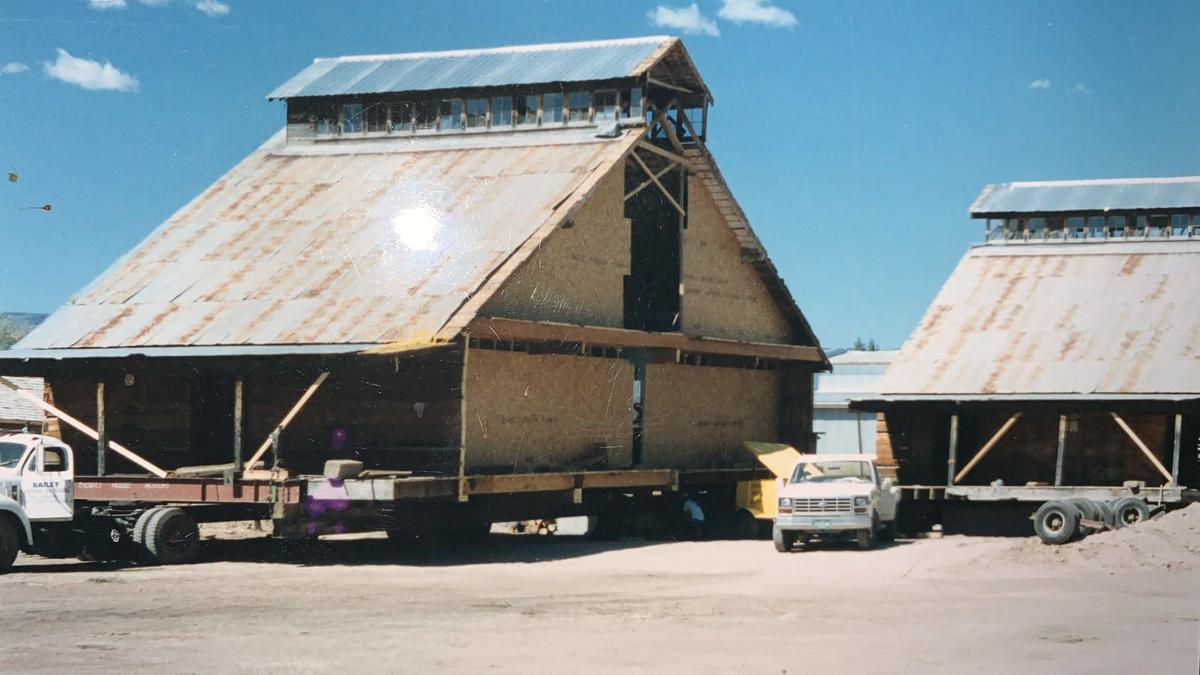 The Stolte Shed moves in the late 1980s. The shed was cut in half and hauled by trailer from more than a mile north of Cedaredge. 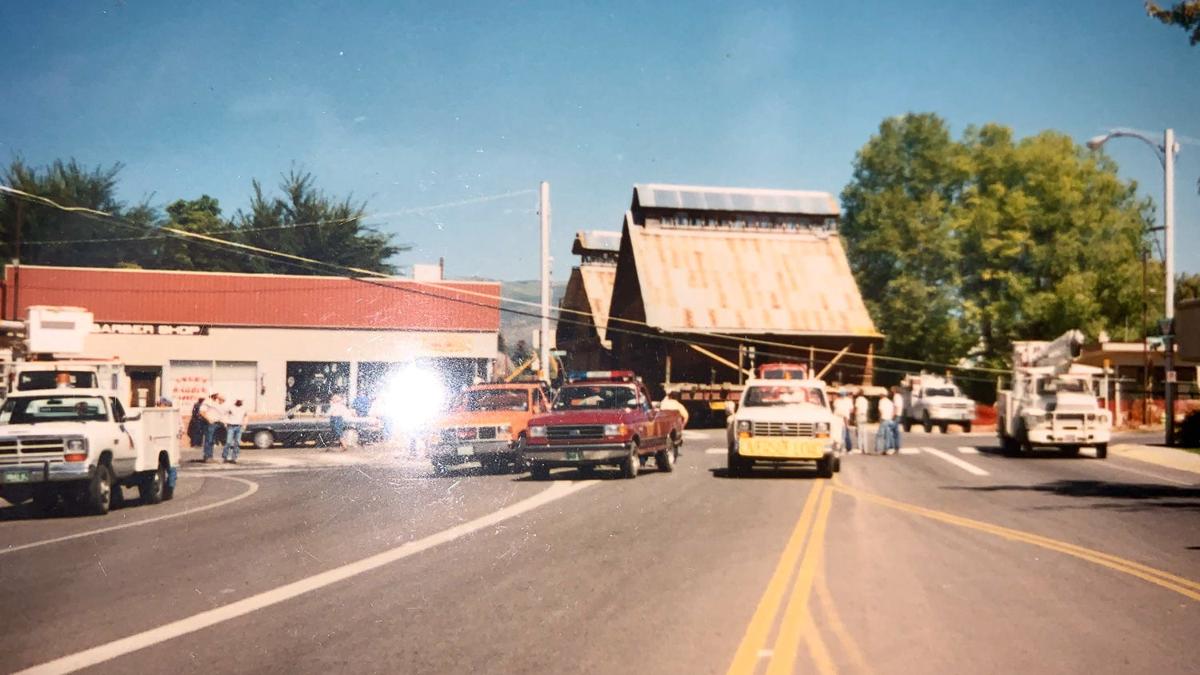 As the Stolte Shed was transported through town, residents of Cedaredge gathered around to watch. 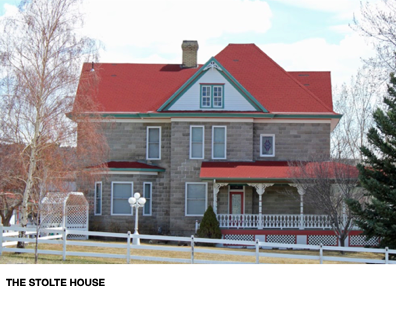 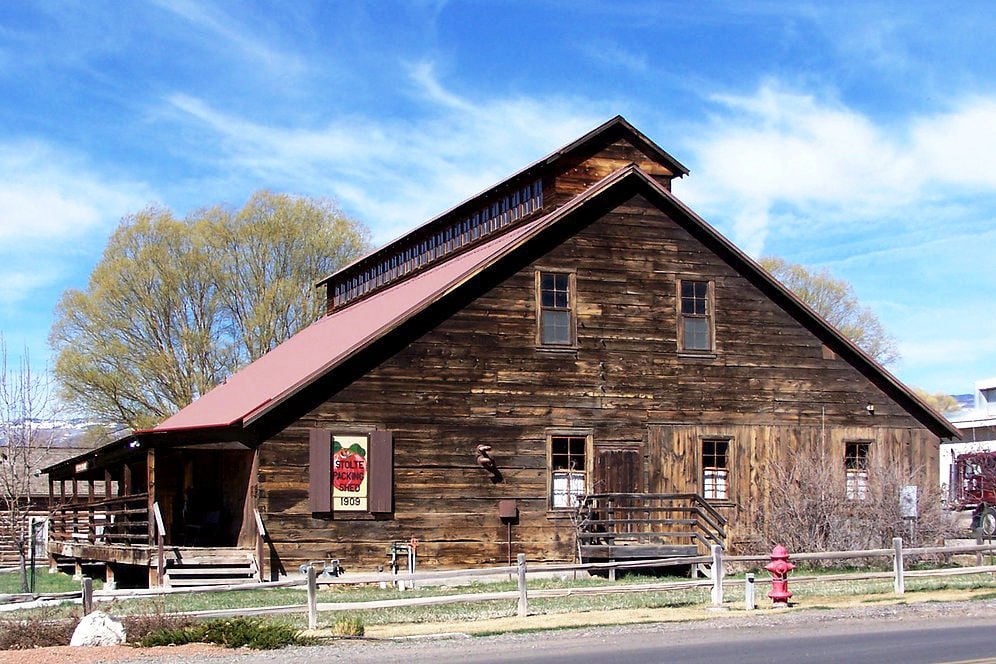 The Stolte Shed moves in the late 1980s. The shed was cut in half and hauled by trailer from more than a mile north of Cedaredge.

As the Stolte Shed was transported through town, residents of Cedaredge gathered around to watch.

As if it wasn’t enough for the Pioneer Town Museum to be so close to the highway coming into downtown Cedaredge, a very large, recognizable structure sits out front.

The Stolte Packing Shed has been at its current location for around 30 years now, but the structure itself is actually far older. The structure was constructed in 1911, according to research information provided by Surface Creek Valley Historical Society (SCVHS) Vice President Jerry McHugh.

“It and the chapel happened pretty close to the same time,” McHugh said in regards to the Stolte Shed’s transportation from over a mile north of where it is now. This would indicate that the move took place around 1989, and the process was a memorable one for past residents of the town.

In order to be moved, the Stolte Shed took a fair bit of deconstruction, for one thing, and according to McHugh, the transportation drew a crowd as residents gathered to watch.

“They cut the building in half and loaded each piece on trailers,” McHugh said, “and as it came down Highway 65, they released the power lines, and everything had to go under, so they could raise them up high enough for it to go under.” There was a parade and the streets were packed with people.

Supervising the move at the time was Cedaredge resident Tom Cooper. Overall, the SCVHS raised $38,000 to move the shed.

Now, the Stolte Shed sits with the rest of the museum as a kind of an historic, local tribute. It’s built from Douglas fir from the Grand Mesa, and it served the purpose of washing and storing apples, which are still the big fruit industry of Cedaredge today.

The top floor of the shed, which features a long row of windows, featured a 50-foot conveyer belt which delivered the apples to various tables where they were sorted and packed accordingly, to then be sent to the basement to be stored and cooled.

This process did not happen in the current location of the Stolte Shed. Instead, it happened at the shed’s old location, owned and operated by the Stolte family.

While the shed is front and center in town, the Stoltes’ family home also still stands, having in fact been restored around the same time that the shed was moved. While it’s on the National Register of Historic Places, it is also completely habitable. It is currently the home to Keith and Gayle Butler, who were responsible for the house’s restoration.

According to McHugh, the Bulters “are responsible for its beautiful makeover from haunted house to historic stunner.”

As the story of the Stoltes goes, Henry Stolte was born into the family of Ernst and Elizabeth Stolte in 1876. Ernst was allegedly one of the first people to raise apples on a commercial basis in the Cedaredge area.

Ultimately, Henry was one of four children in the Ernst Stolte family, and all four of them played a further part in the Surface Creek Valley’s fruit cultivation, in addition to being involved in the establishment of the First National Bank of Cedaredge.

It was Henry Stolte, along with his wife Rebecca “Dulcena” Wayman Stolte, who ordered the historic Stolte house north of town through a Sears, Roebuck and Co. catalog in 1911. At the time, this was an early example of manufactured housing, though it is not comparable to manufactured homes of today. It was two stories, 12 rooms, large enough to house Henry, Dulcena and their 10 children and it cost less than $2,000 overall.

The house came to Delta via two rail cars coming from Chicago. It came in 30,000 precut pieces, with 750 pounds of nails. Henry picked up and loaded the materials in a horse drawn wagon and took it all to Cedaredge. McHugh noted that the Stoltes also payed extra for “modern conveniences,” such as lighting, heating and plumbing.

One special request that Henry and Dulcena Stolte had made upon ordering their house was that it be delivered without its default block exterior siding, as they instead wanted to use local block made by Virgil Bouldin for the exterior. With that, the house was quickly constructed according to plan.

Following the death of Henry in 1946 and the death of Dulcena in 1974, the house remained in the family until 1980, at which point it started taking on rumors of being haunted.

“There’s a lot of old houses that, when they got abandoned, people just start making stuff up and it became local lore,” McHugh said. In the Stolte house’s case, that faded away just as quickly after the Butlers put the building through a several-year restoration.

Of course now, approximately 30 years after the Butlers bought the old Stolte house, and about that long after the shed was moved over a mile, both pieces of the Stoltes’ local legacy continue to be used in practical ways. The house still provides a home, while the Stolte Shed is a popular community venue for wedding receptions, family reunions and multiple other events.

Hotchkiss to support new ‘Back the Badge’ measure