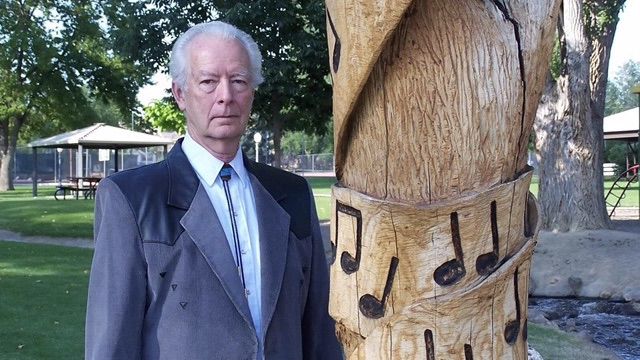 Bob Wear stands by the wooden bear and music statue at the Cedaredge Town Park. 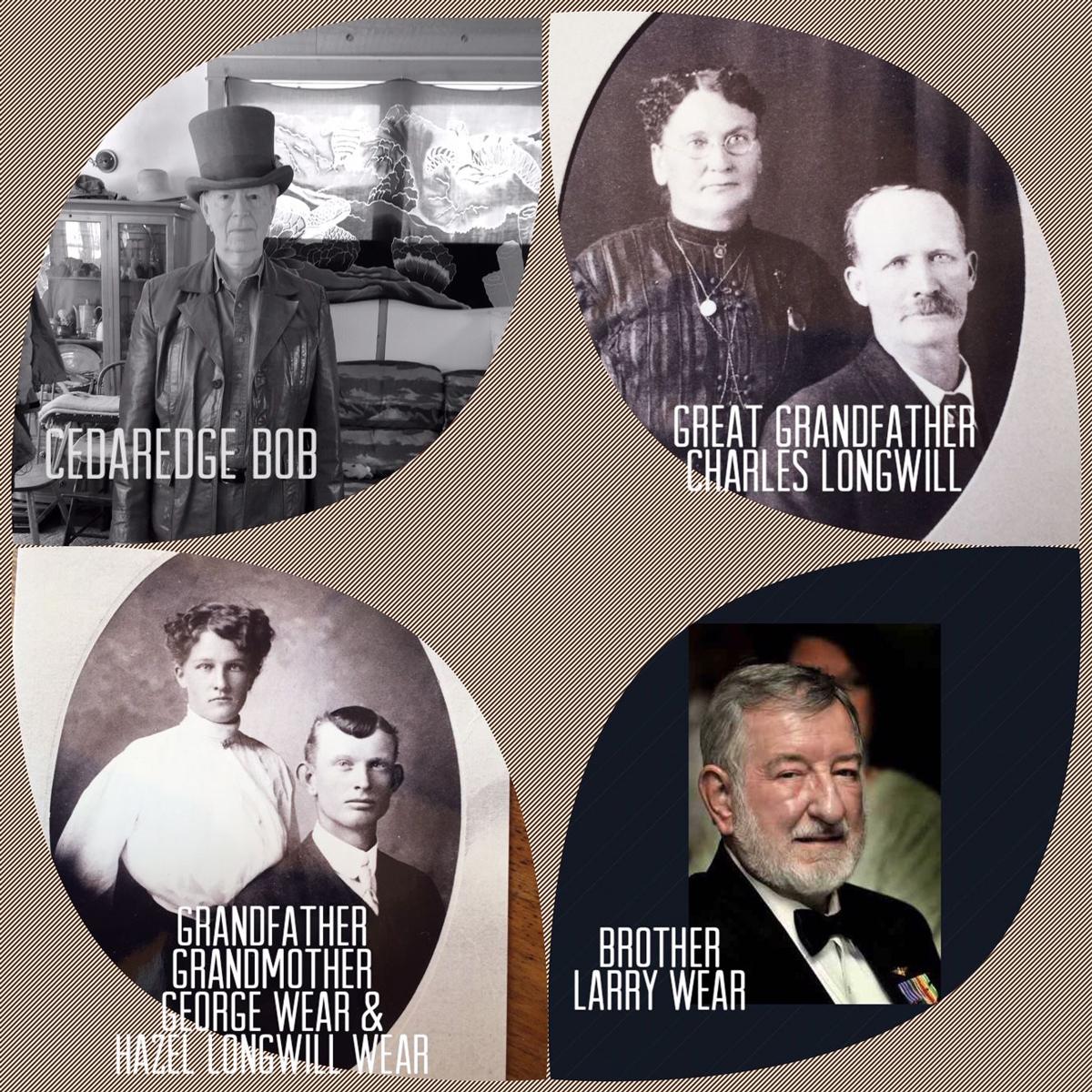 Bob Wear's family. Wear came from a musically-inclined family and grew up in Delta. 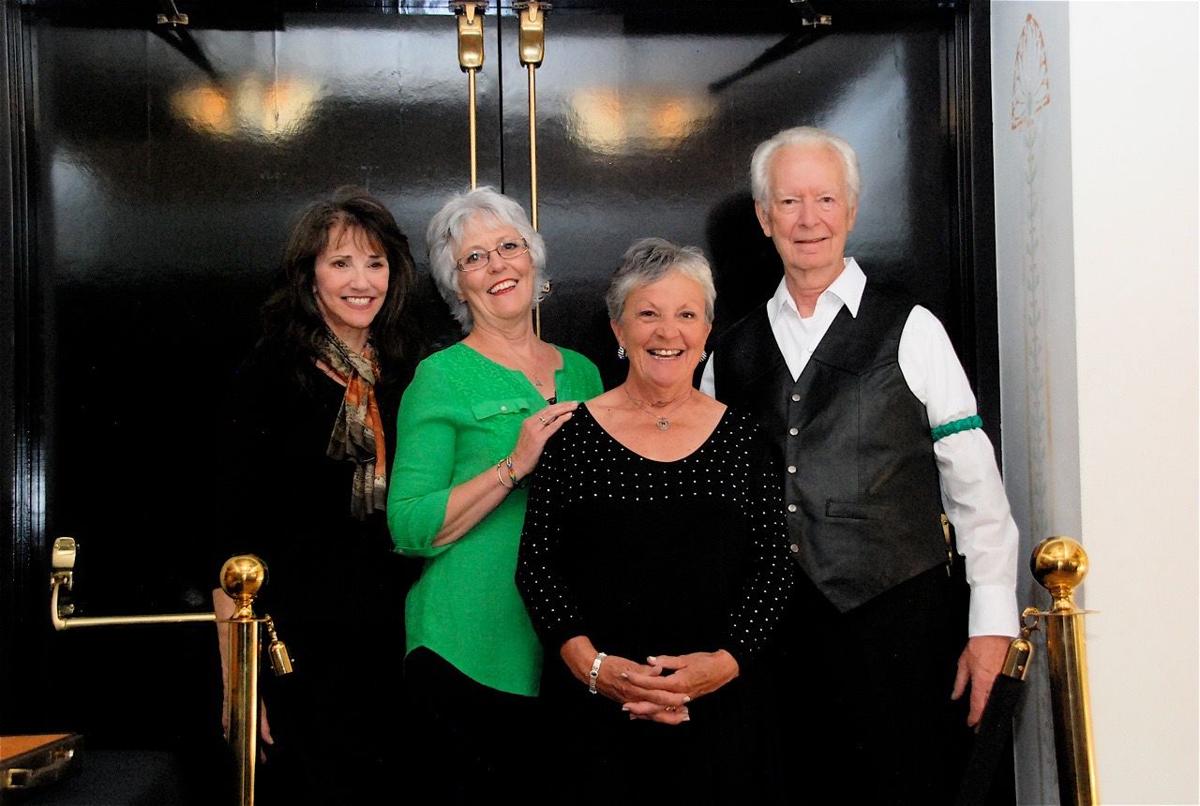 Left to right: Beth Williams, Nancy Carlson, Sharon Clark and Bob Wear. The four get a photo together during the SHOW Bar event in Telluride. 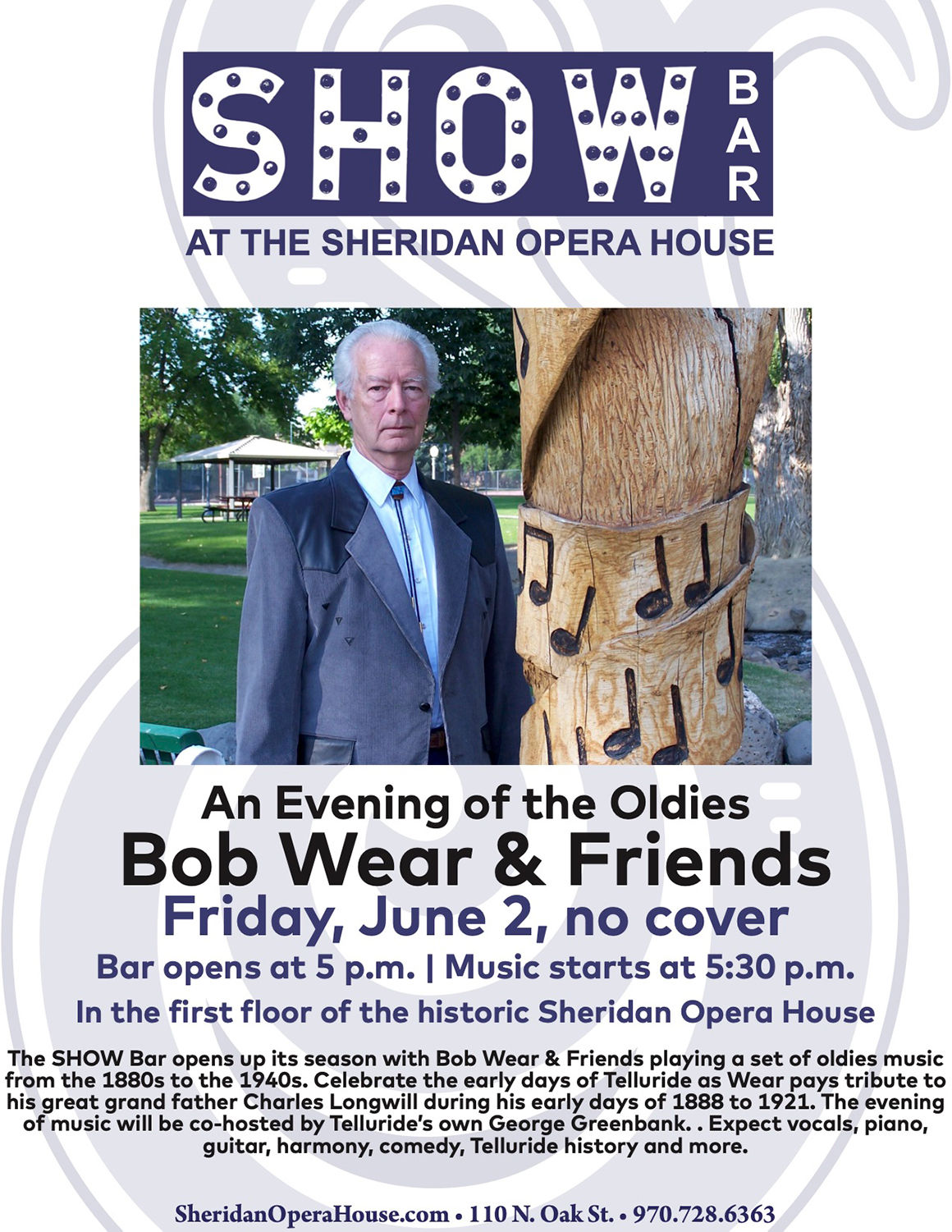 A flier invites friends of Wear to see him perform at the SHOW Bar at the Sheridan Opera House in Telluride.

Bob Wear stands by the wooden bear and music statue at the Cedaredge Town Park.

Bob Wear's family. Wear came from a musically-inclined family and grew up in Delta.

Left to right: Beth Williams, Nancy Carlson, Sharon Clark and Bob Wear. The four get a photo together during the SHOW Bar event in Telluride.

A flier invites friends of Wear to see him perform at the SHOW Bar at the Sheridan Opera House in Telluride.

A little over two years ago, Cedaredge resident Bob Wear wrote a love song about love songs, recorded it and gifted it to his wife. He was used to singing. He was used to recording himself. It was one of two times in which he created a new song from scratch, sang it with instrumental accompaniment and recorded it (either into GarageBand or Audacity) with his iMac computer’s microphone.

Now, at 81 years old, Wear hasn’t been a stranger to music since he was a kid, but retirement brought it out in him.

“I always loved music, but I just decided I needed something to do after I retired and we moved back over here, and I just thought, well, that would be something fun because I do love to sing,” Wear said. “I don’t play an instrument of any sort anymore, but I do sing along with things I find on the computer and kind of have an affinity for old, old music.”

Appropriately, the song that was a gift to his wife is titled “Love Songs of Long Ago” and has an earlier 20th-century vibe to it.

His nostalgia for the older style of music comes from his childhood and the memories of music from that era.

“As a child, we had an Edison record player up in our cabin on Grand Mesa, and my favorite song out of that was a song called ‘Barney Google,’” Wear said. “Barney Google” is a 1920s era song about “the most important man this country ever knew.” (It was Barney Google with the “goo-goo-googly eyes.”)

Music ran in the Wear family, to the point that Wear grew up with that art form in his own household. Apart from the fact that his family enjoyed listening to music, his parents also sang.

“My dad was a base, like I’d always like to be, and my mom sang alto, and they had a good friend who was a tenor,” Wear said. “And we’d go camping, and they’d sing around the camp fire, so that’s kind of where my love of that kind of thing comes from.”

Wear left Delta County in 1956 but ultimately returned when he moved to Cedaredge about 15 years ago. Spending more time on his music, he started taking voice lessons with Mary Ann Rathburn, a local voice instructor, and doing his own covers on older songs that are important to him.

“I’ve kind of gotten into doing a bunch of songs from the prohibition era and things like the ‘Alcoholic Blues’ or ‘Budweiser’s a Friend of Mine.’ They wrote so many comedy songs in those days that are really kind of fun to do.”

Since Wear plays no instruments, he’s had help with accompaniment throughout his projects, often with Cedaredge resident Sharon Clark, who plays piano. He’s also had help from Paonia resident David Snider, who wrote and performed the accompanied part to “Love Songs of Long Ago.”

He’s also had support and help from Beth Williams, who is also a local to Cedaredge, is also musically talented and had a radio show on which she has played Wear’s songs in the past. Williams helped Wear when he was just starting to record himself after coming to Cedaredge.

“I’ve known Beth for a really long time, she’s marvelous,” Wear said. “Just a really nice person and very talented.” Williams helped him with a program in Telluride called the SHOW Bar, which took place at the Sheridan Opera House.

Wear performed at the SHOW Bar because his great grandfather lived in Telluride from 1888-1925. “I wanted to honor him and sing songs that were of the years he was in Telluride,” Wear said.

Now as he records, Wear utilizes the ever-improving technology to make quality recordings with no more than his computer’s microphone and some simple recording software, as well as a program called Smart Score, which can read music and serves its purpose for transposing music.

At this time, Wear is also learning about a program called Band-in-a-Box, which has the ability to create higher quality digital accompaniment, but the instruction manual is extremely long.

Wear’s been working with computers since 1958 and is aware when he finds the software’s shortcomings.

“I enjoy the challenge, I really do,” Wear said. “It get’s discouraging at times when you can’t get it to do what you want, but sometimes it’s not my fault. Sometimes it’s the program doesn’t want to do it.”

Retirement has allowed him to fully return to his roots and sing, though at this time, Wear’s music is not openly available to the public, as sharing his covers of songs and his own original art has not been something he’s gotten into at this time.

“I haven’t put them on YouTube or anything at this point,” Wear said. “I thought if I had a few more, I might start doing that.” He used to feature covers of old songs on Facebook, but he hasn’t done that recently. “I want to do that again once I get a little bit more music put on it, get my Band-in-the-Box program working the way I want it.”

At this time, he’s doing it because he loves to and because he wants to. It’s something that was a massive part in his life growing up, and he urges younger people to hold onto it if they’re into it.

“I like to encourage young people to get involved in music, it’s something that can last a lifetime,” Wear said. “Stay with it. When you’re my age, you can still do something with your music.”

Listen to "Love Songs of Long Ago" (by Bob Wear and David Snider) here:

You mention dogbane — what's the deal with this plant?