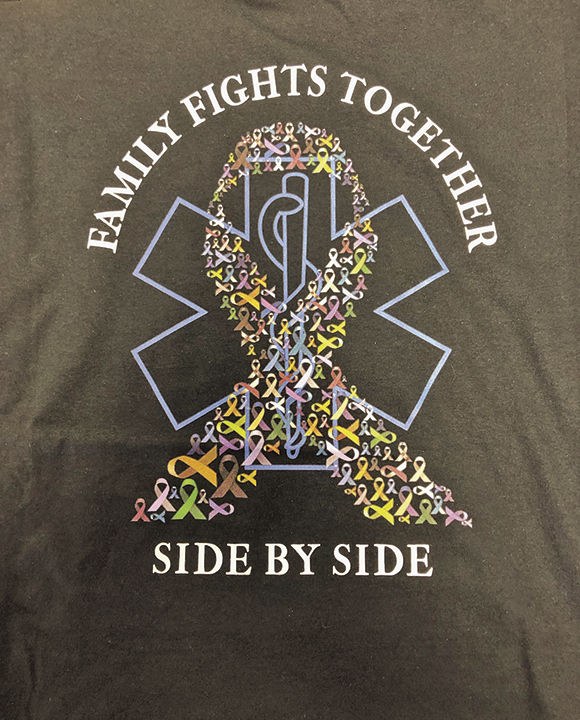 The design used on the T-shirts used for the cancer awareness fundraiser. 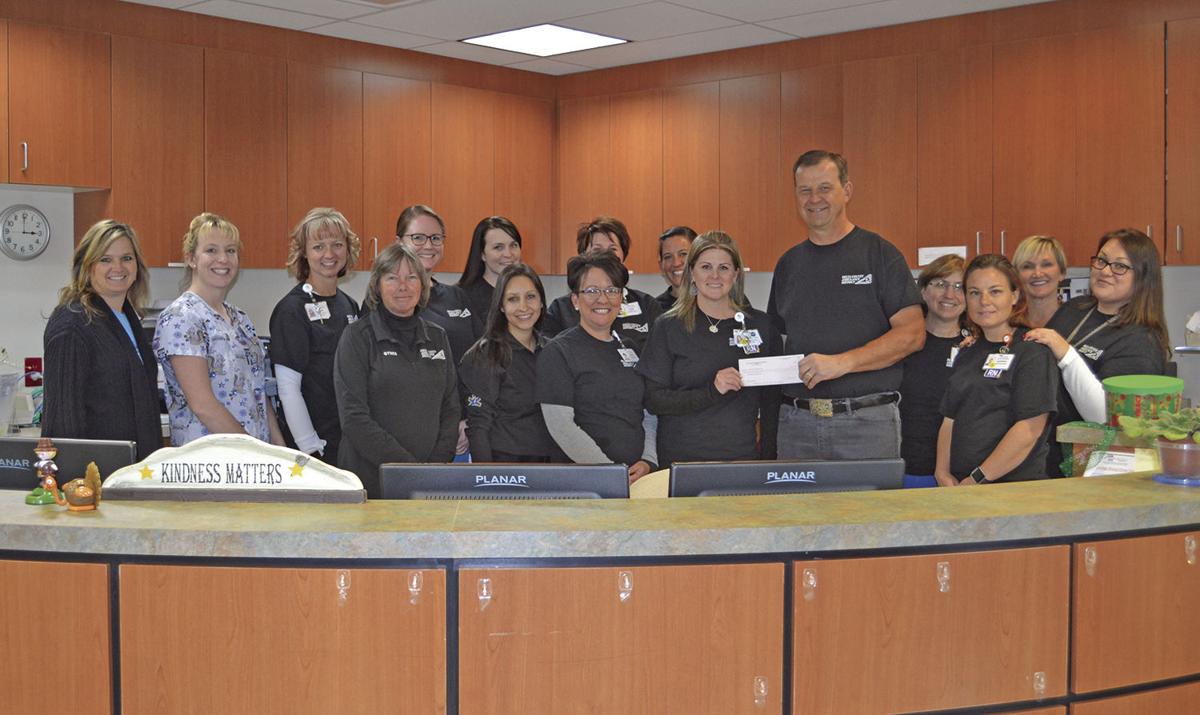 The design used on the T-shirts used for the cancer awareness fundraiser.

October is cancer awareness month, for the past several years, the Delta County Ambulance District has taken part in raising funds for those battling cancer. This has taken form in the selling and wearing of T-shirts and, new this year, pins. The district was able to raise $1,200 for the Grand Mesa Oncology Center, said Charles Hufman, DCAD PR lieutenant. A check was recently given to the center.

In the past, the ambulance crew wore pink shirts for breast cancer, but this year, the T-shirts were more patient-driven, meaning there was a focus on cancer in general. Many patients at the center reminded staff that women get other forms or cancer, too, which helped drive the decision to change the focus. The T-shirts sold had the ribbons for a number of cancers on them.

“To me that was really important and meant a lot because we were able to look at all types of cancers rather than just breast cancer,” said Jacque Davis, marketing director at Delta County Memorial Hospital.

Hufman said they got excited as a crew to make this year inclusive as many on the crew had some experience with cancer. Hufman’s wife, is a cancer survivor and that makes this effort personal, he said.

“We want cancer cured; we just don’t care which one it is,” he said. “It seems like cancer impacts all of us in some way, shape or form. As medics, we see a lot of the end (results). Sometimes we take care of the people that aren’t going to make it, and it’s rough. That’s why I think we took this on as an opportunity to let the community know we care, and we’re trying to help them.”

For the third year, the Delta County Ambulance District partnered with the Grand Mesa Oncology Center to help raise money for cancer patients. Hufman said the district chose this organization because its members wanted to support a local group and local patients.

“As an ambulance district, we just want to help the community that’s in our district,” Hufman said.

The oncology staff, as well as representatives from the ambulance district, went to community events to help sell T-shirts. The efforts were well received from the community, said Nysha Wilson, manager at Grand Mesa Oncology Center.

“It was more about why don’t we support what we have going on here in the community and this is what (the funds are) going to, and believe it or not there were more people that were coming and putting donations in rather than even buying the T-shirts which was neat to see,” Wilson said.

“We wouldn’t have been as successful,” Hufman said. “We got to work together with them — they did it here, we did it there — and we found it to be much more successful (then doing it by ourselves).”

The money raised will go into the Delta County Memorial Hospital Foundation — Grand Mesa Oncology support fund, said Wilson. Donations will be used for continuing education for staff, the hospitality cart and for a new program for people in need. This program that is set to start next year will help those who need extra services — transportation, for example — as well as yoga or massages for those receiving treatment.

“I just want to thank all of the ambulance crew for all of their hard work in putting this together and helping to get this coordinated and make this happen for another year,” Wilson said.

Pins can still be purchased for $5 at the Grand Mesa Oncology Center, 1501 E. Third St., Delta. Some T-shirts are also available at the ambulance district’s office, 60 Heinz St., Delta.