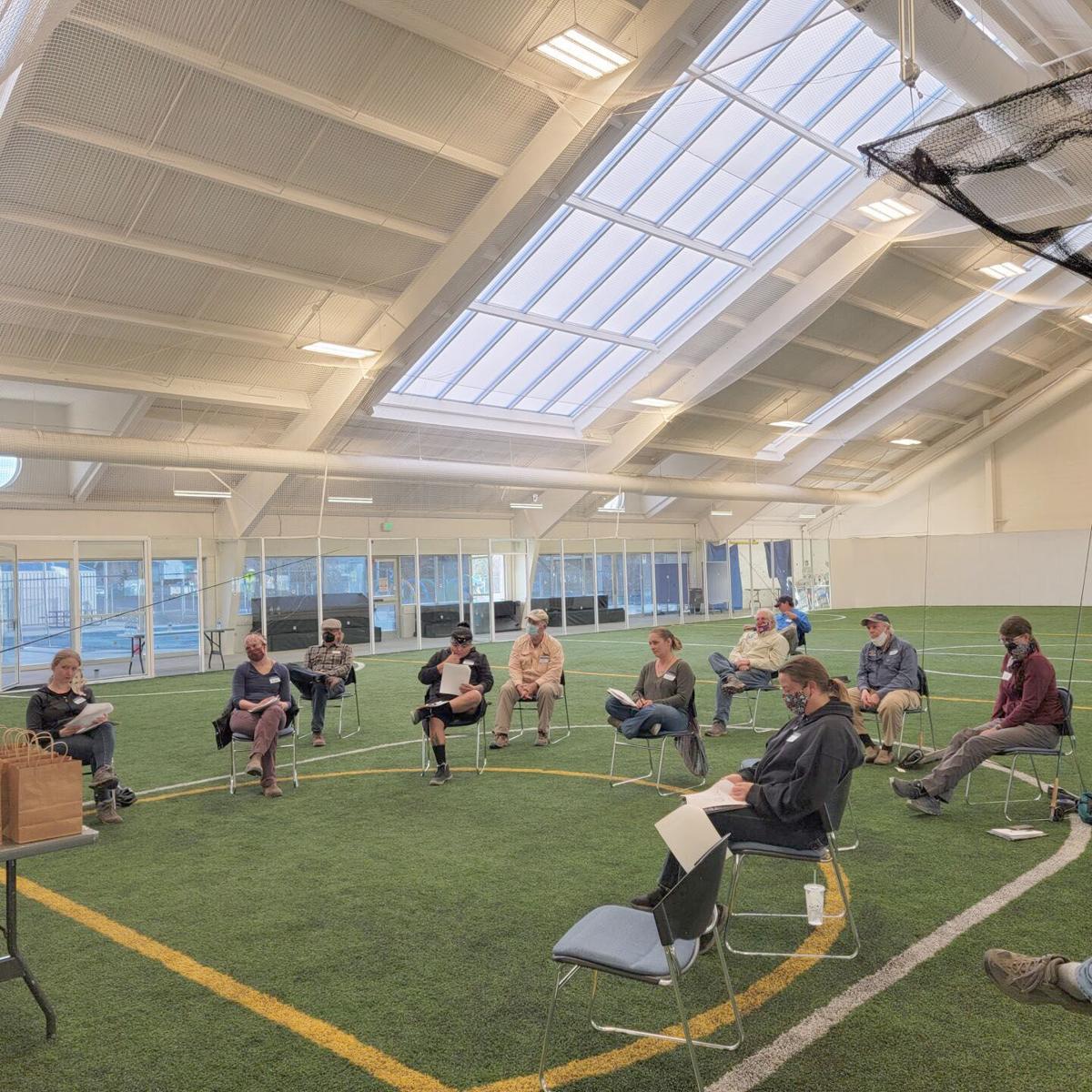 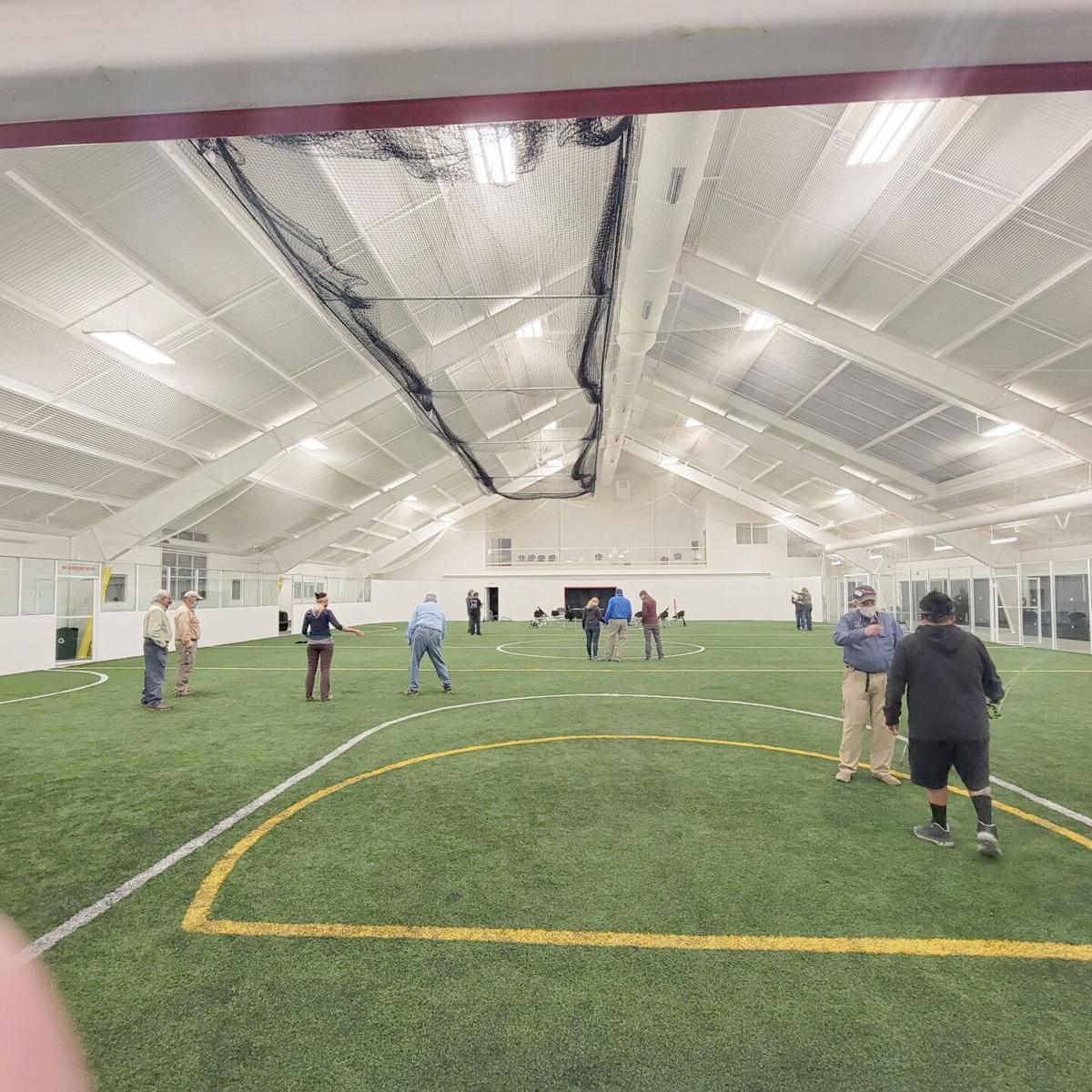 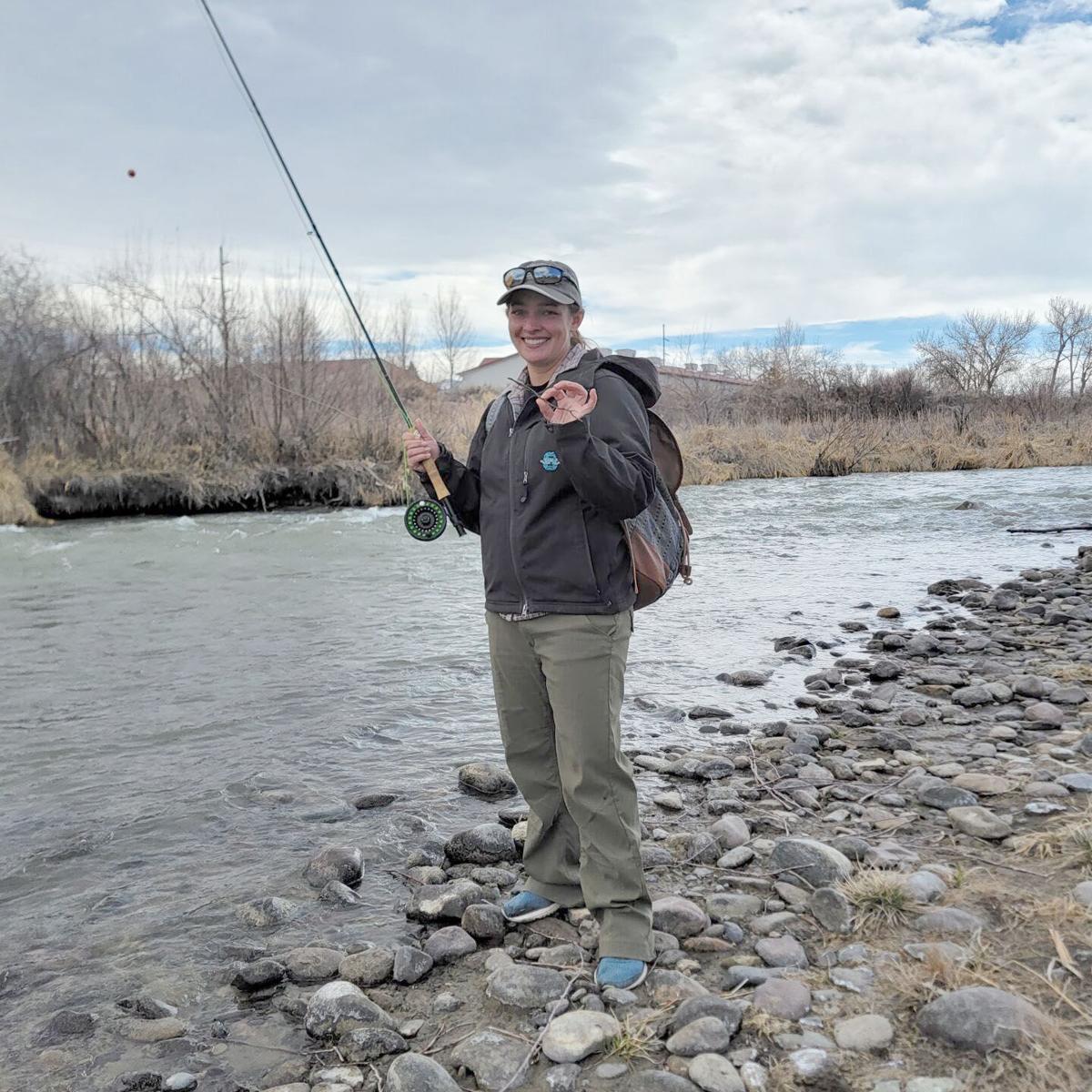 Spring 2021 participant Alaina Bailey with a "twig trout" that yours truly got her hooked up with. 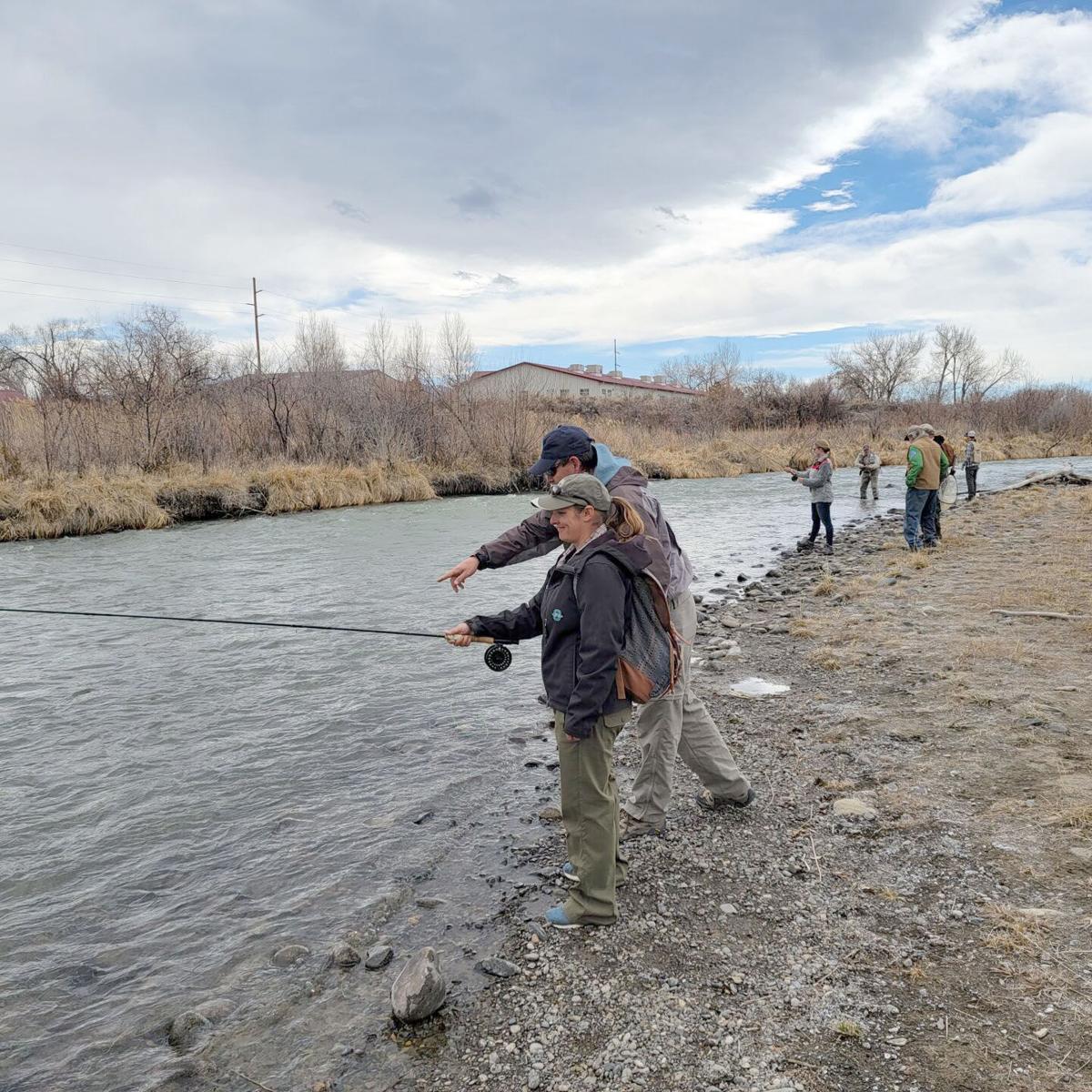 Taken on the Uncompahgre River adjacent to Cerise Park and includes women-only participants from both the Spring 2021 class and Fall 2020 class, as well as volunteer mentors from Gunnison Gorge Anglers.

Spring 2021 participant Alaina Bailey with a "twig trout" that yours truly got her hooked up with.

Taken on the Uncompahgre River adjacent to Cerise Park and includes women-only participants from both the Spring 2021 class and Fall 2020 class, as well as volunteer mentors from Gunnison Gorge Anglers.

Building on the success of the initial offering of this class in October 2020, Gunnison Gorge Anglers (GGA), the local chapter of Trout Unlimited and Fly Fishers International, partnered with Montrose Anglers to offer a class in March. Initially, the class was “overbooked” with seven participants (class “limit” is six), but injuries kept two ladies from being able to participate.

As spring weather in Colorado is notoriously unpredictable, the class was held indoors at the Montrose Recreation District Fieldhouse on March 19. Nolan and Preston, of Montrose Anglers, facilitated the classroom session, introducing the participants to the types of fish in local waters, equipment used in pursuing those fish, what the fish feed on and two basic fly fishing knots the participants needed to know in order to be self-sufficient on the water. Montrose Anglers also provided “goody bags” to the participants containing hats, buffs, a map of local rivers, flies and, of course, the one thing fly fishers (at least the author) can never have enough of, stickers! I followed the classroom session by reviewing the fly fishing “Rules of the Road” then the ladies were assisted in assembling and rigging their rods.

GGA Board Member, and Fly Fishers International Certified Casting Instructor candidate, Bill Frangos, explained the physics that allow a fly rod to perform its function of propelling one’s flies onto the water; then provided instruction and drills for two basic casts that would cover the majority of on-water situations the participants would encounter. Class participants then paired up with GGA volunteer mentors, spread out, and began working on their casting, while Frangos and I roamed about offering assistance as needed.

To complete the experience, and put what they had learned to practical use, the participants were offered an opportunity to meet with volunteers on Saturday, March 20, at Cerise Park, for some outdoor casting practice, followed by the pursuit of trout in the Uncompahgre River adjacent to the park. As this option was a “last minute” announcement, based on weather, only two of the ladies schedules allowed them to take advantage of the opportunity.

Saturday dawned cool, but pleasant, with every fly fisher’s nemesis, wind. This was actually a good thing as, if one is just starting out on their fly fishing journey, learning to cast in the wind is much easier under the watchful eye of more experienced casters. The group retired to the river after the casting practice and, in keeping with the theme of the day, adverse conditions greeted them as the river was experiencing higher than normal flows.

Undaunted, the participants and their mentors made the best of the conditions by discussing what impact the higher flows would have on fish behavior, where fish might be holding, effective ways to put flies in front of those fish, and how to effectively cover the water. While the fish were less cooperative than usual, it was fun to be outside and on a river. Much learning took place, and there were smiles all around throughout the day.

GGA is committed to offering experiences like this class throughout the territory we represent. With that in mind, if ladies (young, or not so young) are interested in learning to fly fish, please let GGA know by emailing gunnisongorgeanglersctu@gmail.com subject line FF101.

Jeff Dean is the president for Gunnison Gorge Anglers.