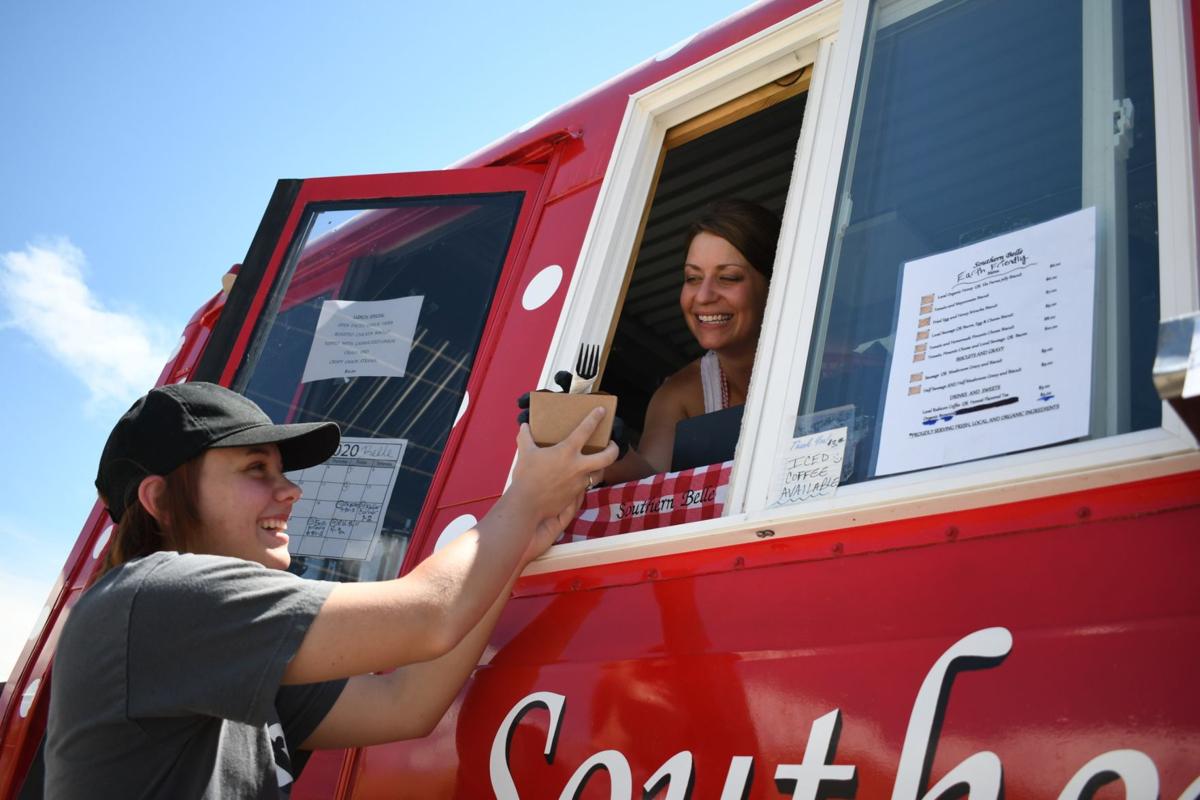 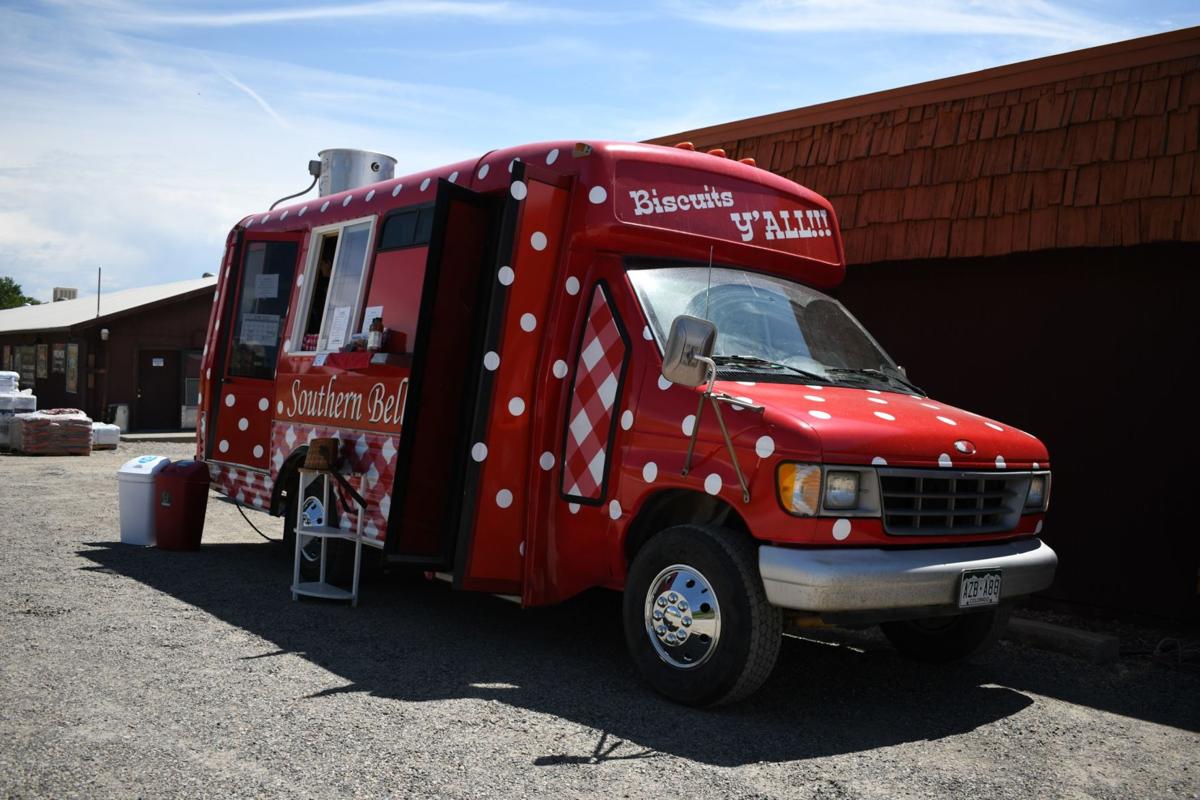 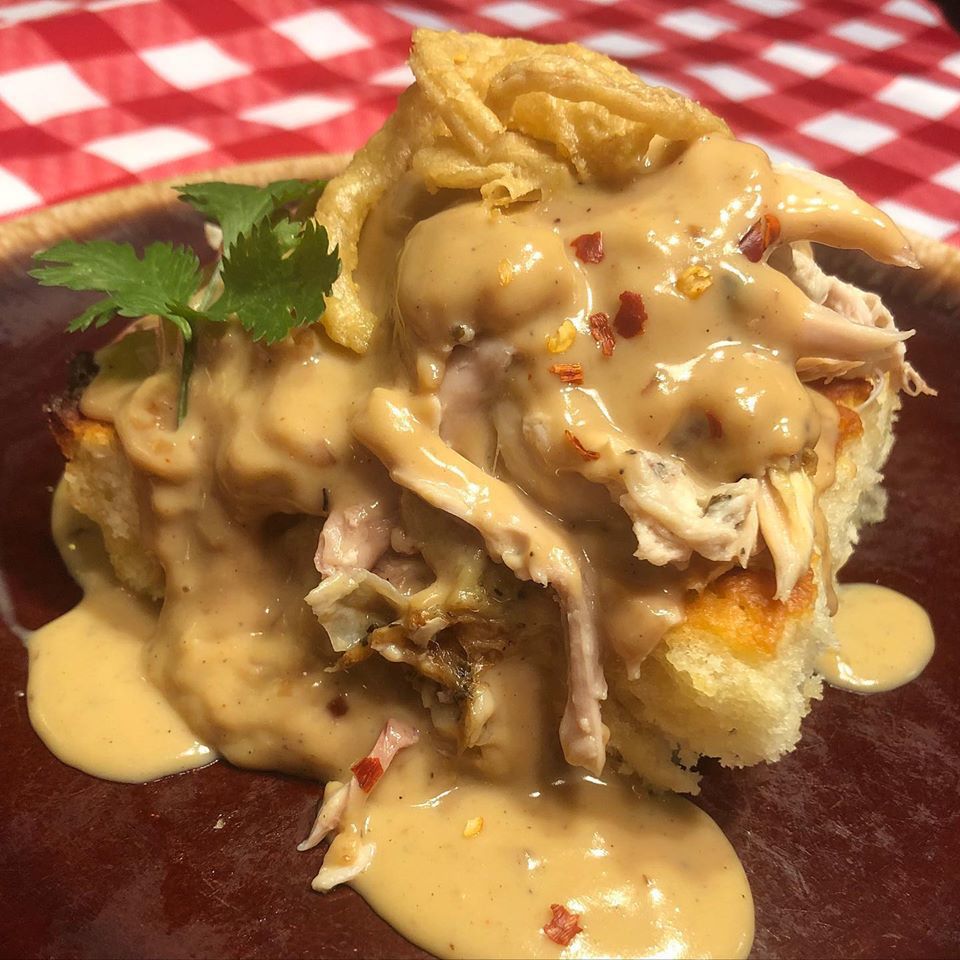 Ellie Mae, the bright red food truck with white polka dots, roaming the mountains of Western Colorado is sure to bring a smile to your face and happiness to your taste buds.

“We started not too long ago in the pandemic, that’s about the craziest thing I’ve ever done,” laughed Lindsey Wynne, owner of Southern Belle food truck.

“I’ve had a dream of it for a long time and things just kinda fell into place. When you’re unemployed, and you’re bored, it was just easier to get it started,” said Wynne in her native southern drawl.

Hailing from southwest Virginia and the Appalachian mountains, Wynne’s food is different from New Orleans or South Carolina where the food is more “creole and spicy stuff.”

“We’re more gravies and pimentos and biscuits and fried chicken stuff like that. So, when I moved to Colorado, it was ‘gosh, I have not any good Southern food’ and I’ve been here, like seven years,” said Wynne, who moved to Paonia about a year ago with her husband.

Like many before her, Wynne was captivated by the entrepreneurial spirit of Paonia and decided to launch her dream of “bringing southern cuisine from the Appalachian mountains to the Western Slope of Colorado.”

Ellie Mae is an old retired nursing home bus complete with a commercial kitchen. The 1994 Ford passenger van was covered with paper mache from the previous owners who ran a coffee business, but with a bit of elbow grease Wynne and her husband prepped the truck before Josh Bourassa, Paonia artist, put on the finishing touches.

“I chose the design and the theme, and he put it together for me. She’s just a southern lady, I feel like. Cause, southern women wear a lot of red and white with polka dots, pearls, the plaid... so, you know when I had the vision, I wanted her to look like a southern lady and I named her ‘Ellie Mae.’”

Wynne’s cooking style has morphed into an interesting mixture of southern-style cooking and organic goodness from the North Fork Valley.

“The town has been super awesome, I think the diversity, something new,” said Wynne who struggled initially to find suppliers for her truck due to coronavirus.

Unable to find a large supplier, Wynne found Don’s Market in Paonia and a number of other local organic suppliers including Colorado Pasture Pork, Ela Family Farms, Farm Runners, Twisted Roots Organic Farms and others to fill her cooking needs. Now she plans to bring more organic offerings to her customers as the farm fresh produce becomes available throughout the valley.

“We’re in the land of abundance, so why not. We have organic buttermilk biscuits that I make into big huge square biscuit that’s more like a cake. We use organic flour, lots of buttermilk. I mean nothin’s is exactly great for ya, healthy wise, but it sure is good,” said the southern cook known for her savory sausage gravy.

Something new to many in the North Fork Valley is Wynne’s pimento cheese spread. The spread or relish contains cheese, mayonnaise and pimentos or cherry peppers, a sweet variety of the large red heart-shaped chili pepper. It can be used to add a twist to any dish.

“It’s differently southern, people don’t even know what it is. It’s used a lot for snacks with crackers. At first people weren’t getting the food, so I started giving them samples of the gravies, the pimento and little things like that. Now, they come back for more, and more and more, they love it, they love it, they love it and say, ‘this is amazing I’ve never had this before’,” said Wynne delighted that her food is catching on among valley residents.

Ellie Mae parked at Earth Friendly Supply Company off Highway 133 on Thursday morning caught the eye of one young traveling worker from Fruita. Faith said she was intrigued to find the bright red food truck offered biscuits and gravy.

“The truck caught my eye first and then I wanted to see if the biscuits and gravy are as good as my mom’s, so I stopped to check it out.”

“It’s love, tons of southern love,” said Wynne with a twinkle in her eye. “I love bakin’ and cookin’ and the southern way is very much about giving and loving and that’s what I feel about my food as well.”

Southern Belle’s menu changes depending on the location although Wynne does keep her gravies, pimentos and breakfast biscuit sandwiches on hand. Every other week patrons can expect a lunch special like buffalo ranch chicken, roasted chicken with caramelized onion gravy, B.L.Ts, pulled pork b.b.q with homemade coleslaw, and there’s also veggie and chicken pot pie biscuits to boot.