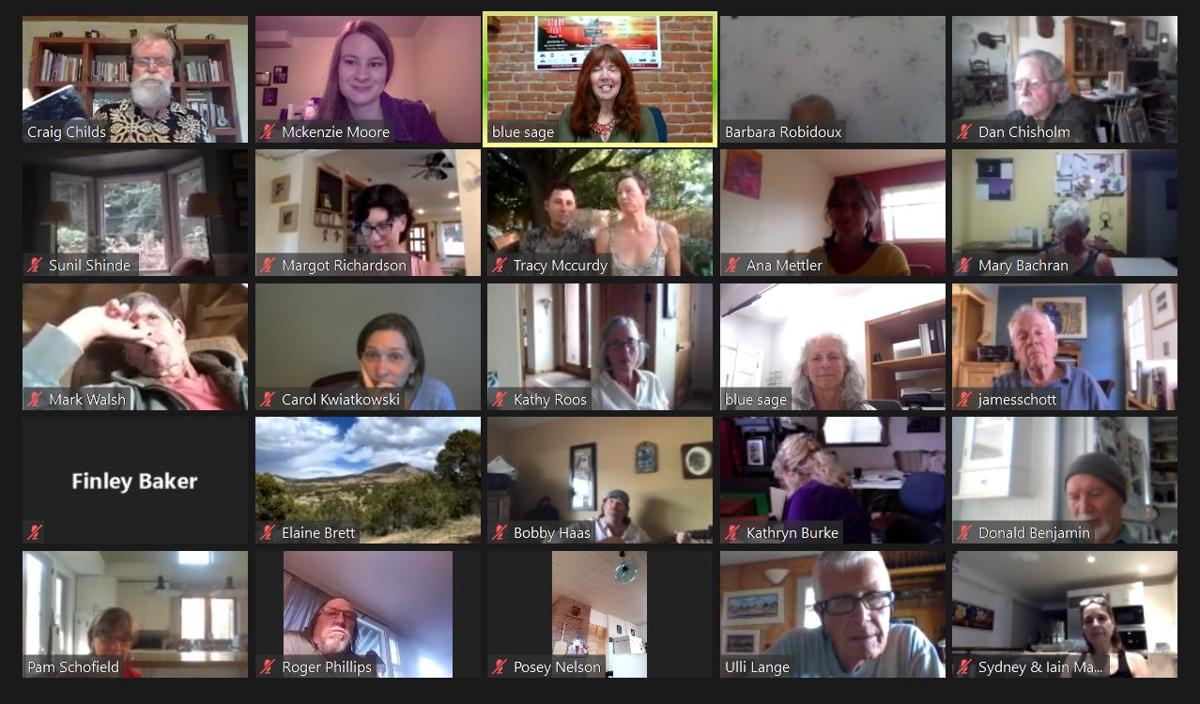 The Blue Sage Center for the Arts' first StoryFest took place June 26 and 27, 2020. The virtual format allowed participants and presenters alike to connect from many different geographical locations. 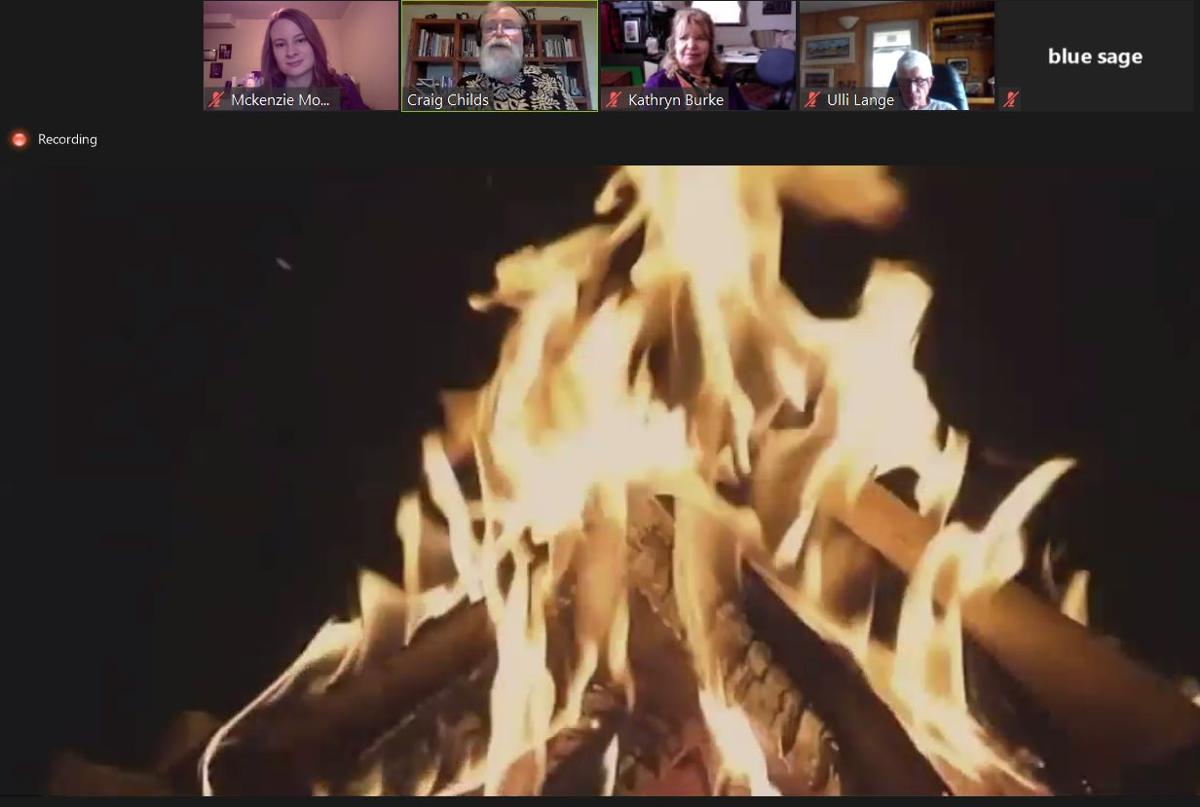 StoryFest kicked off on Friday night with a keynote from panelist Craig Childs, who shared his screen with a campfire graphic to add to his 'campfire stories' and insight on the purpose of writing.

The Blue Sage Center for the Arts' first StoryFest took place June 26 and 27, 2020. The virtual format allowed participants and presenters alike to connect from many different geographical locations.

StoryFest kicked off on Friday night with a keynote from panelist Craig Childs, who shared his screen with a campfire graphic to add to his 'campfire stories' and insight on the purpose of writing.

The Blue Sage Center for the Arts hosted its highly-anticipated virtual StoryFest on June 26 and 27. Participants registered for a variety of story-related classes throughout the day, taught by writers and artists from a variety of disciplines and backgrounds. Around 60 participants tuned in for the event from around the nation.

“We had people from all over the country. Washington, Oregon, New York, New Mexico, California, Wisconsin, Missouri,” Muzikar said. “That’s something that normally would not have happened had it been in person. We felt really good about that.”

An evening keynote by Craig Childs kicked off the event on Friday night. Participants in the next day’s workshops as well as those who had signed up just for the presentation tuned in virtually to the keynote, which included “campfire stories” (the effect was achieved by a campfire visual shared on the screen to all participants) and insight on the importance of writing.

The next day, workshops began with all participants in the main “room” for a crash course on Zoom, then split up into “breakout rooms” with the panelists they had selected. After each session, participants would return to the main room for a feedback poll and a brief break before entering the next session.

Muzikar said that many of the presenters had prior experience with Zoom workshops, but never at the large level of StoryFest. The format allowed for more direct communication in multiple ways — participants could either submit their questions or excerpts in the chat function, say them out loud with video, or say them with only audio. Many presenters also exchanged contact information with participants to continue their conversations beyond the event.

“After the event, I got a lot of feedback from [the presenters] and I think they were inspired also. You could tell that they felt really good about participating,” Muzikar said. “They knew how much effort had gone into it, we had a lot of people that worked to make that happen, and I think they were excited about it.”

The technological aspect of the event was challenging for both participants who had never used Zoom before and for the people behind the screen, but Muzikar said it was nothing that had an adverse effect on the experience.

However, despite the physical distance between participants, Muzikar felt the Zoom format actually helped increase the personal connection of the event by allowing presenters to talk directly with participants and give everyone a visual connection with each other rather than being on opposite sides of an audience.

“You think that Zoom is so impersonal, and in a way it is, but if you have a large gathering, Zoom might make it more personal,” Muzikar said. “People were communicating with the host, and instead of in an audience, it really made it a lot more personal because people could actually see who was speaking.”

The personal connection also extended to the staff and technology assistants for the event, who were able to interact more closely with everyone.

“The most rewarding thing was that we were able to connect with people on a much more personal level. Normally you would sell tickets and people would come to the event, you’d get to talk to them and you feel that that’s personal, and it is,” Muzikar said. “Being virtual, we had to make sure that we could communicate everything they needed to do. So we were in contact with the participants several times instead of just selling the ticket and saying hi at the door. That’s kind of amazing in a way.”

Muzikar said that while she and program director Laura Lee Yates (who she said devoted a great deal of time and effort to the event) were in the gallery to listen in on some of the sessions, they actually began planning next year’s StoryFest. She hopes to have the event in person, but also have a virtual component for people to tune in from farther away. The success of this year’s StoryFest despite the unusual circumstances will set the stage for the second annual event.

“We want to thank everyone who decided that they could do this new form of workshop and for participating, and thanking the presenters,” Muzikar said. “We’re thanking everyone for coming along on this journey because it is a new one, and it might be with us for awhile.”