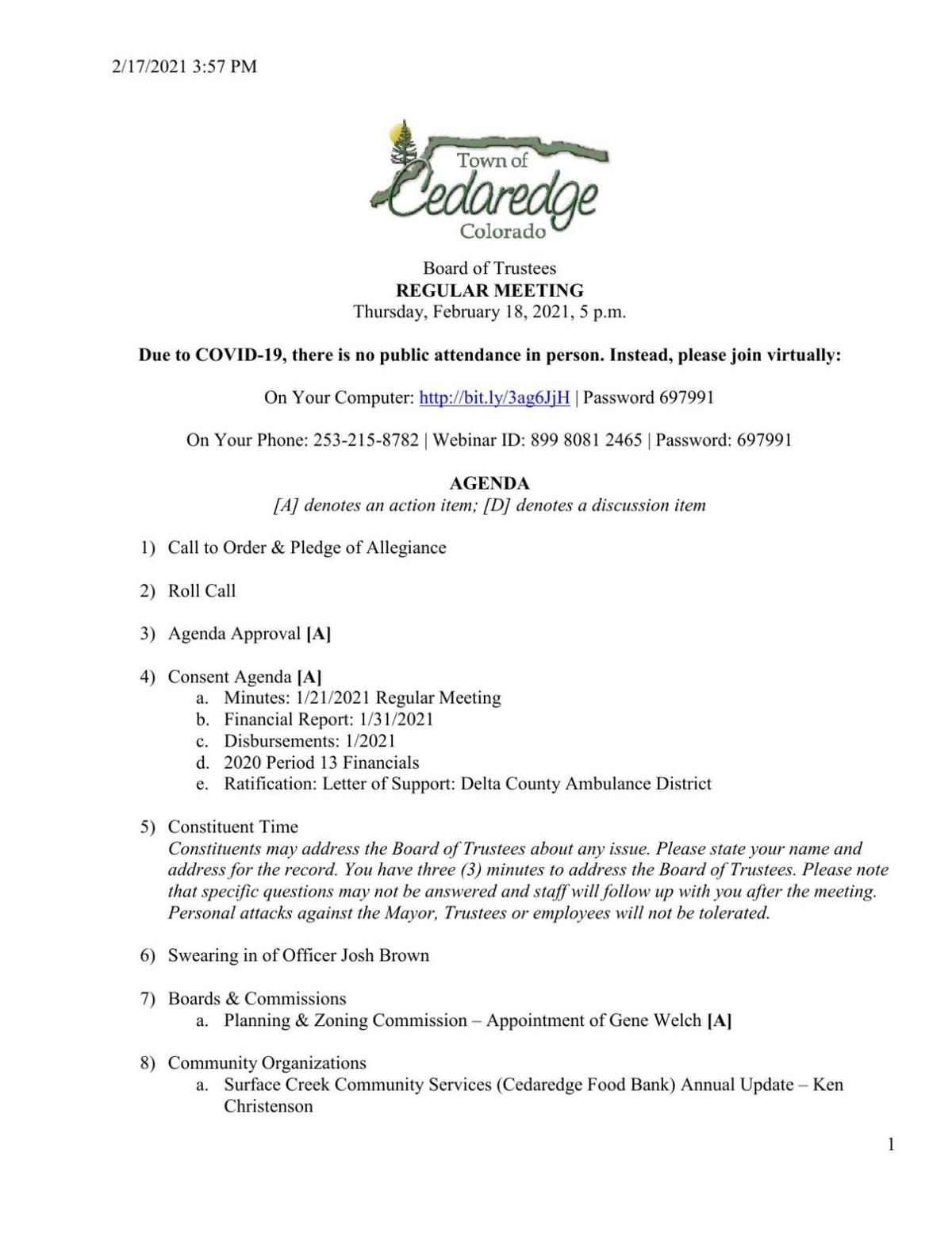 Swearing in of Officer Josh Brown

The Cedaredge Police Department, led by Chief Joe Roberts, came virtually before the Town of Cedaredge board of trustees to swear in Officer Josh Brown, who became an officer with CPD in mid January.

The board received its annual report from Surface Creek Community Service, A.K.A. the Cedaredge Food Bank.

Christenson reported that the Cedaredge Food Bank picks up 3,000-4,000 pounds of donated food per month from Delta Safeway, while Upper Valley Holsteins supplies 4-5 cows a year, processed into hamburger. The Wicks, Eckert Presbyterian Church and Homestead Meats donate most of the processing.

While expenses came out to be over-budget, they were more than mitigated by the extremely over-budget income from donations and grant money.

LaDonna Gunn, director of the Delta County Libraries, gave an update to the board on the libraries’ services, while also reporting how the library is doing.

Specific to the Cedaredge library, Gunn reported that it is the most used library in the county despite also being the smallest. She reported that the libraries have a number of online subscription services available, free online courses, public computers, internet hotspots for checkout, copy, fax and scan and more. 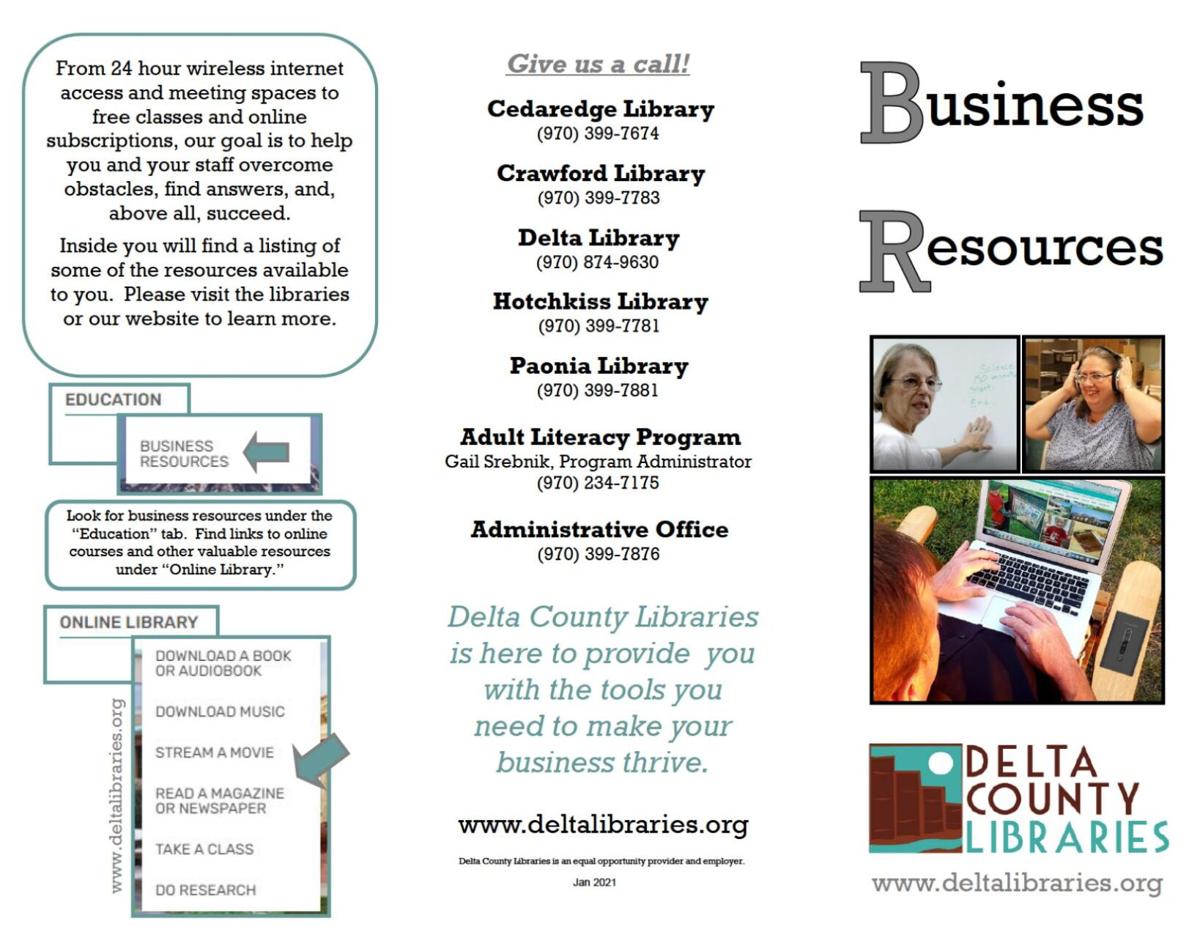 Overall, Gunn indicated that the libraries are shifting with the times, hosting events in its meeting rooms and getting into more digital media options. The hotspots are a big item right now, and in the near future, the library is going to receive Chromebooks that can be checked out.

Cedaredge Police Chief Joe Roberts referenced January as a “good month” for the department in his report. Here, he welcomed Officer Josh Brown to the force and reminded the public that the department’s new office hours are 7 a.m.-5 p.m. Monday-Thursday. Crime statistics were consistent and usual.

In the slower winter months, Public Works Director Jerry Young told the board that his staff was deep cleaning the water filters and planning for capital improvement projects. They have also been working with DOWL to plan a de-watering project.

Snow plowing has been a more frequent activity lately, and the water plant’s computer systems are slated to be updated from Windows 7 to Windows 10 in the spring.

The board approved a memorandum of understanding (MOU) for the Cedaredge Police Department’s (CPD) victim’s advocate services, which works between CPD, the Delta County Coroner, the Paonia Police Department and the Hotchkiss Marshall’s Office. According to Town Administrator Greg Brinck, this will be the third year Cedaredge and the other entities have had this shared service.

The board approved the code allowing TDS to build, construct, purchase, maintain, own and lease telephone lines and associated equipment within the town limits.

The board authorized Mayor Ray Hanson to sign and submit a Department of Local Affairs (DOLA) grant in the amount of $125,000 for the wastewater treatment plant dewatering project. The town has matching funds in place for the project.