The Town of Cedaredge board of trustees held a special work session on Thursday to discuss the rough draft of regulations for medical and recreational marijuana in town, which was composed beforehand by town staff, namely Town Attorney Carol Viner. 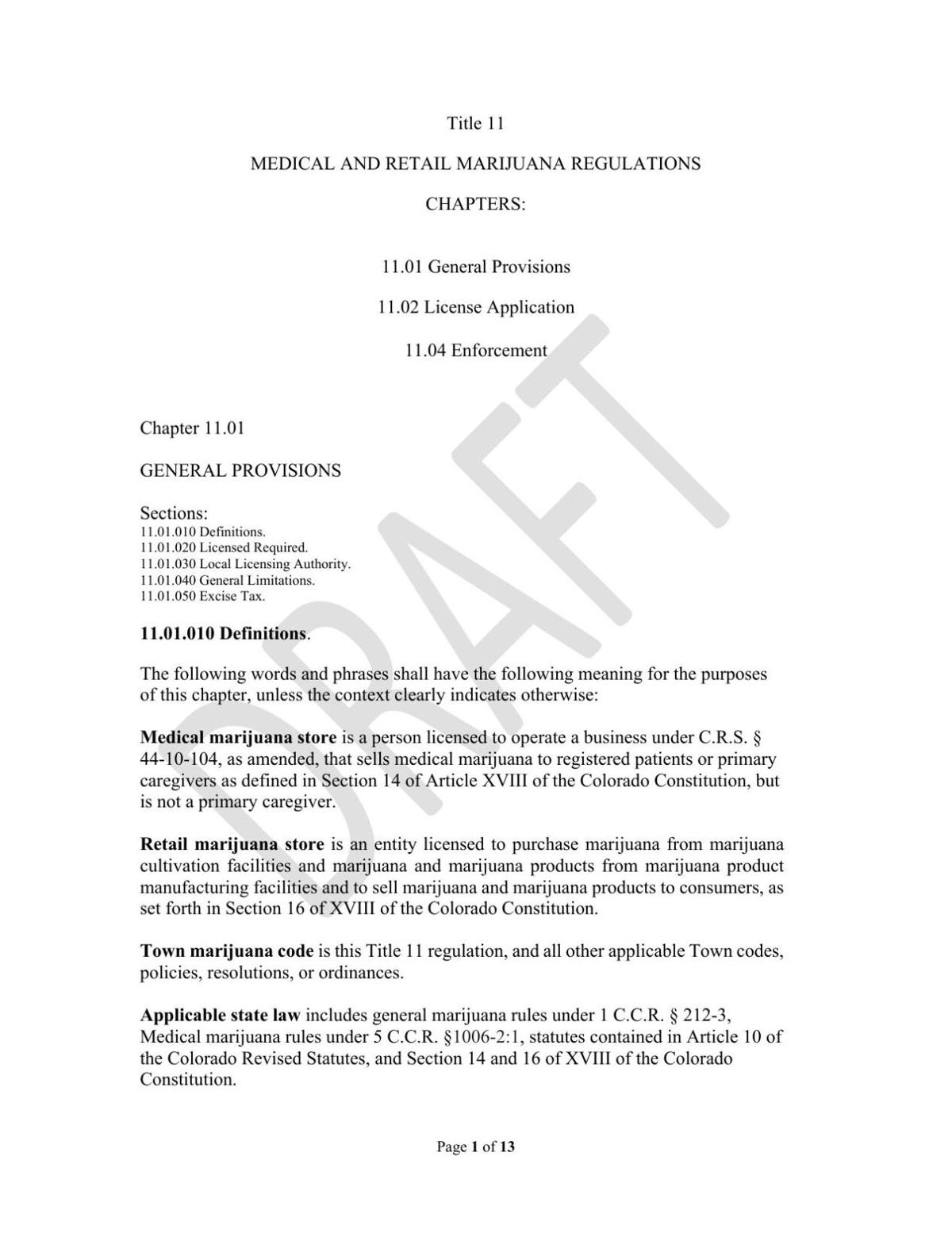 The code covered all aspects of the topic, from general provisions, to license application, to enforcement. It also provided a time at the start of the meeting for Cedaredge residents to comment on the subject.

Firstly, Trustee Cathy Brown, who has been continuously adamantly against retail marijuana in Cedaredge since early discussions last summer, made a cautionary statement against smoking marijuana due to known health risks.

“For the record, I propose that, due to the lung health hazards of smoking, vaping marijuana and the threat of COVID-19 and the respiratory disease, we should restrict new Cedaredge marijuana recreational drug stores from selling or offering any cannabis smoking products including paraphernalia, or table opening the marijuana stores until COVID-19, a respiratory virus, is no longer a threat,” Brown said. “We need to consider the health of our community.”

Mayor Ray Hanson acknowledged that the board would “take note” of Brown’s statement in reviewing the draft code, but the stance did not come up again.

It is notable, however, that Brown’s use of COVID-19 as an argument against smoking marijuana being a contributing risk to the public health is in contrast to an earlier stance she took on the virus. At the Dec. 10 board of trustees meeting, she argued against a unified motion for the board of trustees to always wear masks when at their in-person meetings, stating “I haven’t been wearing a mask for the last six months, so what’s the difference now?”

During citizen comments, Cindi Sovine thanked the town for the time and effort it put into the regulations to make them specific and tight, but stated that she saw no cap on the amount of licenses the town would issue, despite previous discussions. In response, the board of trustees clarified with Viner that a decision had been made that the town would accept two recreational vendors and one medical vendor.

Viner said she would add that detail to the next draft. She also clarified that the number would be easy to change with resolutions down the road. It would not cap the number of allowed licenses forever.

Local resident Chrystal Godfrey also commented with her opinion that retail marijuana should be approved closer to town so that businesses within walking distance will benefit from extra business as well. In contrast, she disagreed with previous discussions which suggested that retail locations would be best suited on the south end of town.

“I would like for the board to take into consideration doing what’s best for the city and the other businesses in the town as far as locations for the stores being strategically placed where it does create foot traffic or just basic traffic,” Godfrey said. “If we just limit those places to south of town, that kind of defeats the purpose of us getting additional revenue from having the businesses here.”

Godfrey also disagreed with Brown’s opinion that they should table the opening of stores until after the pandemic.

After citizen comments, the board and town staff went through the code, which was indicated to be pretty customary for the subject of retail marijuana.

Trustee Heidi Weissner reiterated that she preferred the merit-based version of the application process, as she has expressed on more than one previous occasion that she thought it important for any cannabis retailers in town to be as reputable and professional as possible.

On the two processes, Viner said a sort of hybrid process could be possible as well and that she’d work on nailing down some options after the meeting’s conclusion.

In other requirements, the board agreed to require some sort of “solid business plan” for any application to be accepted.

The early draft regulations for retail marijuana in Cedaredge is on the town’s website, at cedaredgecolorado.com, and is attached to the online version of this article.