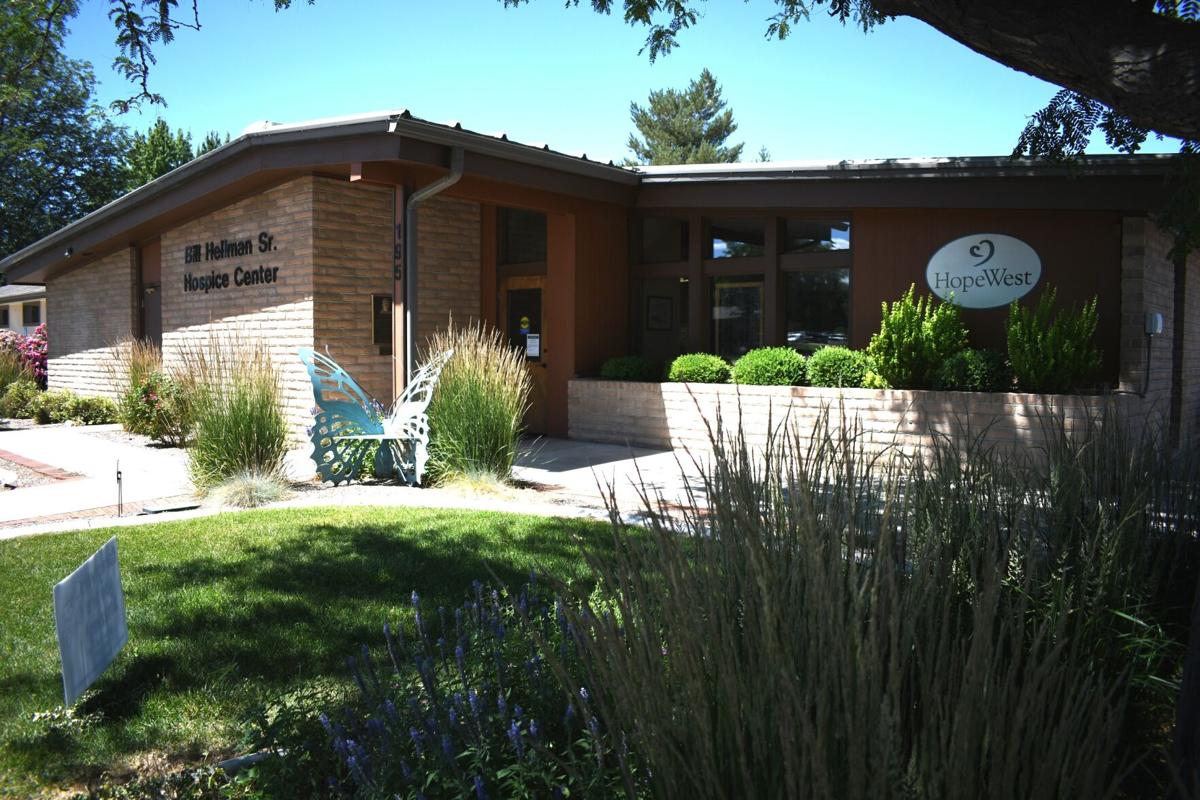 HopeWest at 195 Stafford Lane in Delta was reported on Nov. 4 to be the sixth COVID outbreak site in Delta County. 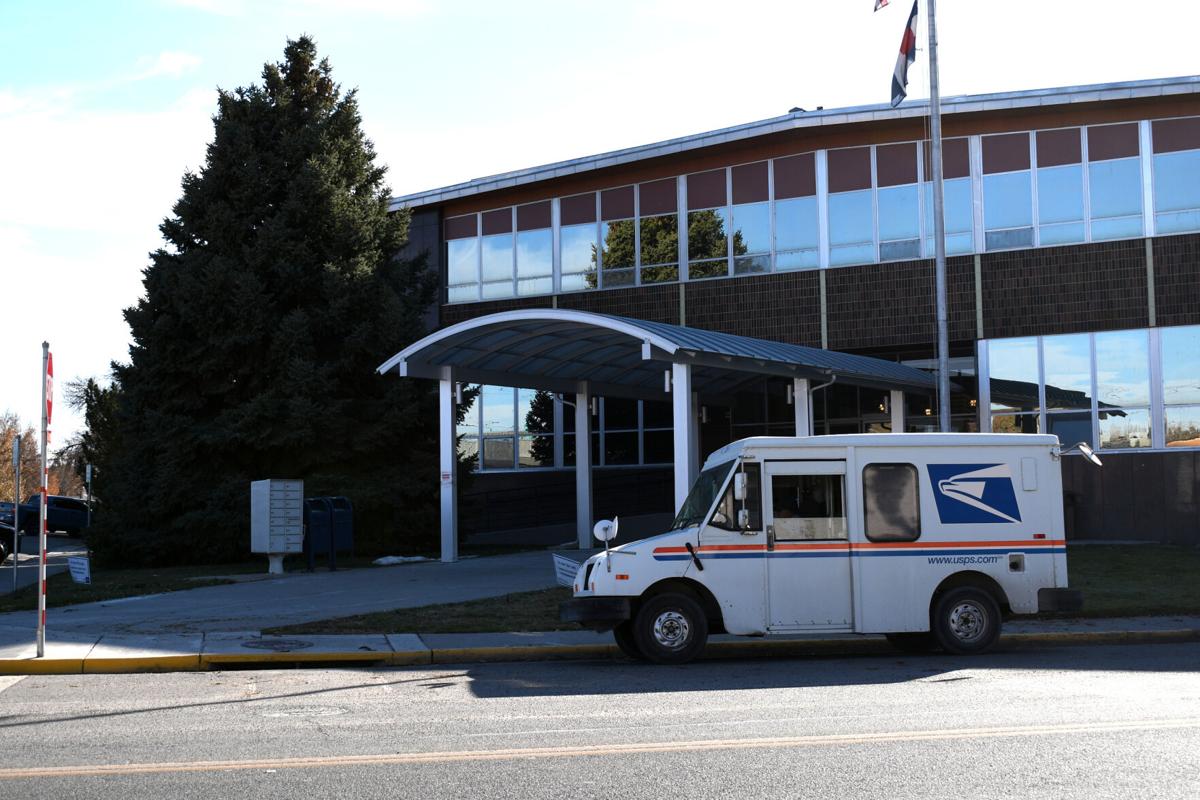 Delta County collected 90% of its 2020 general election ballots from county drop boxes and just 9% via the USPS.

HopeWest at 195 Stafford Lane in Delta was reported on Nov. 4 to be the sixth COVID outbreak site in Delta County.

Delta County collected 90% of its 2020 general election ballots from county drop boxes and just 9% via the USPS.

Delta County Board of County Commissioners entertained two important reports during its first meeting in November. The first report was on county election participation numbers and the second detailed the latest COVID-19 concerns.

“Like everyone around us we’re starting to see cases going up. Our count has been going up, we’ve had 36 in the last two weeks that’s up 38% from a day ago...and we’re at the 5.03% (positivity on testing) when that turns 5.1% you’re going to see it turn yellow (on the dial) and move us to a Level 2- Safer at Home category,” Rajnowski told commissioners.

Before the county is officially dialed back to a stricter level, Rajnowski said they would go through a process with the state and receive advice on what needs to be changed.

The two-week case rate, expressed as the number of cases per 100,000 residents reported in the last 14-day interval, now at 116.07 exceeds 75 on the dial and is another indicator that the county is moving in the wrong direction. Two days ago the two-week case rate was at 83.82.

Rajnowski said the current COVID numbers in neighboring Mesa County have officials concerned as the county has experienced over 700 cases in the last two weeks.

“My hope is that we can kinda stay in this range and then see it start to drop back down, as long as we’re trending in the right direction we’ll be good but we really need to push a lot of the messaging out about ‘get tested, social distancing, wearing masks and washing your hands and being careful when traveling,’” he said.

Most COVID transmissions in Delta County are taking place among family members with a few small outbreaks primarily in workplace settings.

“We aren’t not getting extensive outbreaks but we are getting outbreaks. We’re starting to see it happen in the workplace, so we really need to identify those cases, investigate them and stamp them out so we don’t see more community spread,” Rajnowski said.

To date Delta County has had five workplace outbreaks and one restaurant outbreak. None of the outbreaks were or have been mentioned in Rajnowski’s periodic COVID updates to commissioners.

Prior to the meeting, county officials announced via press release its most recent workplace outbreak at HopeWest located at 195 Stafford Lane. According to the release, a coordinated investigation team including Delta County Public Health and CDPHE has worked to identify the positive cases, and immediately began contact tracing.

The first reported county COVID outbreak was the Delta County Sheriff’s Office on Sept. 22 that case was resolved on Aug. 30. The second outbreak was reported at El Tapatio Restaurant on Aug. 9 and resolved Sept. 5; the third at Leroux Creek Foods reported on Sept. 1 — resolved Oct. 5; the fourth occurred at Wal-Mart Pharmacy on Sept. 18 — resolved on Oct. 12 and the fifth outbreak reported at Delta Building Center on Sept. 15 is still listed as active on the CDPHE website.

According to CDPHE guidelines, a COVID outbreak is defined as two positive cases at the same location within a 14-day period, an outbreak resolution is defined as 28 days after the onset of symptoms of the last case.

During his COVID report, Rajnowski told commissioners that the number of new cases on the county’s dashboard resets at midnight with new cases updated everyday after 4 p.m.

Rajnowski said the health department is changing its testing strategy moving away from the state lab and working with other companies for better turn around times. He said DCMH will continue to work with state labs but could change if ‘there’s a drag on turnaround time.’

The biggest concern for the health department is the possibility of higher transmissions from families to students, a trend now playing out on Colorado’s Eastern Slope. He said keeping Delta County schools open is “absolutely one of our top priorities.”

Teri Stephenson, county clerk and recorder, reported a record turnout with 88% of the county’s 21,988 active voters showing up with 19,453 ballots cast. The clerk compared Tuesday’s numbers to 2016 with 87.6% for the general election and 56.89% voter turnout for the 2018 midterms.

“We had a tremendously good turnout. We had 113 new registered voters on election day and a total of 332 new voters since early voting,” said Stephenson adding that county ballot drop boxes saw plenty of action.

“Our percentage was 90% ballots received from the drop boxes and 9% from mail. We feel those drop boxes are definitely being utilized within our county. We had 918 people come through the front door and 132 people come through the handicap access area, so we had over 1,000 people hit the courthouse yesterday,” said Stephenson adding, that the election team and election judges did a great job.