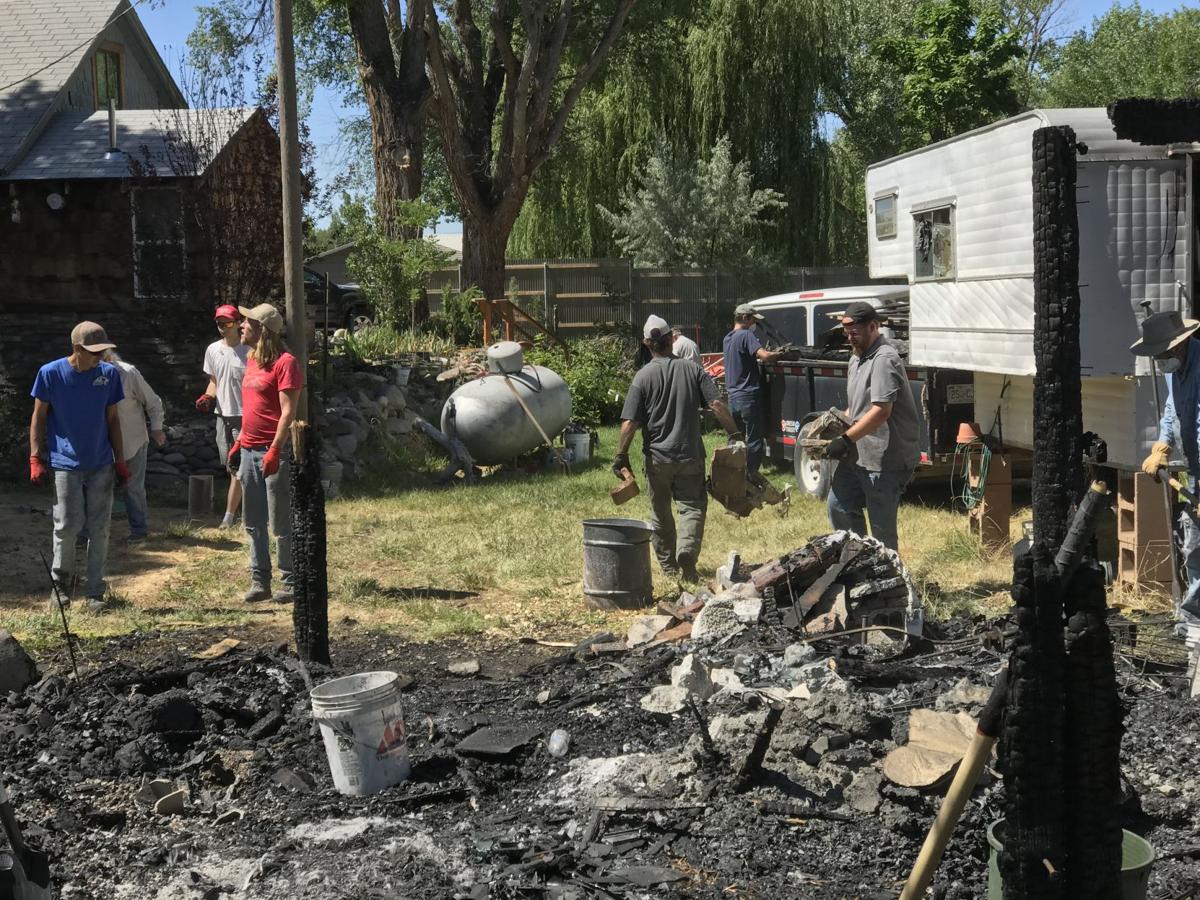 Members of the surrounding community arrive to help clean up the aftermath of the fire.

The Goods' shed burns as neighbors arrive to fight the fire that began in the attached chicken coop.

Firefighters work to put out the fire, which spread to the loft of the barn due to the amount of antique wood inside.

Members of the surrounding community arrive to help clean up the aftermath of the fire.

The Goods' shed burns as neighbors arrive to fight the fire that began in the attached chicken coop.

Firefighters work to put out the fire, which spread to the loft of the barn due to the amount of antique wood inside.

While the lower Grand Mesa’s Squirrel Rock fire was burning June 11, a separate blaze started off the highway in Orchard City at the home of John and Jessica Good.

The fire began in the chicken coop before leveling the tool shed and inflicting damage to the roof of the adjacent barn and a camper trailer.

Because of the Squirrel Rock Fire, the response time from the Cedaredge Volunteer Fire Department was longer as firefighters were busy working on that blaze. It took up to 25-30 minutes for emergency response to arrive.

According to Jessica Good, her family initially became aware of the fire when they heard neighbors shouting outside. They came out to see the fire coming over the top of a neighboring structure, already several feet high.

Immediately, neighbors and surrounding community members — many of which were never identified by the family — arrived to do what they could, helping to spray down the neighboring structure, which was undamaged by the end of the incident.

After the fire department arrived, they took over and managed to extinguish the flame before it got any closer to the house.

However, the community involvement didn’t end there. As the fire had completely demolished the shed and damaged a large amount of wood in the loft of the barn, the Good family was left with an extensive mess in their backyard. This consisted of remains of garden tools, a fence, and everything in the loft that would need either throwing away or relocating.

The community came together to help with that as well. Friends and neighbors came to the scene of the fire Saturday morning to help clean up, essentially hauling off the aftermath of the shed in two dump trailer loads. Others hauled wood and other objects from the loft of the barn, sliding them down beams to people below.

The community made an event out of it, as there was food, drinks and many surrounding friends involved in the cleanup.

“This community really knows how to pull together when it counts, even if tensions are high other times,” Good said.