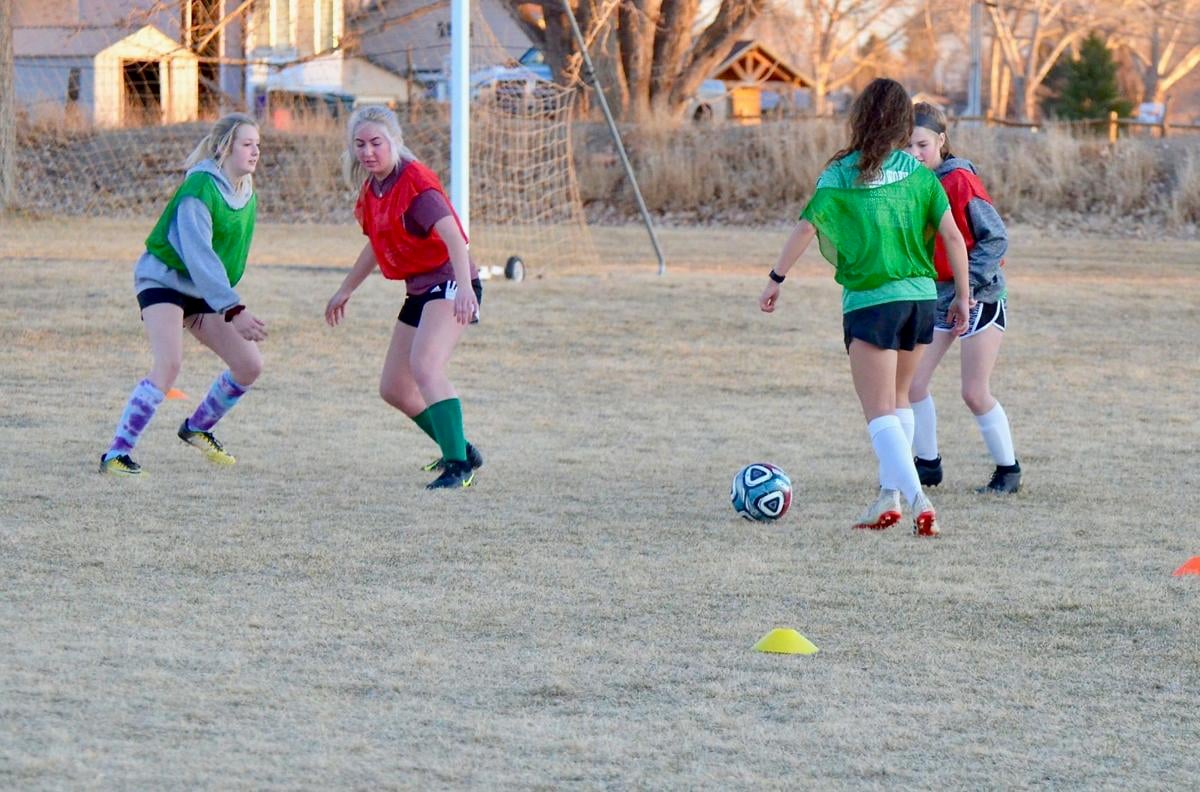 Delta High School soccer players guard the ball in a 2 on 2 drill during a pre-season practice session. 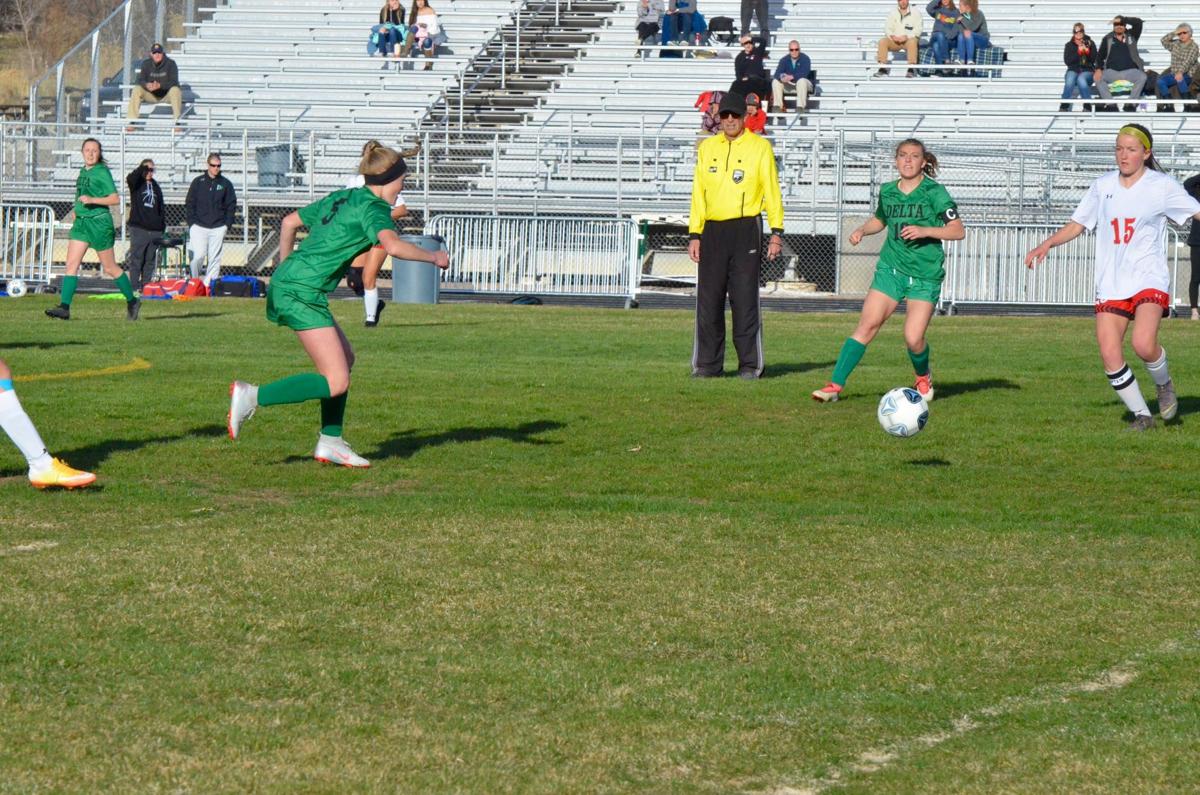 Delta High School soccer players guard the ball in a 2 on 2 drill during a pre-season practice session.

After Delta High School had gotten its soccer roster up to 40 players with the addition of players from Cedaredge and Delta High Schools’ basketball programs following the state tournament’s conclusion, there were no games to play, or time for practicing. A brief time for practicing right after the soccer season had started came to an abrupt halt with the announcement that all spring sporting, and academic, activities were to be suspended until at least April 30.

Delta High School head girls coach Elaine Wood probably said it best for all activities, regardless of whether they are athletic or academic, “The season has started well with a confirmed 40 players out for the season. Now, we are on hold and unsure of what the season will bring.”

Wood, and her coaching staff (Audrey Reedy, assistant coach) and Eddie Sanford (JV coach) had been working with 40 athletes, including three seniors Makayla Kehmeier (Cedaredge), Karen Martinez and Haylin McCulloch (Delta). The remainder of Delta’s soccer roster included 11 juniors (three from Cedaredge; five from Delta; three from Paonia); 13 sophomores (11 from Delta and two from Paonia) and 13 freshmen (two from Cedaredge; 10 from Delta; one from Hotchkiss).

Wood, after the short period of time the team has had for practice sessions, had a couple of handful of players she touted as players to watch, if and when teams begin play. Those players, broken down by schools the players attend, include Kehmeier (Cedaredge); McCulloch, Arianna Nelson, Aubrey Andre and Erika Kuta (Delta) and Allison Godwin, Abby Reedy and Tawney Roberts (Paonia).

Pre-season action for Delta came in scrimmages held at Long’s Park (next to Central High School) where the Panthers played well against Rifle and gained good experience against Fruita High School.

Now that the start of the soccer season is on hold Coach Wood commented on the COVID-19 pandemic. “It’s pretty frustrating. We had just had our first scrimmage day in Grand Junction, picked up some of the basketball girls (Cedaredge and Delta) and were in the final days of training and ready to go for our first varsity and junior varsity games when it all came crashing down. So many of the girls’ skills had improved so much and the newer girls were getting into a groove.” Wood also noted the more experienced girls were, “putting things together nicely.”

The concern now is, “ By the time a decision is made (to end the season or play a partial schedule) we will be past the halfway mark of our season. If the apex is reached and the restrictions are loosened, it would be nice if we could at least play the remainder of the schedule,” quoted an optimistic Wood.

This page contains all of The DCI's coverage of the novel coronavirus outbreak, and the illness it causes, called COVID-19.

Because this outbreak impacts public health, our coverage of the coronavirus is available to all readers. Our journalists are working hard to bring you the verified information below. Please consider supporting important local journalism with a subscription. (Click Here)

Are you a Delta County resident who’s been affected by the illness? Send us an email: monicag@deltacountyindependent.com.

Colorado Department of Public Health and Environment official website. CO-HELP is Colorado’s call line for the novel coronavirus (COVID-19). People who have general questions about COVID-19 can call CO HELP at 303-389-1687 or 1-877-462-2911, for answers in many languages, or email them at COHELP@RMPDC.org for answers in English.