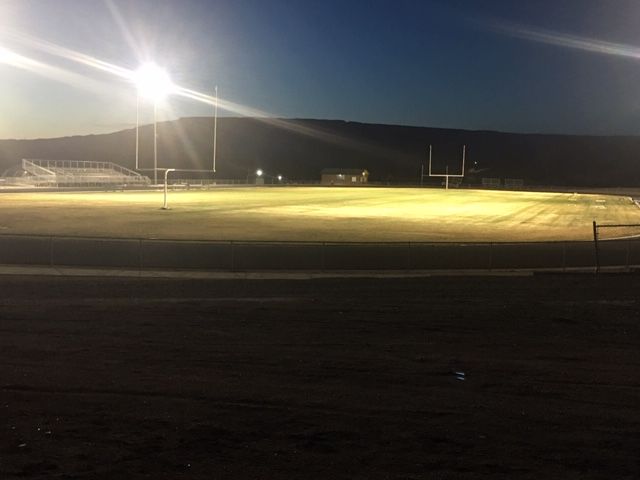 The stadium lights at Panthers Den were turned on last Friday, April 10, as a gesture of support and caring for students and athletes alike. The BeTheLight, Colorado movement has been in operation since April 4 with many high schools across the state uniting to share hope there is a bright future ahead. 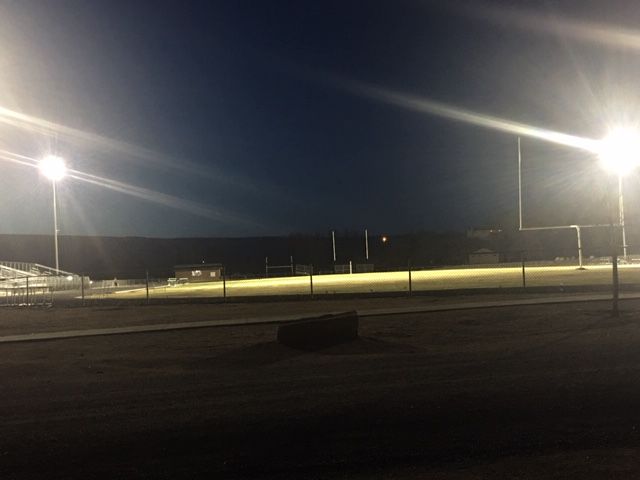 As a community waits for the next chapter in a world impacted by COVID19, the football lights at Delta High School will shine each Friday night from 8-9 p.m. until the school's academic and athletic suspensions are lifted.

The stadium lights at Panthers Den were turned on last Friday, April 10, as a gesture of support and caring for students and athletes alike. The BeTheLight, Colorado movement has been in operation since April 4 with many high schools across the state uniting to share hope there is a bright future ahead.

As a community waits for the next chapter in a world impacted by COVID19, the football lights at Delta High School will shine each Friday night from 8-9 p.m. until the school's academic and athletic suspensions are lifted.

There have been so many new stories concerning the now world-controlling COVID19 pandemic that there’s not much to consider as worthy of print unless there’s a confirming affirmation the worst is over and a return to normalcy is close.

Many heartwarming articles have been written about the support so many people, and organizations, have offered in the way of expressing the feelings of so many people around the world.

Communities are aware of the efforts of all its inhabitants to offer, at least, a condolence message to soothe the disappointment felt by all. When the education systems across the nation were issued mandates to cease the process of teaching in the classroom, and all sporting activities were put on suspension for an extended period of time, one method of showing the support and offering some comfort for athletes was established in early April.

An article found on the Colorado High School Activities Association site, (see chsaanow.com: Friday Night Lights in April: Schools Light their Stadiums for Students), described how Colorado, and possibly other states, handled showing its respect and support for the many student-athletes who are finishing their year away from the classroom and athletic fields everywhere. The Be The Light, Colorado movement provided a means to express the heartfelt feelings of the administrations in school systems. The means of expression was simply to turn on lights of football stadiums for a period of time each week. This show of support began on April 4 with five schools turning on their lights on a Monday with 12 more schools joining the list on Tuesday and 16 more on Wednesday.

At the time the article was written, the movement had included at least 70 schools which had turned on their football stadium lights to visually express their feelings for affected student-athletes.

In a message from the CHSAA, “The movement seeks to provide a beacon of hope for students during the COVID19 pandemic, which has closed schools and put the season (athletics) on hold. Schools and school districts are lighting their stadiums as a way to show students they are in our hearts and on our minds.”

Many well-wishers have sent messages to support their student-athletes. From Cedaredge one such message was, “We believe in our students, and we are here for this awesome community. To honor Bruin Country, the lights at the stadium will be turned on every Tuesday from 8-8:30 p.m. until we are back! Hang in there and know we are thinking of you!”

Delta High School’s tribute to its student-athletes noted the time Panther Stadium’s lights would be turned on (Friday’s, 8-9 p.m.) to show support during “this unique time in history when they cannot compete.” The message also notes the jester is, “a reminder to all of us that at some point we will all get to compete again and life will once again be normal.”

The final message from Hotchkiss High School stated, “It’s Wednesday night! That means it’s time to be the light of hope in our community. Tonight, we send out a light of hope to our seniors. Class of 2020, YOU MATTER!”