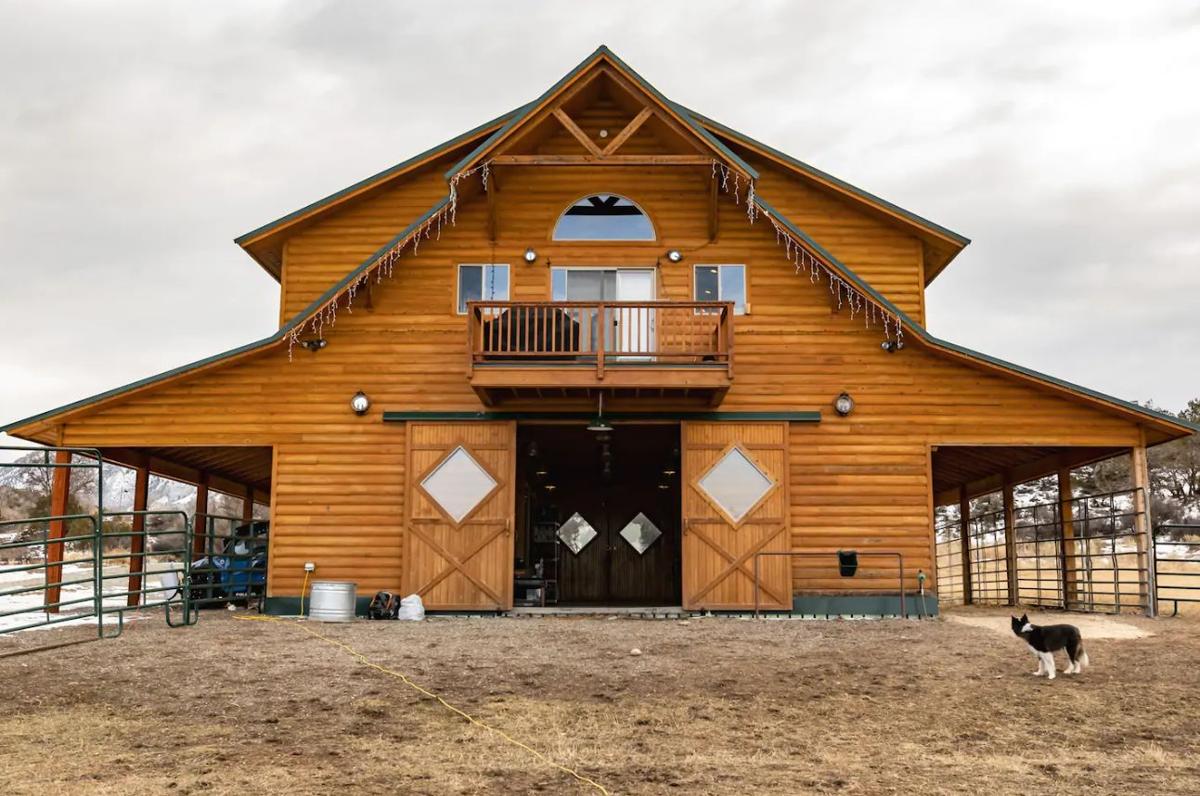 The Hayloft Lodge in Crawford, situated above an equestrian barn, is starting to see more reservations coming in this season. 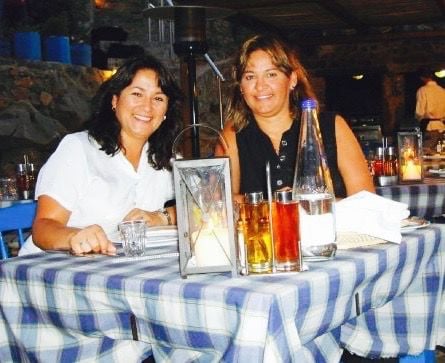 Hayloft Lodge owners Bernadette Kuzov and Becky Pritchett have decked out the place with furniture and art from their travels and previous households, as well as art from the local community. 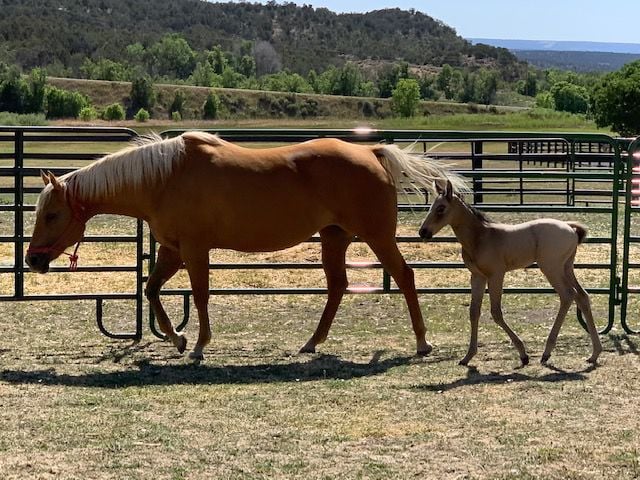 One of the features of the lodge is now to watch Rushing War Eagle, also known as “Chief,” grow up in the pasture alongside his mother.

The Hayloft Lodge in Crawford, situated above an equestrian barn, is starting to see more reservations coming in this season.

Hayloft Lodge owners Bernadette Kuzov and Becky Pritchett have decked out the place with furniture and art from their travels and previous households, as well as art from the local community.

One of the features of the lodge is now to watch Rushing War Eagle, also known as “Chief,” grow up in the pasture alongside his mother.

The Hayloft Lodge, located in Crawford and situated on a 45-acre ranch, is now listed on Airbnb and hopes to provide accommodations for people traveling to the community. Owned by Bernadette Kuzov and Becky Pritchett, the lodge has “all the perks” and is starting to see success with growing reservations and positive reviews on Airbnb.

The lodge offers one queen bedroom and another large bedroom with three extra-long twin beds, along with a sofa sectional in the living area. The lodge offers Wifi, air conditioning, an 83-inch screen programmed with DirecTV, laundry facilities and an antique refurbished pool table.

“It’s definitely the nicest one, we personally furnished it and we’ve traveled all over the world,” Kuzov said. “We had two households for awhile, so we combined them, and we ended up with a lot of furniture. We put it up in the Hayloft Lodge.”

On June 23, a colt was also born on the ranch. Kuzov said that one of the features of the lodge is now to watch Rushing War Eagle, also known as “Chief,” grow up in the pasture alongside his mother. In addition, barbecuing off the Hayloft Lodge’s front deck is a “nearly daily event.”

The lodge, which is situated above the equestrian barn, is furnished with local art, and guests can shop by appointment at Wild Country Keepsakes in Crawford.

Due to the COVID-19 pandemic, caretakers of the property are also putting a high priority on cleaning and disinfecting everything in the lodge between guests. Guests can self-check in with a keypad, and someone will always be available during check-in, check-out and throughout the stay. Kuzov said everyone at the lodge is hired locally.

In addition, Kuzov and Pritchett are getting another location ready for opening later this year to offer even more space for guests to stay.

“It’s a cabin off on its own on the same property. It’s a big open area,” Kuzov said. “There will be a tall ceiling, it will have a deck and a hot tub, and all the other amenities that we have in the first one. The plan is to have this other place up and running by mid-August, it’s going to be luxury and it’ll sleep eight people.”

The lodge was first established last year and started taking reservations in the summer of 2019. This year, it has seen even more success, with July mostly booked and reservations coming in for August and the rest of the season.

Due to its proximity to other attractions in Crawford, including Crawford State Park, Needle Rock and various local businesses, Kuzov also said that giving tourists a place to stay allows them to contribute more to the local economy. The lodge refers guests to places to visit in Crawford, as well as other towns in the North Fork Valley.

“We already have more bookings this year than we had all of last year. It’s been busy, with people wanting to get away and be safe, and it’s a nice small town,” Kuzov said. “We encourage all of our guests to shop local, and the people that are right now are here for seven days and they take off almost all day long. They’re running around doing local things, and we try to help get them involved in local stuff.”