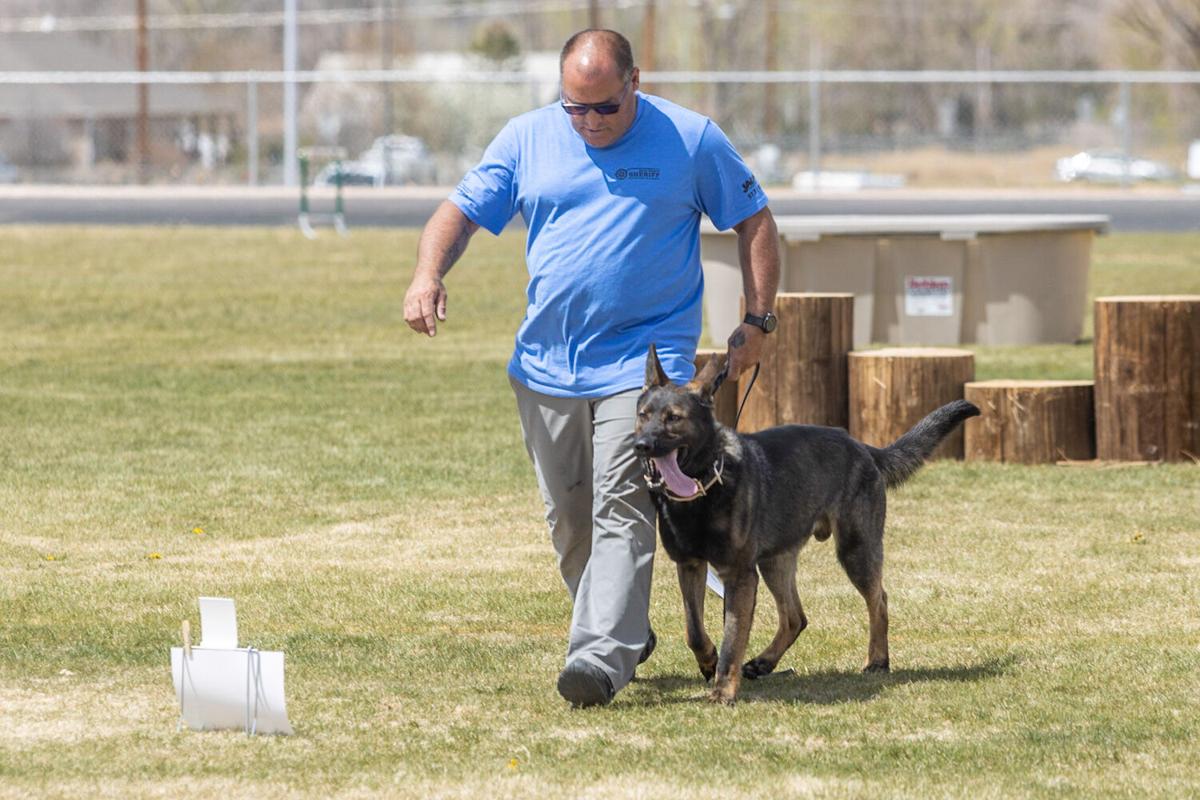 K-9 Teg and handler Sergeant Keith Sanders of the Delta County Sheriff's Office get their introduction. 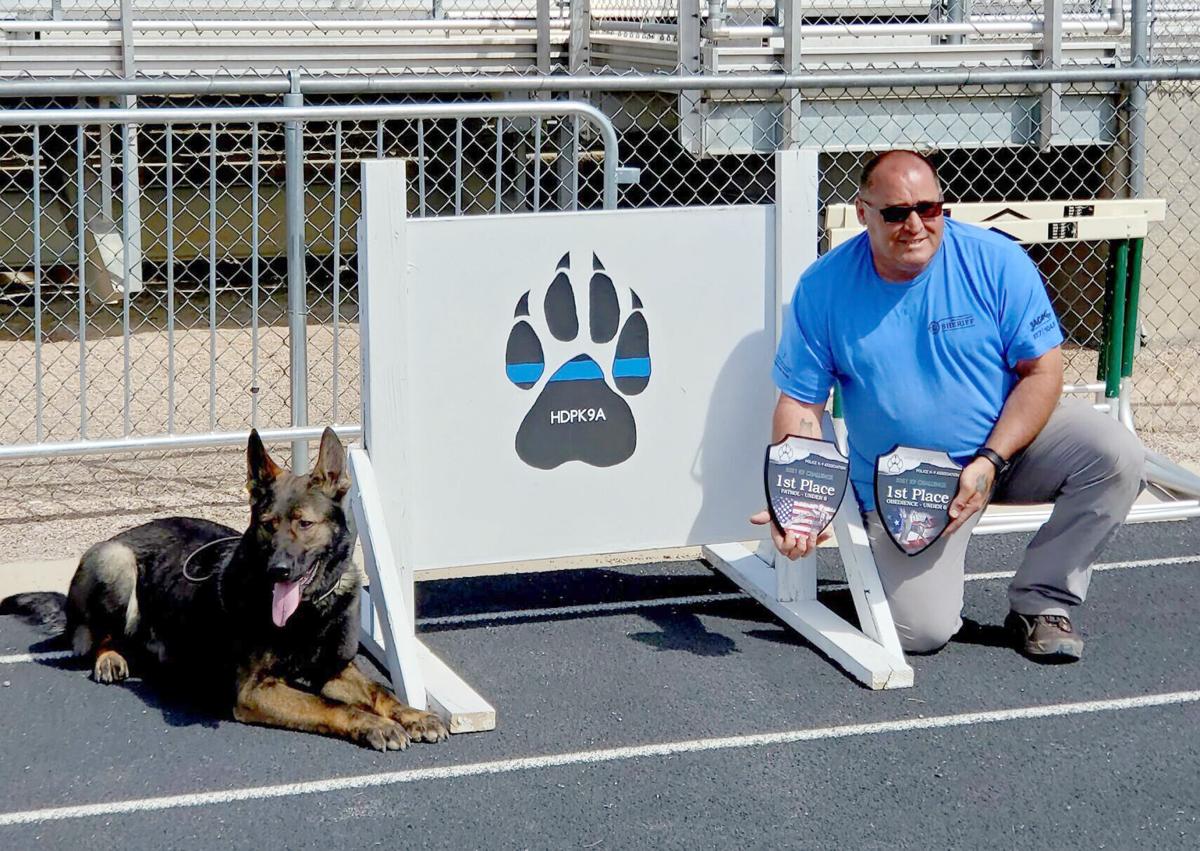 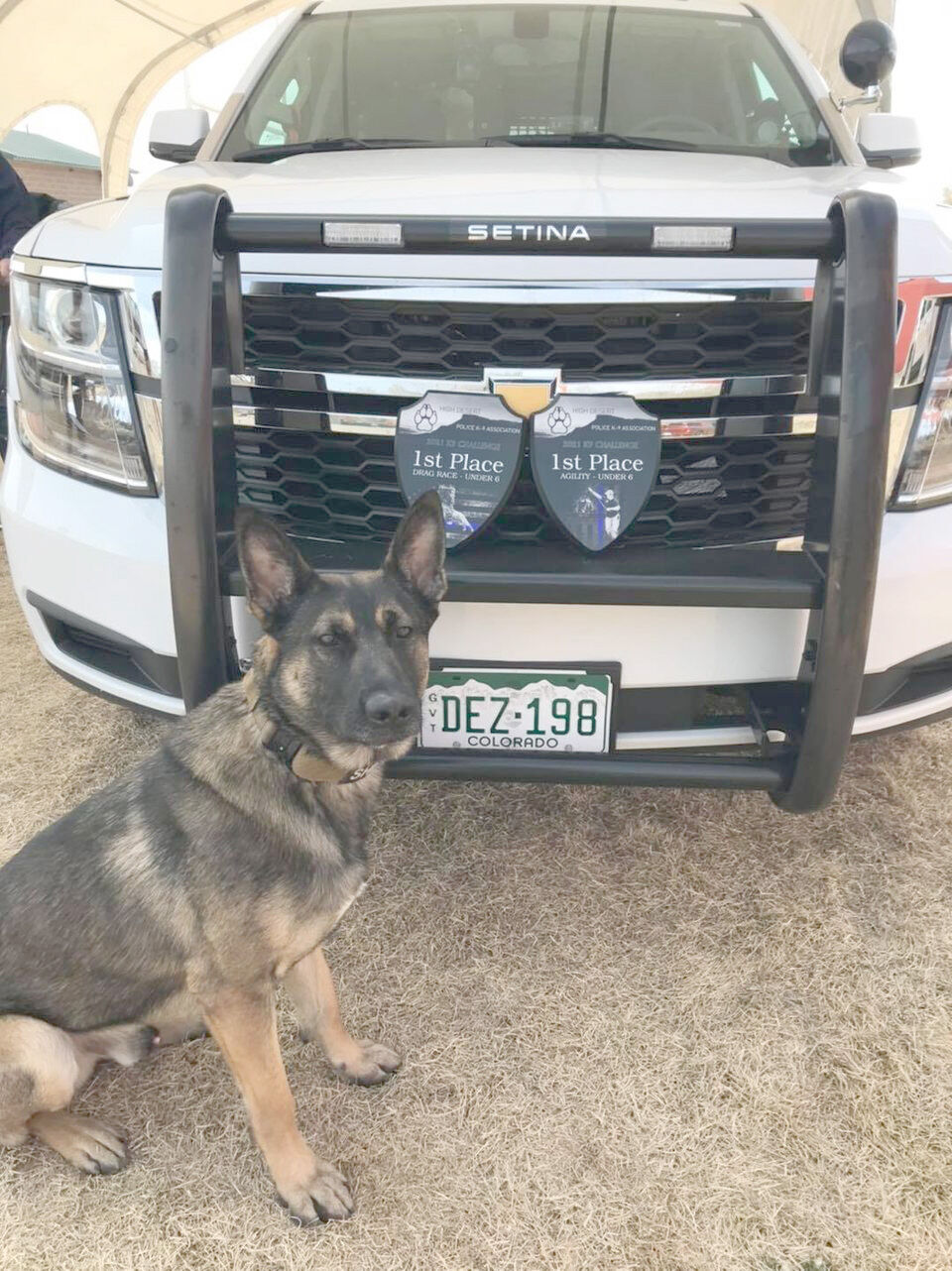 K-9 Jocko, MCSO, stands beside his first place accomplishments in the challenge.

In the overall competition, the sheriff’s offices of both Delta and Montrose counties came away with a few honorable awards.

K-9 Jocko of the Montrose County Sheriff’s Office, also took home two first place awards. They were for drag race and agility, both for K-9s under six.

Those four first place awards for Delta and Montrose counties were given out in a competition with 10 competing K-9s in their age category of under six.

The High Desert Police K9 Challenge had no entry cost, but the audience was invited to give donations. All funds raised are directed toward law enforcement K-9 training, as well as supporting retired K-9s.

The Delta Police Department was also originally signed up for the event, but unfortunately, the force was declared a COVID outbreak site, which prohibited it from participating.