As a formality and as part of the consent agenda, the Delta City Council passed the first resolution of the year which designates the City of Delta’s website, cityofdelta.net, as the place for posting notices, including public meetings. This poses no change.

As the ordinance for 2020 supplemental appropriations was approved on first reading last month, it was quickly passed on its second and final reading.

The ordinance deals with “additional and unanticipated revenues in the form of grants and other revenue sources,” according to the ordinance, and therefore, $210,000 was supplemented into the general fund for the year’s budget.

The police report section of the City Manager Report announced that the 2020 Giving Tree event was ultimately successful. They served 218 children from a total of 79 families, surpassing their goal of providing gifts to 150 children. Delta Police Department thanked everyone who donated to the gift drive as well as all participating businesses and volunteers.

In news of Back the Badge funds, DPD reported that it is still moving forward to fill new positions created with the public safety tax, but it has no further updates at this time.

The city’s parks crew has reportedly been working on the 4th Street hillside removing the overgrowth of shrubs and trees getting ready for the upgrade on the Garnet Mesa Trail this summer. The crew has also cleaned the parks office building and given it a new coat of paint. CARES Act funds were used to replace chairs with folding plastic chairs that can be cleaned daily.

Christmas lights on Main Street will be coming down in the coming week, the parks department reported.

Bill Heddles Recreation Center is seeing “quite a loss” in revenue due to the inconvenience of having to schedule and reschedule swim times to abide by regulations. 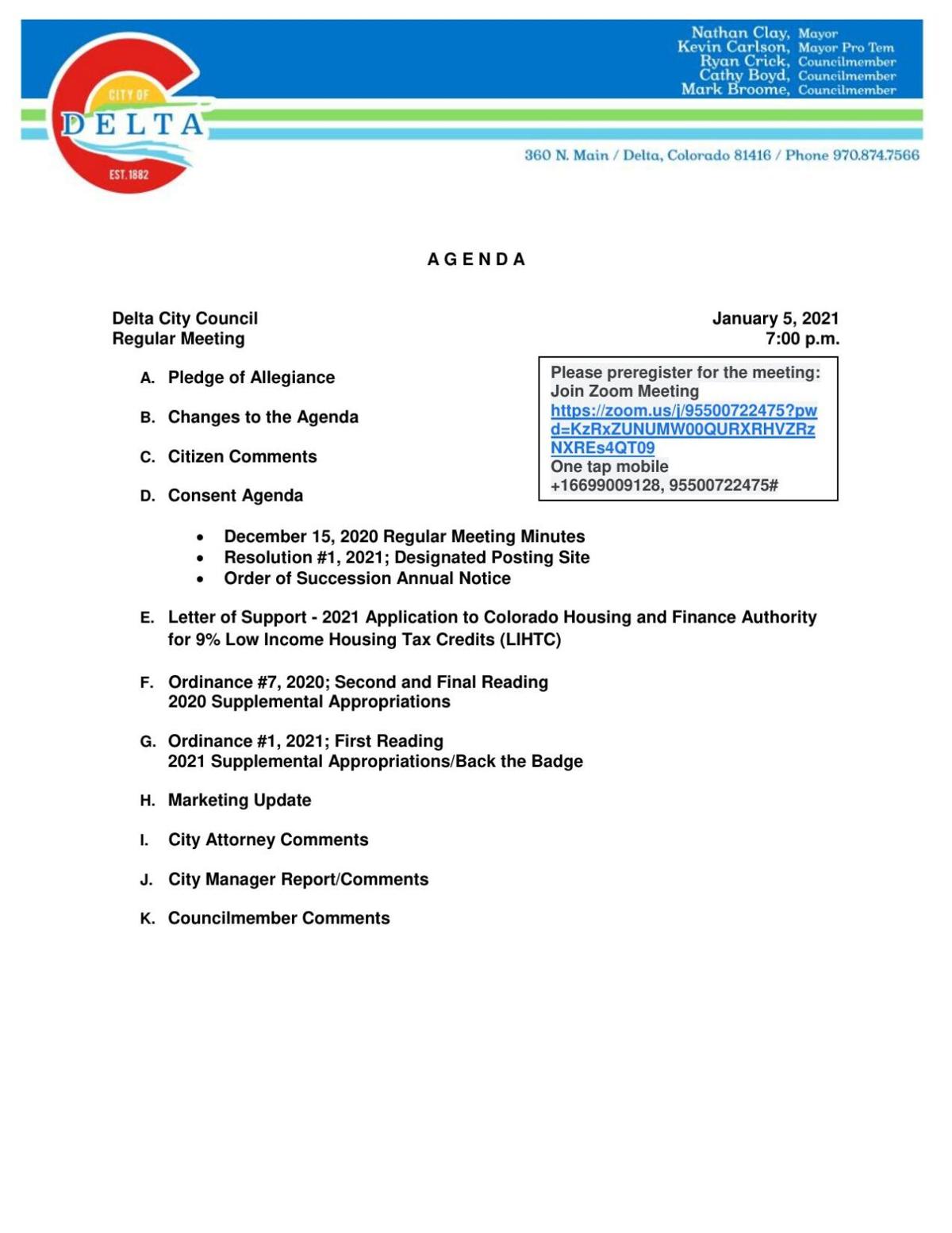