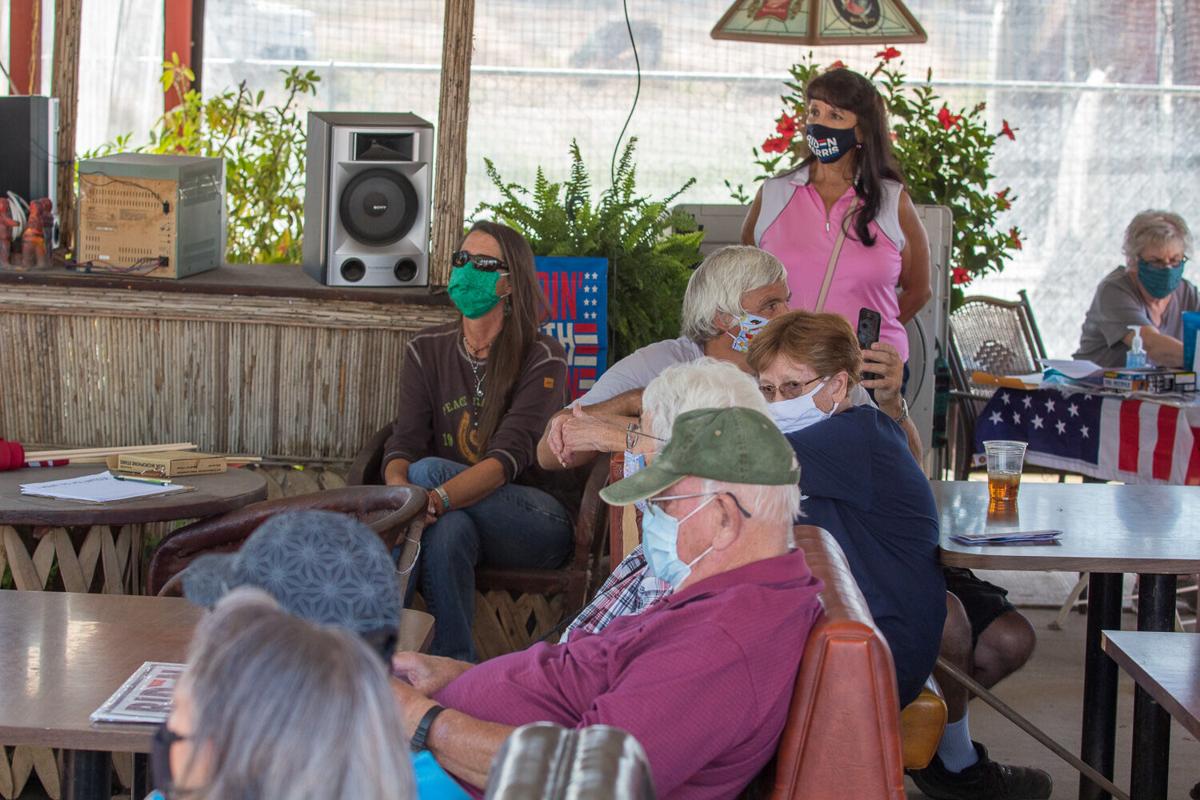 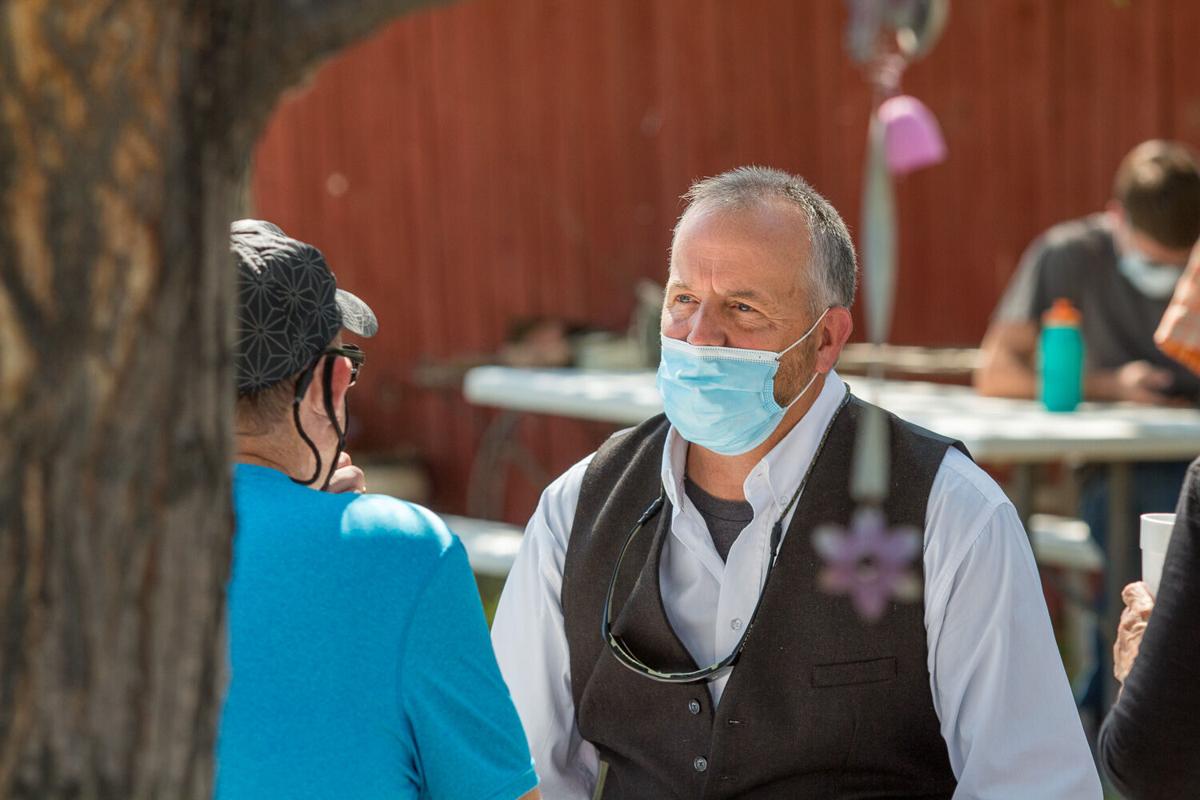 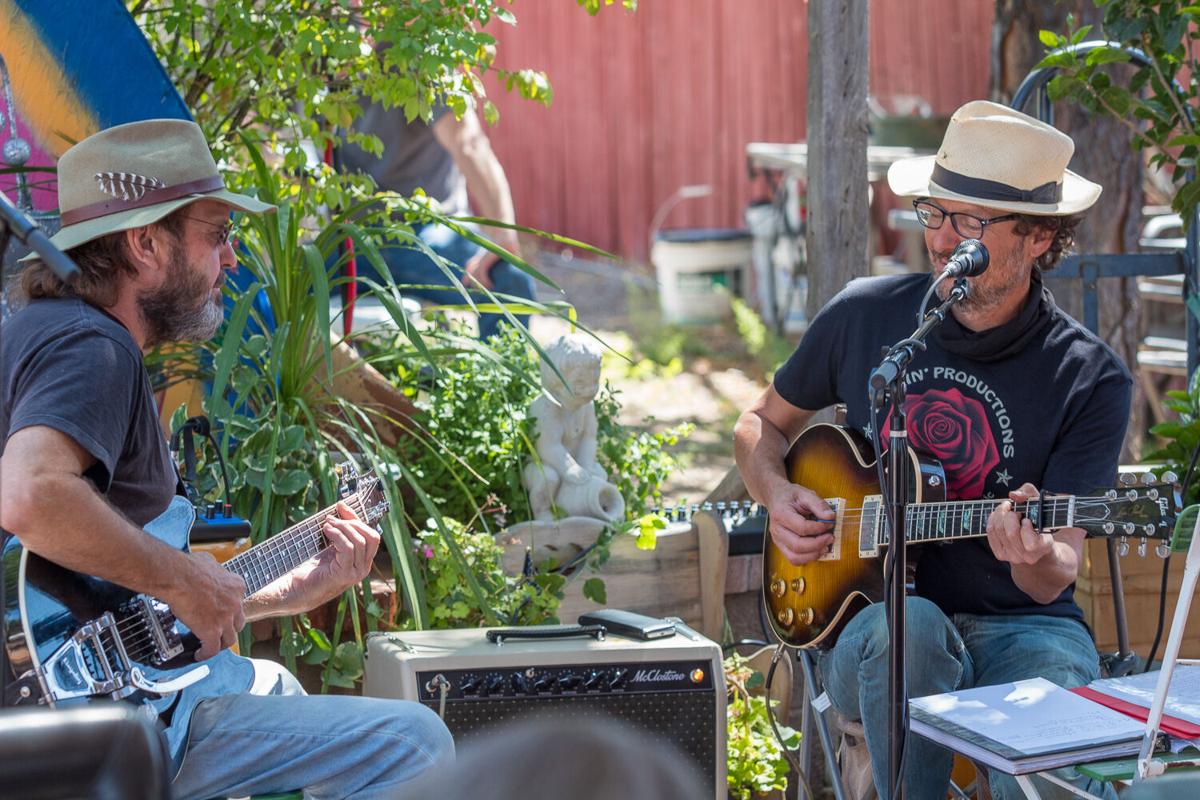 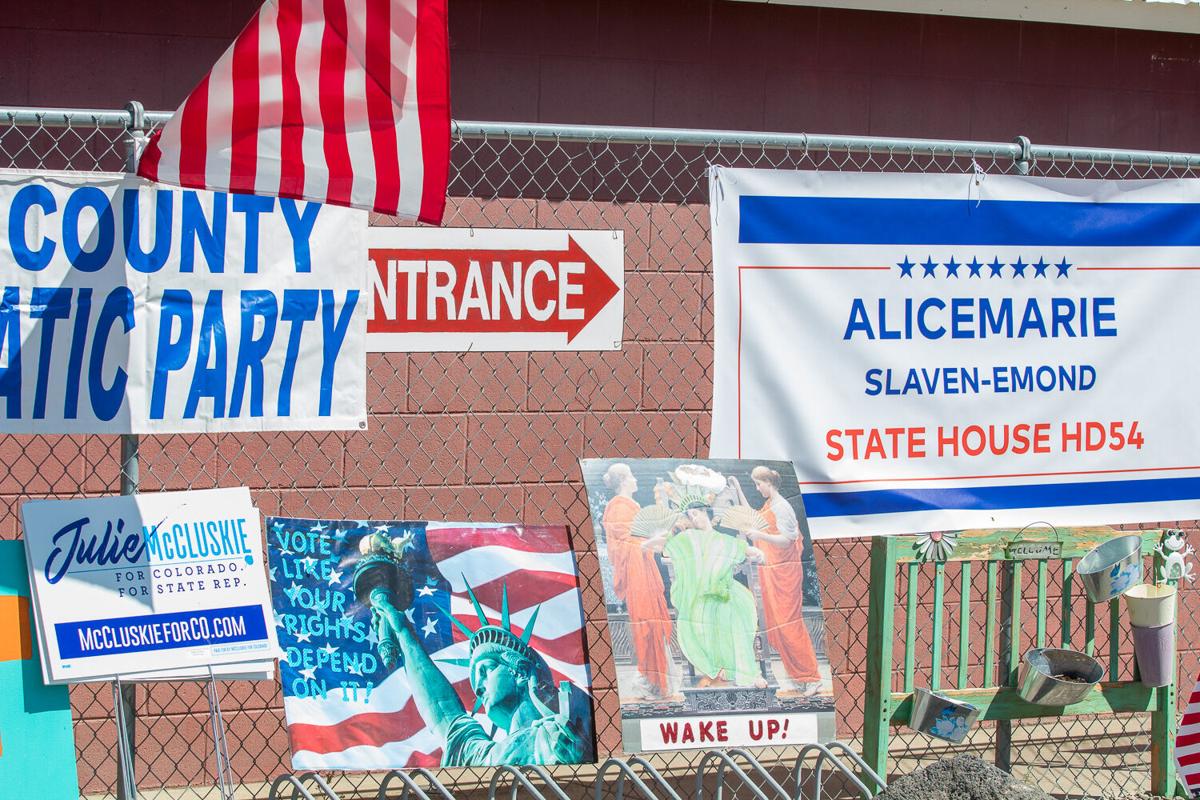 The Delta County Democrats' open house event allowed the opportunity for members of the community to take home merchandise, signs, banners and other Democrat-affiliated items.

The Delta County Democrats' open house event allowed the opportunity for members of the community to take home merchandise, signs, banners and other Democrat-affiliated items.

Following the “Back the Blue” rally in downtown Delta on Saturday, the Delta County Democrats held an open house event at the Delta Family Fun Park miniature golf course. In part, the event was meant to be a fun time, as attendees made use of the mini golf course and concession options. The open house also included live music.

The open house also provided the opportunity for democratic voters to take home merchandise of democratic candidates for November’s election, including McCluskie. They were also provided the opportunity to take home “Back the Badge” gear. While the safety tax initiative that is set to appear on the ballot for the second time this year is regularly associated with the Republican party, it doesn’t necessarily have a political affiliation overall.

Taylor, from the perspective of running the only political, county-wide law enforcement agency, made himself available to answer questions on main topics including mask wearing, COVID-19 regulations overall and Back the Badge.

One point of conflict over which Taylor said he has already received criticism was the early statement after the mask mandate went into place in which he stated the Delta County Sheriff’s Office would not be enforcing the mask mandate in Delta County due to the fact that they don’t have the resources to do that, nor is it their job.

“Maybe I could have worded it a little better,” Taylor said. “After getting some phone calls and seeing some of the other posts that says I’m against face masks and I’m not following governor’s orders and so on — but [there’s nowhere] in that post saying that I’m not going to follow the governor’s orders. In fact, it says in there that — and I won’t read the whole thing — but ‘in regards to the latest executive orders by Gov. (Jared) Polis and our public health authorities, while we encourage everyone to follow any and all health and safety precautions, the Delta County Sheriff’s Office will not issue citations or detain persons for civil orders.”

Taylor explained it is never the sheriff’s office’s job to enforce civil matters, as their job is to go after criminal charges. That being said, in accordance with Polis’ previously mentioned executive order, failure to obey regulations enforced by businesses can result in trespassing charges. At that point, the sheriff’s office will react as it does with any trespassing charge, Taylor said.

Besides an audience ridicule for never specifically saying that the sheriff’s office encourages mask wearing, there was next to no argument against his explanation. Taylor explained that, as he’d stated that the sheriff’s office encouraged “everyone to follow any and all health and safety precautions,” he’d assumed that people would know that masks were a part of those precautions.

On another note related to masks, Taylor answered a series of questions in which he stated that the mask mandate exempts law enforcement from wearing masks. That being said, he still asked the deputies in his department to wear them in applicable circumstances when they can.

After Taylor was done talking about his topics and taking questions from the audience at large, he stayed to answer further individual questions that participants may have.