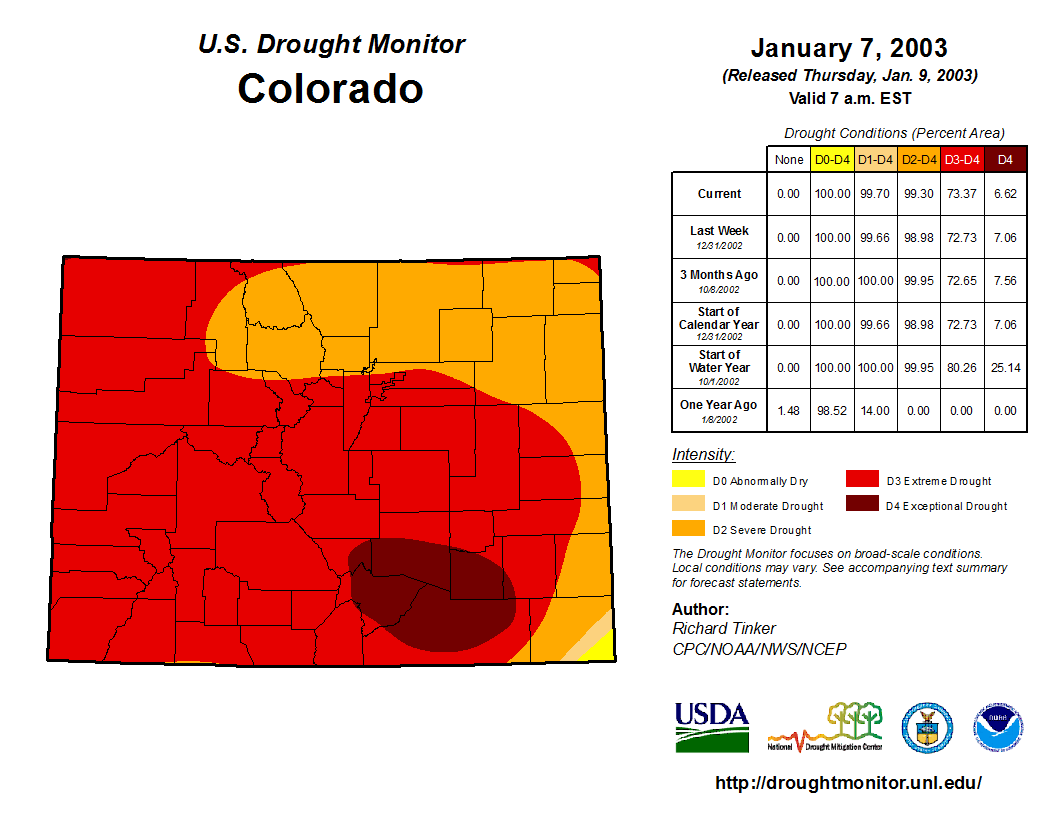 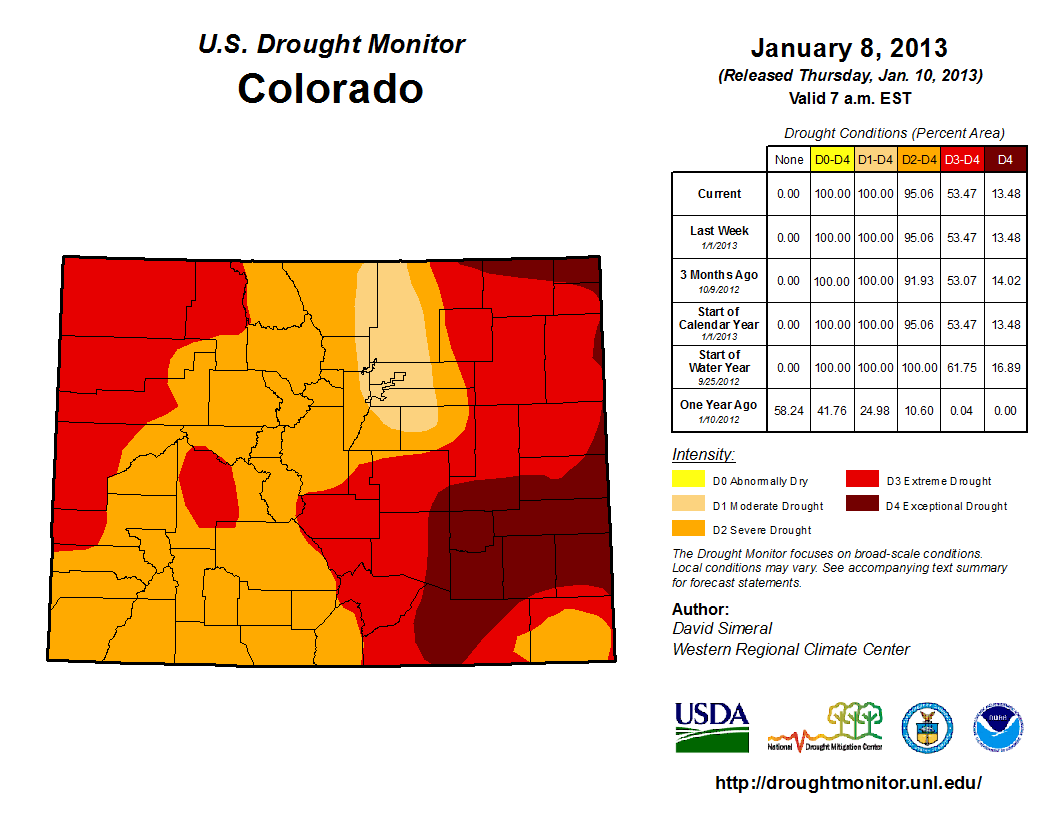 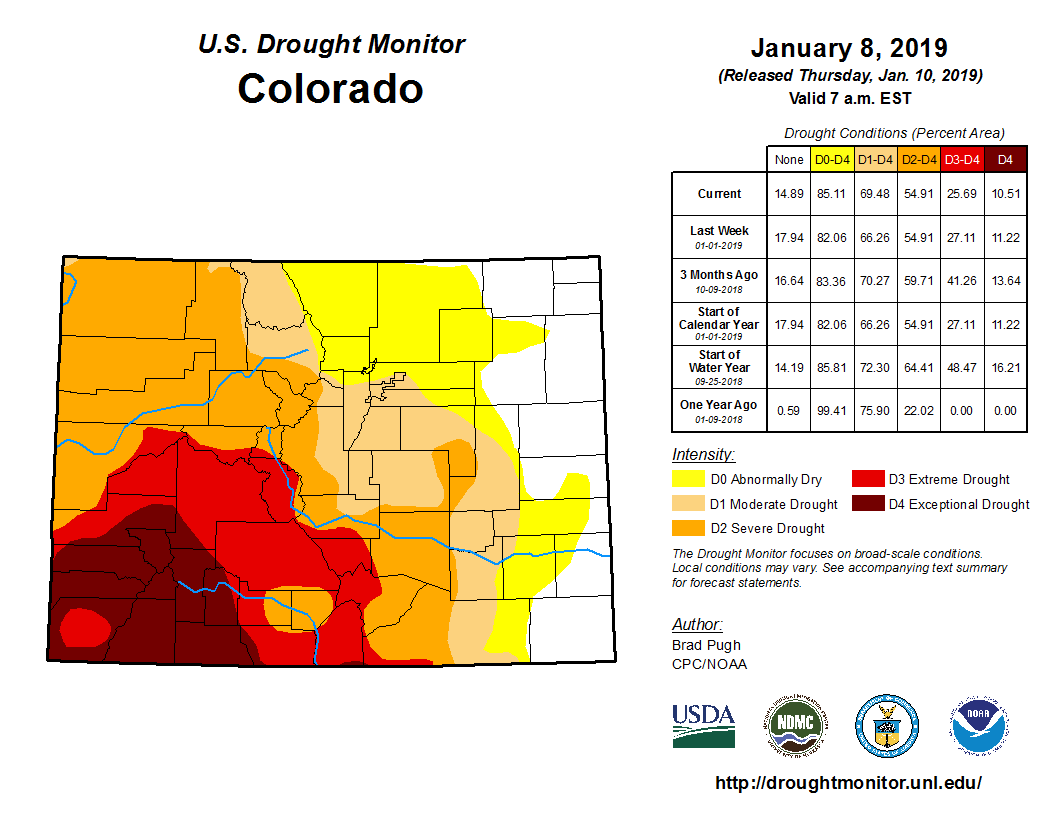 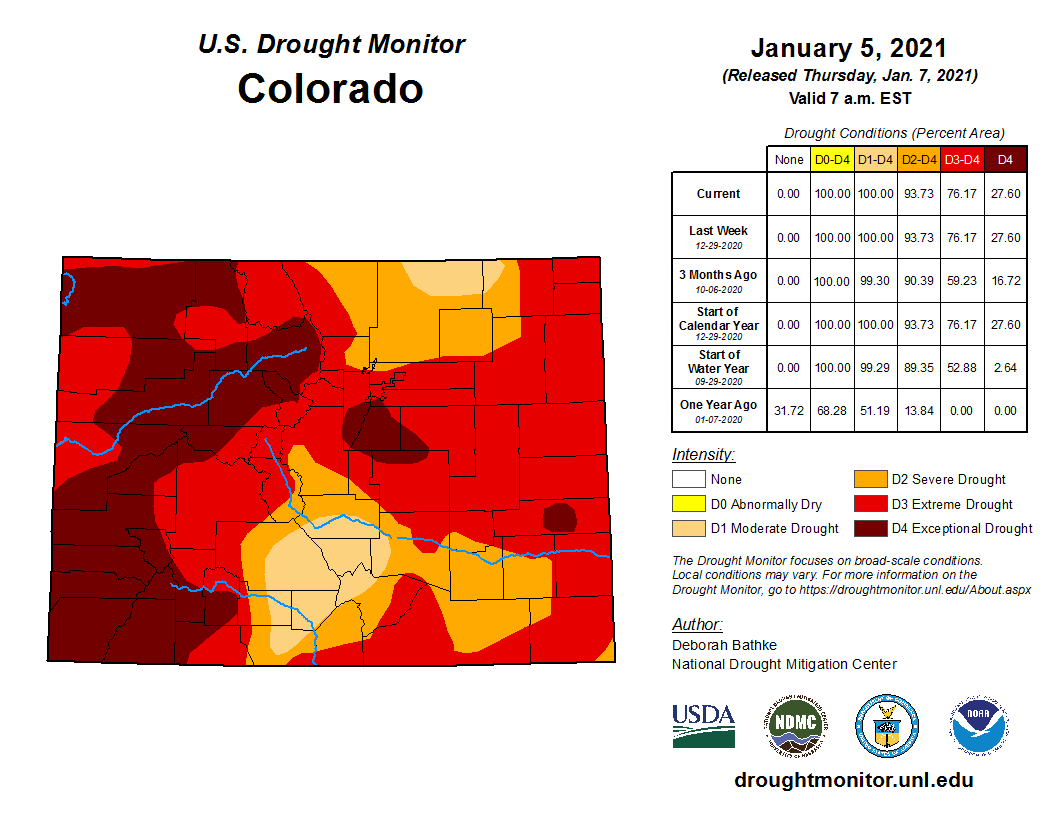 According to weekly updated map of the U.S. Drought Monitor, Delta County unfortunately seems to be launching into a new year in worse condition than it’s seen in recent history.

The state of Colorado has acknowledged the increasing severity in drought conditions and is progressing a mitigation and response plan.

On Nov. 30, Colorado reportedly moved to Phase 3 of the Drought Mitigation and Response Plan, according to a state news release, as 2020 concluded as the 12th warmest winter on record in Colorado, with records spanning back to 1895.

“A critically hot spring, high winds, dry summer, and multiple monsoon seasons with poor to no moisture have contributed to 2020’s record breaking fires,” the state newsletter stated. “The three largest wildfires in Colorado history occurred in the summer and fall of 2020.”

In addition to the U.S. Drought Monitor, other official sources such as NOAA, ENSO and the Standardized Precipitation Index (SPI), unanimously declare unusual or exceptional drought conditions across the board in Colorado.

With recent reports from towns on water situations, the state of Colorado also declared publicly, “Municipal water providers continue to report increased demands and most municipalities report normal to slightly below normal storage. Water providers are closely monitoring conditions due to the likelihood of extended drought to prepare for a dry spring.”

At the end of August, the DCI reported on the start what appeared to be impending drought conditions in the article “Water: Orchard City will be alright this year, but next year had better improve.”

At the time, Dick Kirkpatrick, town trustee and water committee member with a career background in water systems, was relatively optimistic about their winter water conditions despite the dry year, but stated, “If we have another year like this, it’s not going to keep the reservoirs full.”

In the records of the Grand Mesa’s Thunder Mountain Lodge, which serves as a locally popular snowpack reporter during the winter months, 33 inches and 62 inches of new snow were logged in November and December respectively. At the end of 2019, which was also seen as being a dry winter, they logged 42 and 49.

In comparison to a better year, 2018’s end shows 46 inches of November snow and 62 inches of December snow, but those okay months were immediately followed by another three months that resulted in a total of 335 inches, with 135 inches of that being in March, concluding winter on a high note. In the data history on thundermountainlodge.net, March 2019 was a high outlier compared to other years, which often saw anywhere from 22-72 inches of March snow.

The numbers indicate that much could change in the next two to three months in particular but that 2021 is undeniably off to a rough start.

The DCI will report further on local water conditions throughout the crucial months.