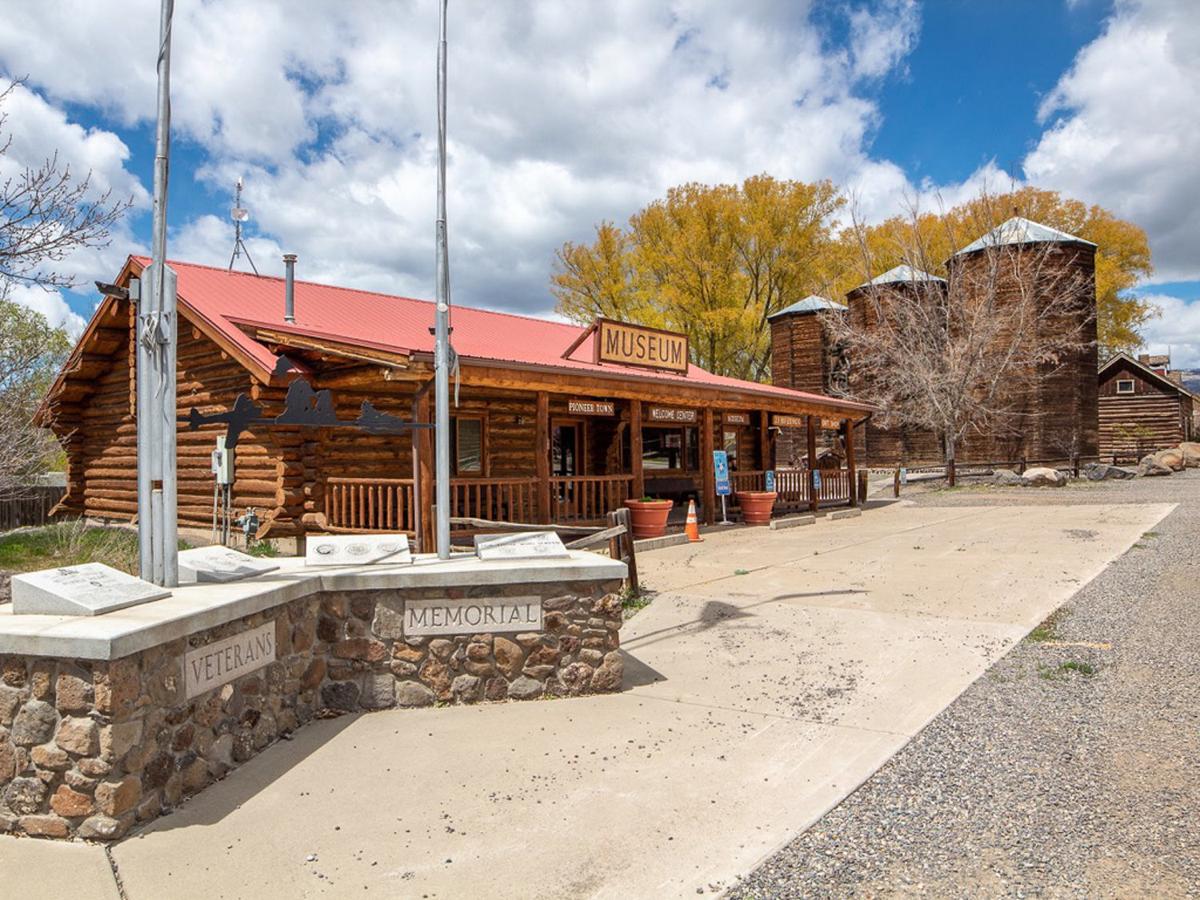 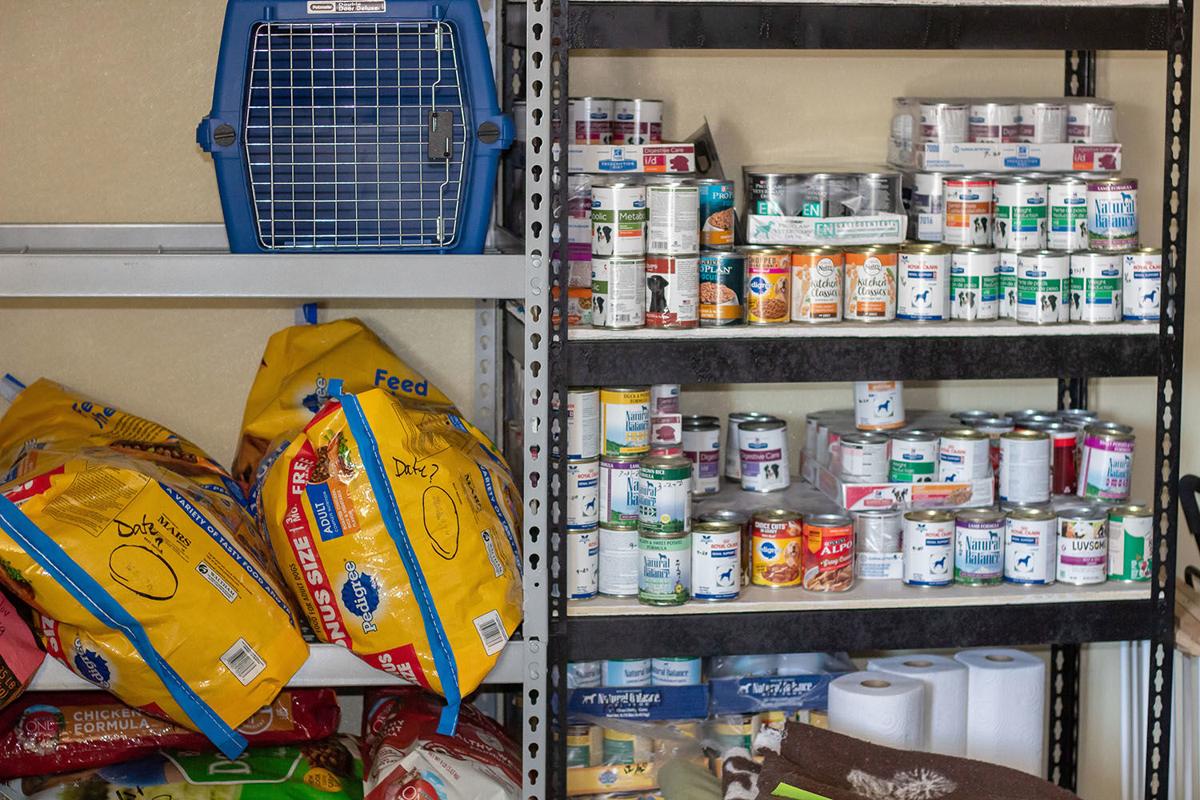 The storage room in the back of the animal shelter holds the large amount of food for all the animals on the premises. Over 300 animals come through the shelter yearly. 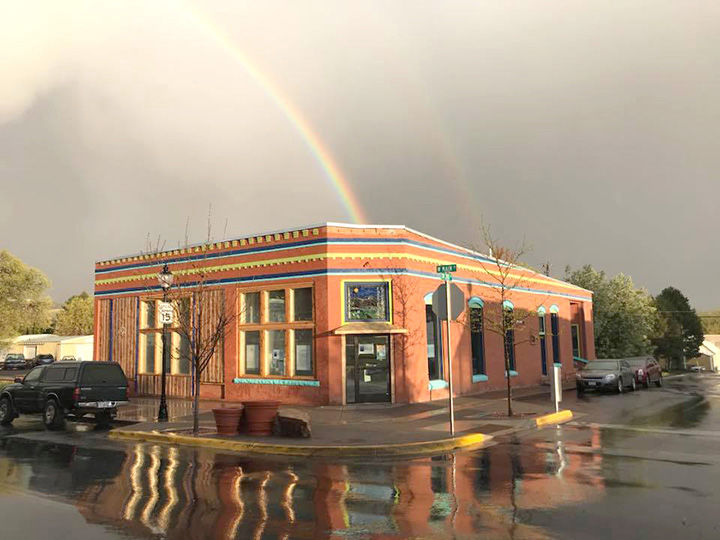 The storage room in the back of the animal shelter holds the large amount of food for all the animals on the premises. Over 300 animals come through the shelter yearly.

Nearly six months ago, the COVID-19 pandemic brought a sudden stop to most forward motion in the world, including in Delta County. At the start of the relatively mysterious virus, dine-in was banned and salons and barber shops were ordered to close.

Going on into the sixth month of the pandemic, however, a handful of Surface Creek nonprofits have commented on strategies used to adapt and move forward in a safe manner, careful to avoid breaking the regulations put in place to combat the pandemic.

Those organizations — the Pioneer Town Museum, the Grand Mesa Arts and Events Center and the Surface Creek Animal Shelter — are not the only organizations in the county to move forward in an adaptive manner. Most nonprofits refuse to stand back and let their organizations fall apart during the indefinite hiatus.

The Pioneer Town opened for the season on July 13, which was three weeks later than it would have done if the pandemic hadn’t caused complications. Regulations meant the cancelation of the annual Heritage Days celebration, as well as its regular soup supper fundraiser, ice cream social and Night on the Town events.

With that being said and with regulations forbidding a number of things, volunteers at the museum have taken all the slack they could safely take while still abiding by mandates.

Jerry McHugh, vice president of the Surface Creek Valley Historical Society, gave a rundown on what visitors can expect this year when visiting the museum.

“With the governor’s announcement last week or the week before, we upped our standards to require masks inside all the buildings in Pioneer Town,” McHugh said. One family is allowed in a building at a time for the smaller structures.

Apart from the previously mentioned larger events that have been canceled, the Pioneer Town has continued to hold Pioneer Town Talks and Friday Night Socials with those regulations in place. Events are being ticketed where they weren’t before in order for staff to be able to regulate the number of people who come to an event.

The historical society discussed prospects of opening for the summer since the pandemic began, but it was overall onboard with having a season to some extent.

“If we go back to March when we did our first virtual board meeting, we expected things to finish in three weeks,” McHugh said. “We were optimistic then, and you know it took longer than that. We’ve been pretty determined to make it happen all along.”

As it figured out what it was doing, the gift shop later opened and it was able to provide a generally normal experience for the public.

In another instance, Jacki Dapkus, secretary of the Surface Creek Animal Shelter board of directors, gave an update on the local shelter, stating that its regular operations are going well.

“We’ve gone to appointment only,” Dapkus said. “We have the same open hours but we ask that people make appointments, and then of course we require masks and we always require hand washing.”

Dapkus said she and other volunteers have enjoyed the appointment regimen, as it allows them to give more attention to each visitor since it prevents rushes of visits. They have been attempting to enforce social distancing as much as they are able.

“We’re doing well,” Dapkus said. “It has not decreased our adoptions at all.”

Overall, they have not been affected negatively, Dapkus said, and outside organizations have proven to them that they are truly not alone throughout the pandemic.

The shelter received a COVID-19-related relief grant which allows it to coordinate with the Cedaredge Food Bank so the food bank can be provided with dog food, cat food and cat litter for patrons.

A separate grant from Greater Good allowed Second Chance Humane Society to store an abundance of dog and cat food as well, and according to Dapkus, the Surface Creek Animal Shelter has been able to receive five truckloads of that food.

Of course, the connected Shelter Shoppe, which has its new location off Highway 65, has seen some changes from the pandemic as well.

Unfortunately for it, it led to the closing of its doors almost immediately upon moving in. It was closed for about a month, but it is open now with sanitary regulations, a mask mandate and a change in the way it handles item donations.

The donations themselves have looked a bit different, too.

“The quality of the donations is wonderful,” Dapkus said. “We’re getting a lot of really high quality as people redecorate their houses.” Indications have shown that people have taken advantage of the stay-at-home order and its variations to change things up at home.

The quantity of donations has gone up as well, Dapkus said, as they have had to rent a storage unit to store new donations for a period of time to ensure they are sanitary.

The largest downside that came from the pandemic for the shelter is the delay of fundraising. Through a grant, the shelter board had been able to hire an individual to put on fundraisers, but her start had to be delayed.

In August, the board hopes to get creative and start “reinventing” how it raises funds.

The Grand Mesa Arts and Events Center (GMAEC) was another organization that was forced into temporary closure with the advent of the COVID-19 pandemic. Its events were canceled, the building was locked up.

Slowly and cautiously, GMAEC returned, opening the physical location for two afternoons a week with a limit of how many people could enter. It ran with the idea of virtual concerts and online art galleries, many of which are easy to navigate on Facebook live or the GMAEC website, grandmesaartscenter.com.

According to Executive Director Deborah Shaffer, staff adapted for the ReFind Art Festival by using walkie talkies to communicate how many people were coming in and leaving in order to maintain regulated capacity.

Tour de Cedars will also be a virtual experience this year, Shaffer said, but she wanted to clarify it wouldn’t be comparable to a “Zillow Home Tour.”

“It’s going to be a really cool event and I don’t know how to describe it well to people,” Shaffer said, “but I guess that you could say we are adapting Tour de Cedars this year into an online event.”

There will be a personality feature on the homeowners and the event will not lack its usual informational perspective.

As for the restrictions while GMAEC is open at this time, Shaffer said the community’s response has been encouraging.

“I’ve personally had four or five people at least thank us for what we’re trying to do,” Shaffer said.

A new regular event since the pandemic has been Happy Hour, which has been taking place Fridays from 3-6 p.m. Residents of the area can show up masked up, sit out in the open area on the east side of GMAEC and enjoy live music and beverages, indulging in Cedaredge’s culture.