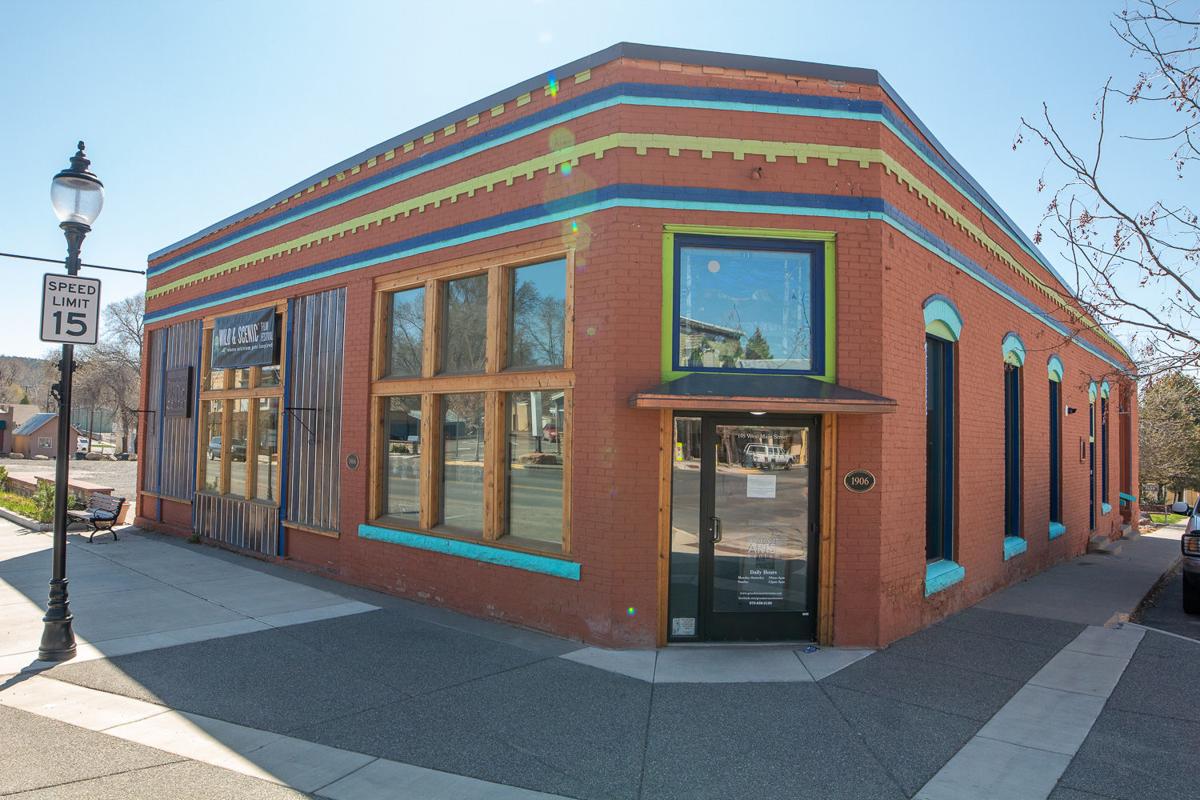 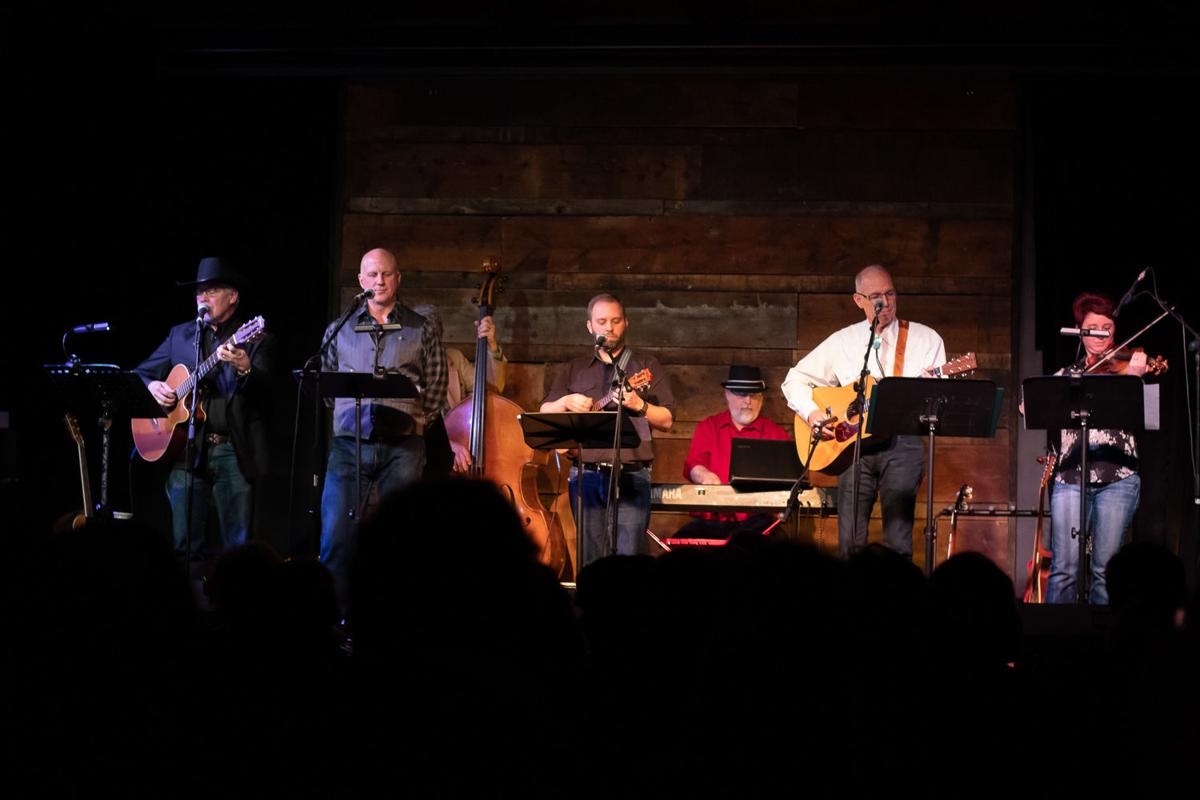 Sinners and Saints, a group affiliated with the Grand Junction Symphony Orchestra, perform before a live audience on Feb. 1 at the Grand Mesa Arts and Events Center. 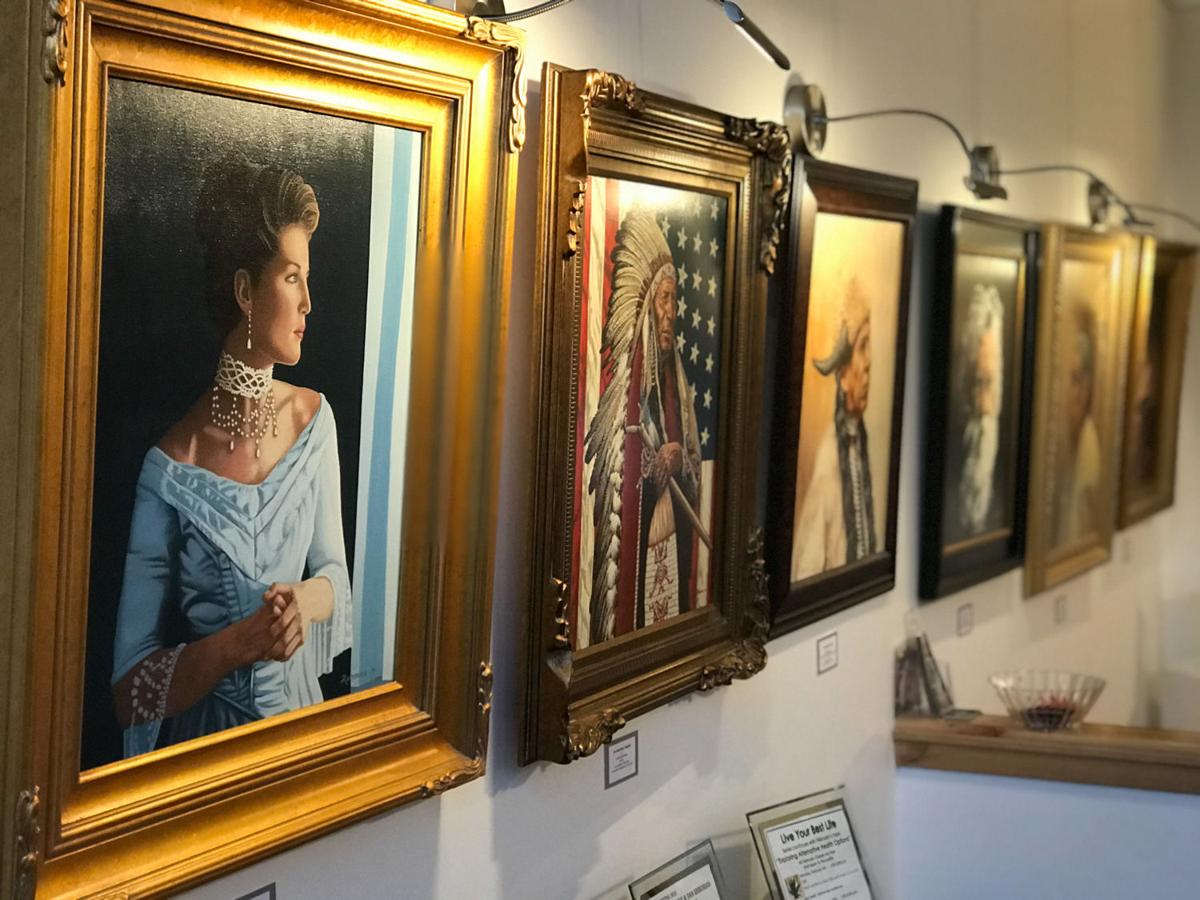 An array of works by Roger Milway and Marty Rathburn hang in the Grand Mesa Arts and Events Center (GMAEC), with an array of pricing up to $2,400. Portions of each sale go to the GMAEC.

Sinners and Saints, a group affiliated with the Grand Junction Symphony Orchestra, perform before a live audience on Feb. 1 at the Grand Mesa Arts and Events Center.

An array of works by Roger Milway and Marty Rathburn hang in the Grand Mesa Arts and Events Center (GMAEC), with an array of pricing up to $2,400. Portions of each sale go to the GMAEC.

On Nov. 25, the El Pomar Foundation announced a slew of grant approvals in the San Juan Region, which includes Delta and Montrose counties. Coming out monetarily ahead in that announcement was Cedaredge’s own Grand Mesa Arts and Events Center (GMAEC), which is the recipient of two different grants which amount to a total of $20,000.

The larger of the grants is an award of $15,000, which, according to GMAEC Executive Director Deborah Shaffer, will exclusively be used to help GMAEC purchase the building in which it operates and currently rents.

The El Pomar Foundation grant actually has the parameter that the building purchase is how the money is to be used, with the contingency that GMAEC has to raise the rest of the money and actually be ready to make the purchase. The money will not be accessible until that point.

The GMAEC building is currently owned by Wayne and Robin Nelson, who lease it out to the GMAEC team. According to Shaffer, its multi-year lease with the Nelsons has a fixed price of $319,000 at which GMAEC can buy the building. That lease expires in November 2022, meaning that deal will not change before that point.

The GMAEC team has had the plan to buy the building for several years now, hence why it launched an extensive remodel process since the latest lease signing. The theater area in particular was a mess when GMAEC took over the building, Shaffer said.

That location, at 195 W. Main St. in Cedaredge, has layers of history behind it. In the earliest years of the 1900s, the building served as the town’s first bank. For some time, it doubled as a mercantile. It later became a movie theater where, according to Shaffer, current residents of Cedaredge have claimed to have had their first dates.

“There’s a lot of history, and when we opened the building, we had a panel of people to tell the history of the building, and some of them were descendants of the people who ran the mercantile and several people who had their first dates at that movie theater,” Shaffer said.

Due to the long-time desire to eventually purchase the building, Shaffer pointed out that, while a good amount of remodeling was through “in-kind” donations. The building was re-roofed at no charge to GMAEC, and DMEA revamped the electrical system on donated time. David Starr of Starr’s Guitars was responsible for most of the sound equipment upgrades in the building.

Including in-kind donations, the total amount of the remodel came out to an approximate value of $400,000, all which took place during GMAEC’s current lease with the owners, ensuring that the same selling price of $319,000 is still in place as it was before the remodel.

“So in other words, we have already spent more on that building that we’re going to have to pay to buy it,” Shaffer said, “and none of that money goes against the purchase price.”

Shaffer credited GMAEC’s recent grant success to the relationship between its grant writer and the El Pomar Foundation, especially when it came to its additional $5,000 grant for general operations, for which they didn’t even apply.

“The person who writes those grants to El Pomar has been Judy Fairchild,” Shaffer said, “and so she had several of us write grants, and what you do with grant writing, usually, is you establish a relationship with the grantor.”

Due to past experience, El Pomar determined GMAEC to be a good awardee of a general expense grant for which it hadn’t applied.

“El Pomar gave it to us based on what they knew about us and, you know, it was a show of confidence in us as a nonprofit and as an important community asset.”

For the $15,000 building purchase grant, Shaffer figured they had applied for about three times that amount, but that she very much understands the partial award, particularly with the way the world is currently.

“There’s so many things in the scheme of human need that probably override the arts center,” Shaffer said. While she indicated that community in the arts, along with the kind of unity that GMAEC brings to town, is very important, she referenced the fact that in El Pomar’s most recent batch of grant approvals, the only entity to receive more than GMAEC is CASA of the Seventh Judicial District, Inc. of Montrose.

CASA, which stands for Court Appointed Special Advocate, is an organization that focuses in supportive housing and volunteer advocates for the abused and neglected, among others in need. It received two grants amounting to $30,000.

“That shows that, yes, [El Pomar] wants to help with the immediate needs and they gave the most to the immediate needs, but they see how critical these other things [are],” Shaffer said. “And it’s art, it’s community gathering. They see what impact losing that would have, long term.”