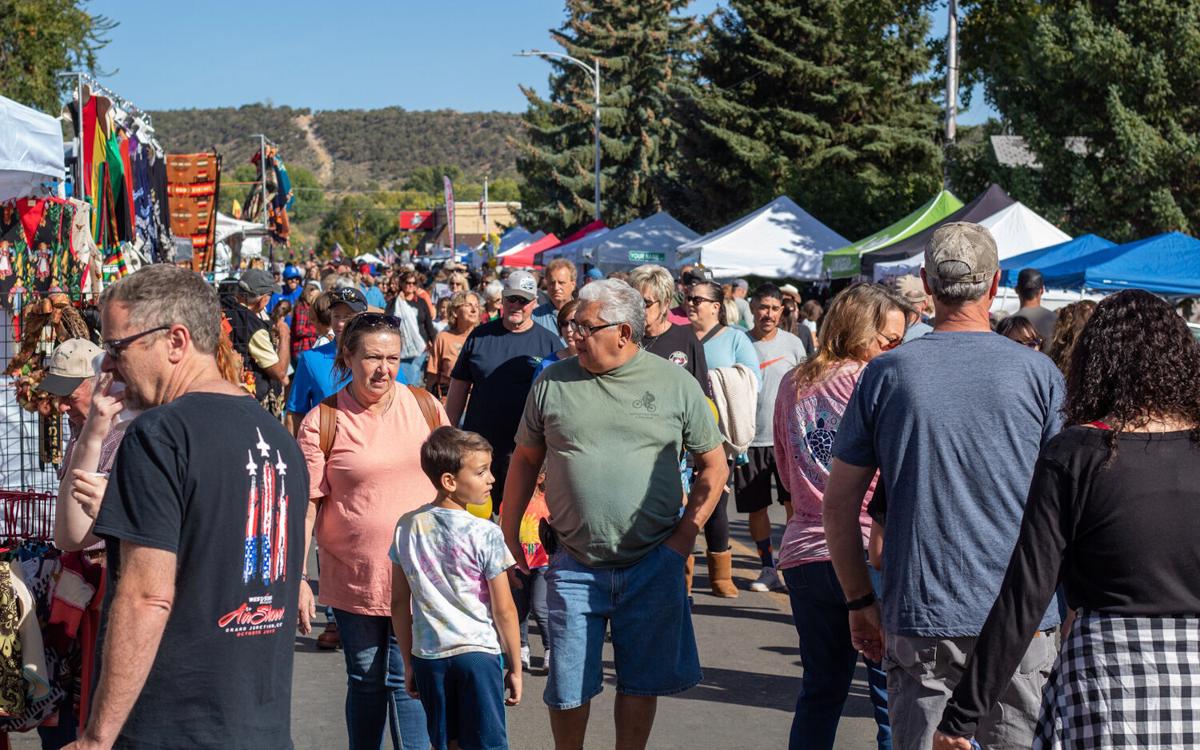 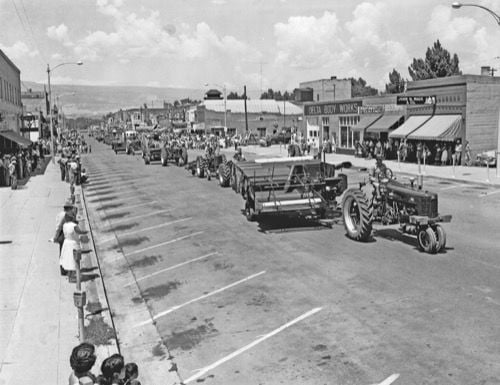 Delta County Museum Agriculture has long been showcased during Deltarado Days as evidenced in this photo of the parade, circa 1955 to 1958.

Delta County Museum Agriculture has long been showcased during Deltarado Days as evidenced in this photo of the parade, circa 1955 to 1958.

The conversation started when Cedaredge Economic Development Coordinator and Town Clerk Kami Collins, wanting to know how to proceed in planning Applefest, requested a meeting with Rajnowski. She then invited other planning entities across the county to partake for Rajnowski’s advice.

While all the major annual events, including Applefest, Deltarado Days and more, were cancelled last year with the uncertainty of the virus, Collins emphasized to Rajnowski that Delta County communities are in dire need of their events this year and are seeking guidance on ensuring they can happen.

Rajnowski’s general response was optimistic overall, as he indicated that he is completely on board with events happening this go around, especially when they take place largely outside.

“My gosh, when people say, ‘I’m hosting an event outdoors,’ I just go, ‘Check, this should be easy,’ because outdoors really increases the ventilation, and as long as the weather’s nice, you’re going to get breeze blowing and the chance of transmission’s pretty slim,” Rajnowski said.

As Collins began the conversation with Applefest, seeing as how she’s a leader in planning the event this year, many of the examples of acceptable circumstances revolved around that event.

As previously reported by the DCI in the article “Cedaredge town staff take on Applefest,” in the wake of the Cedaredge Area Chamber of Commerce dissolving at the end of 2020, the Town of Cedaredge took on full responsibility for the event which had been under the watch of the chamber since its beginning.

This will be the first Applefest run by the town instead of the chamber.

On that event, Rajnowski admitted that there would be no feasible way to regulate crowd sizes and that many of the precautions would have to take place on a volunteer basis to an extent. That being said, he indicated he was optimistic for the summer programming of events this year.

The advice Rajnowski gave those who are planning events for summer was to “plan for blue,” meaning that, as long as two-week case numbers are still decreasing in some amount, it’s not too overly ambitious to plan the event as if we’re going to drop another level down from yellow on the COVID dashboard.

Vendors should be required to wear masks, while attendees should be strongly encouraged to do so, Rajnowski said.

“Masks are not going to be an option this fall. People are done with masks,” Rajnowski said. “They don’t want to start thinking about COVID again this fall, summer is going to be fun in the sun, and we know that people generally spend less time in close contact with each other during summer, so we’re probably going to see a lower transmission rate anyway with disease.”

Rajnowski was also confident that vaccines would play a large part in the staggered recovery from the pandemic overall.

With that being said, Rajnowski said it would be on each event planner to ensure that, while enforcement of regulations is an admitted problem, events are laid out in a way that naturally reduces transmission.

Ideas include placing booths and events further apart, ticketing events to limit attendance, holding events outside when they normally wouldn’t be, and with anything food-related, ensure that preparation is sanitary and that samples are served in individual portions. Also, servers must be masked.

“We are not killjoys, we are not trying to close things down,” Rajnowski said. “I would love to be at Applefest this fall. I used to teach science up in Cedaredge and I used to do a thing called ‘Run with the Cubs,’ for anybody who’s been up there a long time, but when I was a science teacher up there, I used to [love] Applefest. I do not want to see that thing canceled again this year.”

Rajnowski furthermore explained that, with Level Blue, buildings and areas are told to operate at a maximum of 50% capacity, but in reality, that’s the restriction for what people can do without specific health department approval. He would therefore work with entities on safe environments that may go over that 50%.

“You can’t control that day how many people are going to show up,” Rajnowski said in reference to Applefest. “So I’m going to be working with [Cedaredge Town Administrator] Greg Brinck and Kami and all those people who are organizing Applefest to do what we can to limit the way people participate in that event so we can minimize transmission.”

Deltarado Days, for example, has some COVID-friendly alterations in store this year, including moving the vendor village to the larger Confluence Park instead of having it at Cleland Park. Overall, more blocks of Main Street will be utilized and tables will be more spread out.

In reference to graduation ceremonies in May, Rajnowski figured that, as the the vaccine would probably not be in full circulation and availability, the recommendation would be to hold those ceremonies outdoors. He stated that he’s not a fan of the drive-through adaptations that happened last year, however, and would encourage an actual seated ceremony outside.