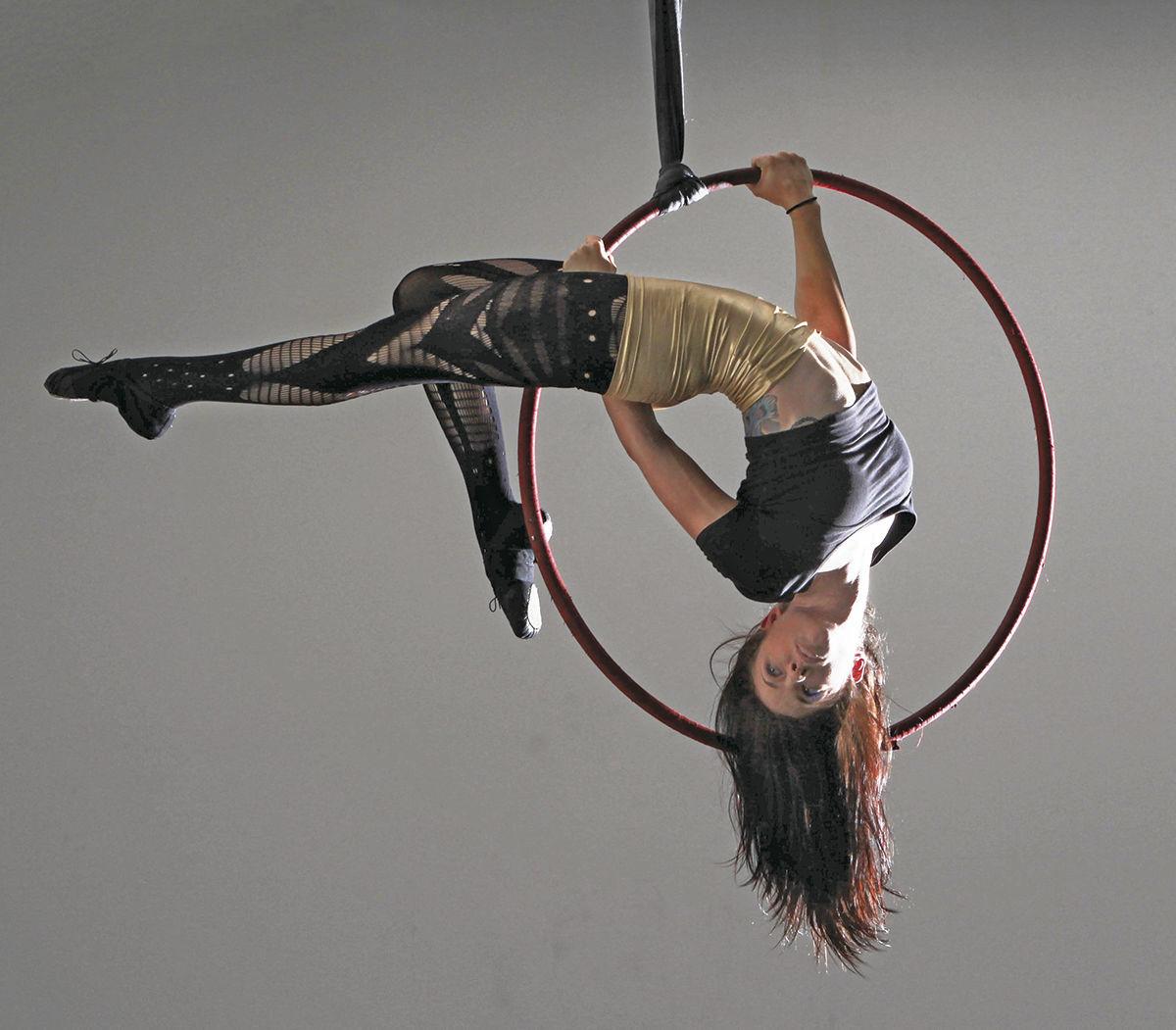 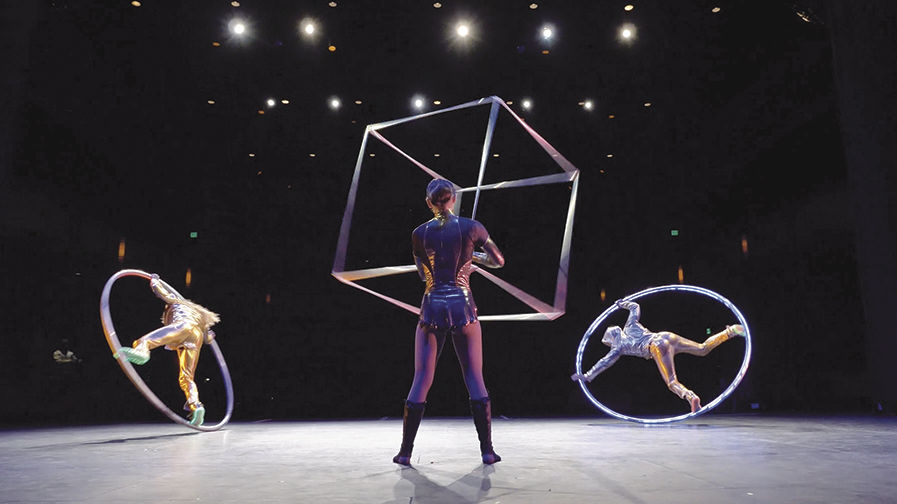 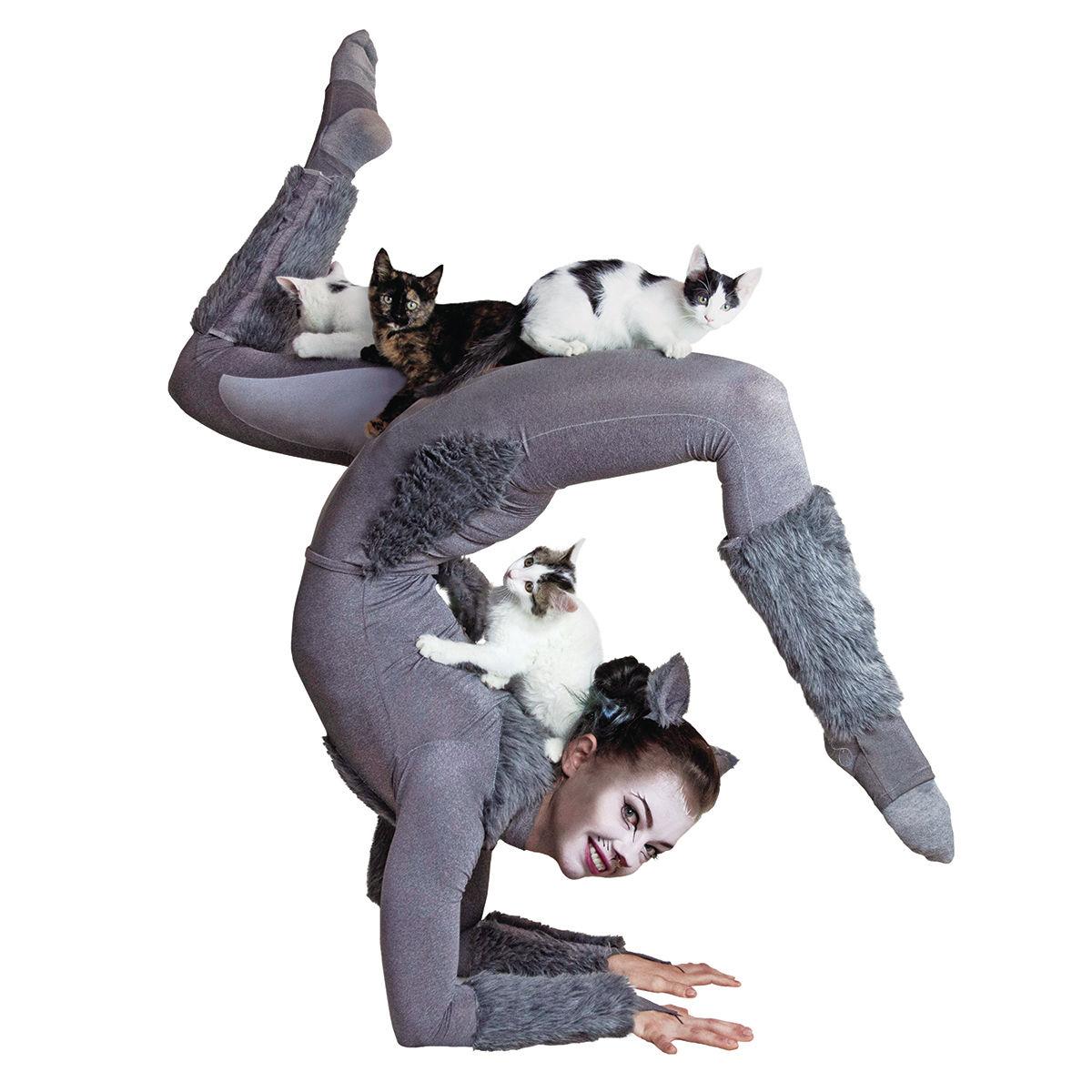 Rikki Morehouse and friends pose for a promotional shoot for Varieté, a 2019 benefit show for the Surface Creek Animal Shelter in Cedaredge. 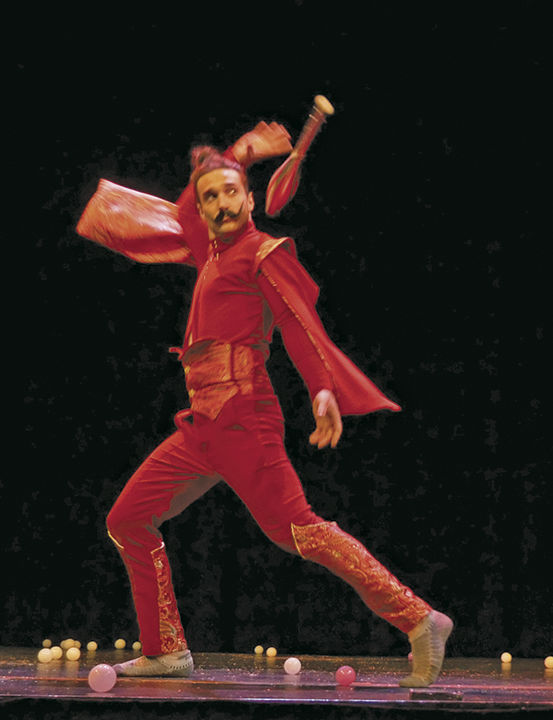 Rikki Morehouse and friends pose for a promotional shoot for Varieté, a 2019 benefit show for the Surface Creek Animal Shelter in Cedaredge.

Think about the bombast of the Big Top and then visualize the Las Vegas extravaganza of Cirque du Soleil. Now think of something in between and add an educational component and you have an idea of what Homestead Circus Productions is shooting for.

The team of Rikki Morehouse and Dominic Del Signore created their circus entertainment company two years ago with an emphasis on performance. Based in Paonia, the two began appearing together at corporate parties and private functions as well as staging larger shows. Soon the two realized that their combined experience meant that they represented half a dozen circus arts as well as having mastered a variety of apparatuses.

Rikki specializes in the disciplines of flexibility and contortion. She has also mastered the aerial hoop and circus handstand, not to mention her creative skills as a professional costume designer and freelance graphic designer. Dominic performs gravity-defying stunts on the rolling cyr wheel and he’s also an accomplished juggler.

Both performers love showcasing their individual and combined talents, but going forward they are also seeking to expand their work by teaching others and seeking artistic collaborations. Having studied their craft under a number of influential coaches and teachers, Rikki and Dominic are beginning to share their craft by offering more group workshops and private instruction.

Rikki works with youngsters who are interested in dance or gymnastics where training in flexibility is vital. In addition to teaching physical techniques she also helps children learn discipline and self motivation. She feels that circus techniques are a great way for her students to physically express themselves in healthy and satisfying ways.

“It’s important,” she said, “for children to learn proper technique and body-care.” It’s not enough to be able to perform — pre-performance strengthening and body preparation are also required. Including, Rikki noted, “a lot more sit-ups than you might imagine.”

Dominic agreed that it’s not enough to do tricks. He may teach an individual to juggle, but he’s also teaching self-discipline and persistence. “Learning to juggle doesn’t mean you have to become a juggler,” he said.

As for collaborating with other creative individuals, the two performers have a large network of trainers and coaches throughout the circus community. As a result, Homestead Circus often works with other circus-folk to provide entertainment and instruction. Their next set of collaborative workshops is set for later this year in Boulder.

Where Delta County is concerned, Rikki and Dominic are looking to engage the community by collaborating and connecting with local performing artists including musicians, dance troupes and thespians. And they’d also love to find a space to lease in order to accommodate future workshops and classes.

“Just make sure the place has 20-foot ceilings,” Dominic noted because Homestead Circus’ activities tend to stretch the limits of an average room.

As for the future of the circus as an art form, Dominic is philosophical.

“Some people have the misconception that the circus is dead, but it’s alive and well and growing stronger by taking new forms and seeking new venues.”

The newly emerging circus is adopting modern styles and popping up in new locations including theatrical stages, outdoor fields and home parties.