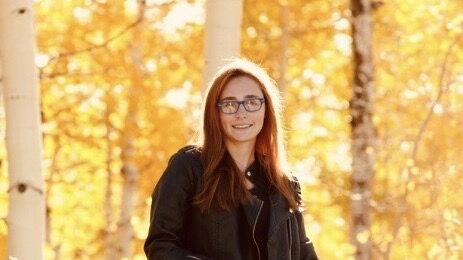 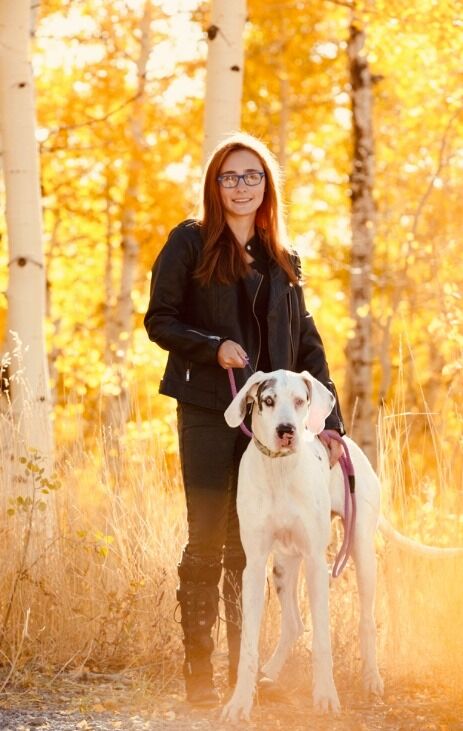 With August being only a few days away, the next academic year is set to begin in less than a month. This includes fresh perspectives for local students who are going into higher education this year to pursue their freedom to study for their chosen career paths.

Kalinn (KK) Komives, recent graduate from Charter Vision Academy, is attending Colorado Northwestern Community College to pursue education in the veterinarian and animal medical field. She plans to take marine science, animal science and national park ranger classes. However, she didn’t sit back and wait all summer for the new school year to come along.

Instead, Komives took hold of the inception of a new internship at the Surface Creek Animal Shelter.

Jacki Dapkus, secretary of the Surface Creek Animal Shelter board, said funding for the internship program was made possible with funding from the US Bank, as well as contributions from Big John’s Lumber and the Cedaredge Rotary Club.

With those contributions, Komives has been able to step into the new internship’s first year, while there are plans for continuing the program in following years.

Komives learned about the opportunity when it was still in the conceptual phase, as it had not yet been properly funded. She learned it through her mother Alisha’s connections, as she used to be the executive director for the Cedaredge Area Chamber of Commerce.

“I was kind of a little pestering bug because I kept asking her about it until she was like ‘Yeah, we’re able to do it,’ and I was like ‘Okay, I’m your first applicant,” Komives said.

Even as a kid, Komives said she wanted to be a marine biologist, while at the time she thought that was what a marine vet was.

“I was naming it the wrong thing, so as I got older, I’ve always been on the same direction, but I just got more specific areas of expertise and narrowing it down more,” Komives said.

Komives clarified that the veterinary field includes far more than simply helping animals, as the administrative side and record keeping are pertinent in animal care.

According to Komives, the internship, which she began at the start of June, has proven to be beneficial, as it mainly provides her with practice for more of the record-keeping side of the veterinary field.

“So a lot of my part is doing a lot of the paperwork, like adoption papers, making sure those get all filled out, or when someone brings in a stray or relinquishment,” Komives said. “Because with the state inspector, everything has to be in order, whether it be the kennels or the correct paperwork, so I do the volunteer papers or the foster papers, and I just make sure all the paperwork’s in order, especially medical records because that’s the most important part.”

When someone comes in to adopt an animal, the medical records are pertinent in order for the adopter to be fully informed of procedures and issues in case something related happens down the road.

A massive benefit to the internship was the opportunity to learn the basic program used in animal record keeping, which is allegedly common but complex to those who aren’t practiced in it.

“At first it was kind of confusing because the [basic] program the shelters use is like the common program, but to me, I’ve never seen it,” Komives said. “Taking in a stray versus a relinquishment is different paperwork and it’s hard to figure it out.” However, Komives said that while it initially took 15-30 minutes to get a stray checked in, she can get it done in about 10 now.

Komives gets 10 hours a week of this practice in the inaugural year of the internship, keeping up on the administrative side from 3-5 p.m. Tuesday-Saturday.

“In my free time, I do help clean some of the kennels sometimes and play with the kitties that need it most, more socialization,” Komives said.

With all things considered, Komives agreed it appears she will go into her further education with a helpful advantage.