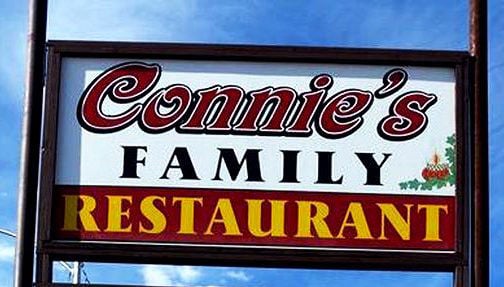 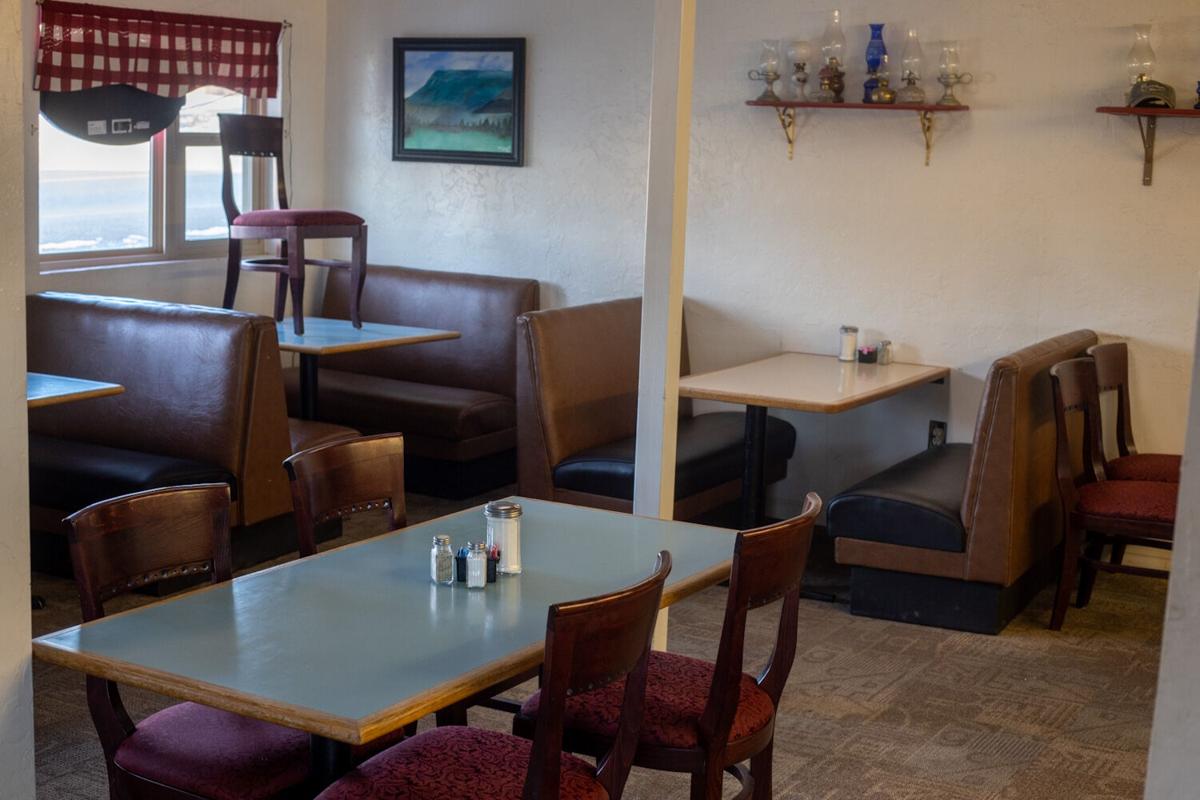 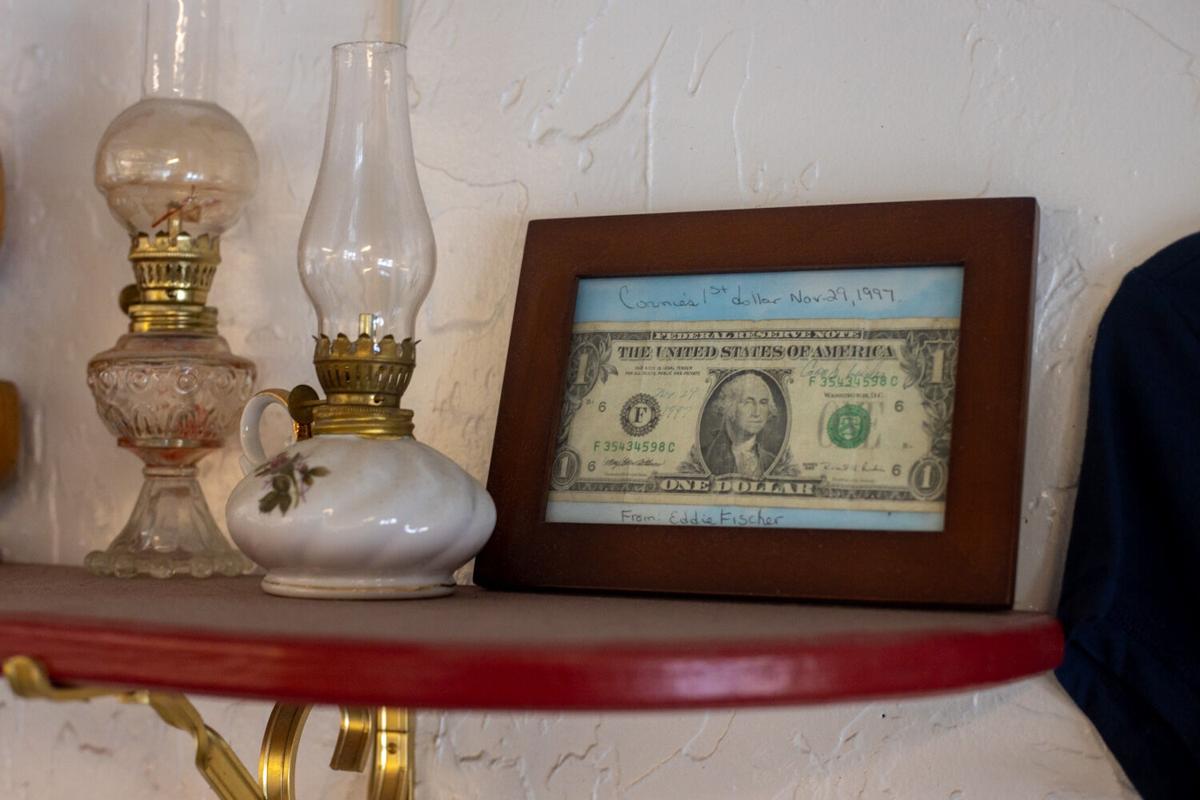 Connie Freeman's first dollar as the new business owner in November 1997 sits displayed on a shelf by the door. 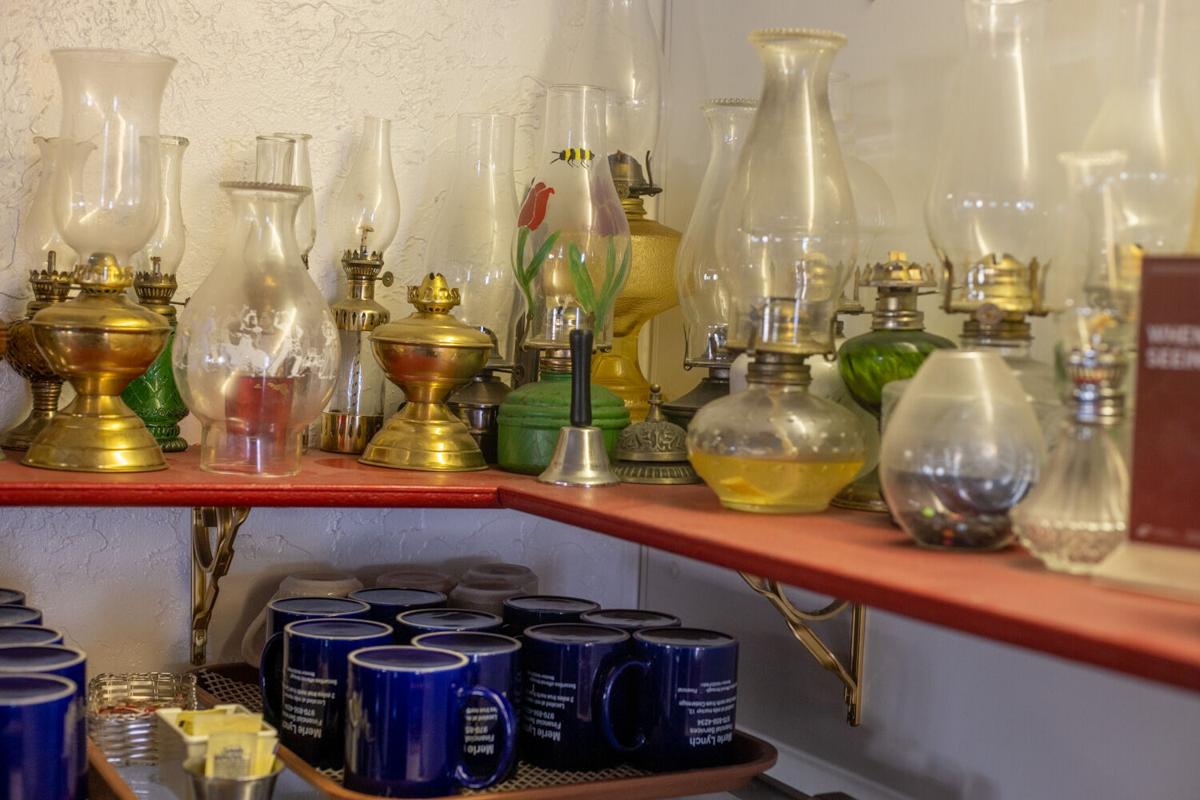 Connie Freeman's first dollar as the new business owner in November 1997 sits displayed on a shelf by the door.

The DCI previously reported on the completion of the rebrand of Creekside on 65, but on the flip side of evolving restaurants is Connie’s Family Restaurant a diner with consistency and an ever-lengthening history in the Town of Cedaredge.

Connie’s has been open and under the same ownership longer than any other restaurant in town, reaching its 24th year this year.

Merle Lynch, a financial planner based in town, has been a regular, loyal customer of Connie’s for a very long time, practically since the business was purchased by Connie Freeman, the diner’s namesake and owner. At that time, his office was in the other side of the same building. Ultimately, Connie’s expanded with a second dining area, taking up the rest of the building.

Lynch commended the diner for its consistency throughout the years in its hours of operation, willingness to accommodate food needs to fair extents and the close-knit staff and regular clientele. In a “Cheers” reminiscent sense, in a town like Cedaredge, it becomes that place where everybody knows your name.

“It’s amazing, the regulars that come in here, one of them, Chuck, is an air force veteran,” Lynch said. “We have church groups come in on different days.” Lynch explained that he sees it all at some point, as he comes in regularly at 7 a.m. sharp when the diner opens for business, every day except Tuesday. And every day, it closes at 2 p.m.

Connie Freeman, the story goes, came to the area in the early ‘90s, needing a job. Having food service experience in her home state of Nebraska, she found a job at Sylvia’s Frog Pond, which was the predecessor to Connie’s location, where she learned to cook frog legs, even though she never did try them.

“My boss, Sylvia, that used to have this place, she was dying of cancer,” Freeman said. “We were really close and everything and she helped take care of my kids when I was working and stuff, and then she got cancer and I decided to buy it from [her son] after she passed away.” She bought the business, though the building is still owned by Perry Hotz.

Her first dollar from November 1997 is displayed on a shelf next to the main entrance, framed for display.

“Being a single mom and raising three daughters, I had to stick with it, you know,” Freeman said. There were a few touch and go years, but each time, Freeman and her staff pushed through it to better times on the other side.

Among the staff is Freeman’s own daughter, Melissa Norton, who recalled that she has worked alongside her mother at the local diner for over half of her life now.

Both of them have been there through 24 years of the International Serenity Run, for which they regularly extend their hours drastically.

“We close at 2 every day, but when they’re here, we stay open until 12:30-1 in the morning,” Norton said. The bikers have their late AA meeting in the evenings and, long ago, Freeman heard complaints that nowhere was open in the area at that hour.

“When they get done over there, they come over here for pie and coffee and food because everywhere else is closed,” Freeman said.

Freeman and Norton compared many of the bikers to long-distance family that they get to see once a year, as they truly have grown to know many of them.

As Lynch pointed out, it holds its clientele and family restaurant style year after year with a consistent menu of classic choices and the willingness to meet accommodations. Over the years, shelves around the walls have accumulated a growing collection of oil lamps, which began coming in by donation throughout the years.

Norton figures they have no more room for further lamps.

Connie’s Family Restaurant is open six days a week, every day except Tuesday, from 7 a.m.-2 p.m.