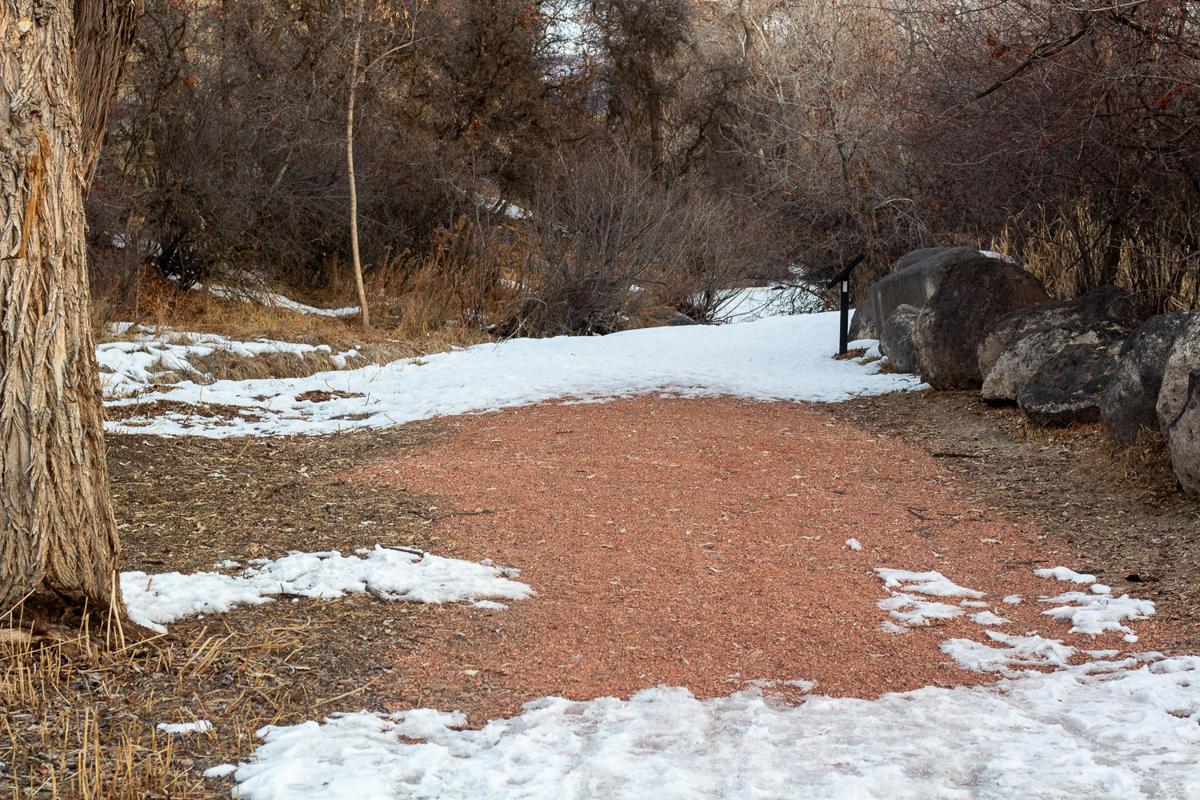 The new mix of the nature trail shows through the thawing snow, ready for summer use. 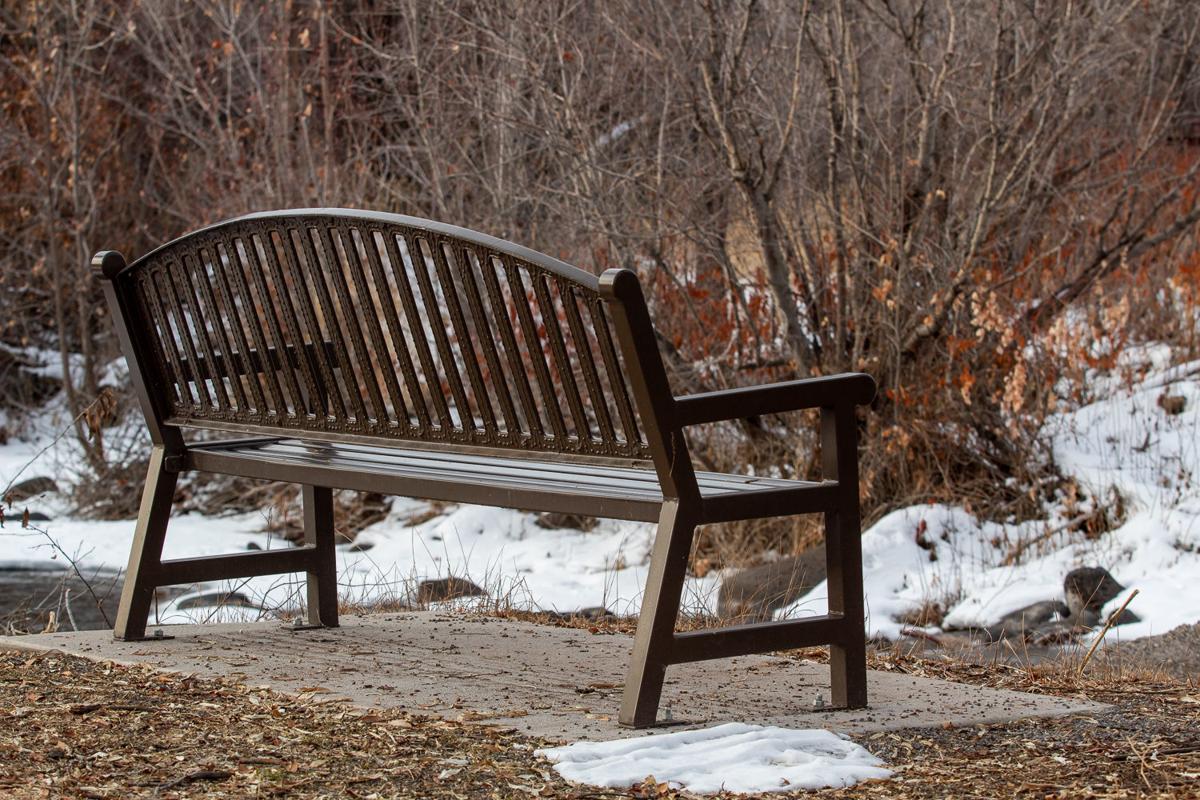 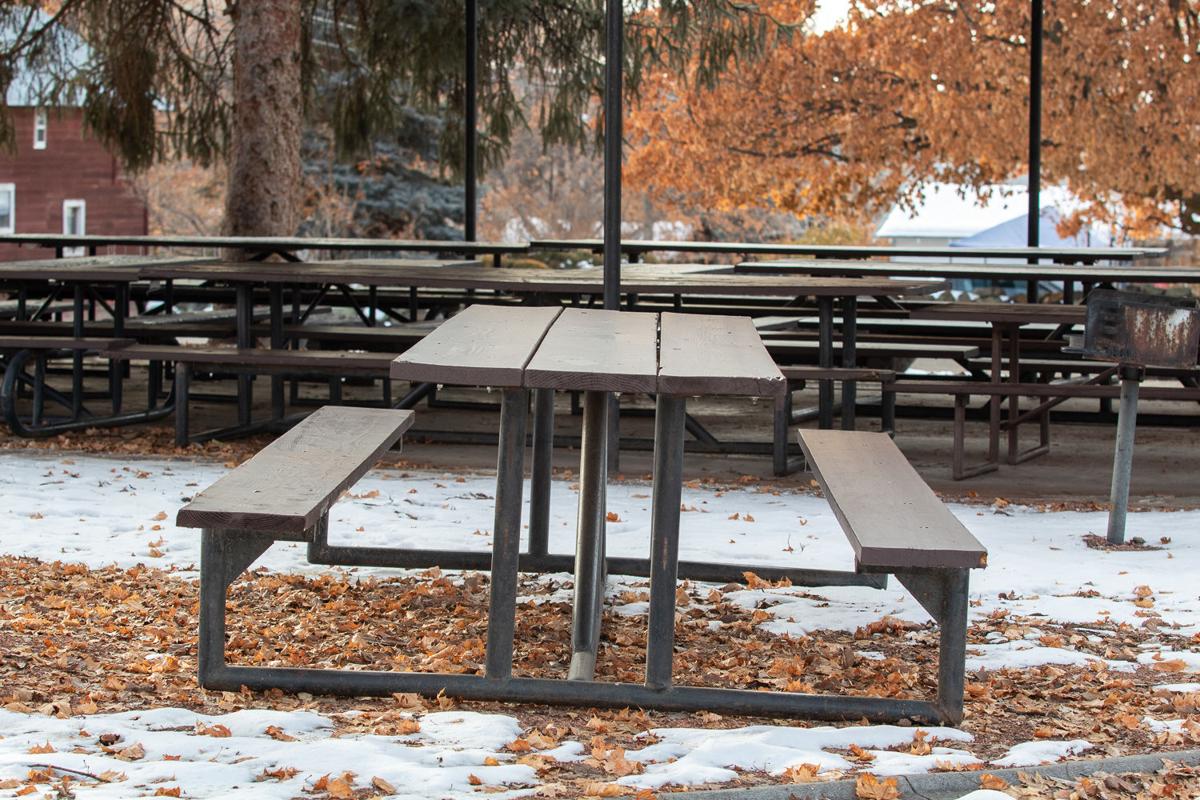 A newly painted picnic table sits at the Cedaredge Town Park while the pavilion behind it is packed with additional tables. The tables were all painted and broken boards were replaced.

The new mix of the nature trail shows through the thawing snow, ready for summer use.

A newly painted picnic table sits at the Cedaredge Town Park while the pavilion behind it is packed with additional tables. The tables were all painted and broken boards were replaced.

The Town of Cedaredge is prepared for the early spring that was predicted by the world famous groundhog Sunday. Public Works Co-director Scott Lock spoke about the preparation of the nature trail down Independence Avenue, behind the Cedaredge Foodtown.

According to Lock, the process of laying down the new trail mix was a race with time concerning the weather, but the public works department managed to finish the job before serious snowfall took place. Additionally, new trash cans and benches have been put up and general maintenance was performed.

“To get all the dead trees and the ground shrub and everything out of there was just huge, you know,” Lock said. “We used the prisoners for about a week and a half in the beginning to get it cleaned up and then the tree company came in.”

According to Lock, the Delta Correctional Facility inmates did a good job making the trail accessible, getting “rid of the ground clutter” and making it ready for Western Slope Tree Service to trim the trees that border the trail the whole way.

“Once spring hits and things like that, it’s going to be beautiful, and even to this day it gets used every day, a lot,” Lock said.

Apart from the nature trail, the public works department was busy taking picnic tables from the Cedaredge Town Park, rejuvenating them and returning them. That project is also complete, Lock said. Broken boards were replaced and the tables were repainted. The tables are packed under the pavilion right now (with the exception of one, which can’t fit) to protect them from the weather, but they’re all on-site.

“The town park that Cedaredge has is an amazing park, it’s one of my favorites in the area, for sure, so we take a lot of pride in it,” Lock said. “It gets used a lot by kids and groups.”

In addition to updates on the nature trail and town park, Lock said at the Jan. 16 town meeting that he wanted to remind the public that the crosswalk on the highway in town is still an active crosswalk, even though the center-road sign is not currently there. He reiterated that point on Monday, stating that the sign isn’t there during the winter due to an agreement between the town and the state snow plow. The state plows the entire road, so the sign gets in the way of its operations. However, a crosswalk is still painted on the road.