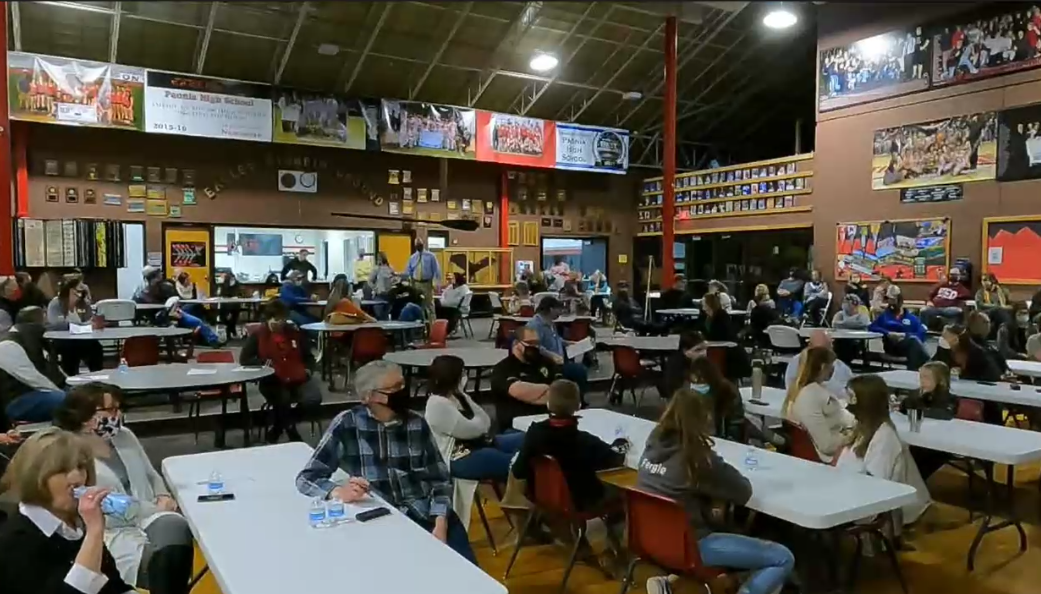 A large crowd was in attendance at the reconfiguration meeting in Paonia on Wednesday evening. Participants also joined in online. A similar meeting took place the following evening in Hotchkiss. 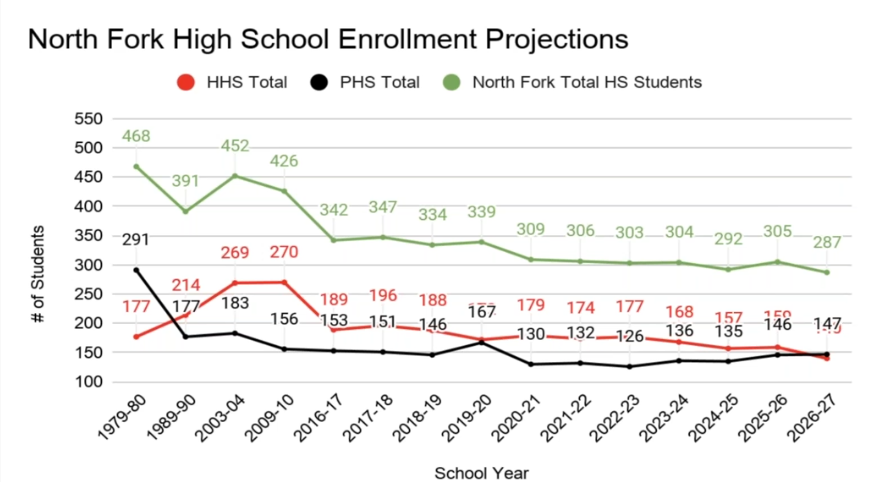 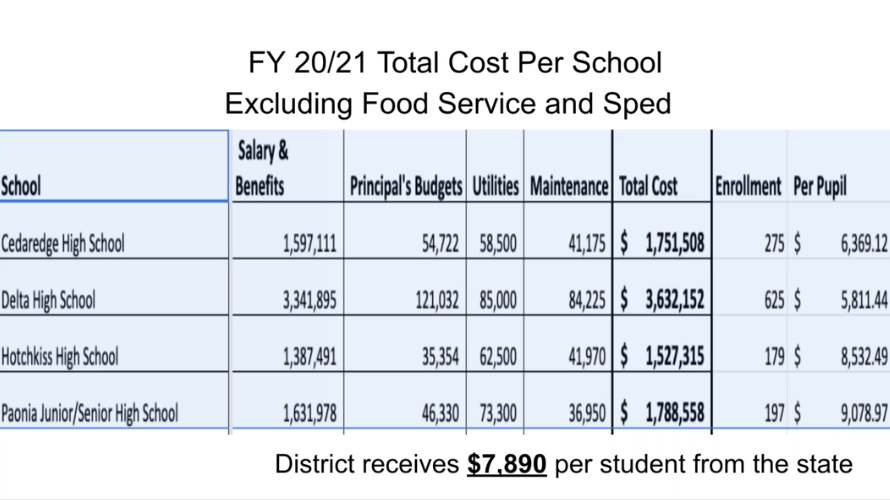 A large crowd was in attendance at the reconfiguration meeting in Paonia on Wednesday evening. Participants also joined in online. A similar meeting took place the following evening in Hotchkiss.

Delta County School District 50J hosted several meetings in both Paonia and Hotchkiss last week to discuss the K-12 reconfiguration of the community’s schools. Two of those meetings were held at the high schools in question providing both in-person and online attendance.

Superintendent Caryn Gibson reminded the audience at the meetings that the discussion was about a total K-12 system for the North Fork communities of Paonia, Hotchkiss and Crawford.

“I want to remind you that this is hard, this is not easy standing in front of all of you sharing that the high school may change but in order to grow we need to change,” Gibson told the Paonia community Wednesday night.

Her message to parents, staff, students and community members in Hotchkiss on the following night was much the same.

“I want to tell you this is hard. Change is hard. But it’s kinda that ‘good to great.’ How we keep great things going on for our kids ... and to grow and change is hard. And sometimes we have to get out of comfort zone… if there was an easy decision for this it would have been made a long time ago,” Gibson said.

Gibson and district staff provided both groups with a detailed 45-minute presentation highlighting the history of the district, a past bond failure that led to a four high school system in the county and a current status report of the schools in the North Fork valley.

Due to the drop in enrollment over several decades, attributed to the closure of two coal mines in the valley, the district revived the North Fork Task Force which met for five months and reviewed nine different scenarios for school reconfiguration. The task force was delayed because of COVID-19, but the topic is back on track with a final decision expected at the school board meeting on Feb. 25.

Gibson asked participants in the meetings to have “a district lens” when considering the two options while also acknowledging that others have their “own lens.” In preparation for the change, the district gathered “a lot of pros and cons” concerning the two re-configuring options via an online survey.

“This discussion is about looking into increasing options and opportunities for kids as they graduate from our schools,” Gibson said, adding that the district must also maintain effectiveness, efficiency and financially responsibility.

Jim Farmer, human resources director, showed the overall enrollment for the district highlighting the continued decline in Paonia and Hotchkiss (including Crawford).

Kurt Clay, assistant superintendent and public relations, talked about the relationship between declining enrollment and the cost of educating students in the district.

“All these work together. It’s really important that we look at what it costs at each school,” said Clay showing a chart with 2020/21 cost per student at the four district high schools excluding food service and Special Education (SPED).

Clay said if things stay the same, staff cuts would become inevitable. By combining the North Fork schools the district would save approximately $750,000 per year and the ability to retain staff. A one-time cost of $650,000 would mostly be taken up with re-branding the new North Fork High School.

Clay, who also heads up transportation, said there would also be additional costs for transportation. He said the district has 43 bus routes running approximately 2,800 miles a day. He said it’s important to notice where the students live.

“We have to look at how much time our kids are on the bus. Potentially if you move them back... some students could be on for 2 hours and forty minutes a day which is a long time, so have to look at that,” he said.

A most frequently asked questions round as well as a ten minute per topic discussion rounded out the nearly two hour meetings. Topics included how people felt about each of the options presented as well as concerns on transportation and re-branding.

The final decision on the K-12 reconfigure in the North Fork will be Thursday, Feb. 25 during the regular school board meeting. The meeting will be held at Delta Family Center’s auditorium starting at 6:00 p.m.

Parents like myself choose to not enroll their children due to many factors.

One is Google, Google laptops, Google platform and that is unacceptable to us.

The public school system in the USA is broken and needs reform.

For starters get rid of the teachers union.

I came here from another area 2 years ago and the schools in Delta county are some of the worst I have ever seen to be honest.

Certainly our schools are not perfect. However, I look to them to teach reading, writing, mathematics, history, and expose students to the arts and culture. They seem to be doing a decent job teaching these things.

Paonia high school is ranked #30 in Colorado. 73% take AP classes, and many are prepared for college if they so choose. The schools, teachers, and the teacher's union seem to be doing pretty well.

The choice of laptop platform - and whether the students have one sex education class along the way - seem to me to be peripheral issues compared to the major issues of education.