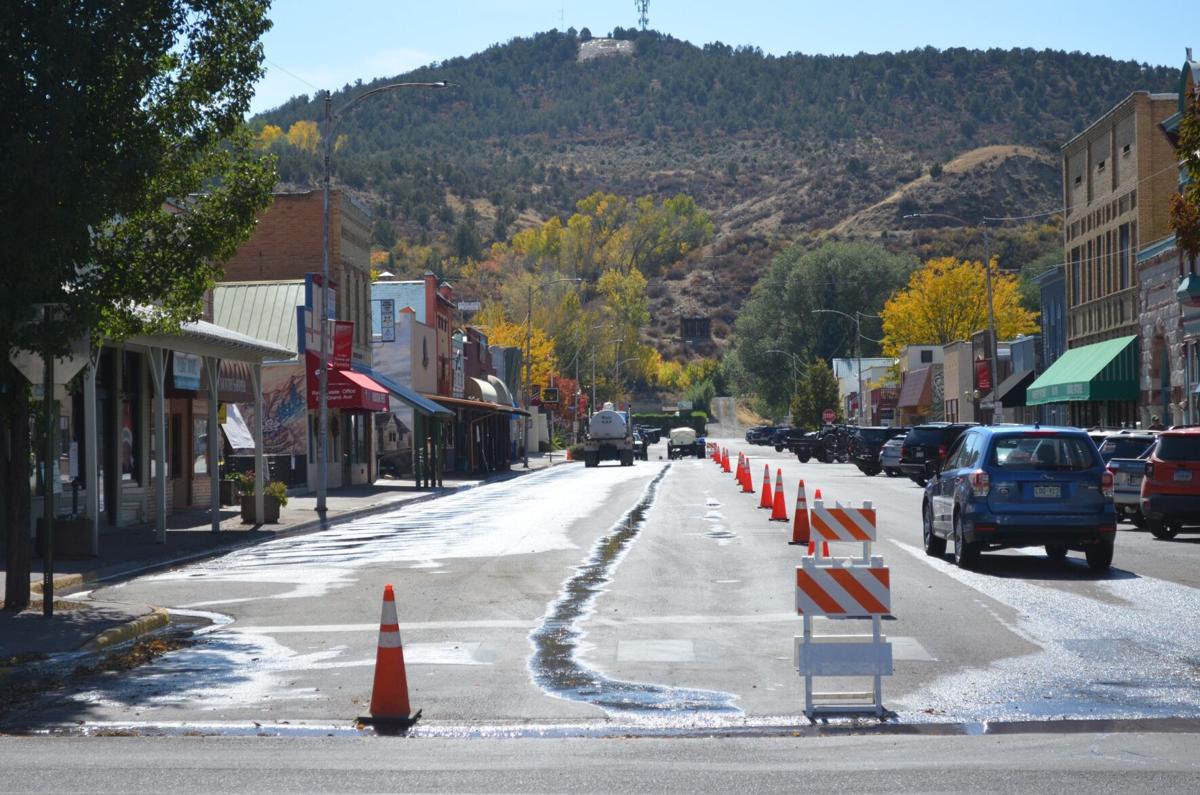 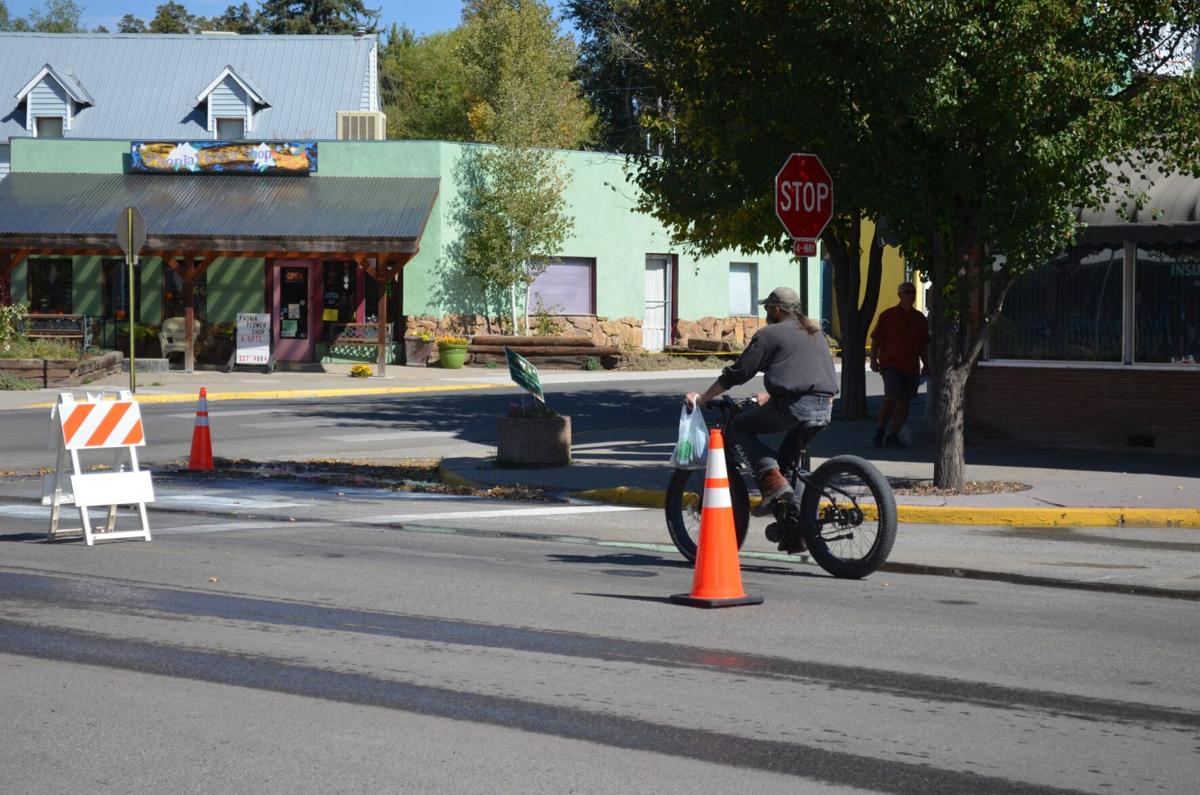 Bike rider travels down Grand Avenue without a designated bike lane. The town removed the 'pop-up' design after residents complained. 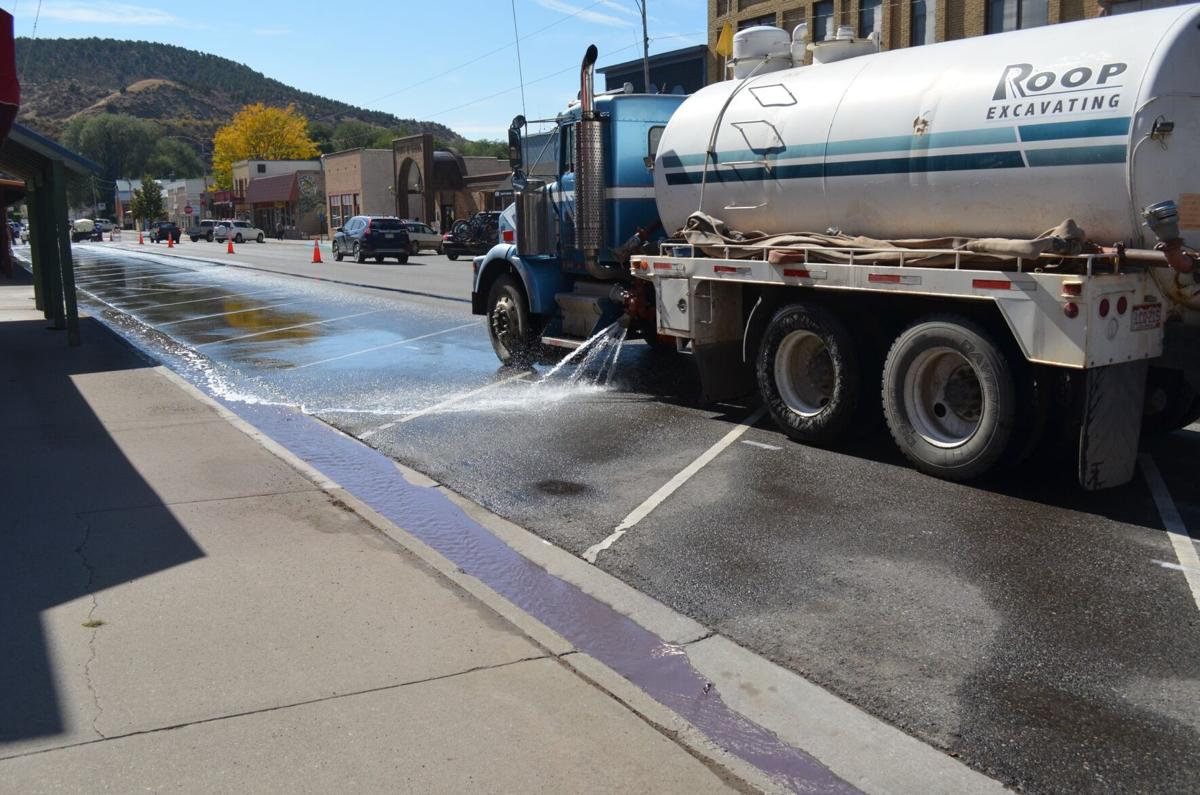 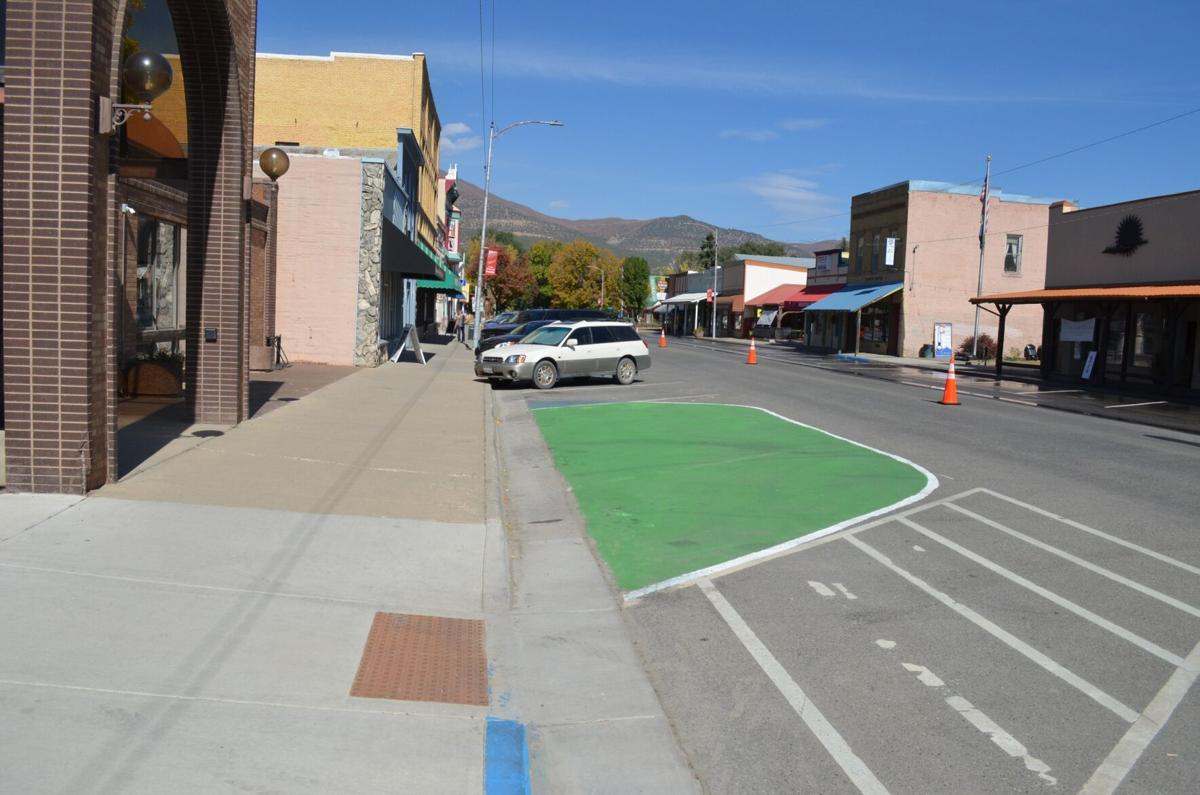 Green spaces will remain until Oct. 17 according to town officials.

Bike rider travels down Grand Avenue without a designated bike lane. The town removed the 'pop-up' design after residents complained.

Green spaces will remain until Oct. 17 according to town officials.

It took less than a week for Paonia citizens to express their displeasure with the painted “pop-up” parallel parking, purple bike path and green parklet project on Grand Avenue.

Volunteers had painstakingly painted the street on Saturday hoping to run the trial for two weeks, however, temporary parallel parking, a lack of parking and overall discomfort with the design angered citizens. Several cars and trucks purposely ignored the paint and parked diagonally across the bike path creating unsafe conditions.

Town administrator Corinne Ferguson moved swiftly on Wednesday to issue a statement via the town’s website and Facebook page after receiving over 500 survey responses and 400 individual comments regarding the proposed changes.

“In just a few days it was quite obvious how embedded the angle parking configuration is in the Paonia culture. Therefore, the town has decided for the sake of public safety that we will return the street to its original pattern in the next few days,” the statement said.

Town officials had decided to forego issuing any traffic offenses during the two week trial period to give citizens a chance to “try out” the changes. However, a number of posts on social media called for Paonians to ignore the paint in order to “send a message to town officials.”

On Thursday Ferguson assured residents that the town would not use “town treated water” for the cleanup of the 200 block of Grand Avenue scheduled for Friday. By noon the cleanup was complete and diagonal parking was restored to the east side of the street.

She asked for patience since the chalk-based paint intended to remain for 16 days would be more difficult to remove after only four days. During the removal, town officials requested that citizens continue to abide by the painted markings for safety reasons.

Despite the “pop-up” rebellion, Ferguson said a preliminary look at the surveys indicated that citizens are in favor of planting trees on Grand Avenue and remain open to the idea of small parklets to add green space to the downtown.

Ferguson said the town will keep the green markings on the pavement until Oct. 17 as originally planned. In addition, the survey link will remain open until that date, afterwards the final data will be analyzed and presented to the Board of Trustees and the public sometime in November or December.

“The town will continue with the final task in the CDOT grant to get design plans for structures such as benches, tables, shade structures, bike racks, that will add to the walkability and ambiance of the downtown by being consistent with the history and heritage of Paonia,” she said, adding that a wayfinding sign will be made by a local artisan and hopefully be installed at Poulos Park before the end of the year.

The pop-up demonstration on Grand Avenue between Second and Third Street was part of a $46,000 Revitalizing Main Street CDOT reimbursement grant. The town used initial architectural designs by Studio MW as a hands-on experience meant to give citizens an opportunity to try out bike lanes, parking alternatives and parklets using temporary paint to mark the new design.