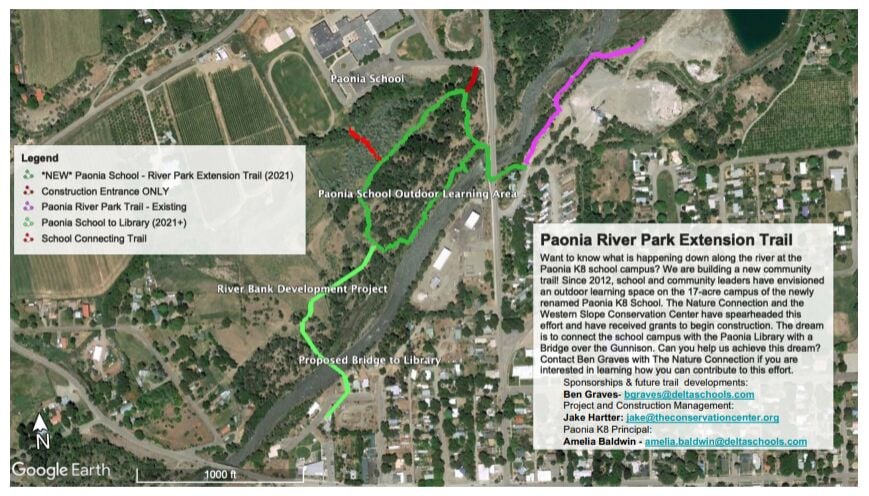 Construction on the Paonia K-8 and River Park Trail should be completed by the end of August. 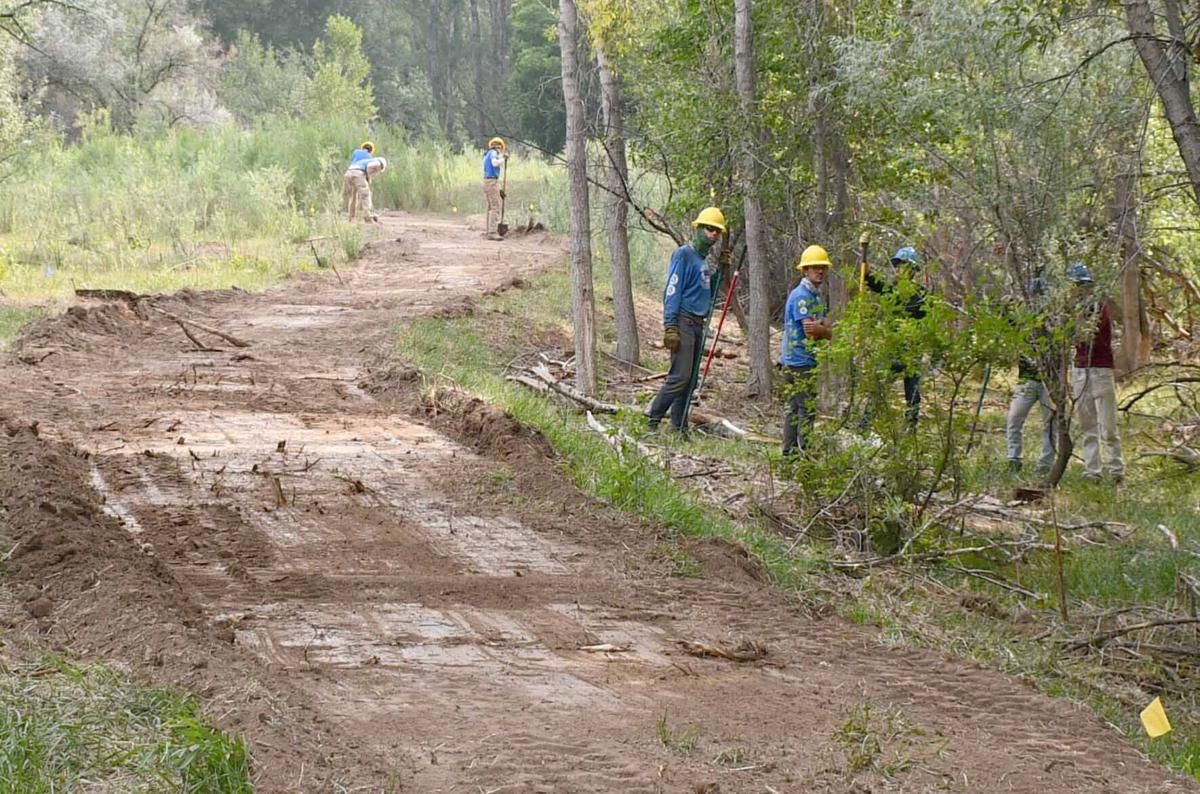 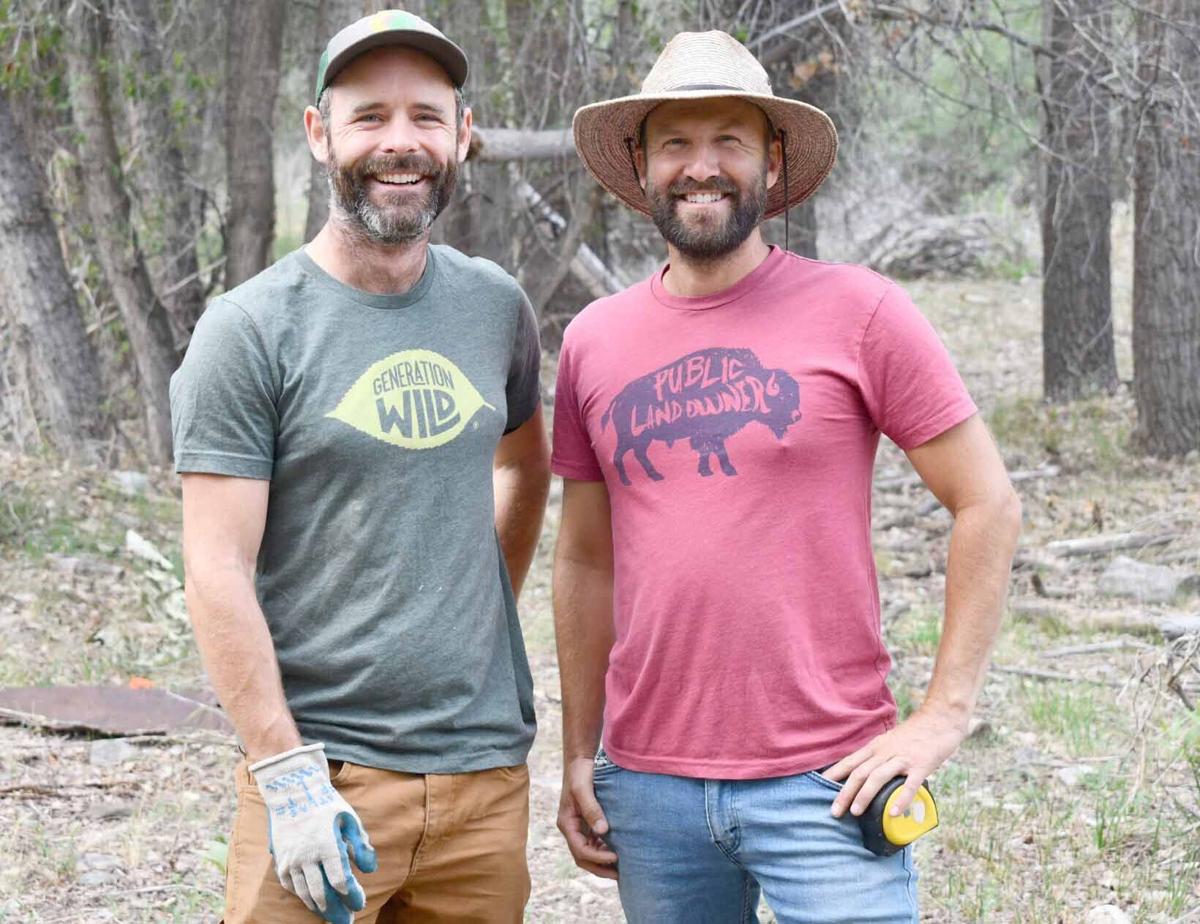 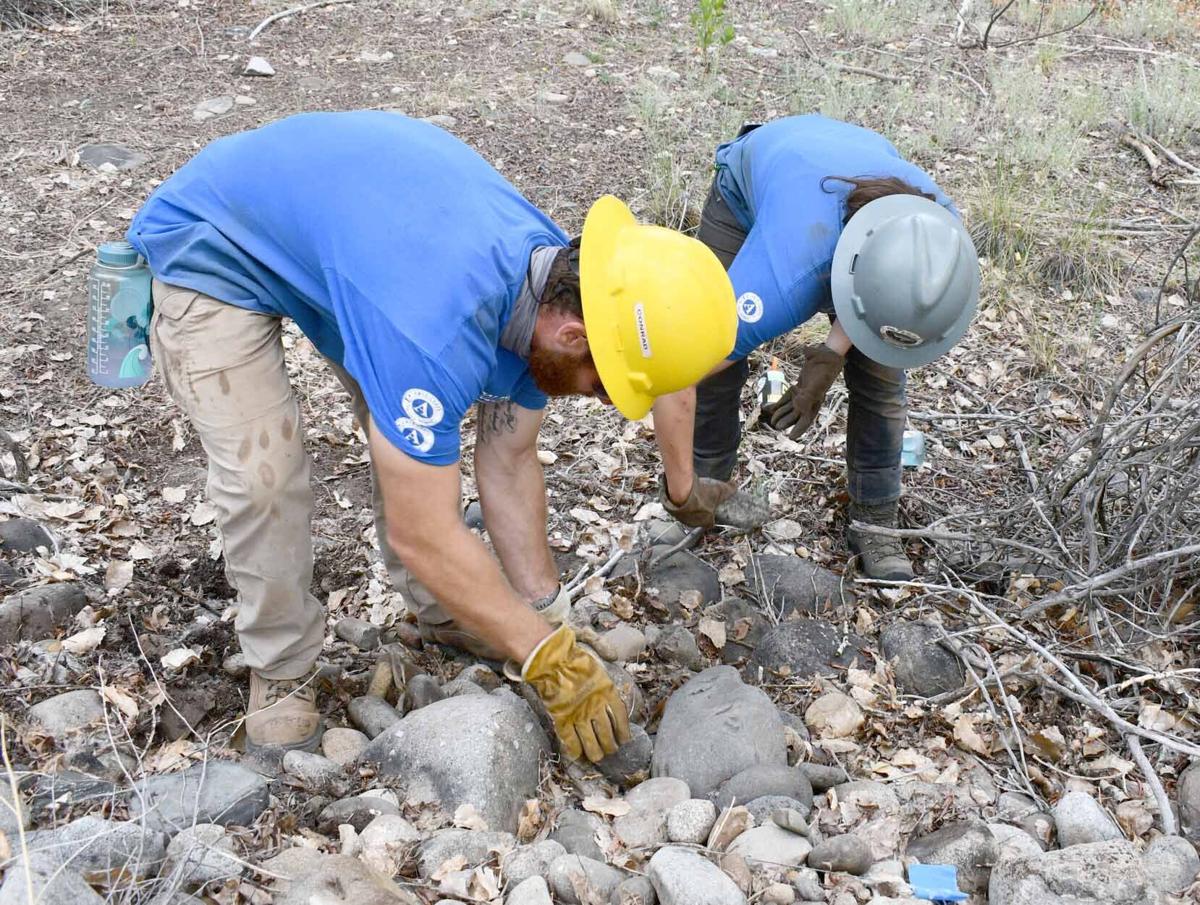 Construction on the Paonia K-8 and River Park Trail should be completed by the end of August.

The sound of chainsaws, heavy equipment and laughter can be heard along the river bottom south of the new Paonia K-8 school. Down by the river are a number of bright colored tents housing a trail crew from Western Colorado Conservation Corps (WCCC).

The WCCC trail crew joined by a number of local teens from The Nature Connection (TNC), known as the “wilder bunch,” are maneuvering through trees, brush and rocks forging a half mile loop.

“This trail project is one of many connecting trails planned for the schools in Delta County so kids and teachers can access the outdoors directly from their classroom,” said Graves.

In addition to serving the new Paonia K-8 school, the path will also be a great outdoor recreation experience for the general public. The area is also under consideration by the school district and the Town of Paonia for a skatepark.

Currently the Paonia River Extension Trail (loop) has a construction entrance leading down to the worksite near the K-8 school. The entrance is “off limits” to the public due to heavy equipment and hazardous conditions.

From construction entrance the trail is being built to the south along Grand Avenue with access to the Paonia River Park. Crews are also building the path to the southwest through an existing nature area south of the K-8 school.

The southern route along Grand Avenue will give travelers the opportunity to connect with the Paonia River Park Trail over the existing river foot bridge and then to a pedestrian crosswalk which connects to an existing path along the east side of the river.

Travelers can opt to continue the loop to the southwest which will take them along the west side of the North Fork of the Gunnison River. The path eventually bends back to north where there’s a private connecting path for students and teachers.

In addition to the loop, there are plans to extend the Paonia River Trail at the south bend through the proposed River Bank Subdivision then back over the river via a footbridge and concluding at the Paonia Public Library.

The 5 foot wide crushed gravel trail should be completed by the end of August. Funds for the trail come from a number of sources including GOCO, the Town of Paonia, Delta County and a huge material donation from an anonymous donor.

“The Nature Connection which is a program of Delta County School District is committed to breaking down barriers for getting outside. We found that a major barrier for getting outside for teachers and students is getting on a bus for a field trip to nature,” said Graves.“ So, our goal is that eventually every student in the school district can walk or bike with their class directly from school grounds.