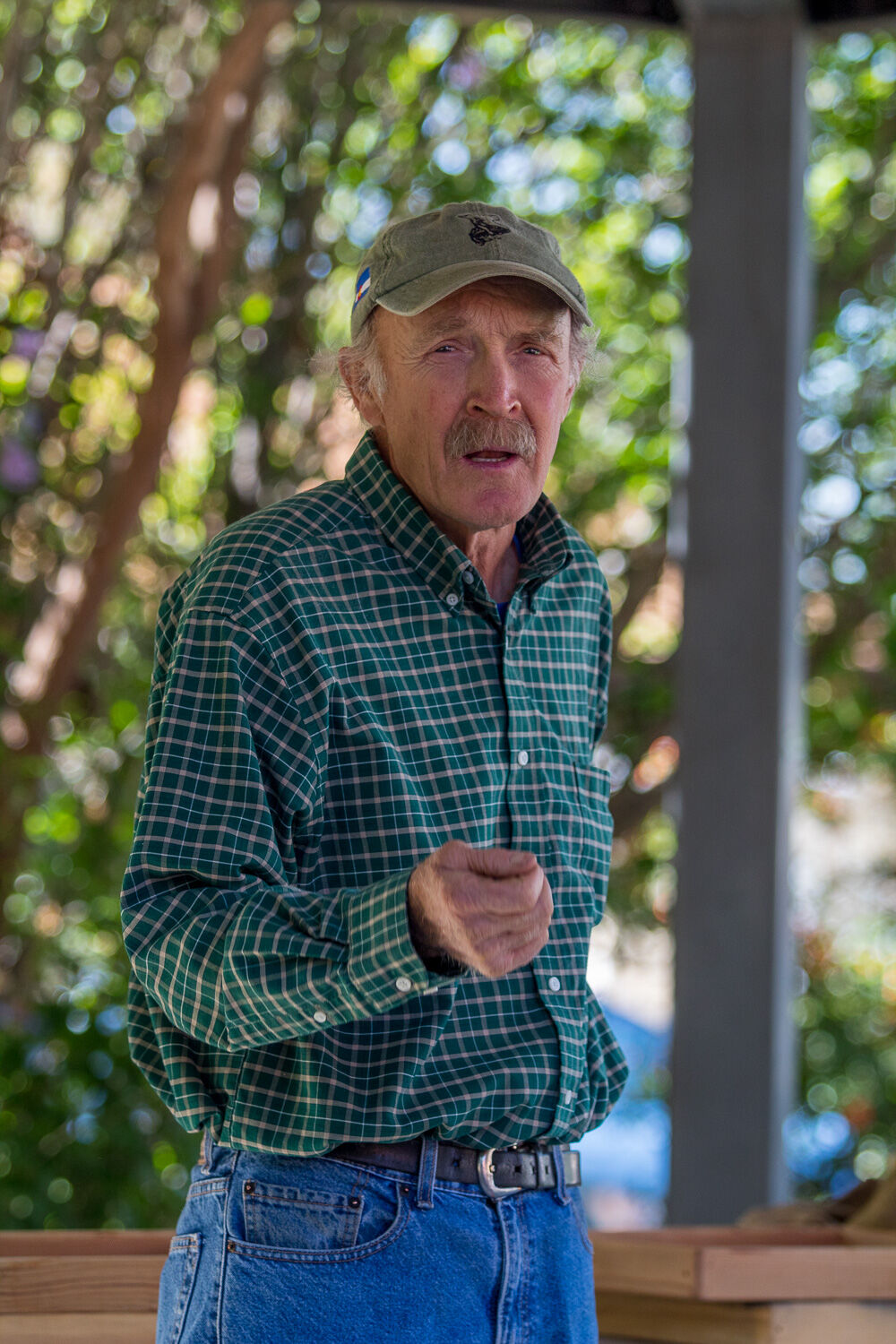 Lance Swigart of Hotchkiss answers audience questions about garlic during his guest appearance at GMAEC's Gardening in the Courtyard Event. 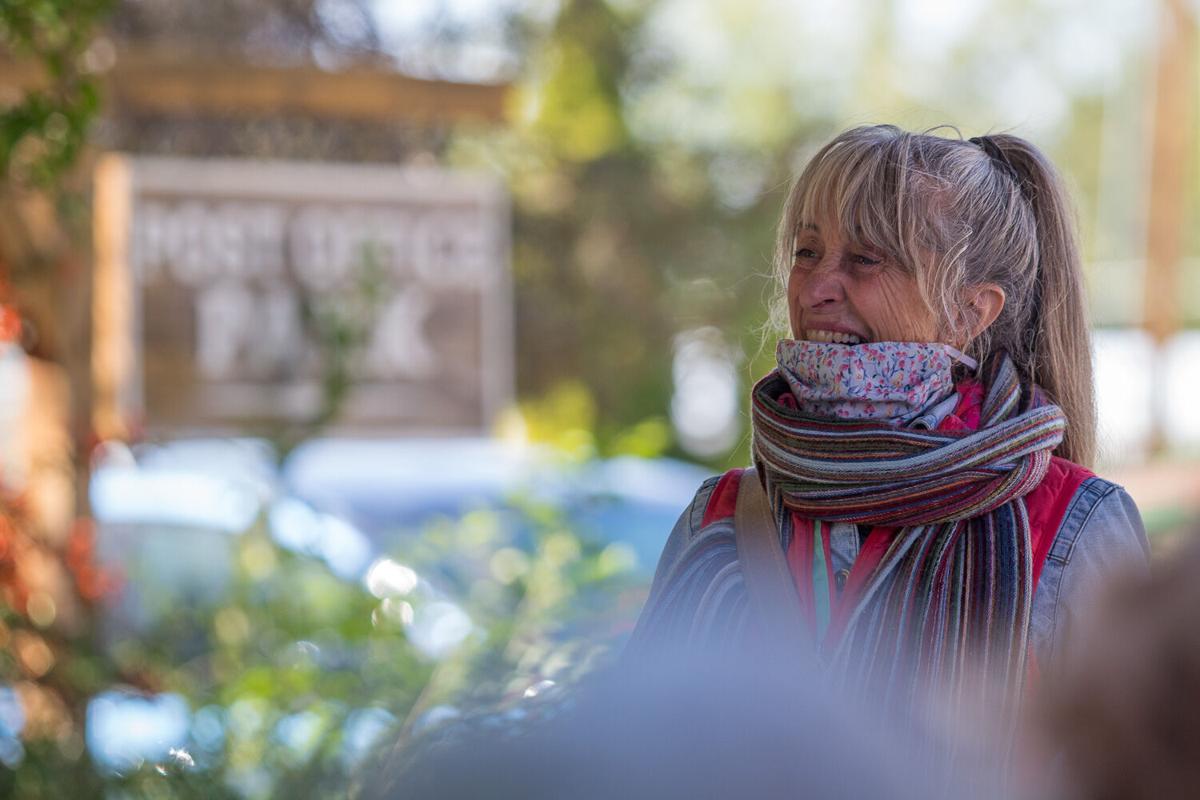 Lulu Volckhausen compares similarities between Cedaredge's gardening issues due to the Grand Mesa versus issues in Paonia, where she lives. 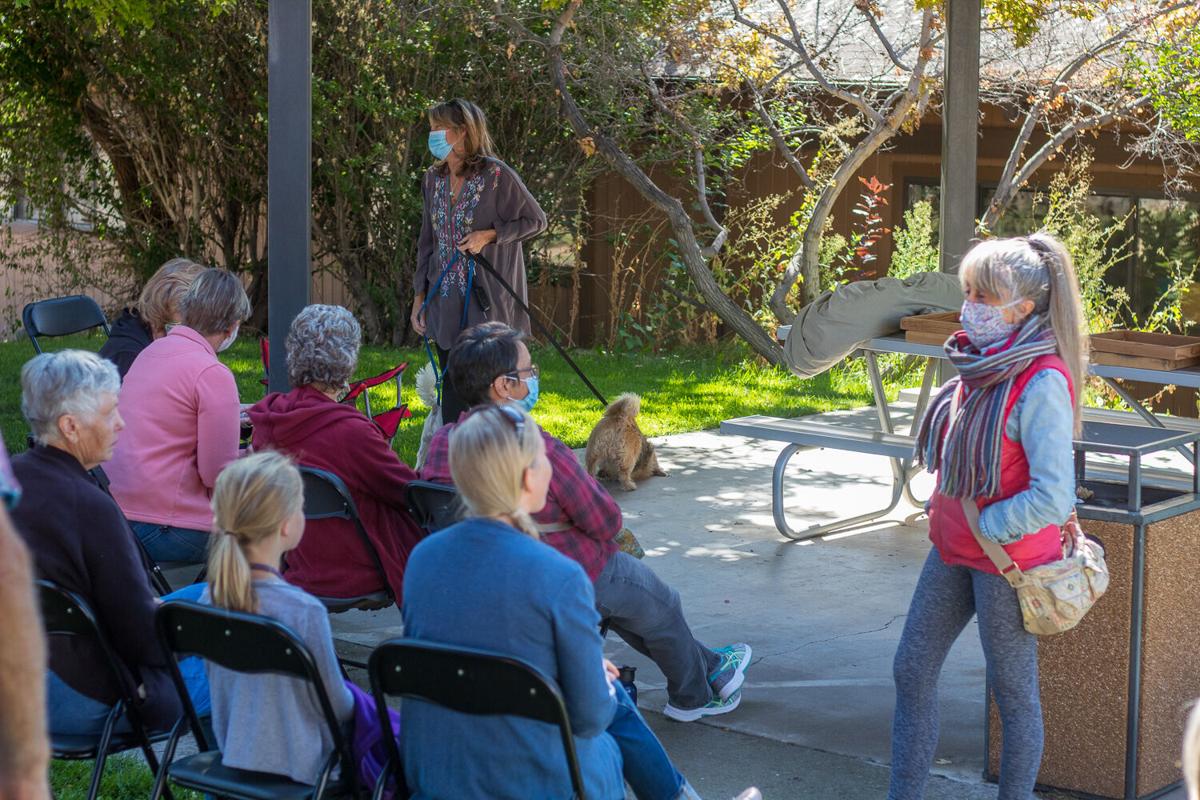 Residents of the surrounding Cedaredge community attend GMAEC's Gardening in the Courtyard event to talk with Lance and Lulu, gardening gurus with a radio show on KVNF.

Lance Swigart of Hotchkiss answers audience questions about garlic during his guest appearance at GMAEC's Gardening in the Courtyard Event.

Lulu Volckhausen compares similarities between Cedaredge's gardening issues due to the Grand Mesa versus issues in Paonia, where she lives.

Residents of the surrounding Cedaredge community attend GMAEC's Gardening in the Courtyard event to talk with Lance and Lulu, gardening gurus with a radio show on KVNF.

The Grand Mesa Arts and Events Center (GMAEC) received a special visit from two KVNF radio show personalities on Saturday as part of its Gardening in the Courtyard series for the year.

Those special guests were Lance Swigart and Lulu Volckhausen, more commonly known to the public as simply “Lance and Lulu,” hosts of “As the Worm Turns,” the weekly radio show hosted by Jill Spears.

Lance and Lulu came to answer gardening questions of local participants in the GMAEC series, as they are “gardening gurus,” as their KVNF show frequently calls them.

Lance and Lulu’s time in Cedaredge was arranged by Kathleen Ray, a Cedaredge resident who volunteers her time to take care of the flowers at the center. She served as the town’s previous flower pot supervisor as well.

Lance lives in Hotchkiss while Lulu lives in Paonia, and their masterful gardens are at their respective homes. Lance mentioned that his garden sits at an elevation of 6,000 feet, putting it in a similar situation to gardens in Cedaredge and some of the lower surrounding area.

Some of the gardening duo’s prominent discussions were on less common garden items, namely herbs, particularly ones that are in season this time of year.

“In November, if you want, you can plant spinach, lettuce, cilantro, parsley, parsnips, arugula,” Lance said. “If you’re really into parsley, the easiest way to do it is to do it now.”

Lance and Lulu both also agreed that garlic is best planted mid October, as it can come up early and the top can freeze off if it’s planted too early. “Actually, starting mid October, and as long as you can get it into the ground, you can plant it into December.”

Though, if planted too late, the plants won’t establish a root system and the freezing and thawing could push them out of the ground, according to Lance. And if it’s a dry winter with little to no snow cover, they’ll need watered once a month.

The Q&A and discussions with the duo continued beyond that as participants asked their questions of varying levels of expertise.

Lance and Lulu’s visit to Cedaredge was only the second Gardening in the Courtyard event that GMAEC held this year. The event had originally been planned to take place in the spring but was delayed by the COVID-19 pandemic. The first event of the season took place Aug. 8 and featured vermiculture, the process of using worms to decompose organic food waste and turn the waste into a nutrient-rich material capable of supplying necessary nutrients to help sustain plant growth.

Events will continue into the fall and winter month as they are planned. Gardening in the Courtyard is a free event that is taking place outside the GMAEC building this year to abide by restrictions. They take place in the pocket park area behind the center, directly next to the post office.