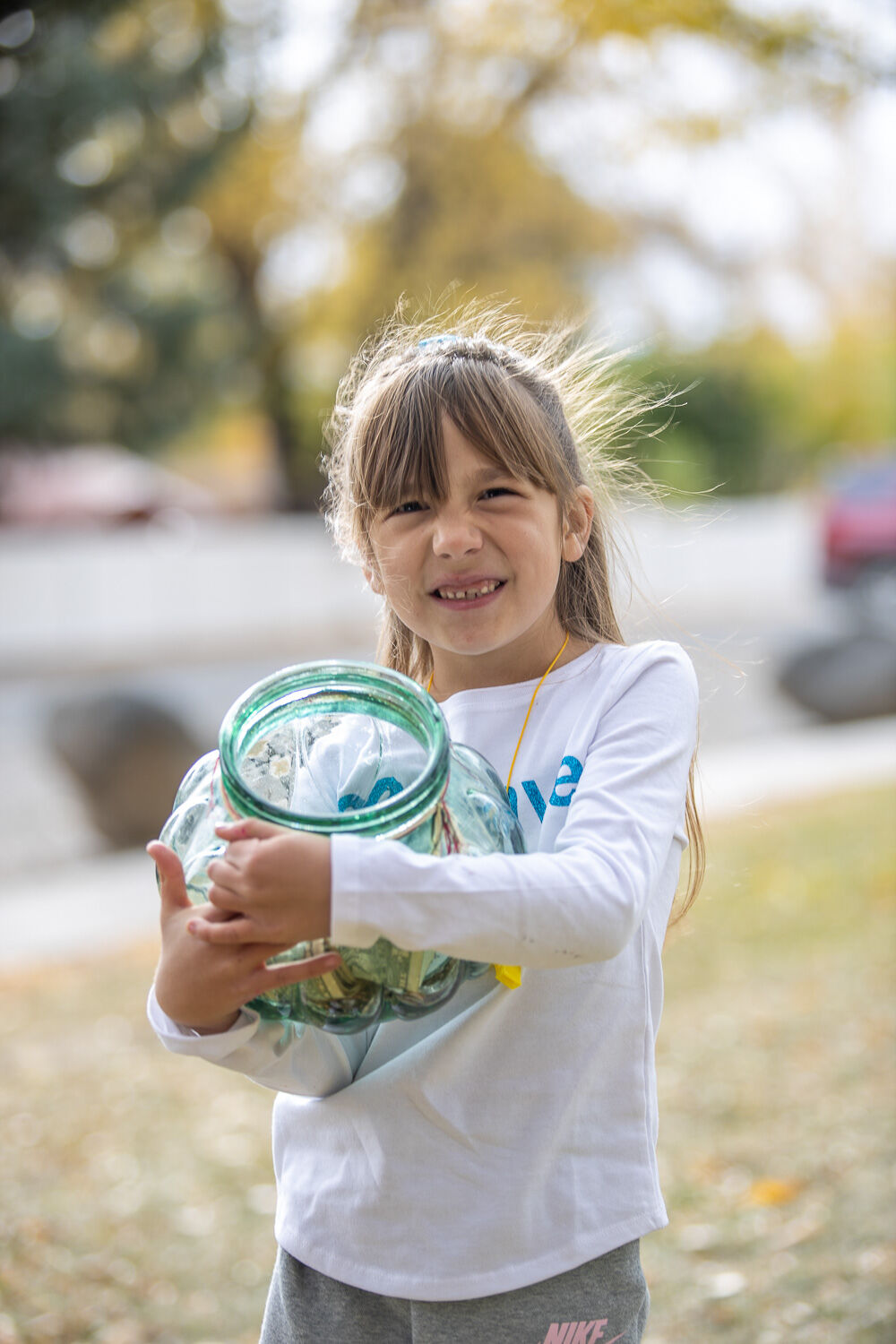 Charlee Capuano, 7, holds the jar of money that the Selective Mutism Awareness event raised, totaling $200. Charlee herself suffers from Selective Mutism and can only speak when at home with only immediate family members. 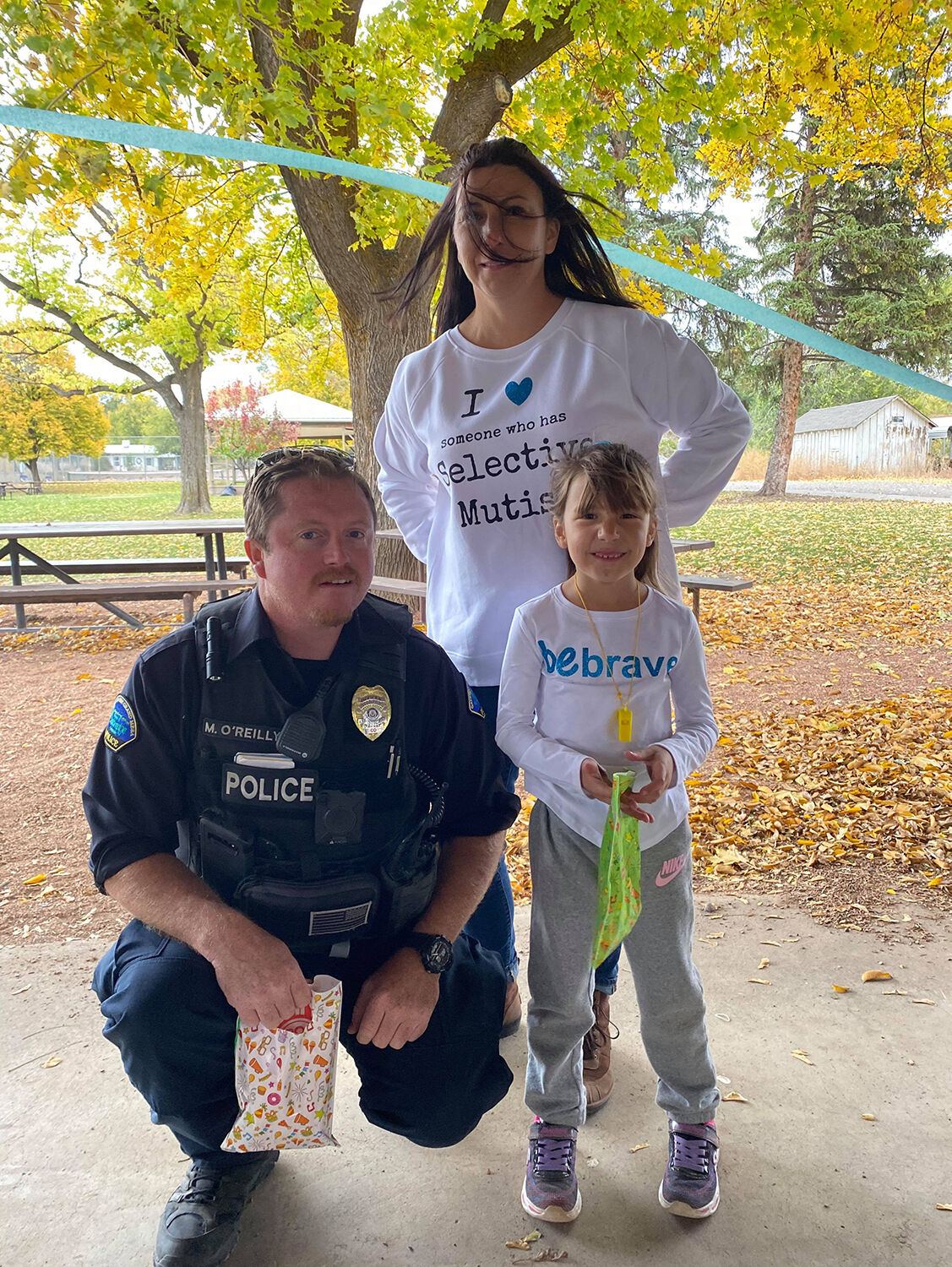 Mindy and Charlee Capuano sport Selective Mutism-themed shirts alongside CPD Officer Mike O'Reilly, who stopped in to make some noise. 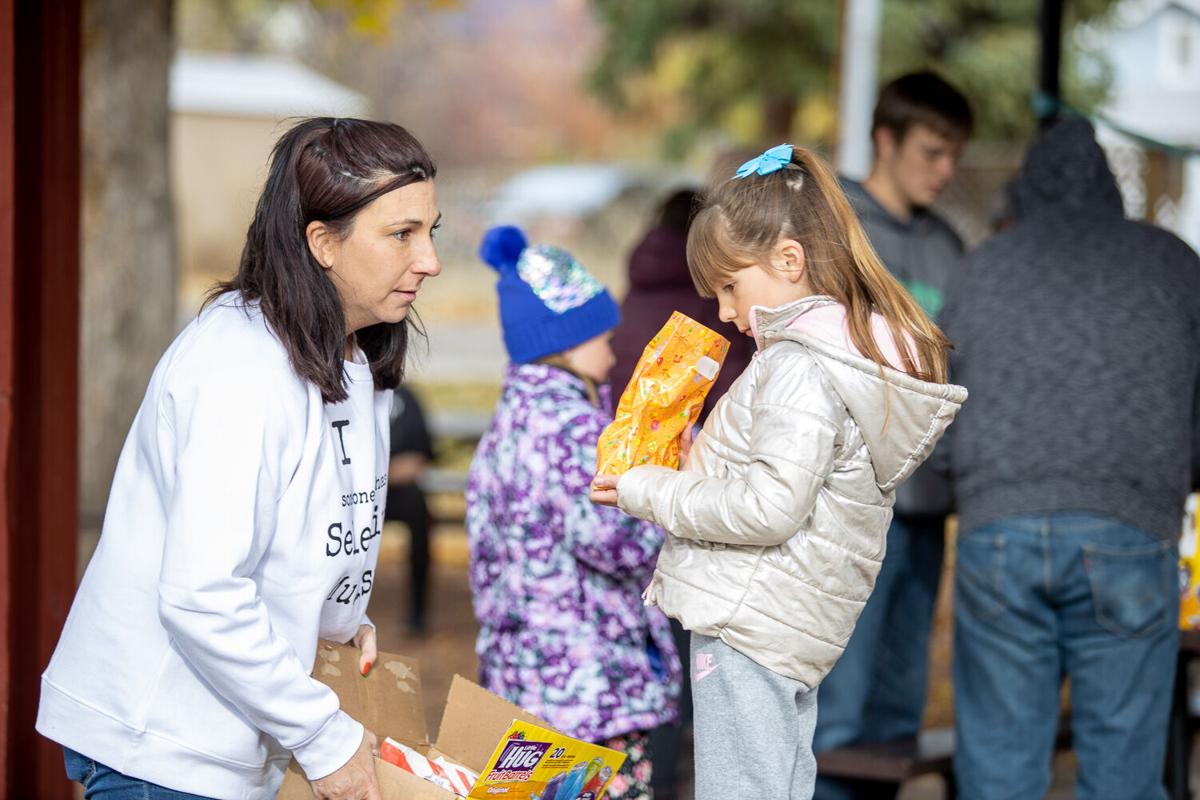 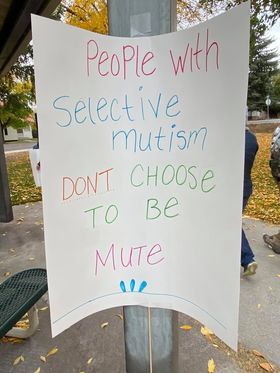 Awareness posters hang around the park for the Sunday afternoon event.

Charlee Capuano, 7, holds the jar of money that the Selective Mutism Awareness event raised, totaling $200. Charlee herself suffers from Selective Mutism and can only speak when at home with only immediate family members.

Mindy and Charlee Capuano sport Selective Mutism-themed shirts alongside CPD Officer Mike O'Reilly, who stopped in to make some noise.

Awareness posters hang around the park for the Sunday afternoon event.

Members of the community brought noise makers, cheered, played loud music and took laps around the park. Officer Mike O’Reilly from the Cedaredge Police Department helped out by making laps around the park in his cruiser, sirens blaring. There was popcorn and other snacks on the side.

Capuano organized the event for the rare condition, as its effects are personal to her and her family.

Capuano’s own 7-year-old daughter, Charlee, has Selective Mutism, and due to this, no one except immediate family members have ever heard her speak.

“[Selective Mutism] is like something that nobody hears of,” Capuano said. “And when they do, they’re like, ‘What does that even mean? That’s not a real thing.’”

According to Capuano, Charlee is definitely not just shy. It goes far beyond regular shyness.

“She has a severe anxiety of speaking and nobody has ever heard her voice except my husband and I and her siblings,” Capuano said. “In the home only.”

Beyond the lack of speaking, Charlee is not otherwise unusual in public. At Sunday’s event, she was happily playing with other children on the playground.

Capuano has found Charlee’s condition to be misunderstood at every turn, which is ultimately what led to her Selective Mutism Awareness event at the park, advertised as the “Break the Silence Move-A-Thon” on Facebook. The event was a success, Capuano said, as more people showed up than she’d expected.

Additionally, the event served as a fundraiser for the Selective Mutism Association. (Information can be found at selectivemutism.org.) Participants donated to the cause, and in all, the event raised $200. As a bonus, Capuano reported that, due to the awareness event and donations, she and Charlee are now members of the Selective Mutism Association.

But the event has an even greater local meaning.

“[Charlee’s] going to be here until she’s 18, so the community needs to know who she is,” Capuano said. “Because she’s also known as the kid who doesn’t talk, and I wanted people to know that she has a name, and her name’s Charlee, and she has a lot to say even though she doesn’t verbalize it.”

Selective Mutism is not a curable condition and will, according to Capuano, be something with which Charlee will always have to cope, adapting to new circumstances regularly as she grows up.

The association has classes on treatment and coping techniques, as well as seminars on dealing with family members with Selective Mutism.

In Charlee’s case, Capuano said she wished the disorder had a different name, as it’s rare enough that people don’t know about it, and it has an ambiguous name.

“It sounds like she chooses when she talks,” Capuano said. “That is not the case. It’s not selective. It’s, she can not talk.”

Capuano’s short explanation to people: She doesn’t talk. The condition is difficult to explain without delving into it constantly, but misunderstandings have happened due to it.

People would get offended if she didn’t thank them for something. Last year, a few people handing out candy for trick-or-treating wouldn’t give her candy if she didn’t say “Trick or treat.”

“Things like that, I just thought the community needs to know,” Capuano said.

After Sunday’s event she’s hopeful that a good chunk of that community now does.