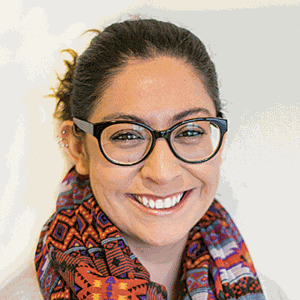 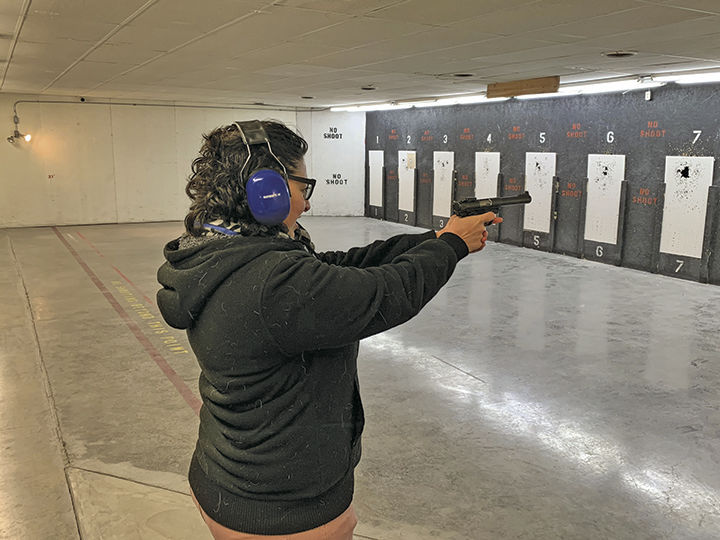 Monica Garcia shooting at an indoor range in Montrose.

Monica Garcia shooting at an indoor range in Montrose.

Last week I did what most Coloradans do before my age — I went shooting at an indoor range. Although this may not seem like such a feat, let me give you my background.

My father is a U.S. Marshal. He worked there for about 30 years and recently retired. When I was in high school, I was in the Commerce City Police Explorers. The explorers are the junior version of the police academy.

I never went shooting with my dad. This was just not something we did as a family. Everytime my explorer group went to the range, I was busy with my sports. I wanted to have a starting position and that meant I needed to be at every practice. So the stars never lined up for me to try shooting a gun.

Now, I do not have an aversion to guns. My boyfriend owns several guns and enjoys hunting and shooting with his family.

For my first lesson, I went with my friend, and the new DCI columnist, Mark Rackay. Not only does Rackay serve as the director and public information officer for the Montrose County Sheriff’s Posse, but he is an avid hunter/ fisherman who has traveled the world to hunt and fish. In short, he’s a cool dude.

Rackay had to start from square one — to be honest I’ve only shot a gun once, so when I say square one, I mean square one. We started with the most important aspect — gun safety, moved on to the sights of the gun, stance and then on to shooting.

Let me start by saying, those who can hit the center of the target multiple times in a row are magicians. This was much harder than I thought. Learning how to avoid jerking the gun was tough, and, unfortunately, I only came close to the center a few times.

I can see the draw of the sport. The rush you feel when you take aim for that target is exciting. The precision it takes was a plus for me — I love a good challenge. Although I wasn’t perfect, I had a blast and already have another date of shooting booked with Rackay.

If there are any tips I could benefit from, please let me know. Perhaps I’ll see you on the range.

Monica Garcia is the managing editor at the Delta County Independent. She can be reached at monicag@deltacountyindependent.com.

What's going on with my tree? Who can help?