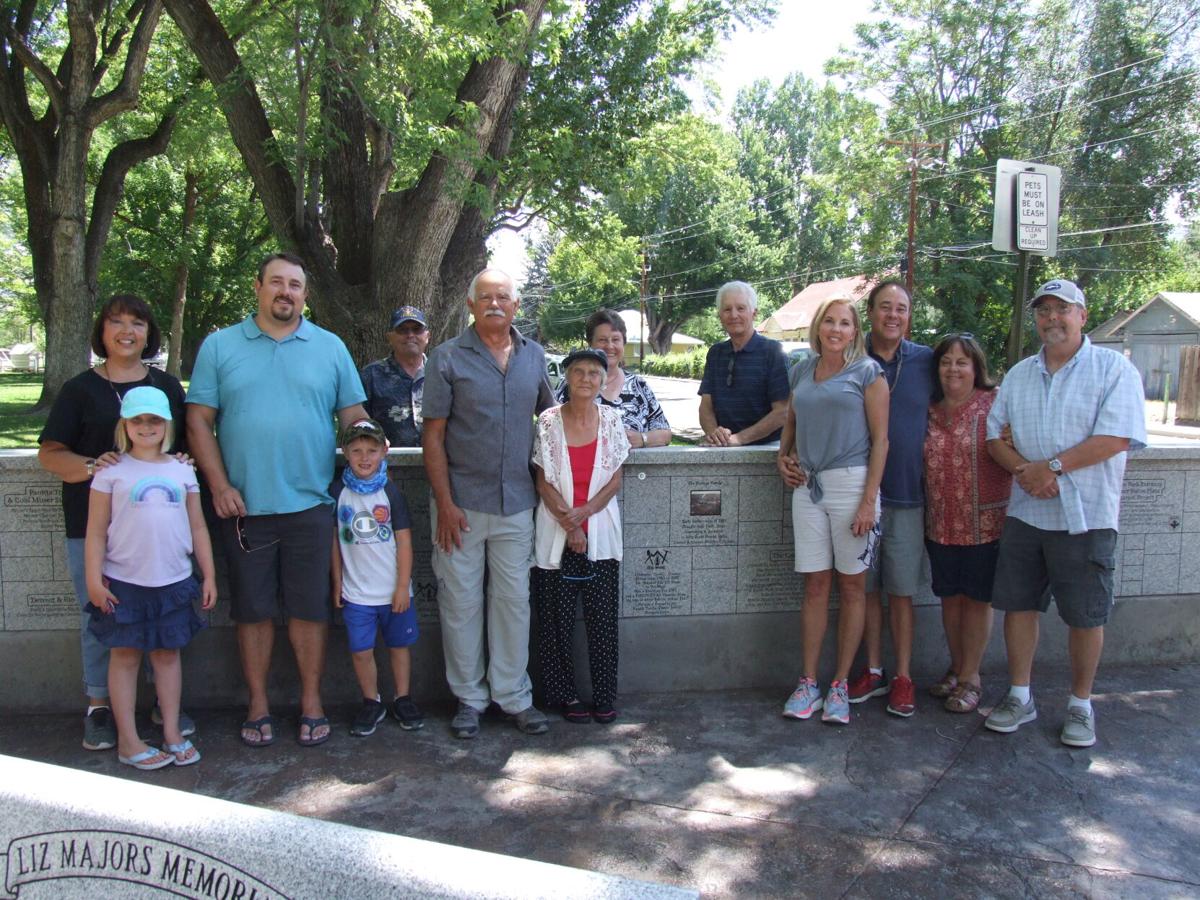 Members and descendants of the Roatcap family gathered at Paonia Town Park on July 18 to dedicate a historical plaque commemorating the family's contributions to the North Fork community. 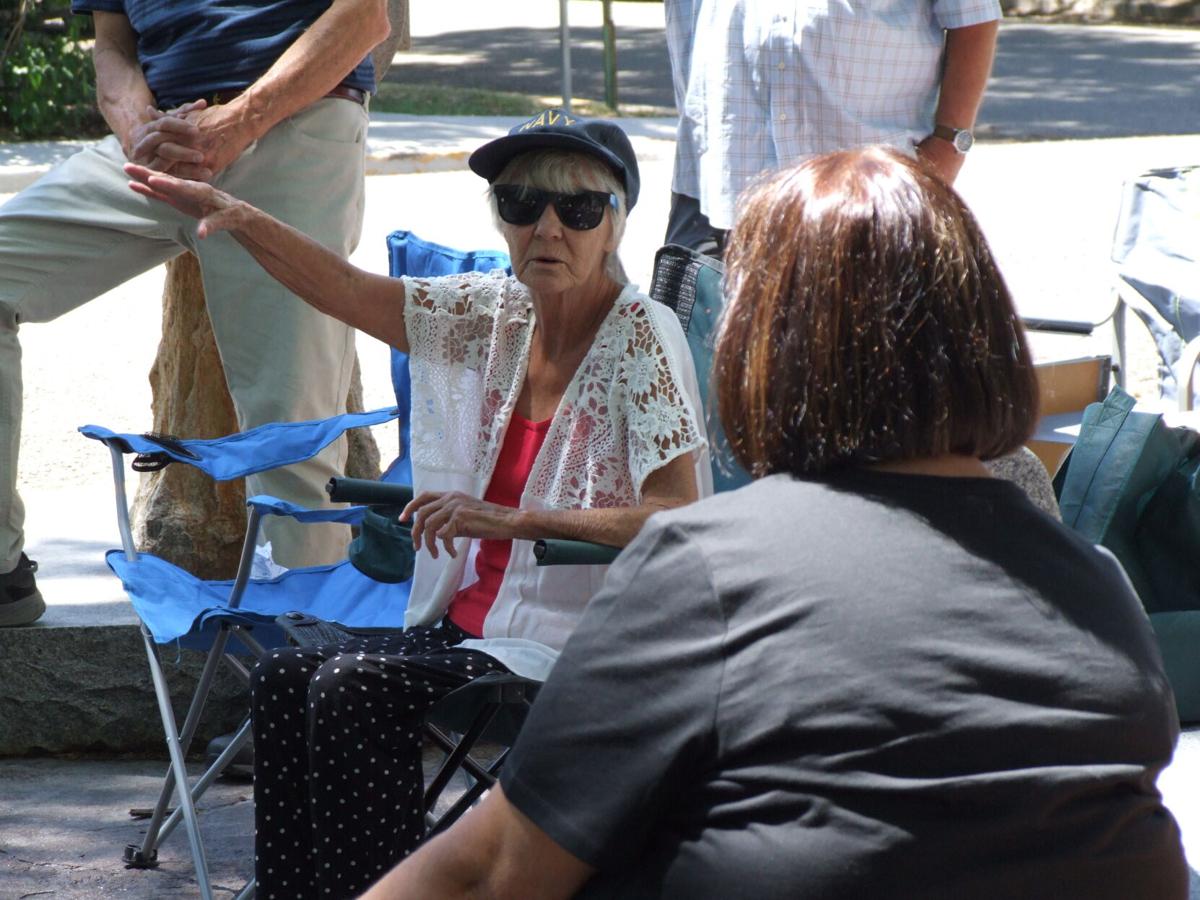 Glenna Sieracki describes her own relationship to the Roatcap family as everyone went around to share their stories. 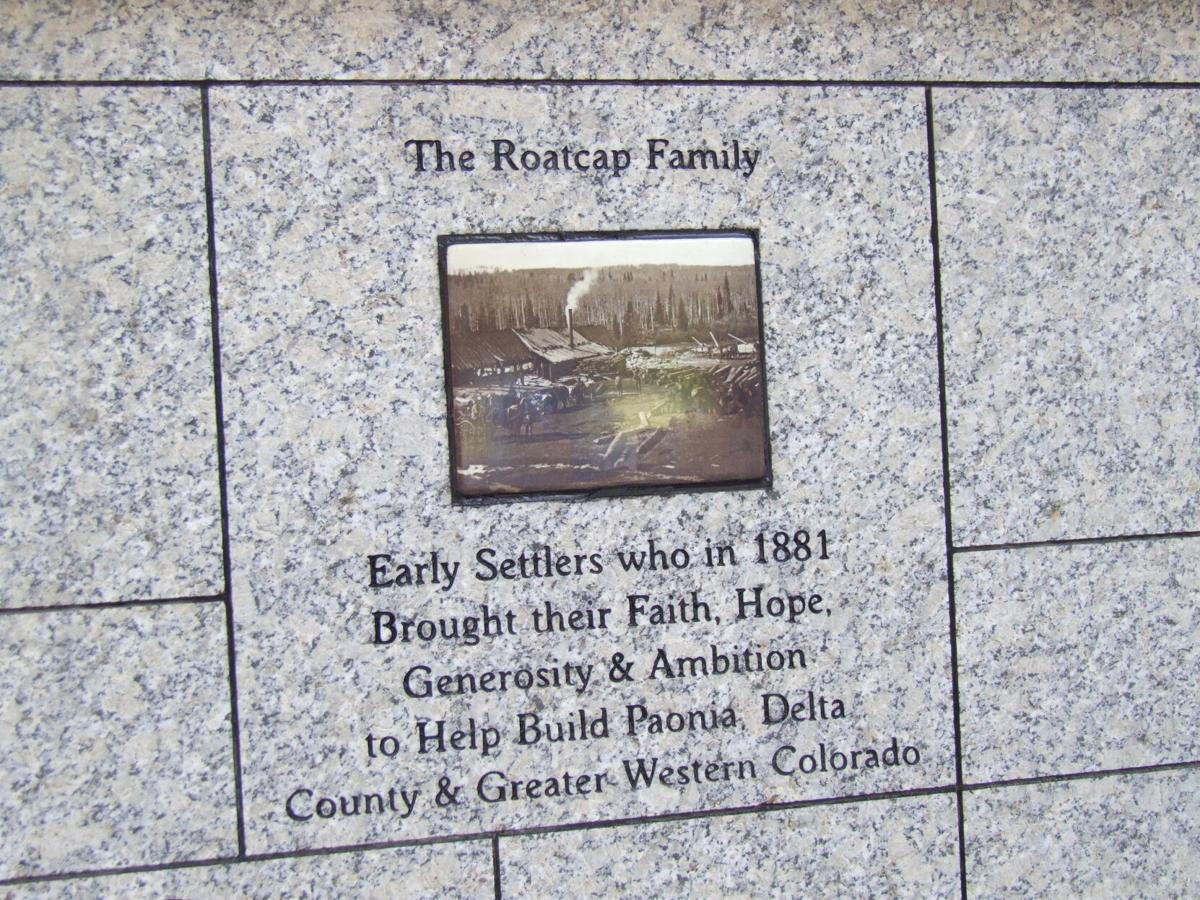 The plaque honoring the Roatcap family, placed on the memorial wall at Paonia Town Park. 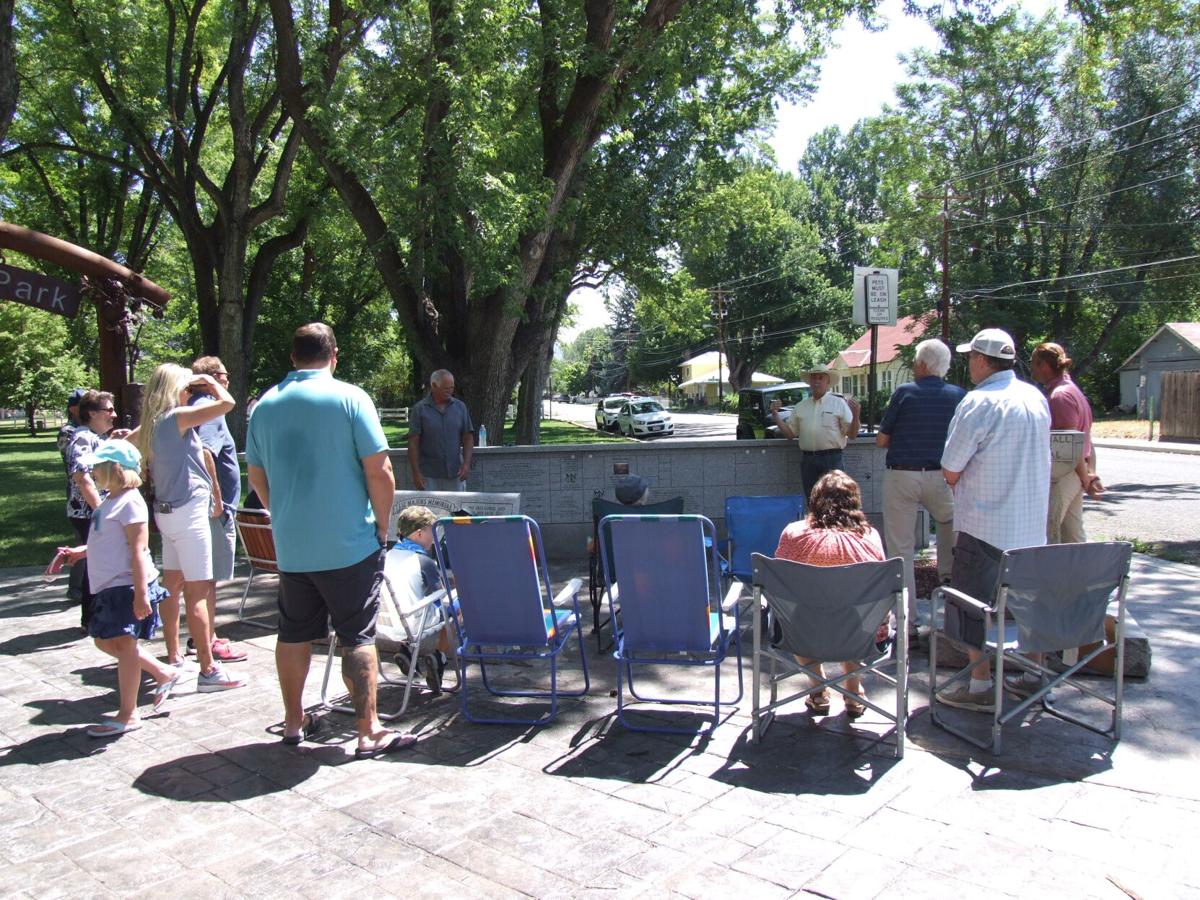 Although this year's family reunion was a bit smaller due to the COVID-19 pandemic, the stories and connections remained the same. 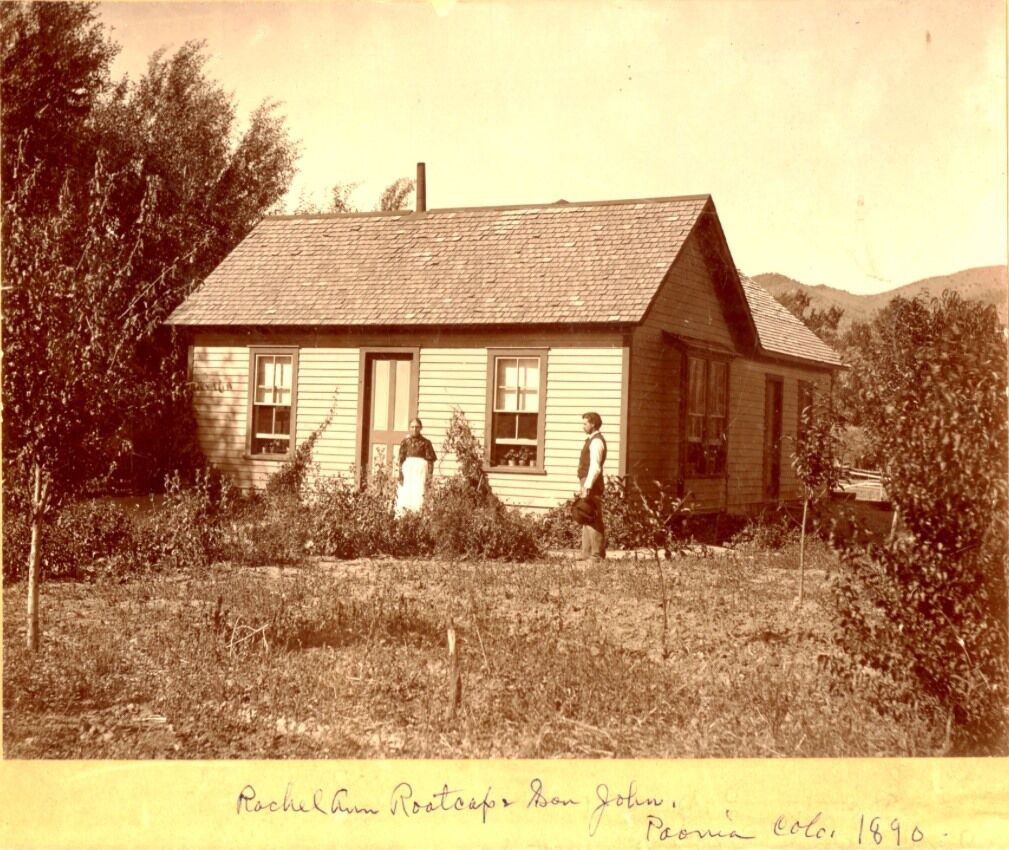 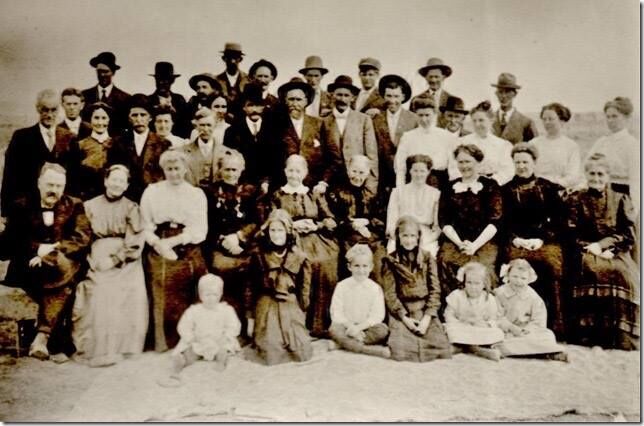 A family photo taken on April 3, 1912 at the 50th wedding anniversary of Barbara Ann and Daniel Samuel Roatcap. 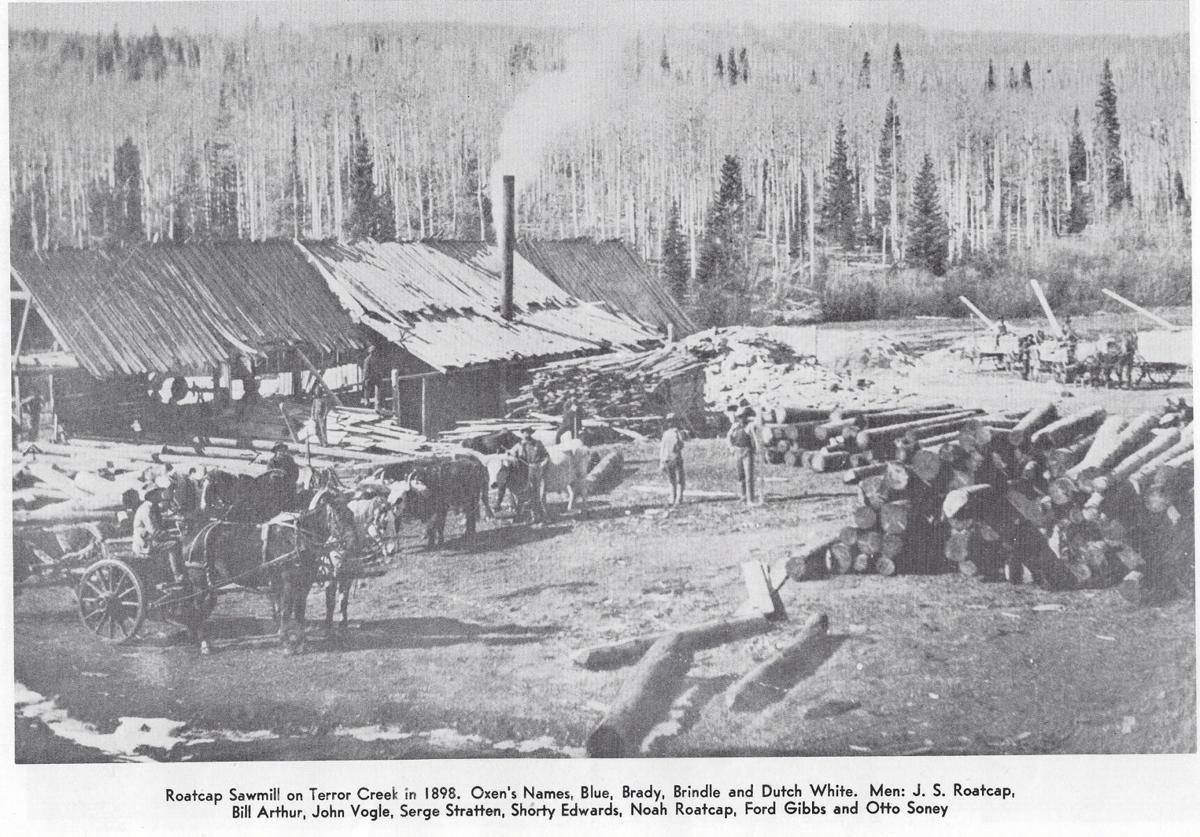 The Roatcap Sawmill at Terror Creek, 1898. 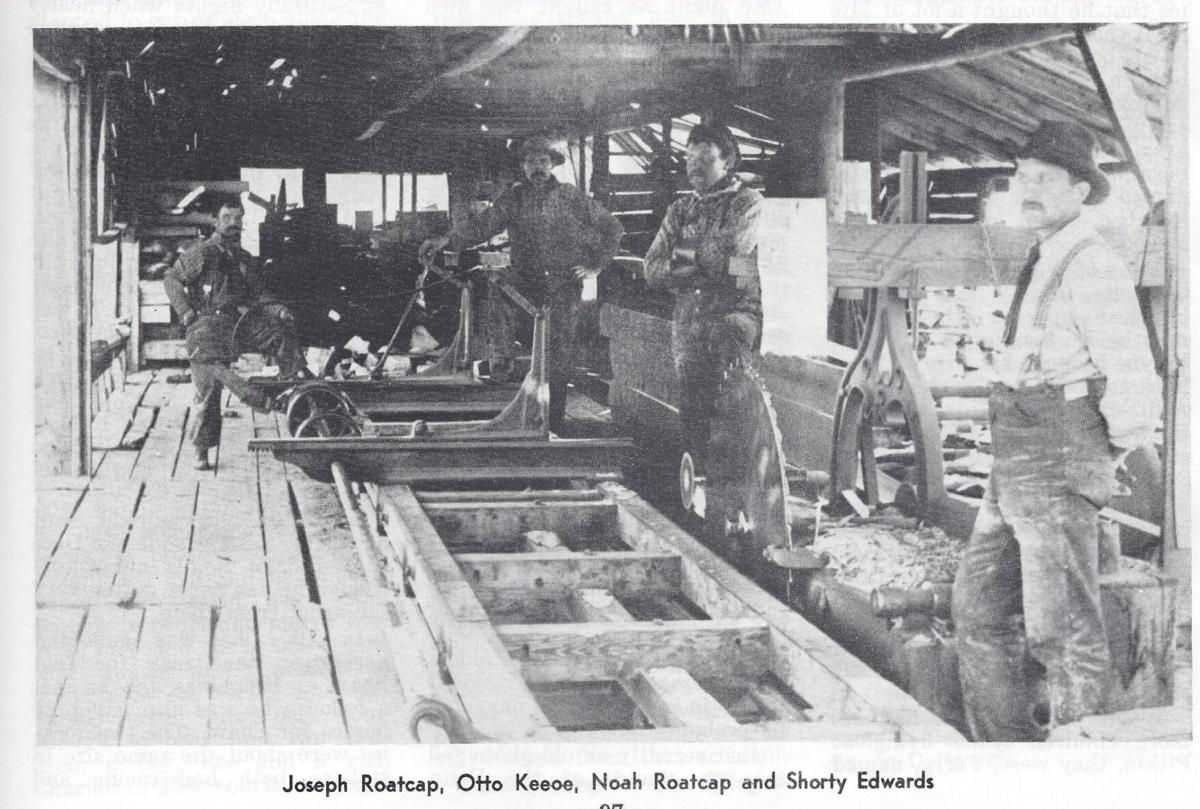 Members and descendants of the Roatcap family gathered at Paonia Town Park on July 18 to dedicate a historical plaque commemorating the family's contributions to the North Fork community.

Glenna Sieracki describes her own relationship to the Roatcap family as everyone went around to share their stories.

The plaque honoring the Roatcap family, placed on the memorial wall at Paonia Town Park.

Although this year's family reunion was a bit smaller due to the COVID-19 pandemic, the stories and connections remained the same.

A family photo taken on April 3, 1912 at the 50th wedding anniversary of Barbara Ann and Daniel Samuel Roatcap.

The Roatcap Sawmill at Terror Creek, 1898.

The Roatcap family played a vital role in the founding of the town of Paonia, and although the family has now scattered to all corners of the country, it recently found themselves back in the North Fork Valley for acknowledgement of the family’s contributions to the community.

On July 18, a historical monument to the Roatcap family was dedicated in Paonia Town Park, an event that coincided with the family’s 92nd family reunion.

The family has been working on getting the memorial, which includes a photograph of the sawmill that the Roatcap family was known for in the North Fork Valley. They said the 12 inch by 12 inch memorial plaque is particularly special because it encompasses the story of multiple people, each with their own stories and contributions to the town.

“I brought the proposal to the family reunion last year and asked if there’d be some interest in putting up a memorial plaque and there was a lot of interest,” said Mike Mitchell, a member of the family. “We’ve been working with the Town of Paonia and Morris Monument since January.”

Originally hailing from Switzerland, the Roatcap family made its way to the United States in 1735. Judy Haselwood, another member of the family, has been studying the history of their arrival — which included a rough ship ride across the ocean. Between inclement weather, hunger, lack of resources, multiple unforeseen transfers from one ship to another and a captain who treated the passengers with abuse, Hans Jacob Rathgeb and his wife (the first Roatcaps to come to America) and the rest of the ship made it to Philadelphia.

The two were indentured to a planter in Virginia who had paid for their passage, and after serving their bondage they were later given 400 acres of “rich bottomland” in Page County Virginia by Lord Halifax of England. They had five children, and after the death of his first wife, Hans Jacob married Anna Good and had one son, John George (from whom all the Roatcaps are descended).

The 400 acres of land was willed to John George, who deeded half of it to his younger half-brother Peter. Both of them fought under George Washington in the Revolutionary War.

“It’s a lot of pride in knowing what they had to go through to get here,” Haselwood said. “It’s quite a story. I don’t think I could’ve done it.”

Throughout their history, Rathgeb was often pronounced or spelled Radtgeb, Roadcap or Rodecap. John Rathgeb, the first Rathgeb who moved to Colorado (a journey that took place via covered wagon), changed his name to Roatcap and died under that name in Paonia in 1887. The family came to Paonia in 1882.

The Roatcap family also started the first sawmill in Delta County at Terror Creek, where they sawed some of the timbers for the Paonia Methodist Church and floated them down the North Fork to get them to the construction site, as the railroad was not built until 1902. The sawmill also created the beams for the scaffold on which Alfred Packer was to be hanged before his sentence was changed to life in prison. (Packer confessed to killing and eating his traveling companions near what is now Lake City.) The family also sold Aspen wood boxes to area fruit growers.

Mitchell recalled during the dedication that this year marks 100 years since his grandfather came to the area, where he was one of two doctors for Paonia.

The Roatcap family made a number of contributions to the local community, including donating land for the Bethlehem Cemetery and for the Stone schoolhouse in Olathe. Various landmarks in the area are named after the Roatcaps (including Roatcap creek, which runs under the highway between Hotchkiss and Paonia), and a stained-glass window in the Paonia United Methodist Church also commemorates John and Rachel Roatcap.

Although a few people were unable to attend the Roatcap reunion due to concerns about the COVID-19 pandemic, an assortment of family members and connected community members still gathered in the park on Saturday. Haselwood said that at previous reunions, family typically arrives early and stays late.

Present at the dedication were Glenna Sieracki, Cindy Sear, Scott Sear, Jonathan Roatcap, Roger Roatcap, Rebecca Roatcap, Kathy Jo Roatcap, Phillip Mitchell, Mike Mitchell, Larry and Judy Haselwood, and kids Nathan and Natalie. Many family members grew up in the area, but have moved to other regions of the country and frequently return to the North Fork for visits.

“We have quite a heritage, and the Western Slope has always been our home,” said Roger Roatcap during the dedication.

The family said with a laugh that the Roatcap family name is slowly going out of existence due to each successive generation being predominantly female. However, regardless of the name, they said they hope their younger family members will continue to carry the legacy of their family’s story.

“I think our heritage is really important,” Haselwood said. “The younger generation doesn’t seem to need to know what their heritage is. I’m really hoping as they get older, they’ll see that all this isn’t just lost history.”

Until then, the family will continue to explore its history and write it down for future generations to learn from.

“It’s very neat to have a family that was involved with the settlement,” Mitchell said. “When they first were able to settle here, they were manufacturing lumber to build the area, they were faithful people, they worked hard and they represent the true pioneer spirit of who we are and what we are. Let’s hope we never forget that.”