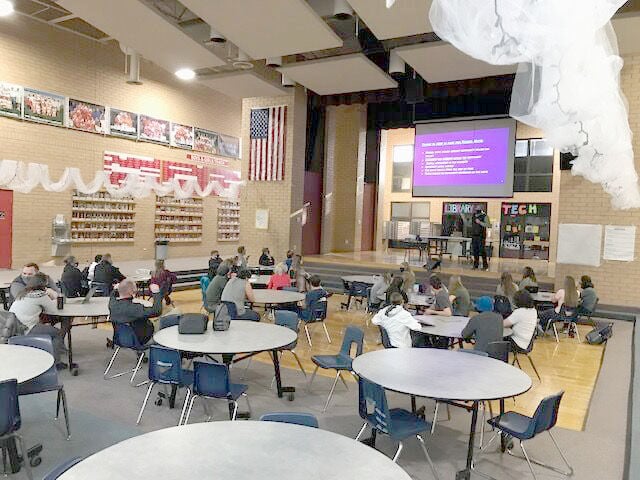 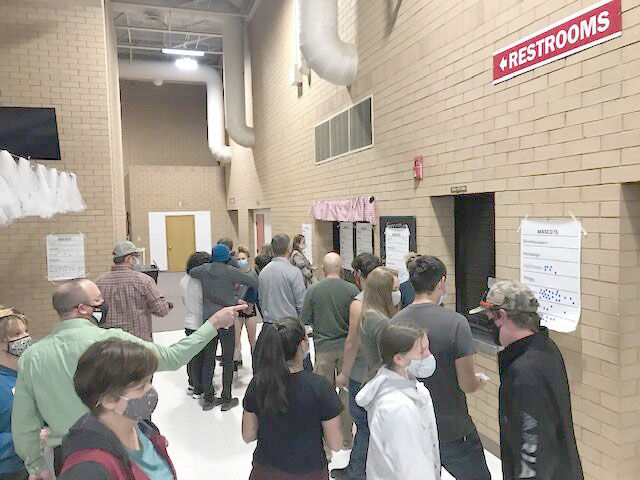 Delta County School District students and community members move from station to station in search of the best name for the new combined Hotchkiss/Paonia high school. 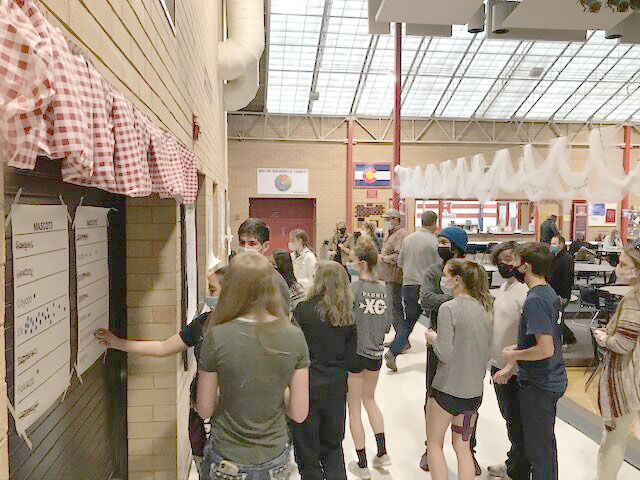 Delta County School District students and community members move from station to station in search of the best name for the new combined Hotchkiss/Paonia high school.

In February the Delta County School Board unanimously voted to reconfigure the North Fork schools. In a split decision, the board voted for the educational model with one high school located in Hotchkiss and two kindergarten through eighth schools in both Hotchkiss and Paonia. The North Fork School of Integrated Studies (NFSIS) kindergarten through sixth will remain in Paonia with no changes to North Fork Montessori at Crawford.

“This reorganization is certainly taking a lot of time,” said Caryn Gibson, Delta County School District superintendent. “We really want to bring out our sense of community pride and make this good for everyone.”

The school reorganization in the North Fork Valley, slated for next fall, will allow for additional classes, co-curricular, and extracurricular activities to prepare district students for higher education, military, or career options.

Gibson said the district’s leadership team worked with community members, staff, and students to come up with the new name, mascot, and colors for the school.

The naming/branding committee made up of 10 students from each high school, two staff members from each high school, one teacher who teaches in Paonia and Hotchkiss High and 10 community members from Paonia and Hotchkiss were given the responsibility to narrow the naming selections down. The selections now will be sent out to the students and community for their vote.

“We really are kind of leaving it up to them and it is an interesting process,” Gibson said reflecting on how the names were gathered, filtered and voted on.

Part of the process was conducted on the district’s website where they received 390 responses from a Google form survey on naming the new school. Much of the work was done in-person using large sheets of white paper tacked to school walls where informal selection took place.

“If someone wants to be on this committee, we haven’t turned anyone down, they can show up and still be a part of the process,” she said.

The naming/branding committee used the following guidelines to narrow down the new name: school name should reflect community values and beliefs; represent the diversity within the community; instill inspiration in the students; represent local history; the name should stand the test of time and there should be community consensus on the name.

The district’s naming committee is also working on narrowing mascot names and school colors. The final selections will be voted on by the student body in both Hotchkiss and Paonia as well as the public starting April 5 at deltaschools.com.

The community is asked to keep the following guidelines in mind for school mascot: the mascot should reflect community values and beliefs; instill inspiration in the students; represent local history and the mascot should stand the test of time. For the choosing of the colors, the following should be kept in mind: colors should represent the mascot and name and reflect community spirit. Input should also consider uniforms, hats, and shirt colors and represent the diversity of the community.

The official announcement on the name, mascot and colors is expected to happen in the next few weeks.

“We hope to have it narrowed down at our work session on April 8 where our board will be able to see those selections. April 15 is our school board meeting and hopefully the board has information where they can determine the name, the mascot and the school colors,” Gibson said, adding that the district will then go with a professional company for the rebranding.

While the naming of the new school has been a difficult process, Gibson said finding a way to honor the history of both schools is presenting its own set of challenges.

Former alumni, parents, community members and students have all voiced concerns over preserving the history of both high schools. To meet those concerns, the school district and board are organizing a historical committee that will be responsible for preserving, honoring, and displaying all trophies, plaques, banners, pictures, etc. so they can be enjoyed and respected for years to come.

“There has been a lot of concern over the historical part,” Gibson said. “We want to assure people that we take it very seriously and we want to make it very respectful in honoring those in the past and all the great things that they have done, so we are working on that.”

The historical committee will be made up of students, community members, and staff. Already a number of community members have volunteered to be on the committee and anyone interested in serving is invited to fill out a short application at the district’s website.

The naming of the schools, mascot and colors has been the district’s main focus since deciding to consolidate; however, work on preserving the storied histories is already underway.

“Paonia High School has already started this whole process. They’re taking pictures of everything from trophies, pictures, plaques, banners. The goal for next year is to have a big screen television by the office and by the gym where you can walk up and pull up the year, click on it and all the information will come up,” Gibson said.

As for state trophies, the superintendent said they will always stay in the new high school and in the next few years, alumni, parents, family members and students can expect to display a whole new set of trophies and banners.

While tackling the rebranding project, Gibson acknowledged that this year’s graduation ceremonies will be special for both high schools with a chance that greater numbers of alumni, family, and community members will be in attendance for the historic events.

“We will make sure and accommodate for a larger attendance because we really want people to celebrate the graduates and it is the last graduating class of those schools,” she said.

With Delta County recently moving into the “Green — Protect our Neighbors” COVID-19 status all graduations are planned to be outdoor/in person events. If the county moves back on the dial, Gibson said the district will make the appropriate adjustments.