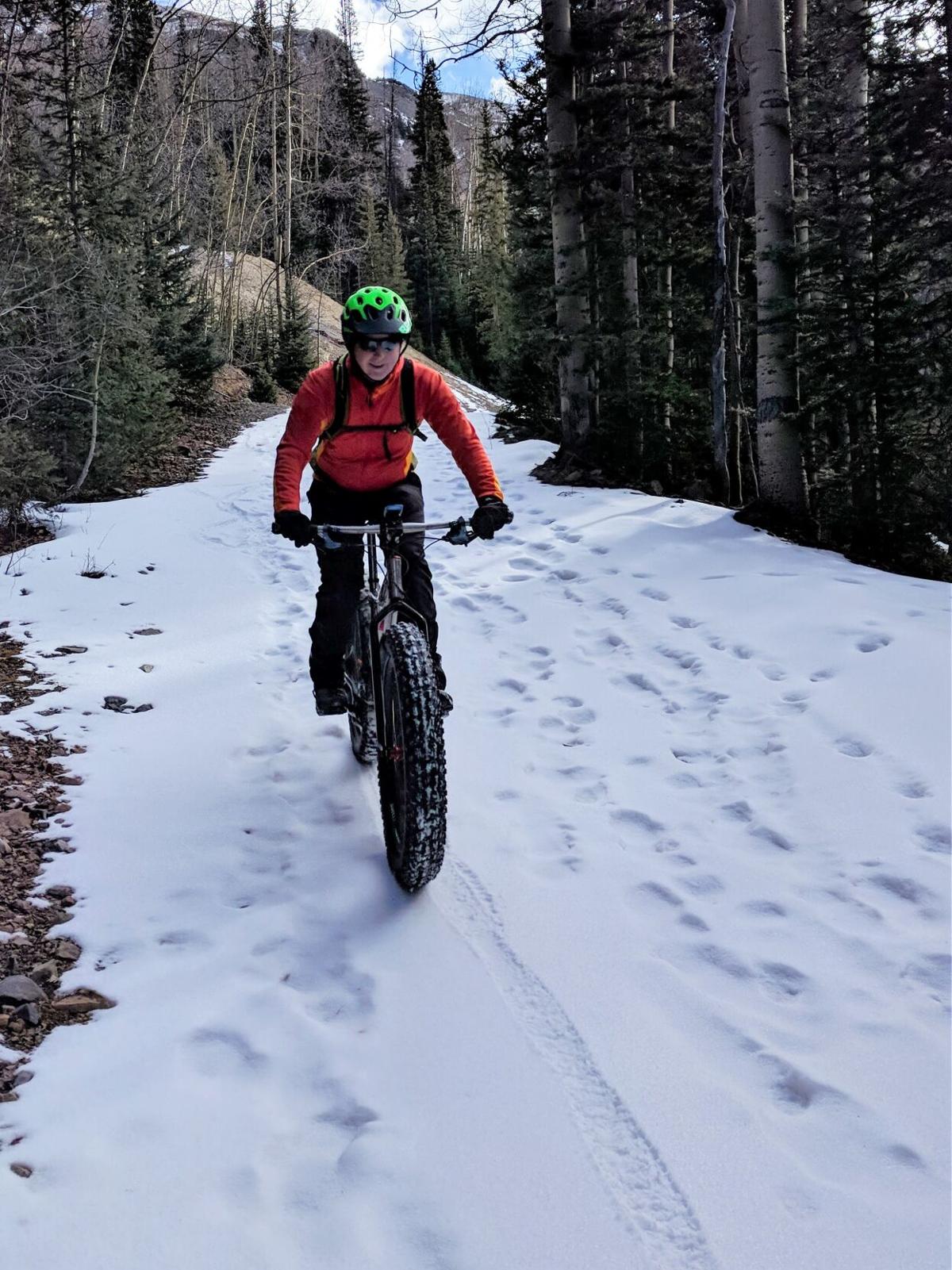 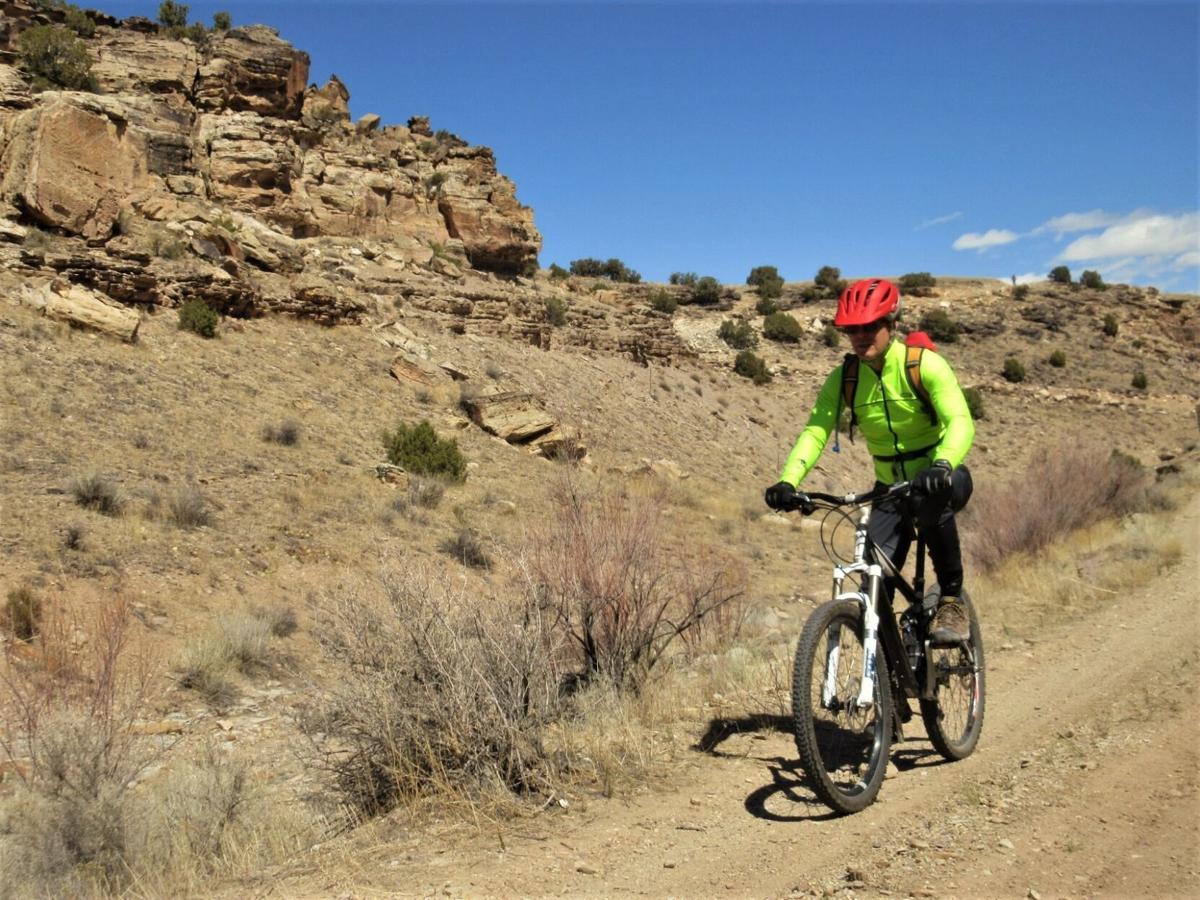 Just because the days are shorter, and the daytime temperatures are somewhere south of 40 degrees, does not mean mountain bikers hang up their pedals for the winter. The riding options are certainly more limited than during the rest of the year, but winter can be a great time to mountain bike.

The operative words for winter mountain biking are, be prepared and be flexible. Be prepared: make sure you have the right gear to deal with the cold and wet conditions you will encounter on the trail. Insulated gloves and foot coverings will keep your extremities warm.

Do not forget a head covering under your helmet. Balaclavas really work well since they cover your neck. Any type of breathable outerwear will keep you dry; Gore-Tex is probably the most well-known. The time-tested practice of dressing in layers especially applies to winter cycling. Local bike shops carry a variety of cycling wear made for cold weather. Being aware of existing weather conditions and what you may encounter will help determine what gear you bring.

A bigger day pack than you would use during warmer weather would accommodate extra warm clothing and winter survival supplies. Be sure to bring along snacks to keep your internal furnace working efficiently. Pack fluids in an insulated container. The popular bladder systems work well as long as the long tubing is insulated. A thermos of a hot drink is an option but adds weight to your pack.

As with any winter travel, have a few extra supplies including a warm blanket, winter coat and mittens stashed in your vehicle. A winter travel kit would be a smart investment and can be purchased at most auto supply outlets.

Be flexible: trying to go for a ride during a major snowstorm is just asking for trouble. Getting to your destination safely may be the first of several challenges. Poor visibility, blowing snow, wind chill could make an outing miserable. Route-finding could be a problem. Consider postponing your ride to another day.

Anticipate what trail conditions you may run into on your ride. Depending on the elevation, some level of snowy terrain may exist. Lower elevations may have little or no snow, especially during a dry winter. Be aware that trail conditions may change, even if there is not any snow on the ground. A trail that was frozen solid early in the morning may have thawed some later on a sunny day, creating slippery conditions.

If the destination for your ride has snow on the ground, the use of a FAT bike is most-likely your only option. FAT bikes have over-sized tires that handle hard-packed snow well — they do not do well in Colorado’s powder. Nor do they do well once the sun has softened snow conditions.

Check to see if your destination allows FAT bikes, and if trails are groomed for FAT biking. Another option is to visit an area where snowmobiles are allowed. Tracks laid down by a few snowmobile passes generally are packed enough to make FAT biking possible.

So, what are the winter mountain bike options within an hour plus of Montrose and Delta?

Probably the most reliable non-snow riding venue is the Escalante Triangle west of Delta. The landscape is high desert and is situated in a precipitation shadow for most winter storms that track over the Uncompahgre Plateau. There are no current cycling maps of the area, so bring along a local who is familiar with the Escalante Triangle.

There is also a small mountain bike trail system in Delta’s Confluence Park. It is snow-free most of the year. Does not offer much vertical challenge but offers tight winding singletrack. Delta added a large skills park recently for those interested in techy challenges.

The north end of the Sidewinder Trail, east of Delta is another relatively snow-free riding option. Sidewinder is serious chunk of singletrack along its 22 miles, but most riders take on shorter out and back or loop rides. The tread surface is clay, so watch out for sticky mud during a sunny, mild winter day. Check out mtb. project online for trail specifics.

For those who want to get their FAT bike a run near Delta there is the Sawmill Mesa and Delta-Nucla roads southwest of Delta. Both are closed to full-size vehicles during the winter, but they are used by snowmobilers. Drive up road as far as you dare, then pedal in from there.

Around Montrose the best winter venue for mountain biking is Buzzard Gulch. Depending on the amount of snow you may or may not need a FAT bike. The freeze/thaw cycle can be an issue on the Buzzard Gulch trails, so an early start on a sunny day works best. Avoid muddy trails. The Dry Creek Recreation Area, west of Montrose, can also be ridden in the winter with the same considerations as Buzzard Gulch.

The upper reaches of Dave Wood Road usually have enough snow to handle FAT bikes. The Spring Creek Rim Road (FSR 516) usually gets enough snowmobile traffic to firm up the snow. The Divide Road can be reached from Dave Wood Road offering miles and miles of riding.

A winter ride that flies under the radar is County Road P 77. It begins at the top of Cerro Summit. There’s usually enough snow and snowmobile traffic to lay down a good FAT bike track. The road heads south over toward Cimarron country.

The Black Canyon of the Gunnison National Park is open during the winter, but cycles are not allowed on the groomed trail that follows the road from the Visitor’s Center. Too bad, it would be a nice FAT bike ride.

The Gunnison Gorge NCA has miles of trails, but the clay surface can create some serious problems if it is not totally dry or frozen solid. Even the gravel roads in the NCA have enough clay mixed in to make them suspect on a sunny winter day.

The riding areas mentioned above are by no means the only ones suitable for winter riding. For those who want to travel further afield Crested Butte, Telluride and Hartman Rocks near Gunnison have groomed trails open to FAT bikes.

Winter mountain biking has its challenges but can be as much fun as it is during the rest of the year, making it a year-round sport.