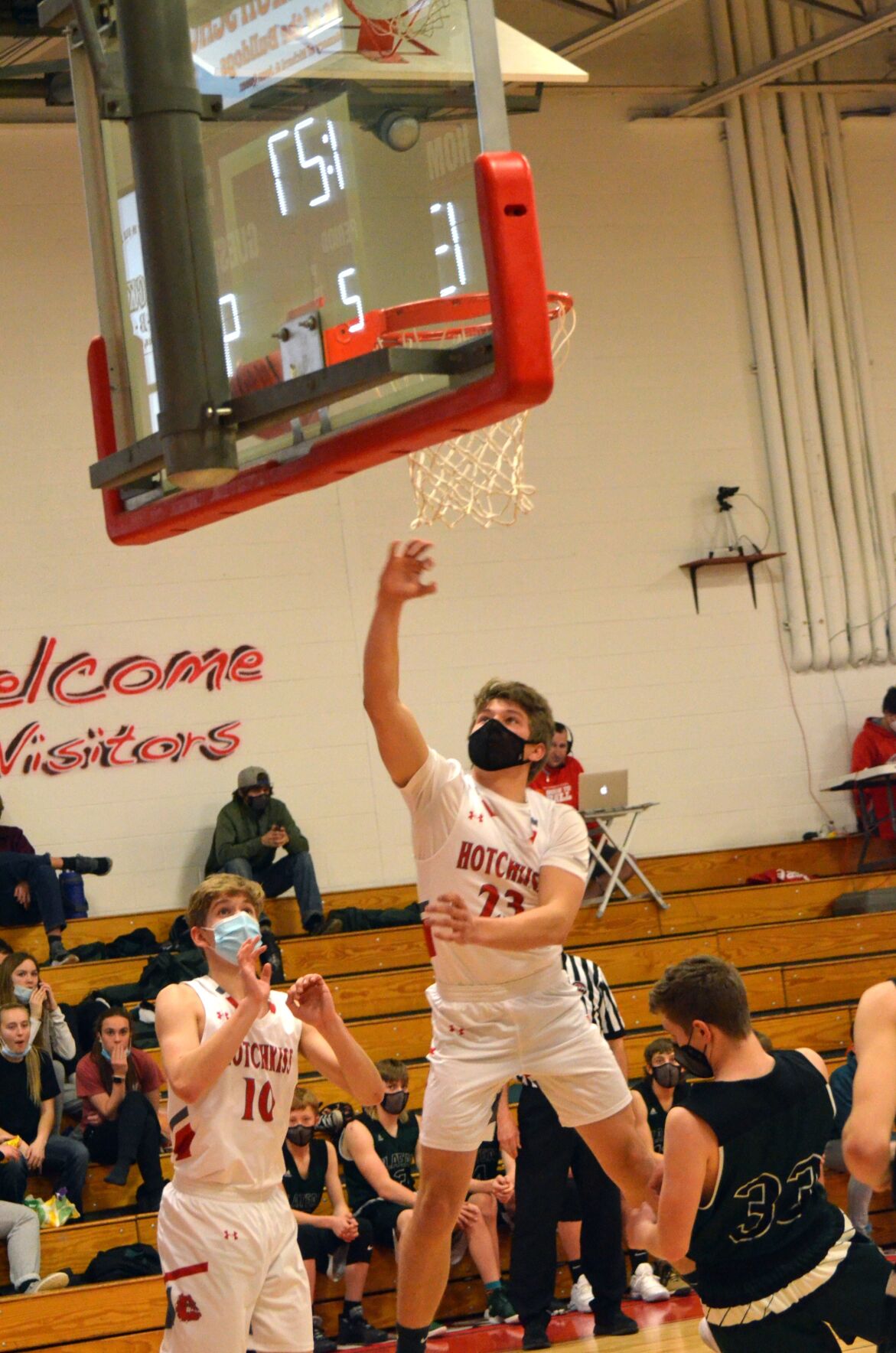 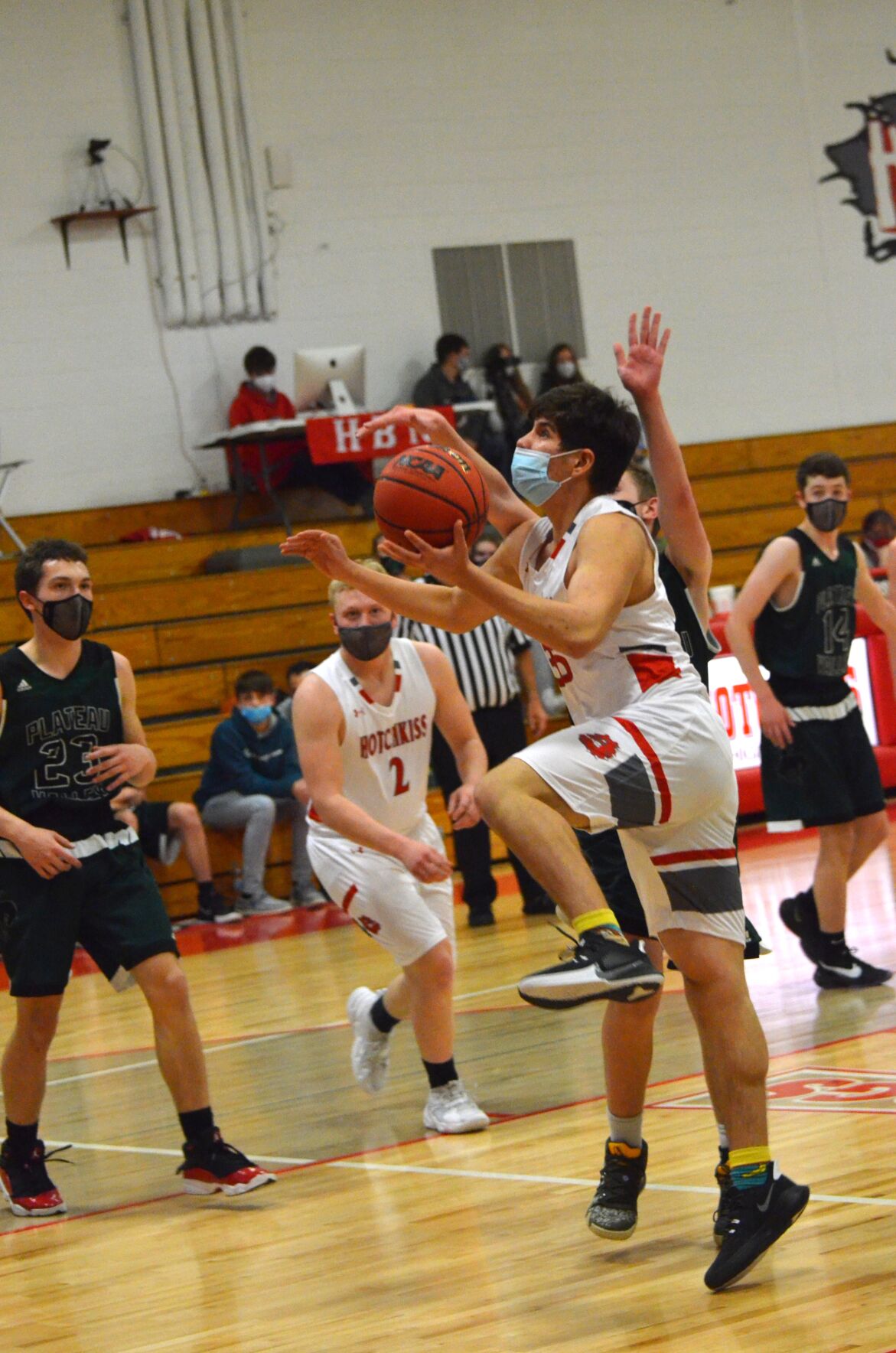 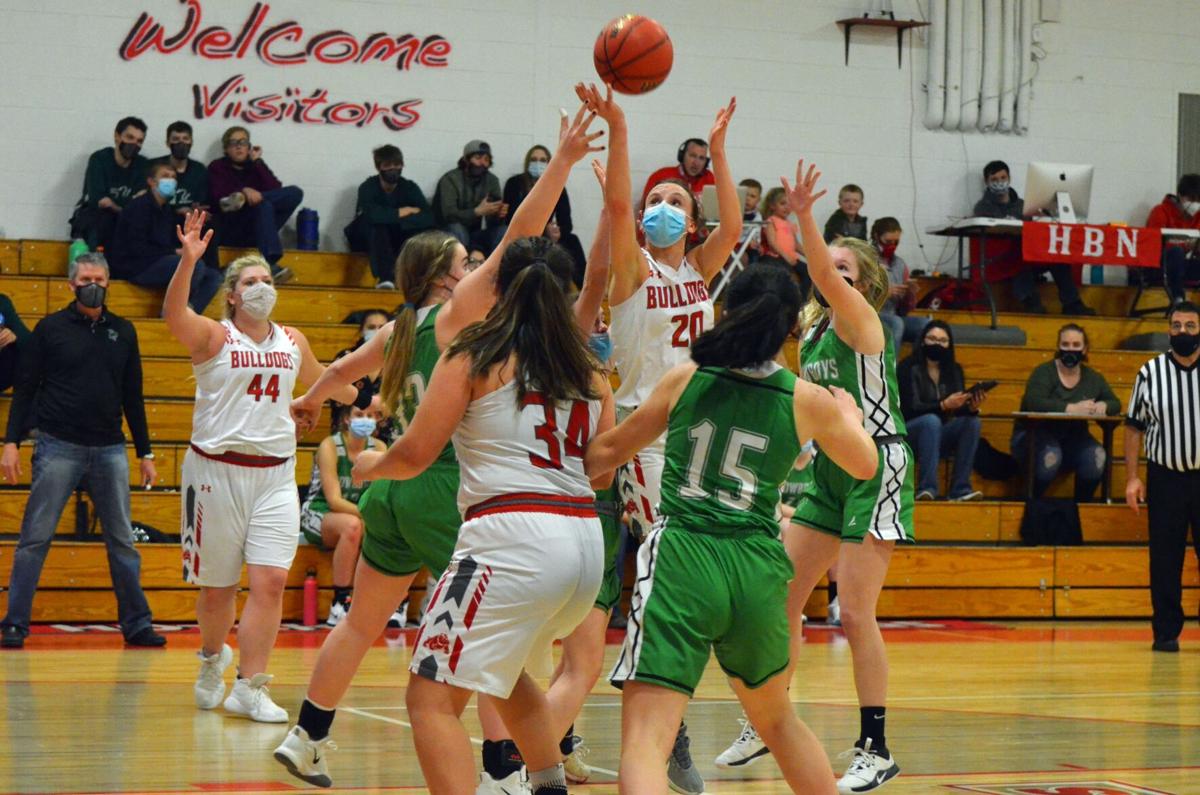 Hotchkiss High School junior Indigo Miller-Barnes focuses on the ball as she grabs a rebound in the Bulldog's 41-37 win over Plateau Valley on Feb. 19.

Hotchkiss High School junior Indigo Miller-Barnes focuses on the ball as she grabs a rebound in the Bulldog's 41-37 win over Plateau Valley on Feb. 19.

Hotchkiss High School’s basketball teams recorded four wins out of five games played last week in 2A/1A Western Slope-South League action. The Bulldogs’ girls started the week in Gunnison, Feb. 16, with a 75-34 win then hosted Plateau Valley on Friday and posted a 41-37 victory and closed the week at Caprock Academy with a 47-15 win over the Eagles. Hotchkiss’ boys played twice, splitting games with a win against Plateau Valley, 44-30, and a loss to Caprock Academy, 58-44.

Hotchkiss High School’s basketball week began on Tuesday, Feb. 16, with the girls trekking to Gunnison for a girls’ night out. Haillie Taylor’s varsity squad stormed back from a pair of losses last week to dominate action against Gunnison’s Cowboys to score a 75-34 win with junior Vianney Mendoza leading four Hotchkiss players in double figures with 16 points. Joining Mendoza with double-digit scoring were juniors Lottie Hollembeak and Izzie Houseweart with 10 points each and sophomore Kacie McCollum with 10 more counters.

A 22-2 start in the first quarter set the tone for the game as the Bulldogs took a 43-12 halftime lead and then cruised to the big win with a 32-22 second half.

Against Plateau Valley, Hollembeak scored 10 points in the second quarter and had three 3-point goals to score 17 points for the Bulldogs in their win. Mendoza was good for 10 points as Hotchkiss built a 26-16 halftime lead and then held on as Plateau Valley outscored the Bulldogs 21-16 in the second half to make the final score 41-37. The Cowboy’s Meloni Miller hit five 3-pointers on her way to 19 points to lead all scorers in the game.

There were no game statistics for the boys game against Plateau Valley or for either girls or boys games with Caprock Academy.

Hotchkiss’ girls host Olathe on Wednesday, Feb. 24 for a girls varsity only game at 5 p.m. The Bulldogs’ boys play in De Beque on Friday, Feb. 26 for a boys only varsity game at 6 p.m.