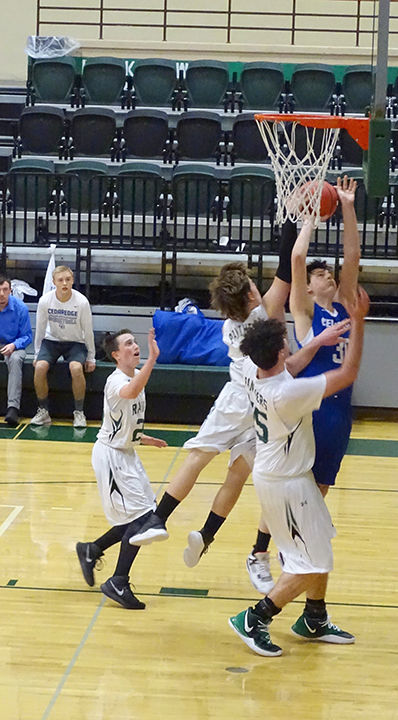 Cedaredge High School Bruins senior Damon Hudson puts in two of his team-high 13 points against the Rangely High School Panthers. Hudson helped the Bruins to their first win of the season. 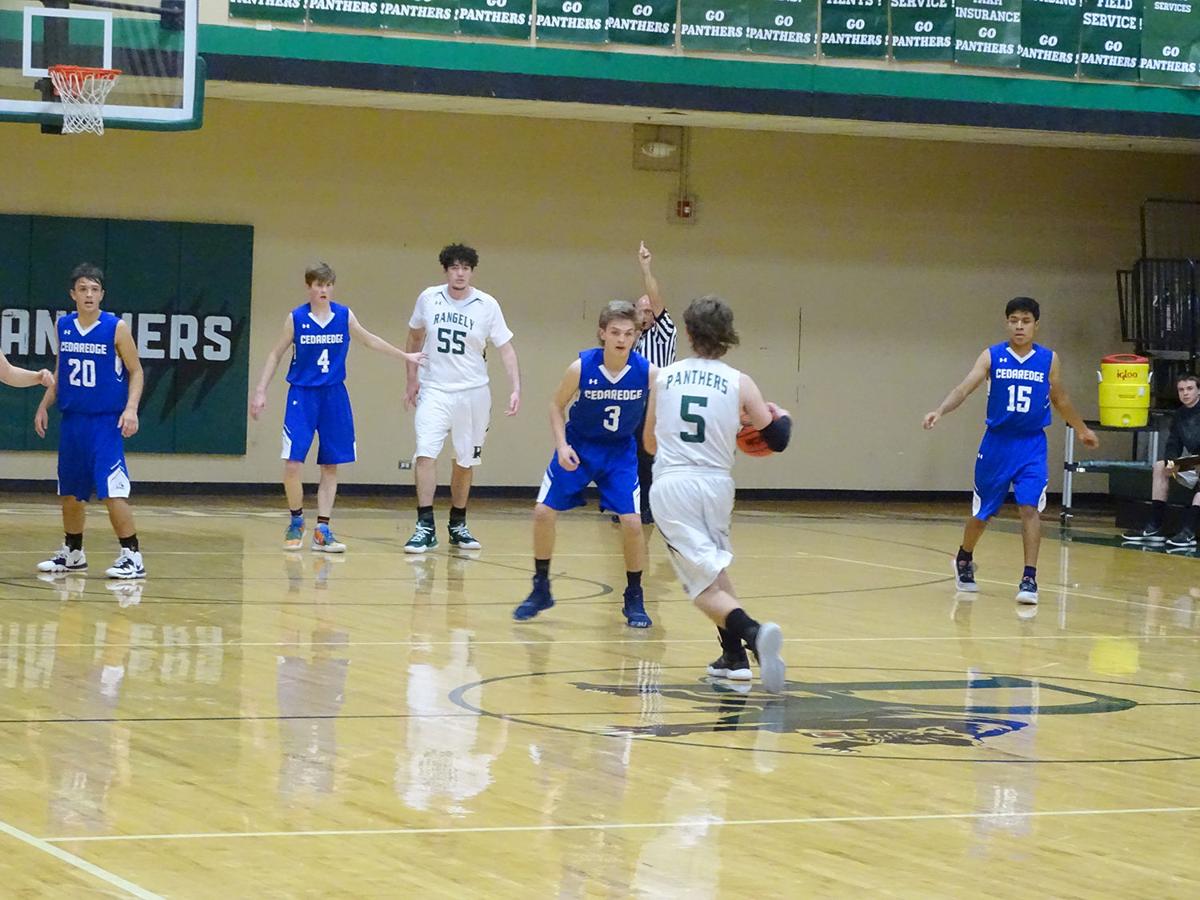 Cedaredge High School Bruins senior Damon Hudson puts in two of his team-high 13 points against the Rangely High School Panthers. Hudson helped the Bruins to their first win of the season.

The Cedaredge High School Bruins boys basketball team learned from its early season losses. The squad came out on top 50-45 in another tight game, this time against the Rangely High School Panthers on Dec. 10. The win was Cedaredge’s eighth straight over the Panthers.

Cedaredge started strong in order to build an 18-8 lead after one quarter. Contending with a 6 feet 8 inch tall player is not something the Bruins have to do very often. However, that’s exactly what they had to do when facing Panthers’ junior Sydney Cole. Cole used his height the whole contest to force the Bruins to adjust.

Cedaredge players were seemingly unfazed, however. Senior Damon Hudson poured in 13 points in the contest while constantly dealing with Cole’s size. Junior Jasper Thomas took his turn for the Bruins in contending Cole’s shots and playing physical defense against him.

Though Cole led all scorers with 25 points, defense certainly played a critical role in the Bruins’ win. Cedaredge compiled 22 steals and forced many turnovers. Junior Isaac Blair came up with a timely defensive tie-up that quickly led to a three-point play for teammate Alex Barron in the fourth quarter to help the team gain momentum. Senior Owen Craig ended the game with five steals to lead the team in that category.

Barron also did a fine job of providing his teammates with quality shooting opportunities by dishing out 11 assists in the contest. Hudson’s 13 points led the team, while Conner Brooks notched 12 points. Jacob Brown also scored in double digits by finishing with 11 points, including a pair of early three-pointers. Eight Cedaredge players scored in the game.

Cedaredge head coach Craig Cerise was pleased to see the improvement of his team and how they were able to finish with a win.

“I was very happy for the boys to get a win,” said Cerise. “We shot the ball much better, but we gave up a higher field goal percentage to Rangely than what I would like. Most of that came from Cole. We still had many moments with great defense — the 22 steals and all of the deflections were great.”

“We did well limiting Cole somewhat in the first half, but let him get momentum in the second half,” continued Cerise. “We’ve had a halftime lead in each game we’ve played, so it was great to hold onto the lead and win the game. We had two different kids take a charge, which is one of the most celebrated things in our program. It’s great to see how selfless the players are.”

On Dec. 14, the Bruins took on the Nucla High School Mustangs. Eight different players scored for Cedaredge with Brown’s 15 and Brooks’ 12 counters leading the way. Cedaredge went into the half with only a 29-23 lead but pulled away in the second half en route to a 63-39 win. The victory evened Cedaredge’s record at 2-2.

“I was happy with the play, especially the second half,” said Cerise. “We took the lead at half and expanded it. We had foul trouble in the first half, but we cleaned that up. Overall, we had a really good week for the entire program from the freshmen up!”