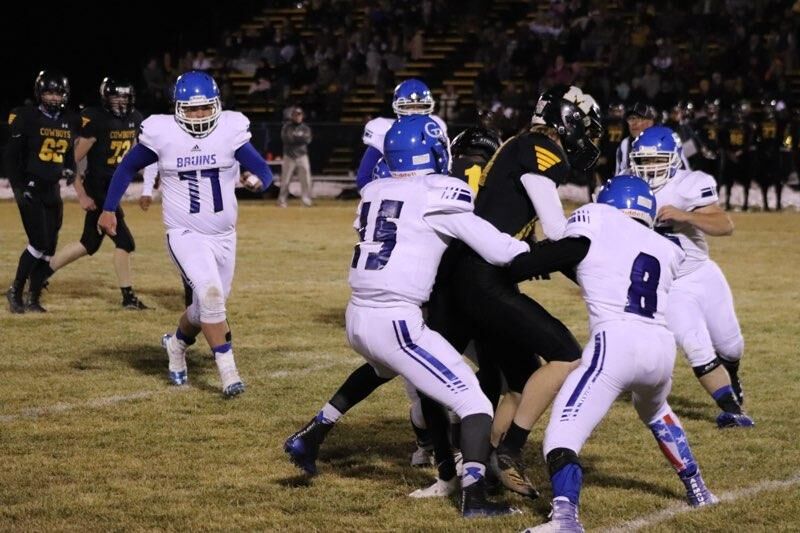 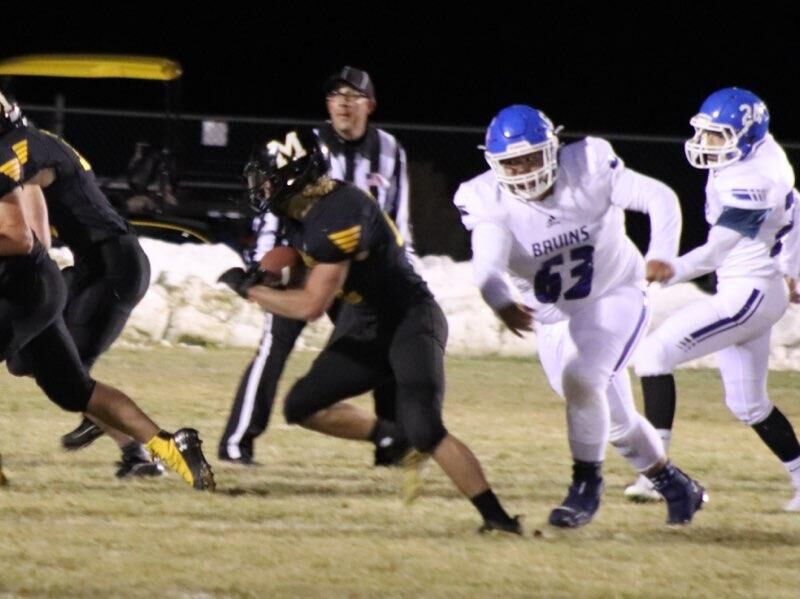 Cedaredge senior Derek Sanchez (63) chases a Meeker running back in the Bruins' 44-0 loss to the Cowboys.

Cedaredge senior Derek Sanchez (63) chases a Meeker running back in the Bruins' 44-0 loss to the Cowboys.

With starting quarterback Jacob Brown out with a concussion, the Cedaredge Bruins were game but short on experience in the backfield in a 44-0 loss to Meeker on the road.

Meeker’s defense stymied the Bruins offense and held it to just 56 yards of offense with 40 yards coming through the air on junior Ty Walck’s 4-18 performance in a substitute’s role for Brown. Junior Kyler Parker had one catch for 21 yards and senior AJ Robidoux had 14 yards on one catch to account for 35 yards.

Cedaredge’s ground game was choked down with Walck rushing for 21 yards on seven carries in the game. Senior Trey Geyer also carried the ball seven times and gained 12 yards for the Bruins. Cedaredge had negative 18 yards in its ground game and finished the day with 24 carries for just 16 yards.

Meeker senior Ryan Phelan threw the ball 16 times and completed 11 passes for 168 yards and three touchdowns in the game while junior running back Kelton Turner matched Phelan’s passing yardage with 168 yards on 17 carries and two touchdowns. The Cowboys finished the game with 227 yards on the ground and 168 through the air for a total of 401 yards.

Meeker senior Spud White had three catches for 52 yards and two touchdowns, and senior Colbi Clatterbaugh caught three passes for 55 yards and a touchdown for the Cowboys.

Meeker’s defense was led by Clatterbaugh and sophomore Connor Blunt who had six tackles each for the Cowboys.