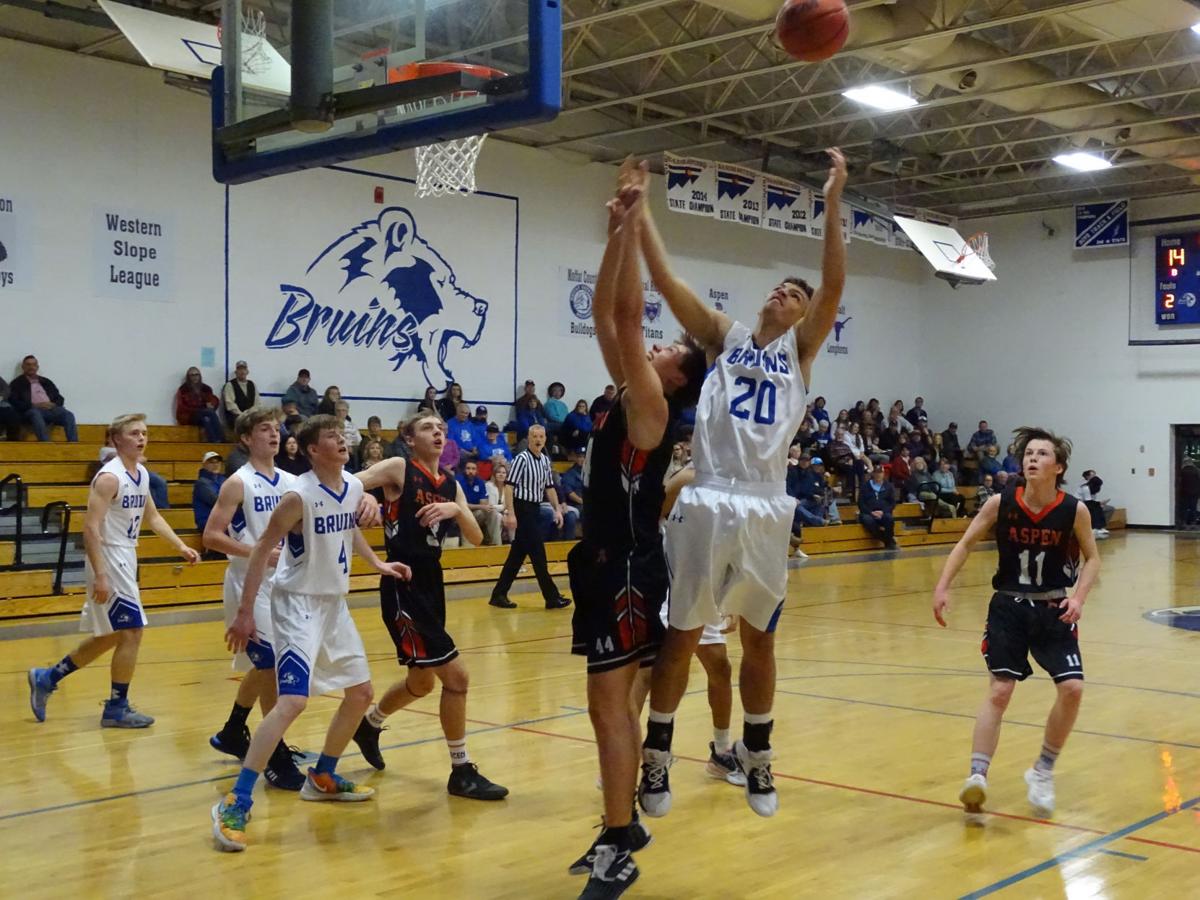 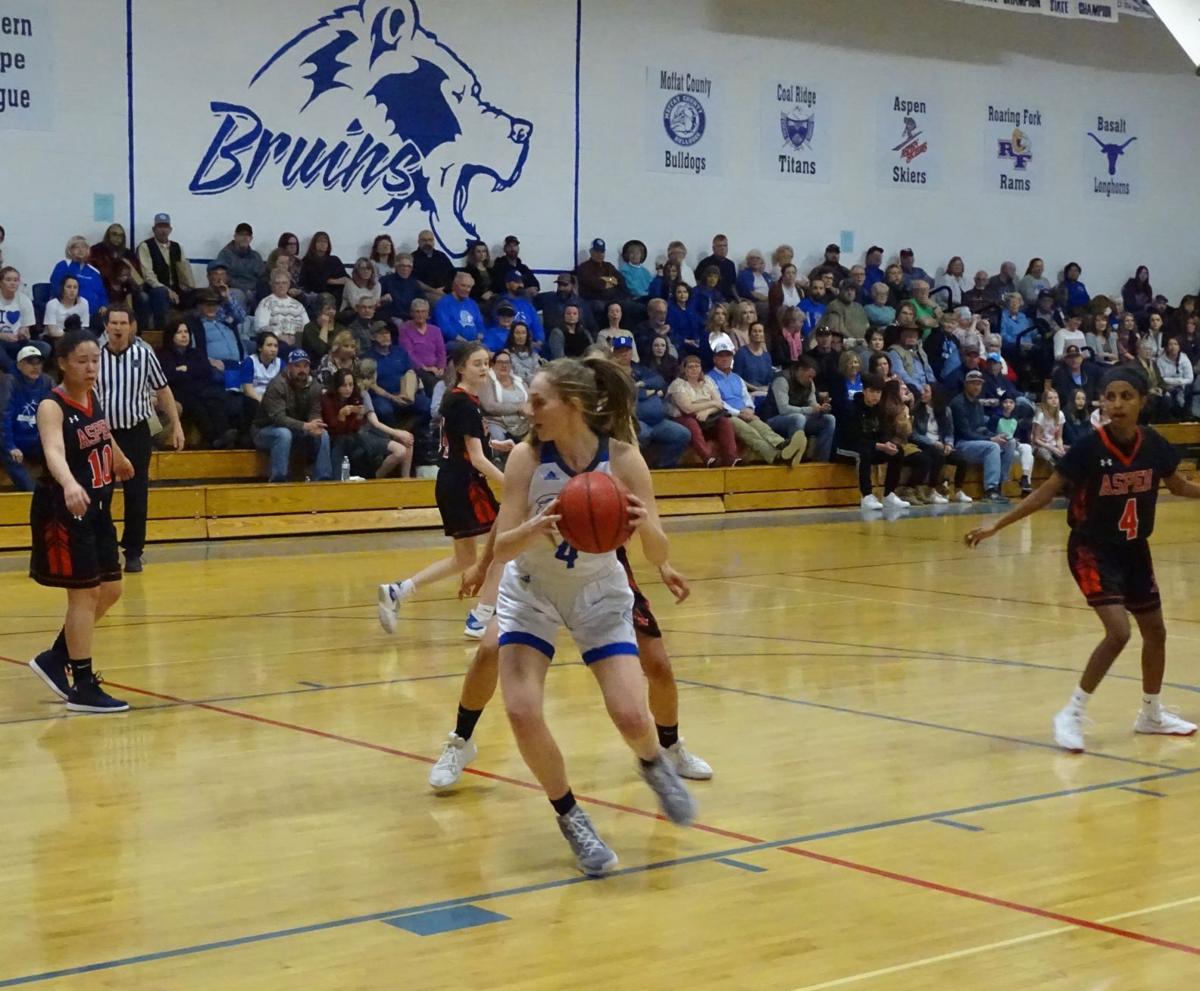 Cedaredge High School's Kammie Henderson controls the ball against Aspen High School's defense in the Bruins 59-13 win over the Skiers on Feb. 11.

Cedaredge High School's Kammie Henderson controls the ball against Aspen High School's defense in the Bruins 59-13 win over the Skiers on Feb. 11.

With the regular season winding down, Cedaredge High School's girls basketball team (7-1 league and 15-3 overall) continues its run toward the playoffs with a trio of wins this past week. The girls picked up wins over Aspen, 59-13, Roaring Fork, 46-30, and Grand Valley, 51-36. In boys action, the Bruins were 53-39 winners against Aspen, lost 50-37 to Roaring Fork and lost a 71-52 decision to Grand Valley.

For the girls, the 59-13 score in the Aspen (0-8 in 3A WSL and 3-14 overall) game tells it all. Cedaredge's defense controlled the game from start to finish allowing the offense free rein in the game with the Bruins' bench seeing plenty of action.

Roaring Fork's girls provided more adversity in the Feb. 14 game. The Rams, 5-2 and 11-6, had more offense to keep the game within sight. The Bruins defense still controlled the game tempo to a degree and won the contest by 16 points, 46-30.

In Parachute, Cedarege's aggressive game was strong enough to keep the 5-3 and 13-5 Cardinals off guard for much of the game. There were no results posted for games played this week.

Cedaredge's boys, sitting in ninth place in the 3A WSL at 1-7 and 4-14, up and stunned the seventh place Aspen Skiers, 3-5 and 11-8, with help from a defense which limited Aspen to just 14 first-half points. The Bruins put the game away with a 16-12 fourth quarter run. Senior Colby Rupp scored 15 points for Cedaredge with double digit help from Owen Craig (12) and Jacob Brown (10). Alex Barron helped with the win in other areas with 10 rebounds, nine assists and three steals. Conner Brooks had four assists and four steals in the win.

Grand Valley had too much firepower for the Bruins on Saturday. A 14-4 first quarter got the Cardinals rolling and a 24-13 third quarter was the big blow in the game. Jacob Brown scored 14 points to lead the Bruins' offense with Craig adding 11 counters in the loss.