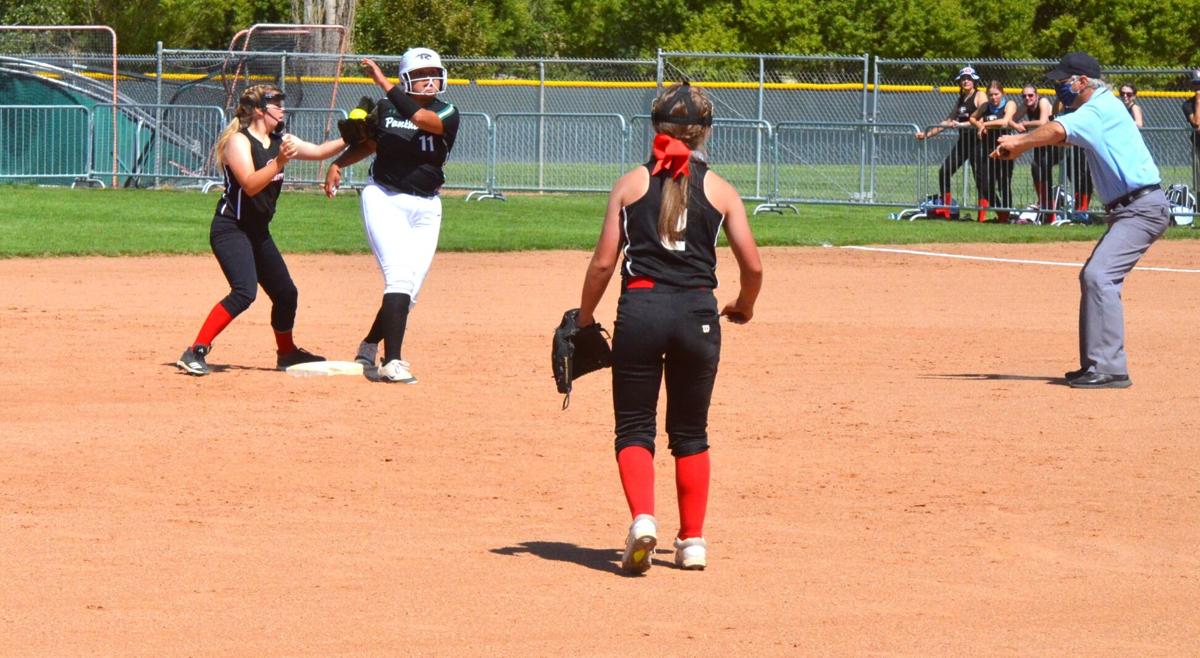 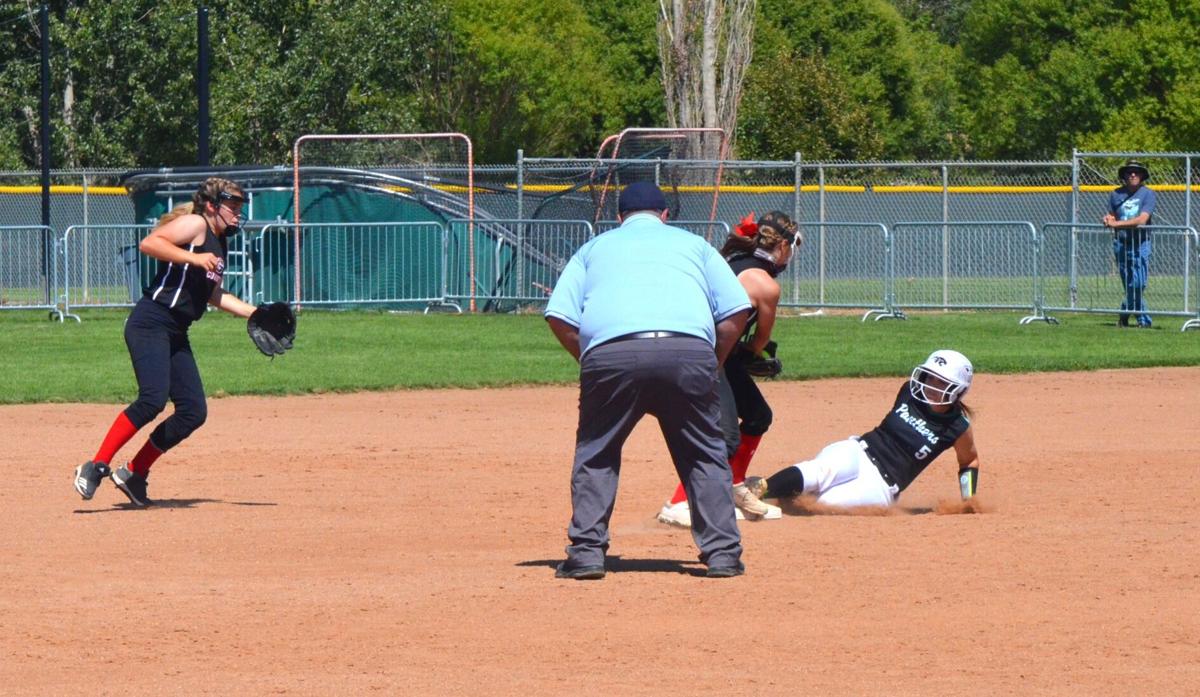 After a nasty weather front moved through the Western Slope, Delta High School’s softball game against Gunnison was moved from Sept. 8, to Saturday, Sept. 12. The Panthers played a doubleheader with Meeker (played in Rangely) on Thursday, Sept. 10, prior to playing the makeup game with Gunnison on Saturday. The results were all favorable with Delta winning all three of those contests. The Panthers won their first game against Meeker by a score of 9-4 behind the pitching of freshman Tatem Miller and used the arm of sophomore Jill Robinson to win game two, 10-0. Delta avenged an earlier season loss at Gunnison (12-11) to earn a 16-hit 19-9 win on Saturday with the Cowboys in Delta.

In Rangely, Delta and Meeker were scoreless for the first two innings before the Panthers scored two runs in the top of the third inning. Meeker scored once in its half of the inning making the score 2-1 heading into the fifth inning.

Delta’s bats came alive in the fifth with a four-run effort to take a 6-1 lead. The Cowboys had a mini-surge of their own and plated three runs to keep the score close at 6-4. Neither team scored in the sixth inning.

The Panthers put the game away in the seventh inning with three runs and left the game in the hands of their defense to seal a 9-4 decision in Western Slope League play.

Senior Keely Porter blasted a home run in a 2-3 day at the plate and drove in three runs for the Panthers. Porter also scored two times in the win. Miller was 2-4 with the bat for an RBI with a double in the game, and she also scored twice for the Panthers. Senior Teja Smith was 3-4 with an RBI, a double and scored two runs. Junior Elena Hancock and freshman Juelz Sandoval also had an RBI for the winners.

The Panthers had 11 stolen bases in the game with Miller swiping five and Smith four to lead the way on the base paths.

Miller was the winning pitcher with seven innings of work where she gave up seven hits and allowed four runs. She had 10 strikeouts in the game.

Game two in Rangely was all Delta on the scoreboard. Scoring wasn’t a consistent occurrence, but when it did occur, it came in multiple fashion. The Panthers picked up their first two runs in the first inning and then waited until the bottom of the fifth to put the punctuation mark on the game with an eight-run burst to end the game, 10-0, via the 10-run rule.

Robinson’s stint in the circle for the Panthers was a three-hit shutout in five innings of work.

Saturday’s rematch against Gunnison had some familiar resemblance to the first meeting between the two teams on Sept. 1 in Gunnison. After building a 7-6 lead through five innings of play Delta was outscored 6-4 in a 12-11 loss to the Cowboys. Delta cruised its way to a 14-5 lead after three innings of play in Delta and then watched the Cowboys score three runs in the fourth to cut Delta’s lead to 14-8. The Panthers scored twice in their half of the fourth and outscored Gunnison 3-1 in the fifth to squash any chance of the Cowboys repeating another comeback win with a 19-9 decision.

Smith’s day at the plate against Gunnison on Saturday included three hits in four at bats with five RBIs, a double and two runs scored. Senior Kelsie Sandoval had three hits with four RBIs, a double and a run scored while Porter drove in two runs with a triple and three runs scored to her credit for the game. Senior Caitlyn Carlquist also had two RBIs for the Panthers with a hit and one run scored.

The Panthers recorded 12 stolen bases in the contest with Miller leading the way with four steals. Freshman Ava Shaball, Smith and Juelz Sandoval all added two steals each in the game.

Porter was the winning pitcher for Delta with two and a third innings of work where she allowed six hits and five runs. Carlquist made an appearance in the circle for two-thirds of an inning and Robinson finished the game with two innings of work with five hits and four runs and three strikeouts going into her pitching credits.