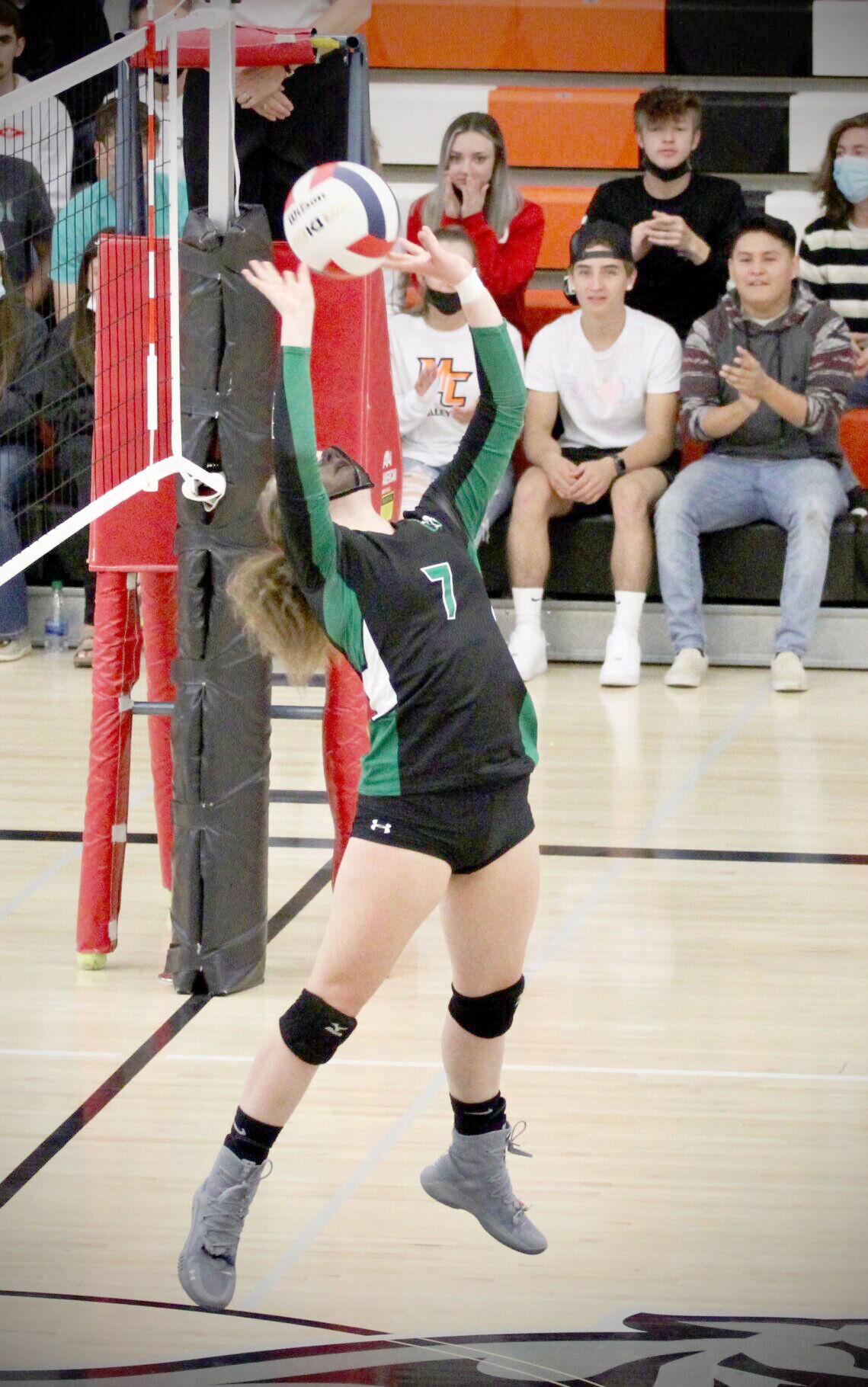 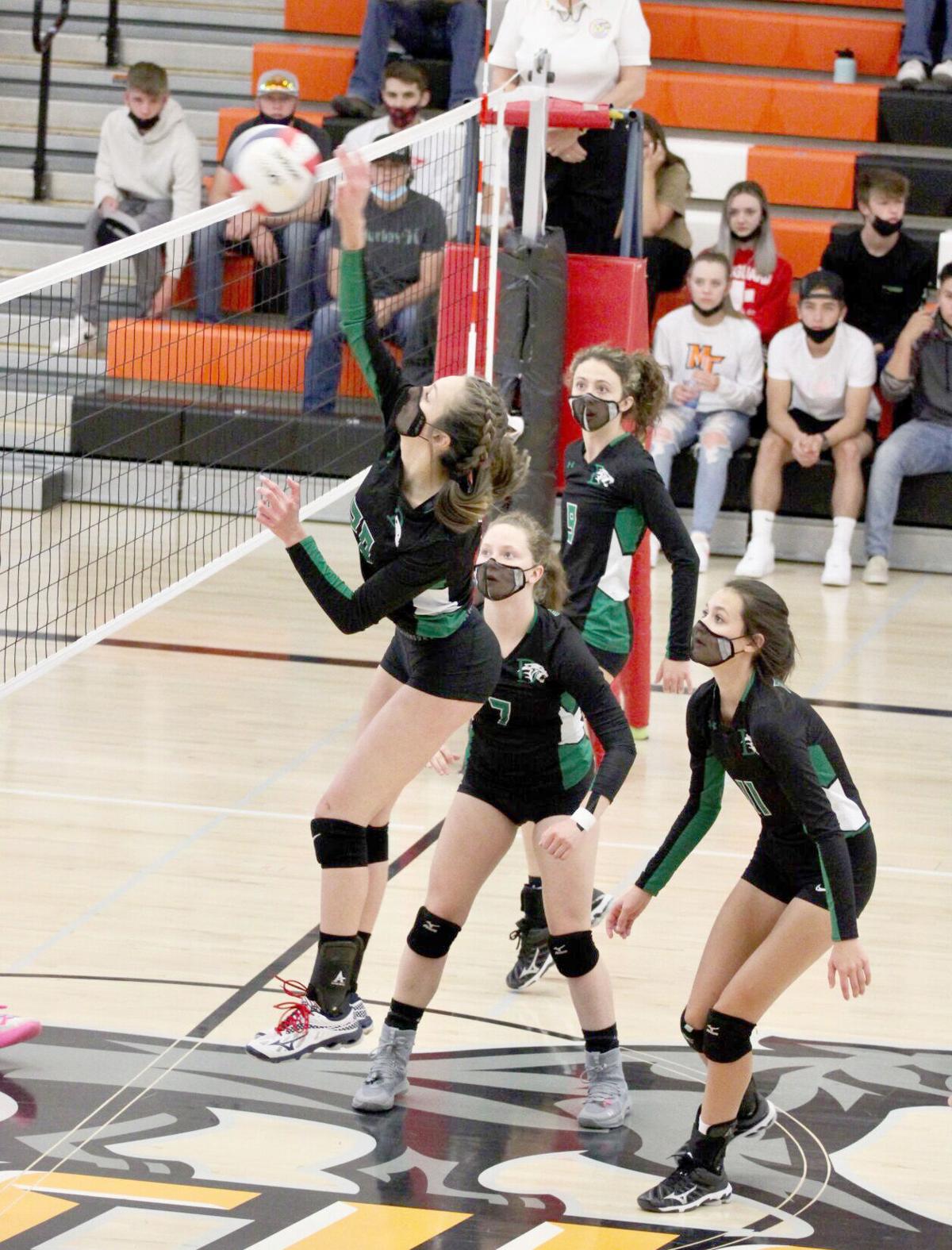 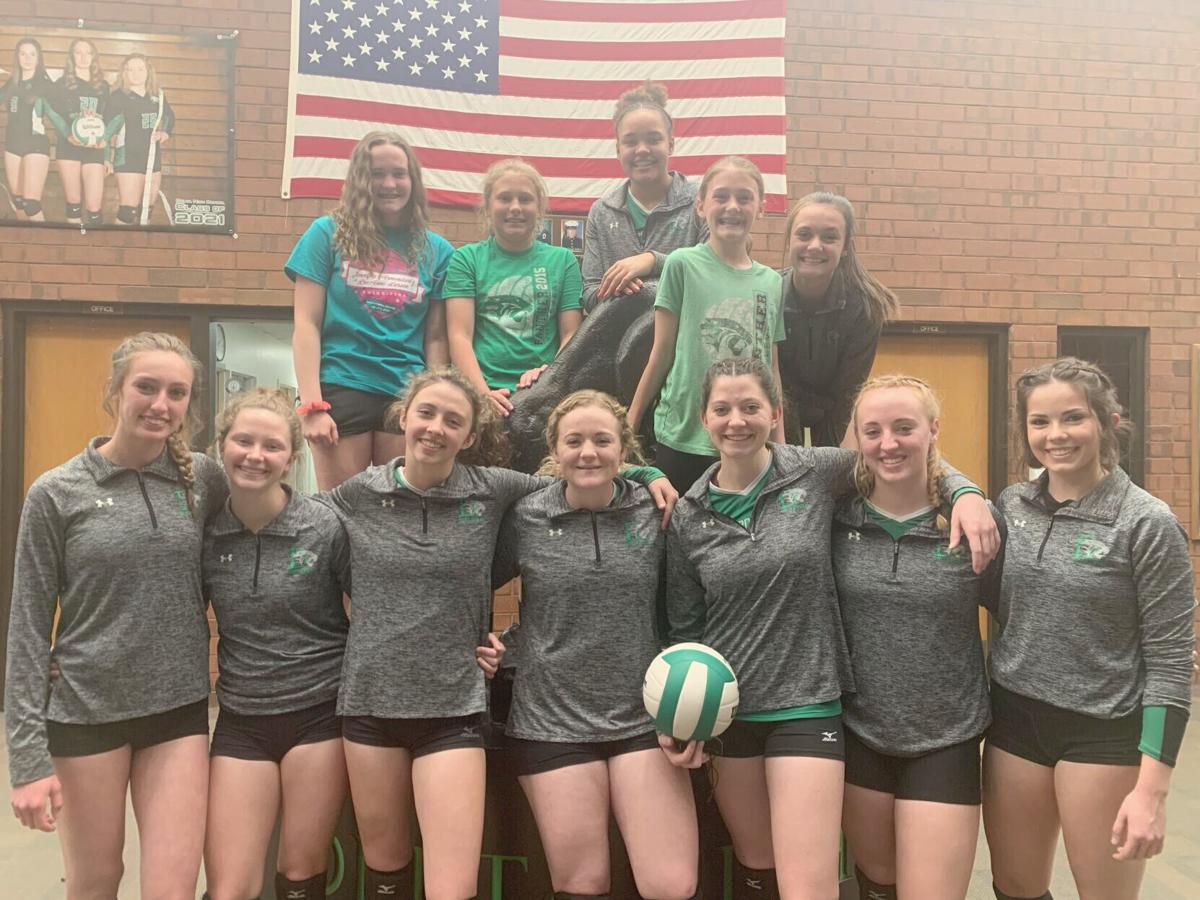 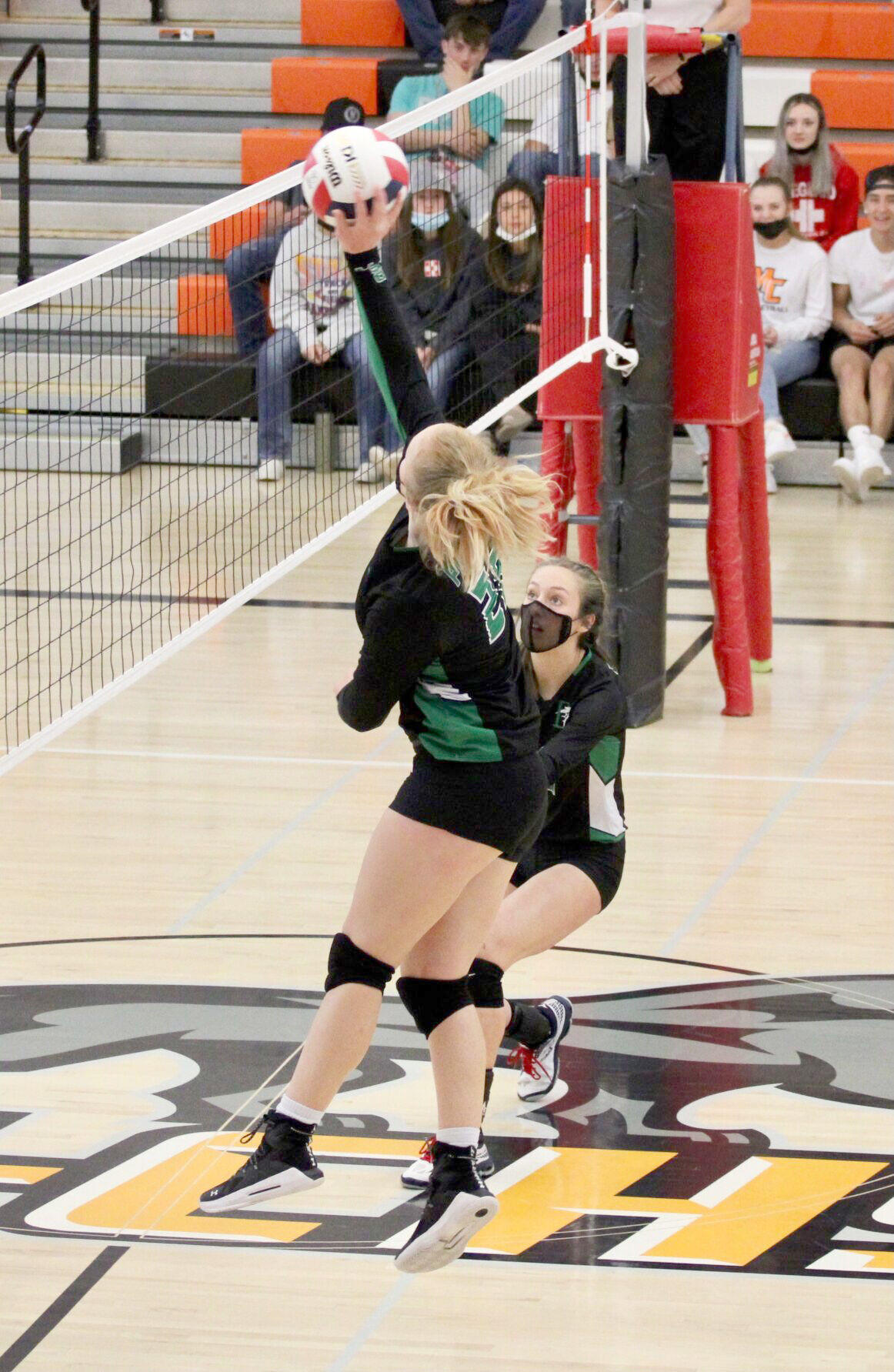 Junior Kayla Miller puts a good swing on a kill attempt while senior Hannah Sterns is ready for a backup role if needed during last week's 3-1 loss to Cortez in Region 2 playoff action.

Junior Kayla Miller puts a good swing on a kill attempt while senior Hannah Sterns is ready for a backup role if needed during last week's 3-1 loss to Cortez in Region 2 playoff action.

Delta High School’s volleyball team finished outside the 24-team limit qualifying number for postseason play but made the playoffs based on record and RPI standings to enter last week’s regionals as the number 23 seed. Delta head coach Beth Nelson was excited about her team’s selection and first round opponents, noting, “This is a great draw for us!”

Unfortunately for Nelson, and the Panthers, some bad news dampened the spirit in the middle of last week when starting junior Erika Kuta found out she had a partially torn ACL and would not be in the starting lineup when Delta was to face No. 2 Cortez in the first round of regional action in Cortez. The match against Cortez also took on a more important meaning when Manitou Springs, (No. 15) was forced to withdraw from the tournament due to COVID, leaving the only teams remaining in a battle for a berth in the 2021 state tournament, Delta and Cortez.

Delta found a “next man up” attitude to begin regional play against Cortez and struggled through the first, and most of the second, set to fall behind 2-0 to the host Panthers, who entered play with a 12-0 record.

Delta, playing with confidence and momentum from the second set, used its athleticism and determination to show the fans from Cortez some of the grit its rivals from the north possessed in compiling an 18-3 record prior to Saturday’s match.

A 26-24 win in the third set stunned Cortez and had it reeling in the fourth set before unforced errors changed the momentum to Cortez’s advantage and a third loss to end Delta’s season.

Delta gave notice to teams watching there would be a force to be reckoned with in the Panthers in the fall of 2021. Sophomore Ellie Ames and junior Raelee McCurdy were major contributors to Delta’s presence with eight kills each in the contest while senior Hannah Sterns hammered home seven kills in the loss.

Ames added to her team-leading ace numbers with three and junior Kaelynn Porter added two of her own.

Jillian Carlson dished out 25 assists for Delta with McCurdy collecting 17 service receptions to her totals followed by senior Keely Porter’s 14 receptions, another 12 receptions from Ames and 10 more from junior Kayla Miller.

Following the loss, Nelson expressed her feelings toward Delta’s Panthers. “I am so proud of how the team battled at the regional tournament. They never gave up and took a set from the No. 2 team in the state. The future looks bright. I am proud of where our program is and eagerly wait for fall to be back on the court.”