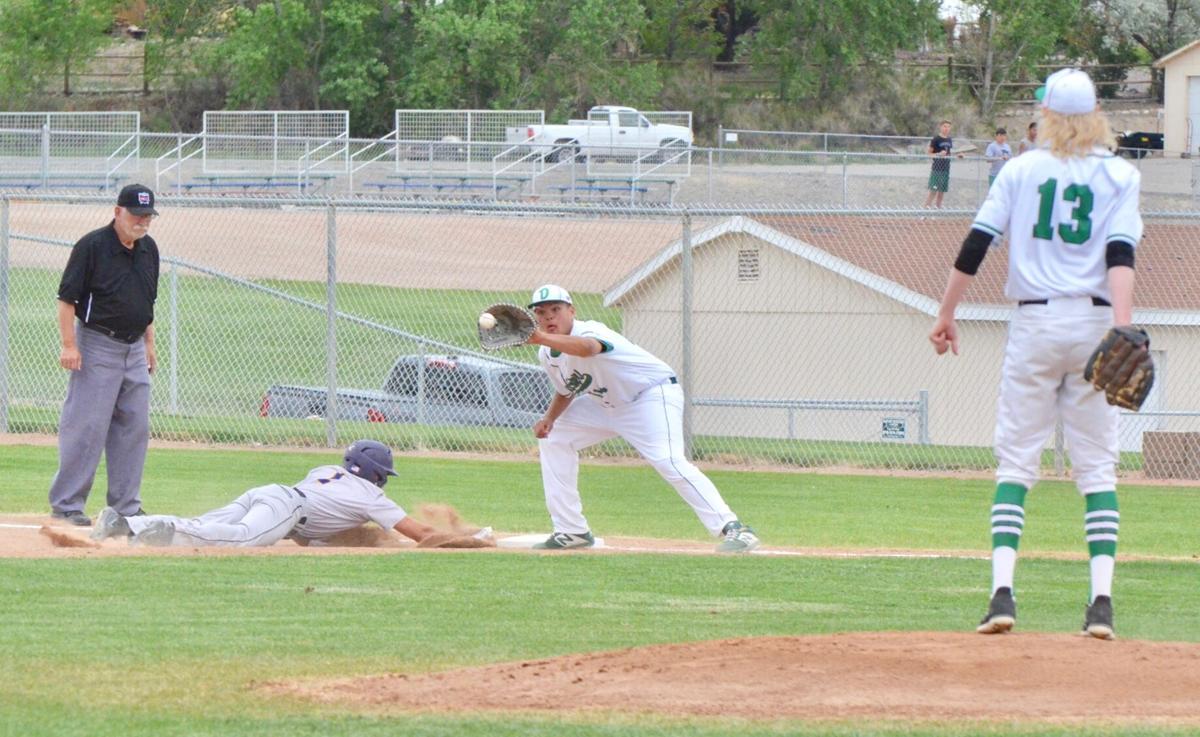 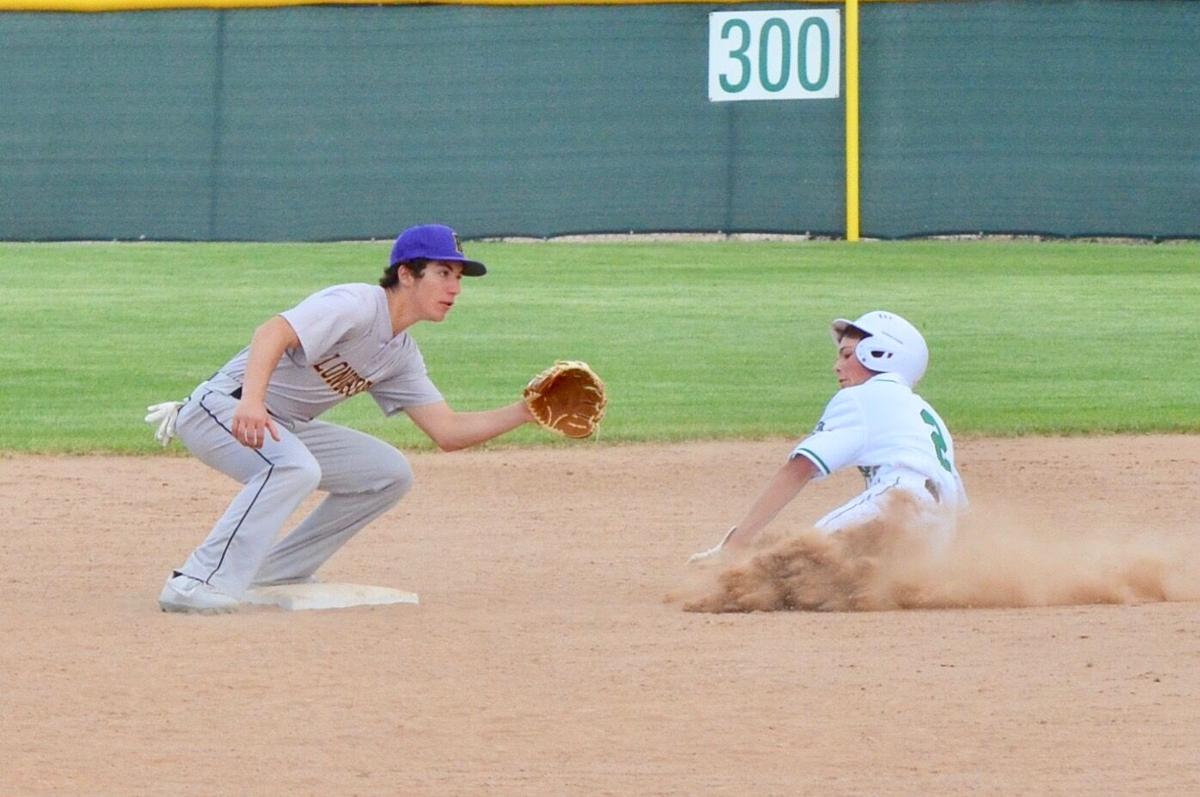 Delta freshman Landan Clay slides safely into second base during action from game one of a doubleheader against Basalt. The Longhorns won game one, 3-1, and followed with a 3-2 win in game two.

Delta freshman Landan Clay slides safely into second base during action from game one of a doubleheader against Basalt. The Longhorns won game one, 3-1, and followed with a 3-2 win in game two.

A big loss the first week in Durango might have discouraged most teams in prep baseball circles, but in Delta the setback instilled a desire to win and work harder. A doubleheader win against Roaring Fork High School on May 15 helped the young Panthers gain confidence. A competitive Basalt Longhorn team came to town on May 18 and the two evenly matched teams played a doubleheader with Basalt winning 3-1 and 3-2. The major difference in the two teams might have been the amount of varsity experience Basalt’s young team has had. Both teams feature a number of underclassmen with very few seniors on either roster.

The Panthers finished the week with a doubleheader in New Castle against Coal Ridge’s Titans, sweeping both games with scores of 16-8 and 17-2.

Clay had two hits for the Panthers with a double to his credit. Seniors Keagan Ertel-Moralez and Bradyn Carver and junior Treyton Sancoval and freshman Rylan Bynum had singles to account for Delta’s six hits in the loss. Basalt’s Wish Moore and Sam Sherry had RBI singles for the Longhorns.

Game two closely resembled game one’s format. Neither team scored until the fourth inning when the Longhorns scored all three of their runs. The Panthers picked up their two runs in the bottom of the fifth for a 3-2 win for Basalt.

Clay and freshman Brett Lahoe had two hits each in the game for Delta with each banging a double. Junior Isaac Chavez also had two hits in the loss for Delta. Basalt’s Cooper Crawford had two RBIs for the Longhorns.

Bynum was on the mound for Delta in game two and made an excellent showing with seven innings of work giving up five hits, three earned runs and striking out seven Longhorn batters.

Saturday’s doubleheader with Coal Ridge began with a low-scoring first four innings with the Panthers trailing 2-1 as the game entered the fifth inning. A seven-run fifth boosted Delta to an 8-2 lead. The Titans scored five runs in their half of the fifth but could not overhaul Delta and trailed 8-7 going to the sixth frame.

Delta repeated the seven-run effort in the top of the sixth and assumed a 15-7 lead with one inning left to play. Each team scored once in the seventh inning for a 16-8 final tally.

Ezra Kathrein earned the win to even his season record at 2-2. Kathrein worked five innings giving up six hits and seven runs while striking out six batters. Bradyn Carver and Isaac Chavez combined to finish the last two innings.

Treyton Sandoval got his first varsity home run, along with a double, to generate three RBIs in the win. Braeden Sprout had a double in three hits and finished with two RBIs as did Landan Clay on an RBI single. Freshman Brett Lahoe banged a double in two at bats with an RBI to contribute to the win.

Coal Ridge’s Jackson Wade led a trio of players with two hits and had three RBIs for the Titans.

Game two began slowly for Sprout who had the starting nod on the mound. A two-run first inning gave the Titans energy at first, but after that, “He (Sprout) just flat settled in,” exclaimed Delta coach Steve Reiher. “I was really proud of our effort all around. Today we played Panthers baseball and it was fun,” said Reiher.

Freshman Lance Porter was 3-3 with a bat and hit his first varsity home run, along with a double, to drive in two runs for the Panthers. Sprout had another three-hit game, including another double, and Lahoe and Brendan Baier had two-RBI days in the win. Keagan Ertel-Moralez chipped in a triple and an RBI in Delta’s 14-hit attack.

Delta played Palisade at Sam Suplizio Field on Tuesday and will host Rifle on Thursday with varsity action set for 3 p.m. The Panthers conclude the week in Craig for doubleheader action against Moffat County at 11 a.m. and 1 p.m.

Next week’s action begins on Wednesday, June 2, with doubleheader action against the visiting Gunnison Cowboys beginning at 3 and 5 p.m.