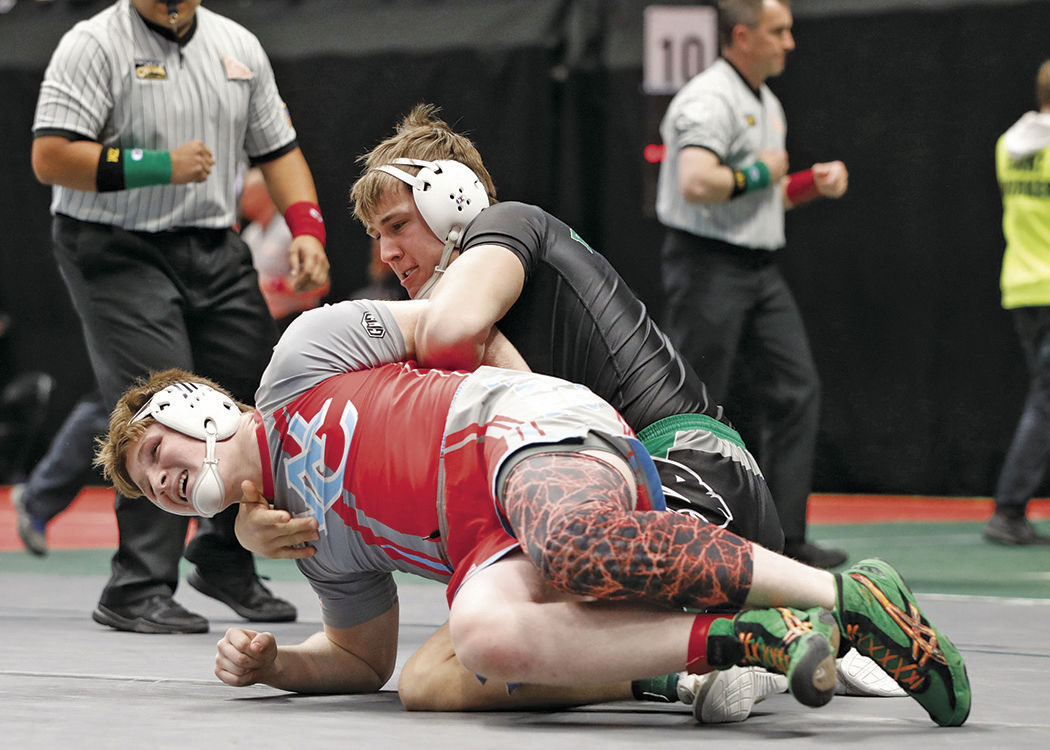 Wrestling at 195, Delta High School senior Gauge Lockhart controls his Weld Central opponent at the Colorado state wrestling championships in Denver Friday. One of two state qualifiers for the Panthers, Lockhart injured his shoulder in the match and did not place. 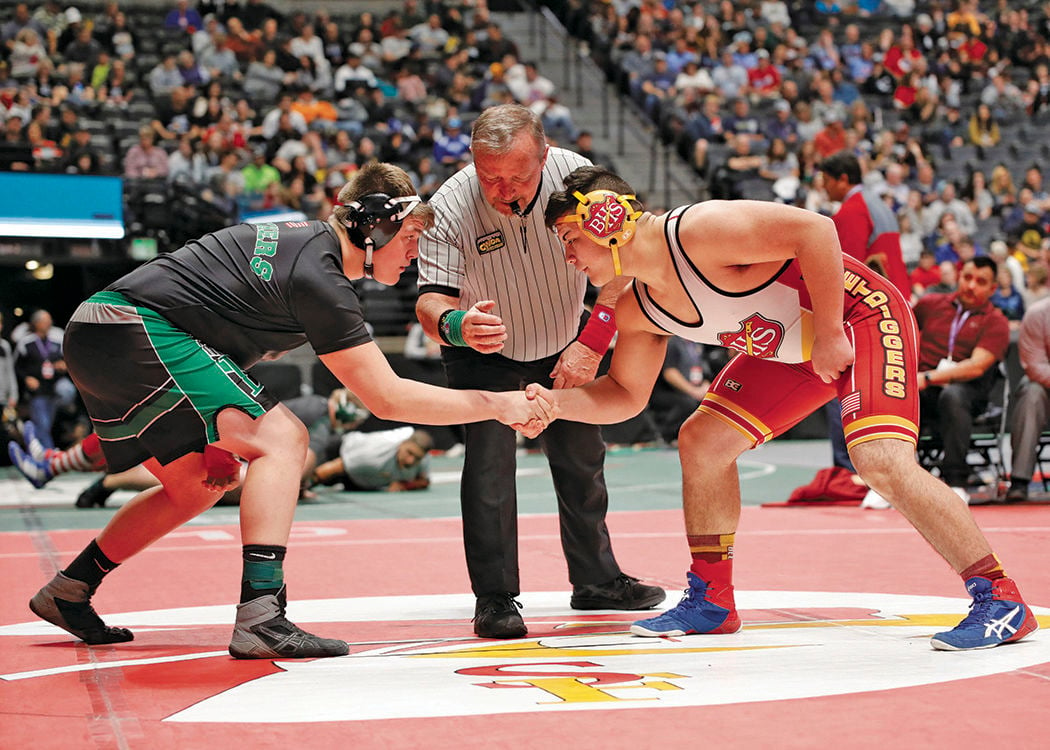 Wrestling at 195, Delta High School senior Gauge Lockhart controls his Weld Central opponent at the Colorado state wrestling championships in Denver Friday. One of two state qualifiers for the Panthers, Lockhart injured his shoulder in the match and did not place.

It wasn’t the finish to the season and the Class 3A state wrestling tournament they had imagined.

Following a painful consolation-round loss by Gauge Lockhart, the No. 2 seed at 195 pounds, Delta Panthers head coach Clayton Curtis praised the senior for giving each match everything he had.

Lockhart opened the tournament with a first-round pin over Strasburg. But in the quarterfinals, Lockhart lost by fall to Platte Valley — a wrestler he’s defeated in the past — late in the third period. A 31-7 wrestler who placed third his junior year. This season Lockhart has trailed in points in just six matches, said Curtis.

In his first consolation match, Lockhart rebounded to win by an 11-7 decision but injured his left shoulder in the third period.

“He was winning by quite a bit,” said Curtis. “The guy got in on a shot and he kind of relaxed. He picked him up and put him right on his shoulder.”

It’s his senior year, said Curtis. “When a lot of people would have said ‘no, he said, ‘I want to try.’” Lockhart lost his next match by fall (2:18) to John Slowey of Steamboat Springs, ending his chances of placing.

Delta’s other qualifier, 220-pounder Eli Miramontes, wrestled 1-2 for the tournament.

It’s been a tough year for the Panthers. One student was killed and another seriously injured in a car crash, and wrestler Brandon Butler lost his life. “You can tell that emotions have been up and down, day to day, week to week,” said Curtis. “It’s been a roller-coaster.”

Through it all, Lockhart, “a good athlete and a good person,” was a leader, said Curtis. “Gauge has consistently performed. This is a sad one.”

Looking to next season, “It’s going to be a big loss, losing him as a senior,” said Curtis. “Who’s going to replace that? I don’t know. I’m hoping somebody will step up and replace his leadership.”