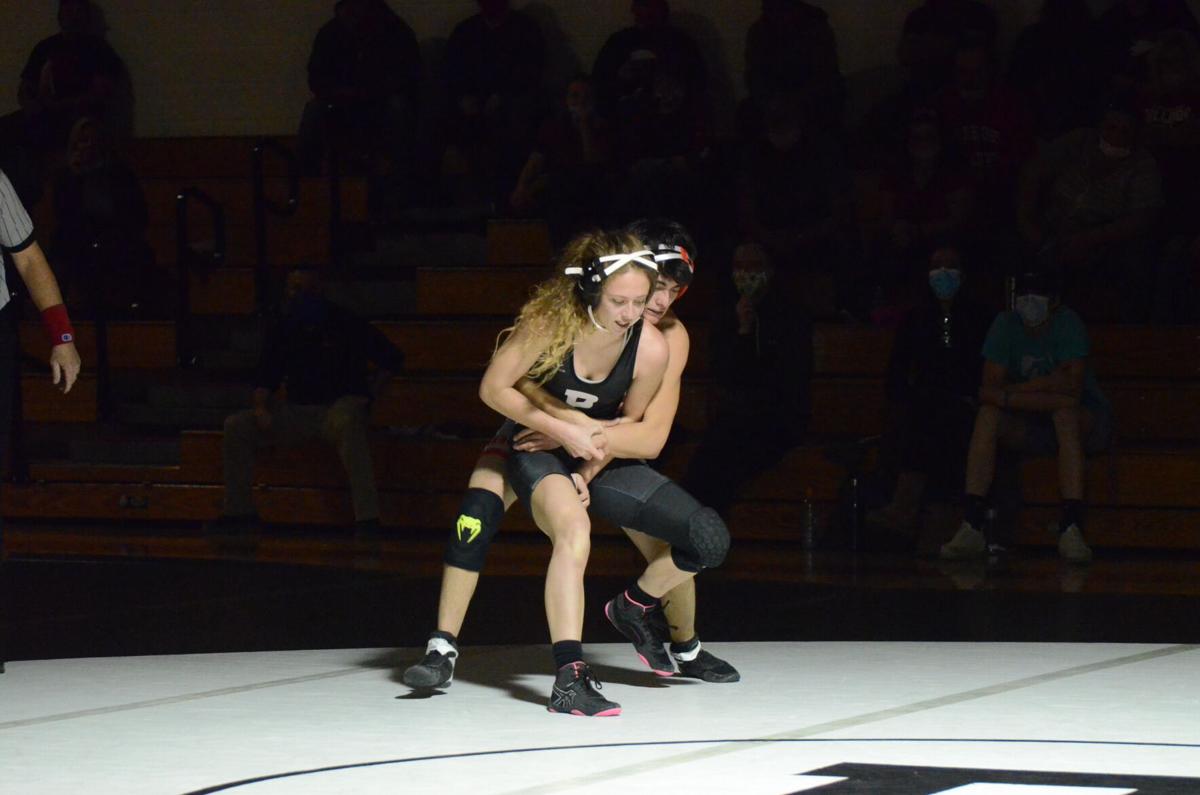 Paonia High School's Payton Fister works for an escape against Hotchkiss High School's Anthony Scanlon in the 113-pound weight class during dual action between the two schools on Feb. 11. Fister took Scanlon deep into the match before being pinned. Paonia won the dual, 48-28. 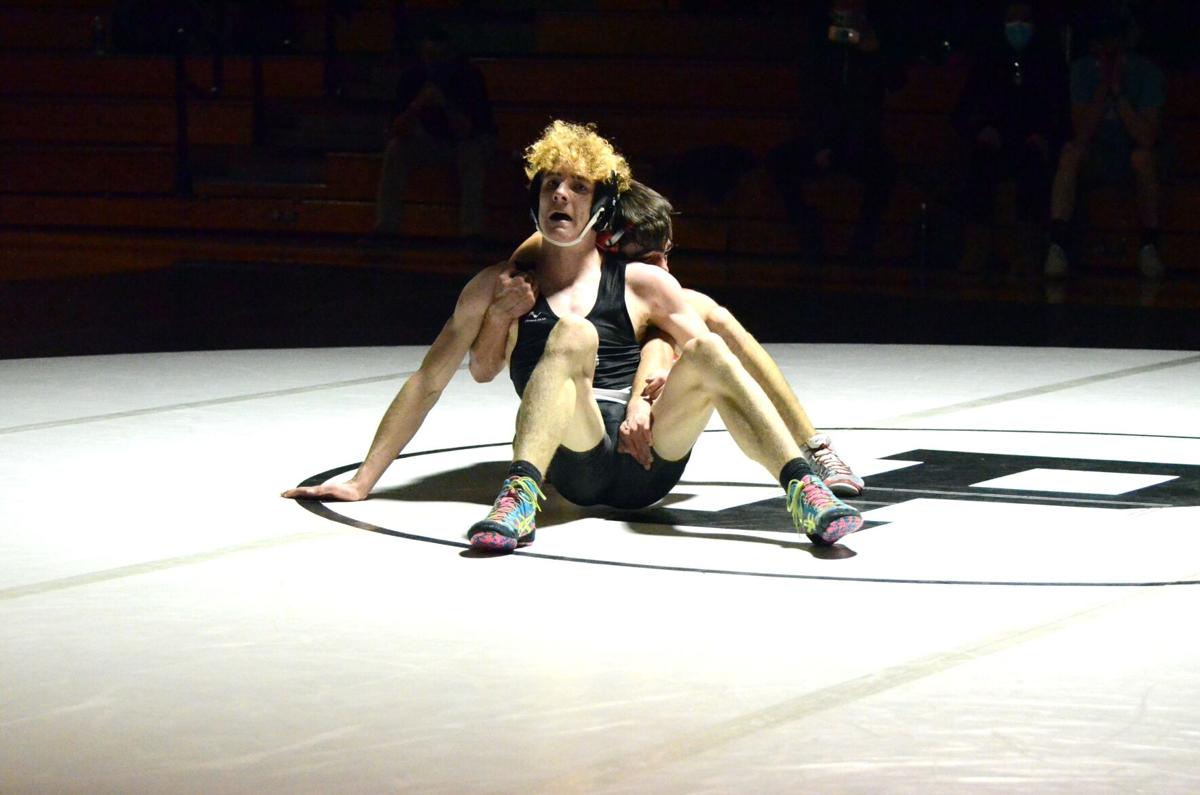 Paonia High School's Payton Fister works for an escape against Hotchkiss High School's Anthony Scanlon in the 113-pound weight class during dual action between the two schools on Feb. 11. Fister took Scanlon deep into the match before being pinned. Paonia won the dual, 48-28.

Hotchkiss High School came into Thursday’s (Feb. 11) wrestling dual against Paonia High School with some open weights. Hotchkiss coach, Duff Seaney, needed some pins to help offset the points the Eagles were going to pick up on forfeits. Paonia picked up six forfeit wins beginning at 195 — Malachi Deck, 106 — Noah Valdez, 120 — Ian Stanfield, 126 — Jason Kuntz, 145 — Reagan Todd and 152 — Jacob Arterburn. Hotchkiss was unable to keep up with all those forfeits and the Eagles won the dual, 48-28, with Anthony Miller wrestling an extra bout at the end of the match against Dakota Shelden in the 285-pound weight class. Miller pinned Shelden to win that bout.

Miller and Hotchkiss’ Same Ware opened Thursday’s contest in the 220-pound class where Miller won by pinfall (0:59). The Bulldogs’ Christian Matus pinned Omni Jurdkins to win at 285 with Anthony Scanlon picking up a pinfall win over the Eagles’ Payton Fister in the 113-pound weight class.

Hotchkiss’ Robert Cochran earned a 9-1 major decision over Ace Connolly in the 132-pound bout and the Eagles’ Logan Farnsworth pinned Kaiden Caudle to win at 138.

Paonia’s Dawson Morgan took the Bulldogs’ Traycer Hall into the third period before earning a pin at the 5:28 mark of their 160-pound match. Justin Mattison found the right move early in his match against Paonia’s Kohen Booth to score a pin at 170 and Paonia’s Trenton Gaston scored a pinfall over Josiah Peters as the first period horn was sounding in the 182-pound bout.

Nucla’s points came with JW Naslund’s pinfall over Kuntz in the 126-pound bout. There was a double forfeit in the 120-pound class.

Norwood’s 182-pounder, Colten Harris, scored a pinfall over Gaston to prevent a shutout.

Paonia duplicated its 63-6 score against Rangely with just four forfeits included in the final score for the Eagles. Valdez (106), Stanfield (113), Farnsworth (138) and Arterburn picked up the four forfeit wins for Paonia.

Rangely’s lone points in the match came at 152 with Morgan dropping an 11-8 decision and at 285 when Jurdkins lost a tie-breaker decision (UTB 3-2).

Paonia began winning actual matches between competitors at 126 when Kuntz won by pin, followed by Connolly’s pinfall win at 132, Todd’s win by fall at 145, Booth’s 0:27 pinfall win at 170, Gaston’s pinfall at 182, Deck’s 6-5 decision in the 195-pound match and the final win at 220 from Miller on another pinfall win.

The Eagles are at home this Thursday, Feb. 18, for triangular action against Delta and Hotchkiss beginning at 6 p.m.