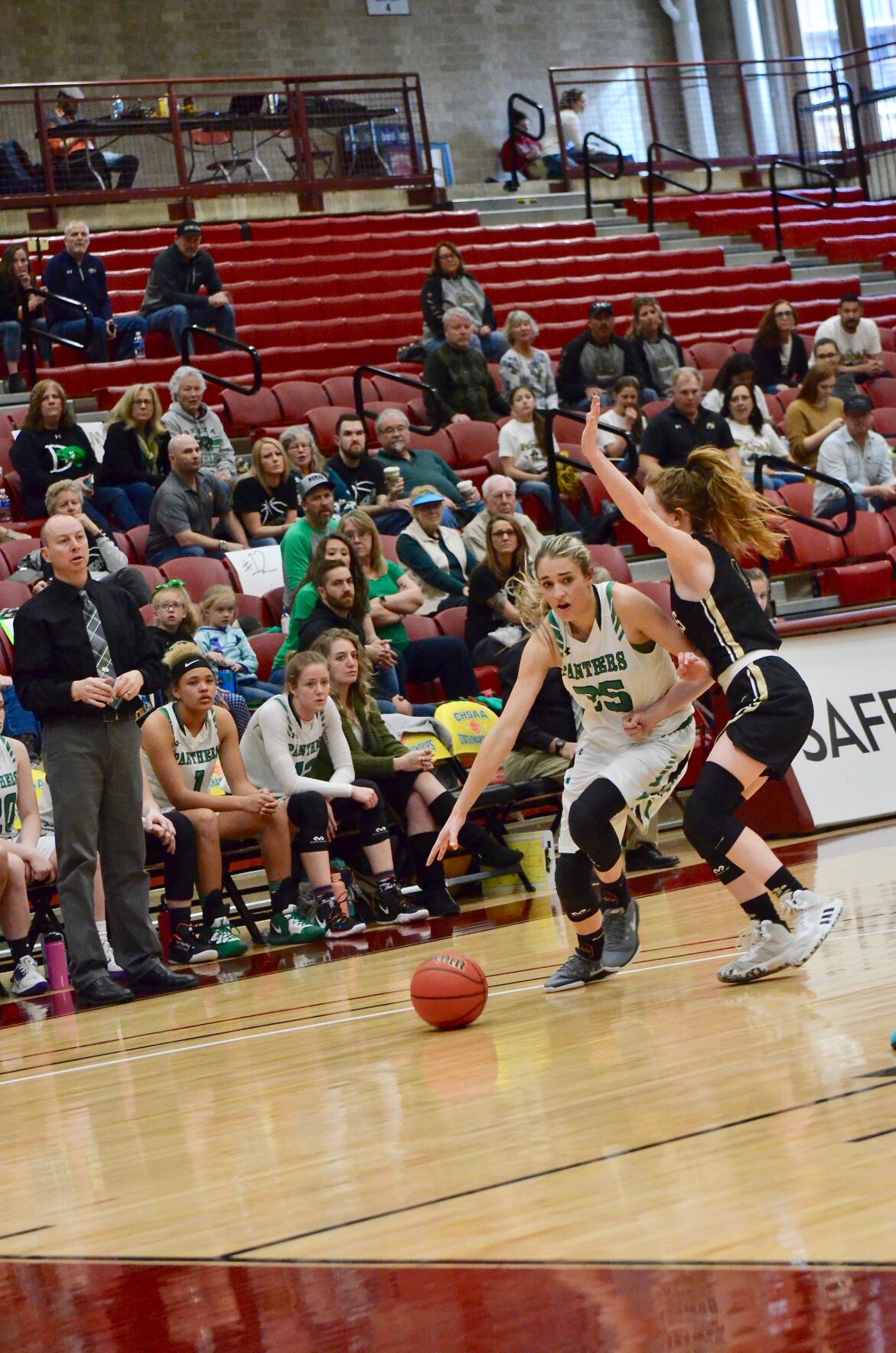 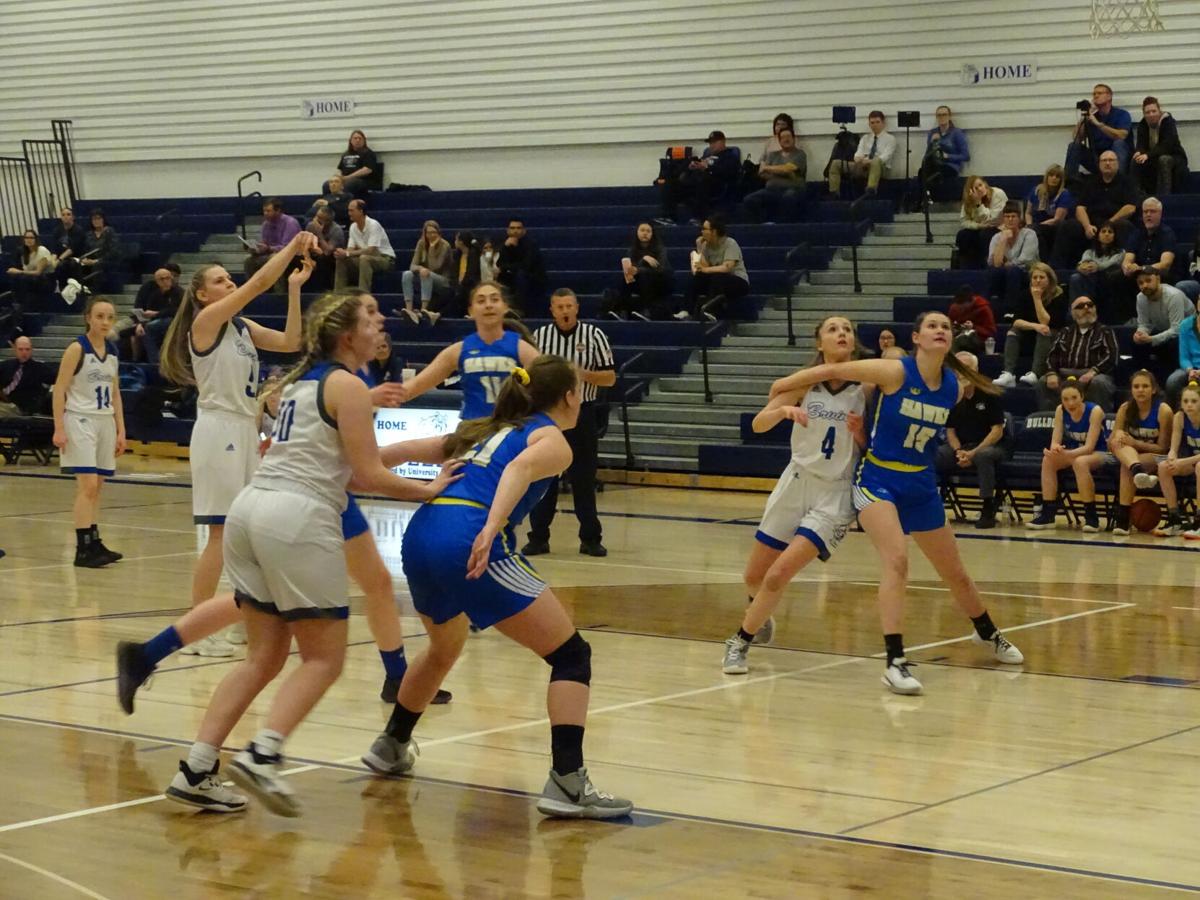 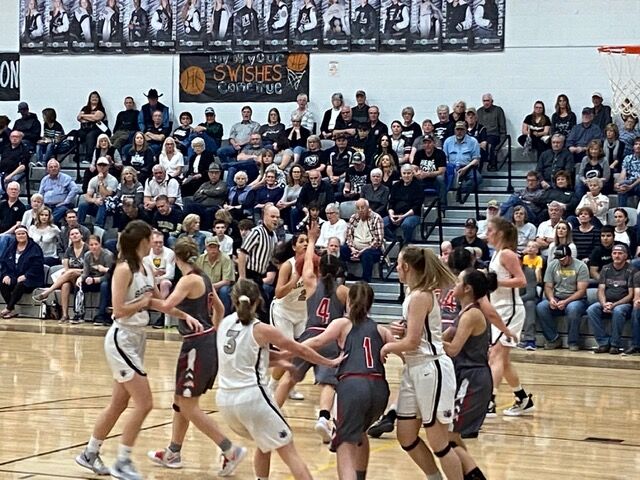 The Hotchkiss Bulldogs (dark uniforms) defend against Limon's Badgers in a Class 2A playoff game in Limon.

The Hotchkiss Bulldogs (dark uniforms) defend against Limon's Badgers in a Class 2A playoff game in Limon.

Much as it was in Season A, everyone associated with a sport in Season B is bursting at the seams with anticipation to participate and watch their favorite sports and activities. And with COVID-19 very much in the picture, there are plenty of mandated restrictions to apply to the various sports for Season B athletes to cope with. One of the most concerning additions to the long list of restrictions is the wearing of masks for high school basketball teams while playing in a game. There aren’t many teams that make it to the postseason playoffs without a good bench to supplement a strong starting lineup. This year’s journey to the playoffs may be accomplished with the aid of more than just two or three players off the bench who have traditionally been a reason for a team’s success.

On Jan. 4, CHSAA’s director of digital media, Ryan Casey announced the 2021 basketball season would be played with team members wearing masks while playing. Team members not playing are to wear masks at all times as are the coaches, managers and officials.

The 2021 basketball season will include a 14-game schedule for all classes with a 12-game sub-varsity season. Postseason play for Delta County teams (1A-3A) will include a 24-team bracket with players limited to 76 total quarters, excluding overtime and post-season games. Teams must play a minimum of seven games to qualify for the playoffs with league champions automatically qualifying for the postseason. A CHSAA Seeding Index committee will determine the remainder of the 24-team field.

College and NBA basketball athletes do not have to wear masks while participating in games due to the fact that they are tested three -14 times a week according to CHSAA Assistant Commissioner Bert Borgmann.

Delta County basketball teams have been made aware of the mask mandate and teams have been wearing masks during open gym sessions to experience the effects of their use during physical exertion.

There are concerns among coaches, players and family members about potential risks and safety with the use of masks and the ability of an athlete to sufficiently take in adequate amounts of oxygen to sustain high energy exertion over extended periods of time. There is absolutely no doubt in the minds of good coaches, who have the utmost concern for the well being of their athletes, that there will be a highly evident decline in performance from athletes as contests progress through a 32-minute battle for oxygen.

Numerous health experts note they believe masks present few risks while athletes are playing. That assumption comes without verified data due to lack of testing due to COVID.

Some coaches, such as Hotchkiss boys coach Eric Hollembeak, wanted to experience the effects of wearing a mask while performing feats of exertion. Hollembeak participated in a drill his team was assigned to perform. “I know I’m old, fat, out of shape and don’t get much faster than a slow lope when I run nowadays, but after about 10 trips down the floor I was so light-headed and short of breath that I was afraid I was going to pass out,” said Hollembeak.

Even with a few weeks left to prepare his team for its first game, Hollembeak believes he will need to substitute players every three minutes or so to ensure their safety.

Delta High School boys coach, Rob Ames, brought up another aspect of the use of masks in regards to officials. How will they cope with masks? Most officials take pride in preparing themselves for a rigorous season of activity but have not had to breathe through a mask under heavy exertion for extended periods of time. Health risks may be higher for some officials than others.

One thing is certain… everyone, from family members, players, coaches and avid fans have one thing in common, there’s going to be a season. Everyone hears praises for play everywhere with a great deal of excitement in their comments. Delta High School girls coach Kyle Crowder is more than ready for the season and recently exclaimed, “Though it’s not ideal, we will play anyone, anywhere, at any time ... with or without masks!”

Cedaredge High School girls coach Russell Coleman, whose Bruins will play in the 2A Western Slope League in 2021, claims COVID concerns are minimal and claims, “We just want to play. We’d play in HazMat suits if we had to.”