A subscription is required after exceeding complementary content limit.
You are the owner of this article.
Edit Article Add New Article
Welcome, Guest 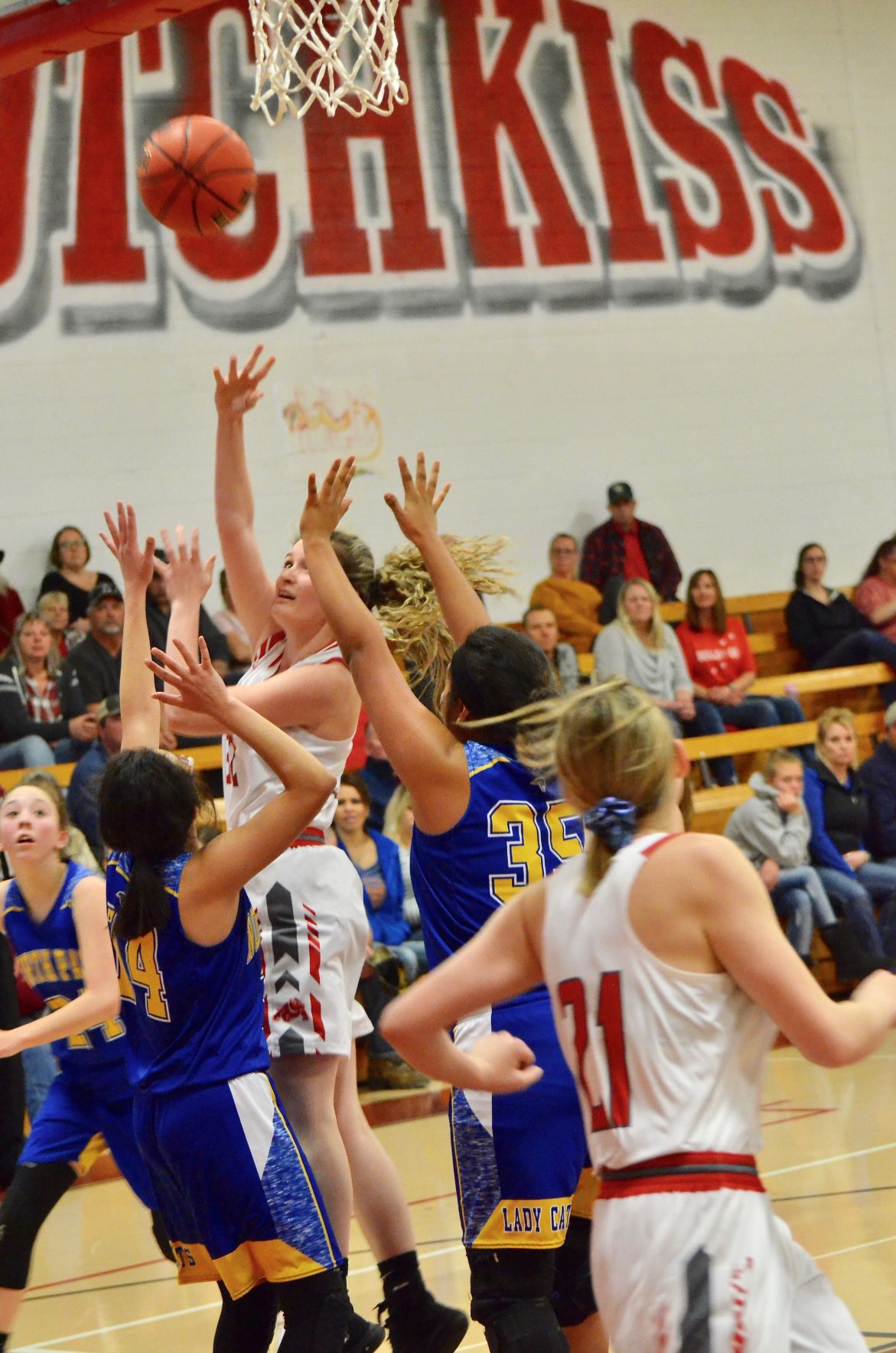 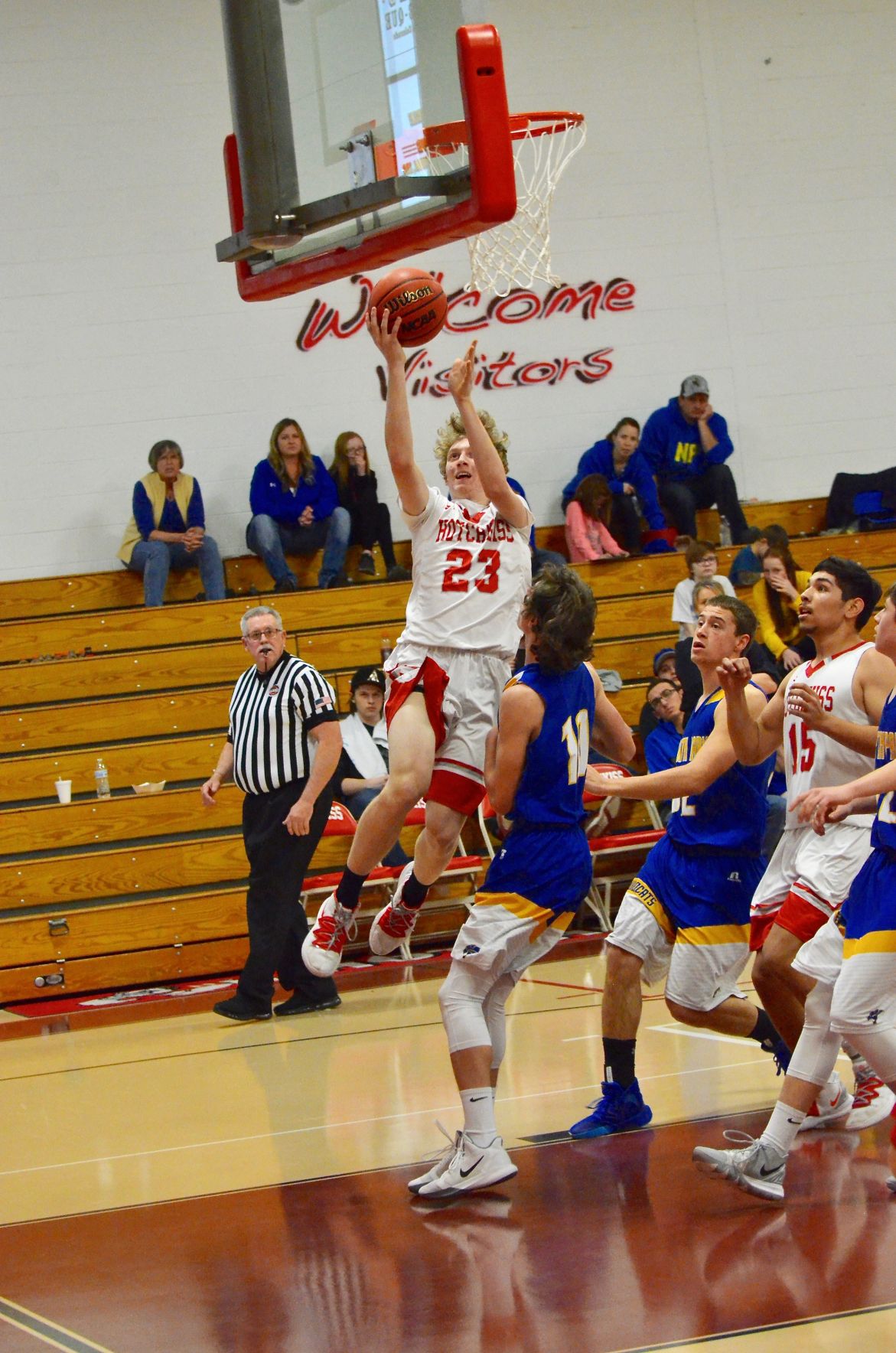 Zac Ziemer, 23, scores two of his eight points in the Feb. 8 win over the visiting North Park Wildcats.

Zac Ziemer, 23, scores two of his eight points in the Feb. 8 win over the visiting North Park Wildcats.

Hotchkiss High School was scheduled to play twice last week but had to settle for one game as Soroco High School was forced to postpone Friday's (Feb. 7) prep basketball game with the Bulldogs due to weather conditions which prevented the Rams from leaving Oak Creek. That game was rescheduled for Tuesday, Feb. 11. The Bulldogs were able to play North Park High School (Walden) on Saturday, Feb. 8. The Wildcats (2-6 2A/1A WSL and 5-10 overall) in the girls division, ran into an aggressive, and motivated, Hotchkiss Bulldogs team that took total control from the start for a 71-41 victory. In the boys division, North Park (0-9 and 1-14) felt the bite of the Bulldogs in a 54-36 loss.

Hotchkiss raced to a 22-5 lead in the first quarter of the girls game against North Park. Senior Elsie Vazquez scored six points and sophomore Indigo Miller-Barnes had five to lead five players who figured in the scoring for Hotchkiss in the opening quarter. Senior Shay Glaser scored five points in the second quarter for the Bulldogs with seven players figuring in the scoring. The Bulldogs owned a 43-10 lead at halftime.

North Park roared back in the second half to outscore the Bulldogs 31-28 but could not reduce its deficit enough to make a difference in the game's outcome.

Vazquez had 14 points in the game for Hotchkiss and led all scorers. Teammate Shay Glaser finished the game with 11 points while Vianney Mendozq scored nine points. North Park sophomore Kaylee Carstrom had 12 points for the Wildcats and junior Alyssa Myers finished with 10 counters.

Hotchkiss senior Evan Mattison had everyone's attention in the boys game with four long range shots from beyond the arc in the first half that helped the Bulldogs run to a 30-18 lead at halftime. The Bulldogs scored 12 points in each of the second half quarters while Hotchkiss' defense limited the Wildcats to 18 points over the same time span.

Mattison finished with 18 points and senior Zac Ziemer had eight for the Bulldogs. Freshman Hunter Sessions scored 12 points to lead the Wildcat's offense and senior Brock Follet finished the game with eight points .