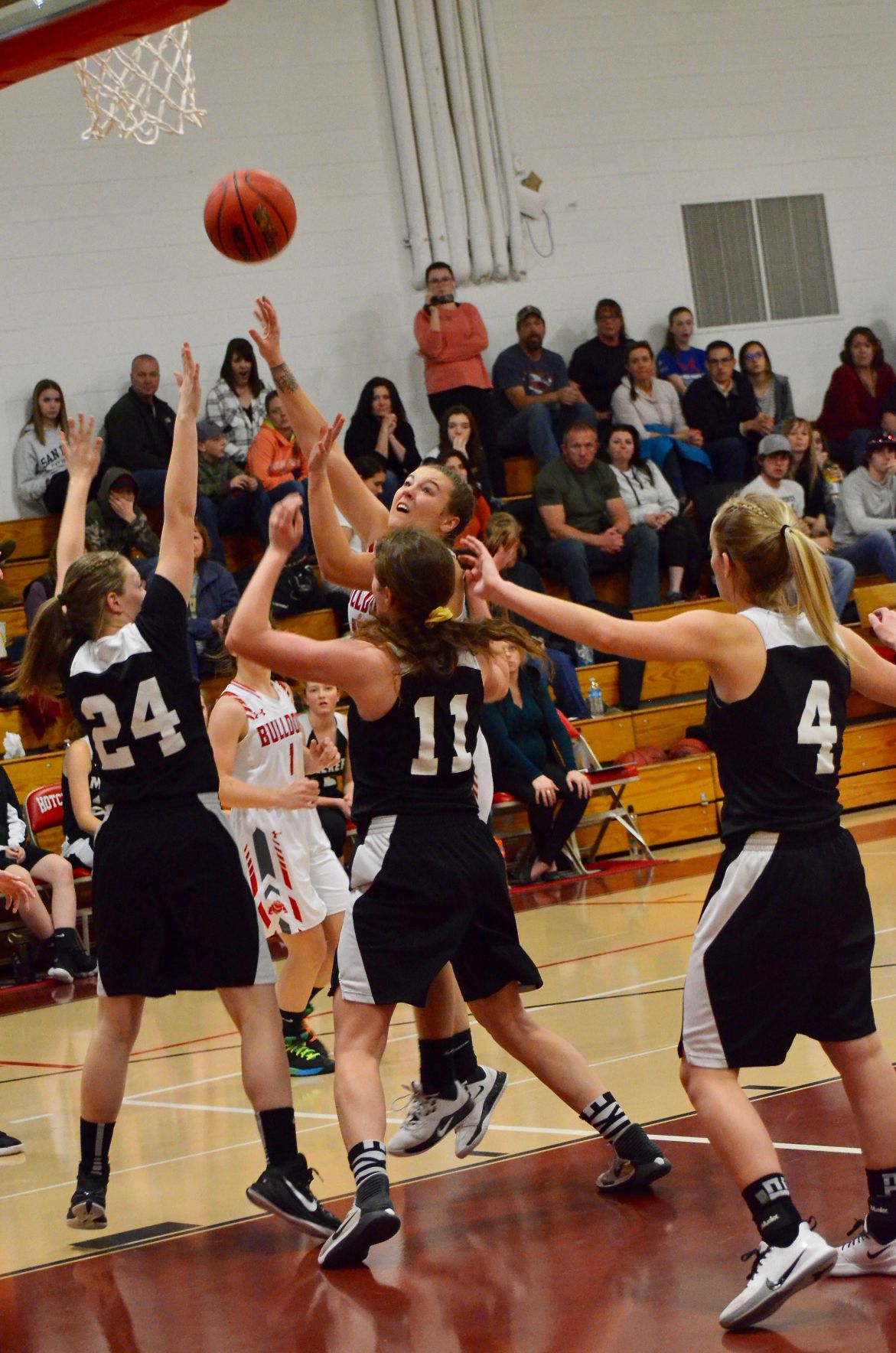 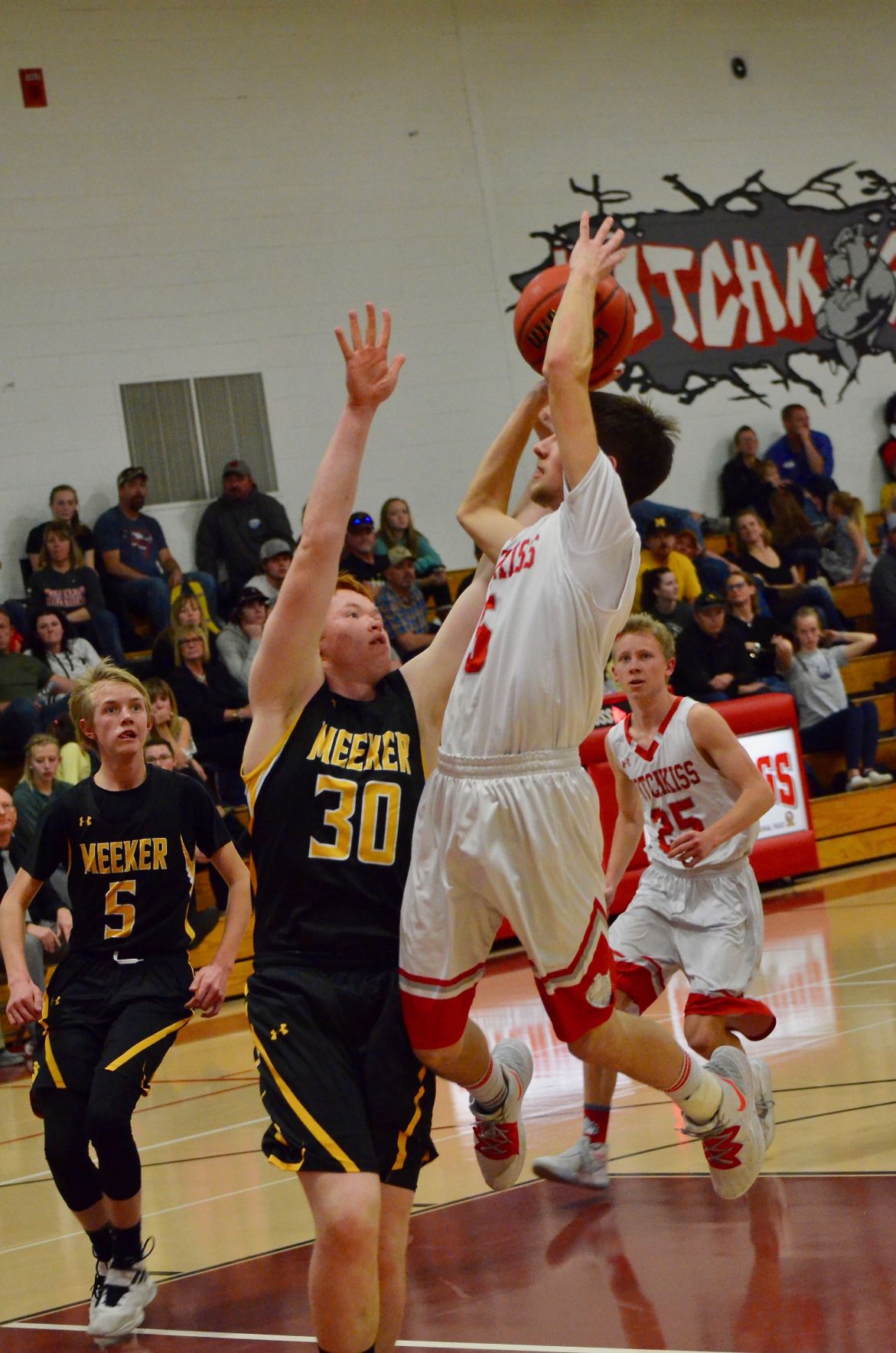 Hotchkiss High School senior Hunter Bryant twists his body to take a shot over Meeker junior Ryan Phelan in the Bulldogs' 67-55 loss at home on Feb. 14.

Hotchkiss High School senior Hunter Bryant twists his body to take a shot over Meeker junior Ryan Phelan in the Bulldogs' 67-55 loss at home on Feb. 14.

Hotchkiss High School's girls and boys basketball teams were just opposite with results this past week. Hotchkiss' girls won two of three games while the boys lost two of three games played. The girls started the week with a make up game against Soroco for a win, 43-39, lost to Meeker, 70-61, and finished the week with a 52-45 win over Plateau Valley. The boys started with a 77-46 win over Soroco, lost to Meeker, 67-55, and fell in Colbran to Plateau Valley, 60-45.

Hotchkiss trailed 38-29 at halftime against Meeker and matched the Cowboys with 32 points in the second half to leave Meeker with a nine point win. Glaser scored 11 points, 12 rebounds and five assists for Hotchkiss while Elsie Vazquez had six steals in the loss.

At Colbran, the Bulldogs started with a 10-point advantage after one period, 14-4, and was able to hold off the Cowboys down the stretch for a 52-45 win. Vazquez dropped in 15 points and had seven steals in the win with Araina Venjohn scoring 10 points. Shay finished the game with eight assists and 10 rebounds for the Bulldogs.

In boys play, Hotchkiss High School had a solid second quarter against Soroco on Feb. 11 with a 26-point effort to give the Bulldogs a 37-17 halftime lead that was never challenged from that point on. Senior Jacob Palecki led Hotchkiss with 16 points with seniors Hunter Bryant and Zac Ziemer adding 10 points each.

Against Meeker on Friday, Feb. 14, Hotchkiss fell behind 23-10 after one period and never recovered in a 67-55 loss. Meeker's Cole Rogers scored 20 points to lead the Cowboys.

Hotchkiss held its own in the opening quarter in Colbran but fell behind in an 18-4 run by the Cowboys in the second quarter to trail 32-18 at halftime. An even second half of play left Plateau Valley ahead, 60-45, at game's end.

Hotchkiss ended its regular season at home against Gunnison on Tuesday, Feb. 18. The Bulldogs begin district playoffs with pigtail games Feb. 24 and 25.