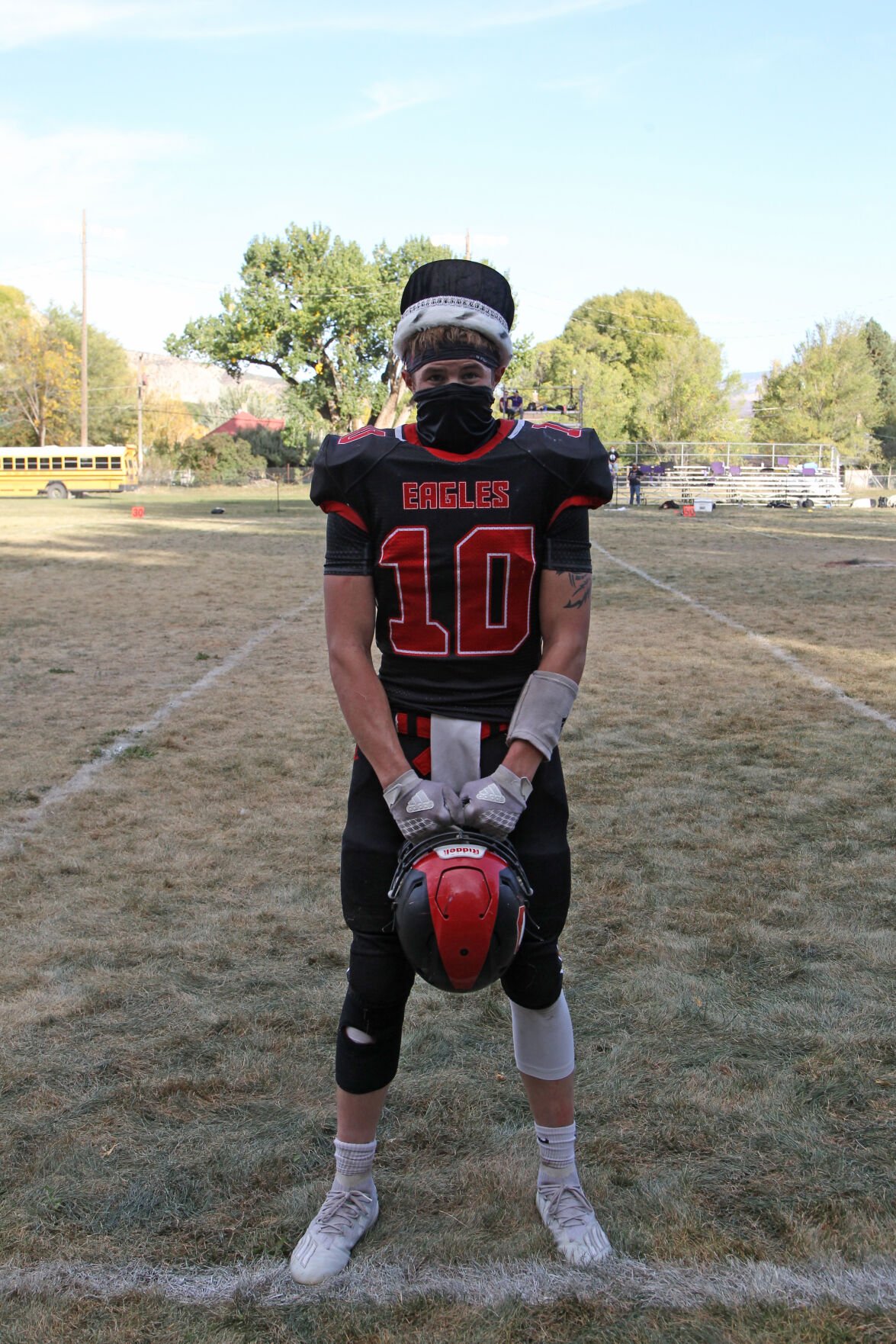 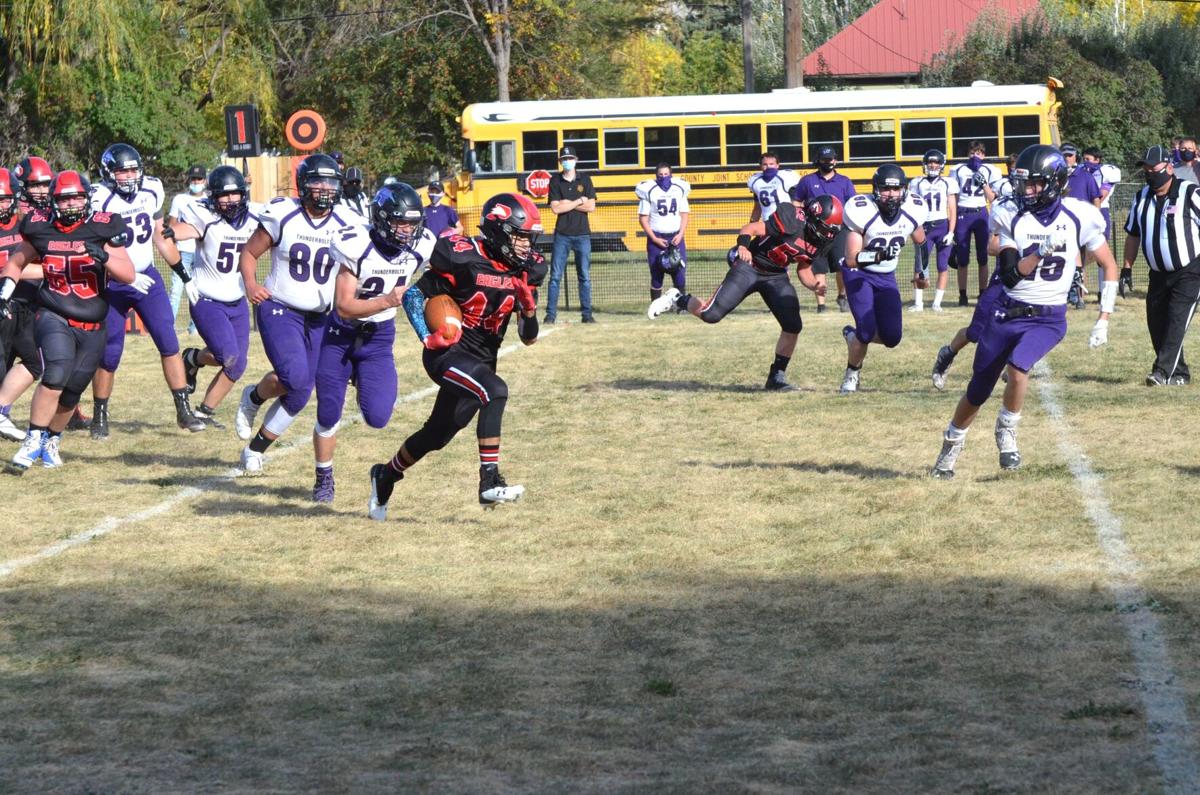 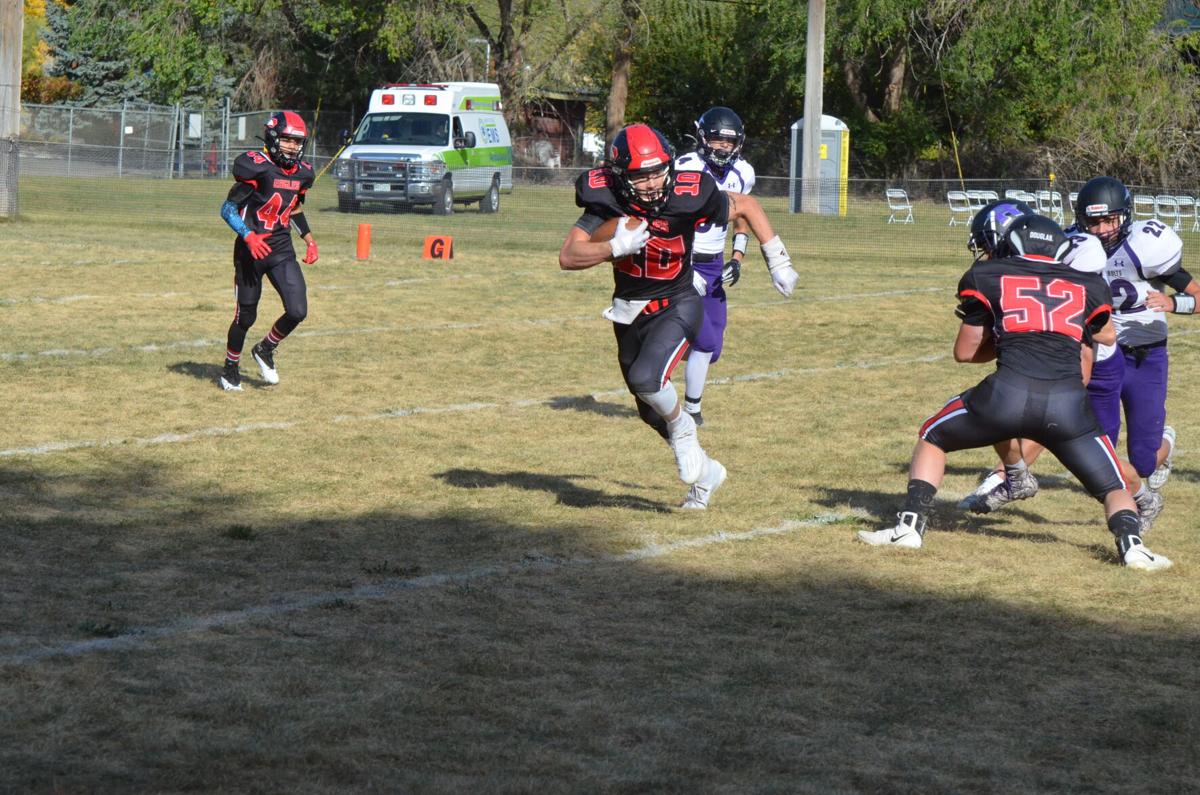 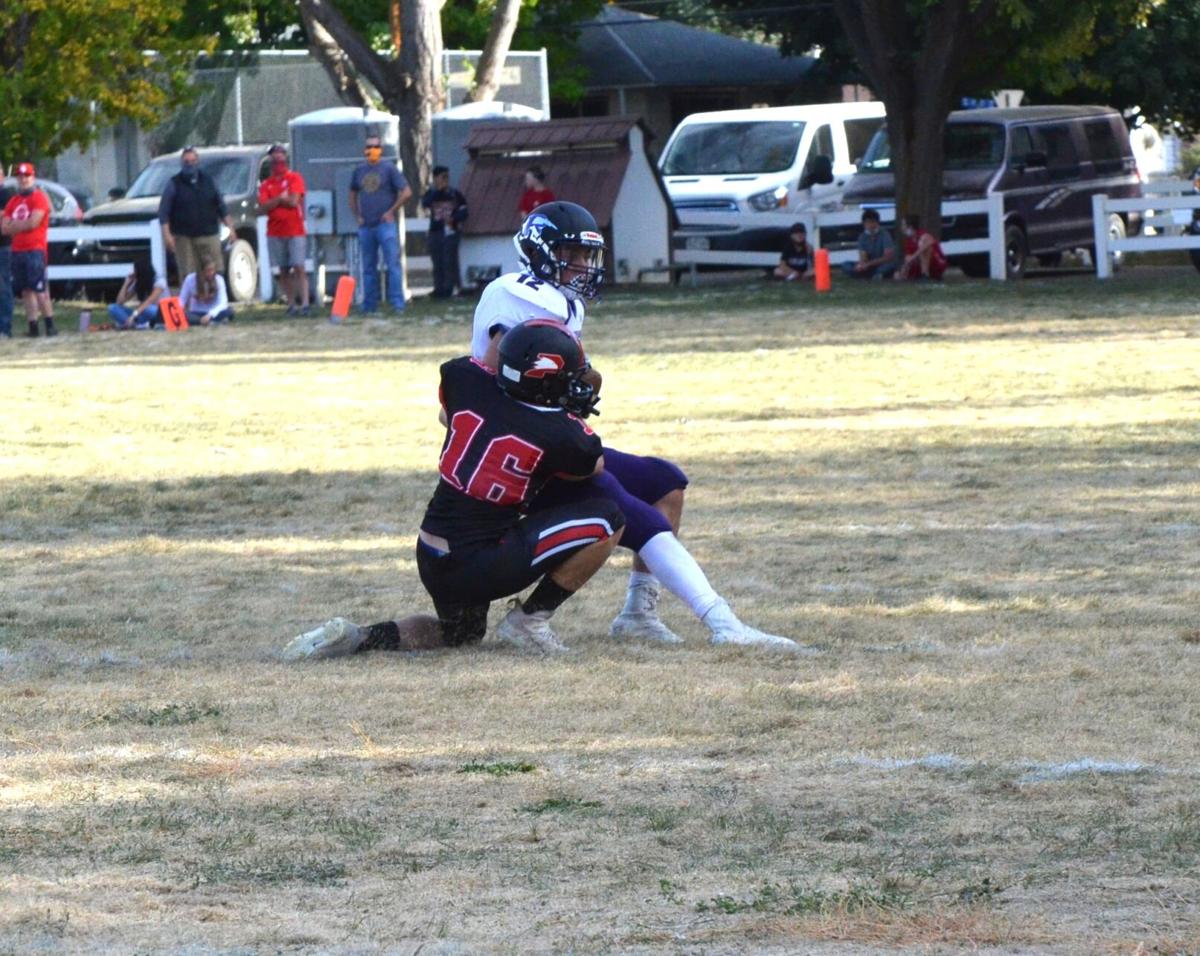 Paonia’s Zack Sievertsen (16) tackles Rye running back Daniel Indgjer for a loss in last Friday’s 13-0 loss to the Thunderbolts. 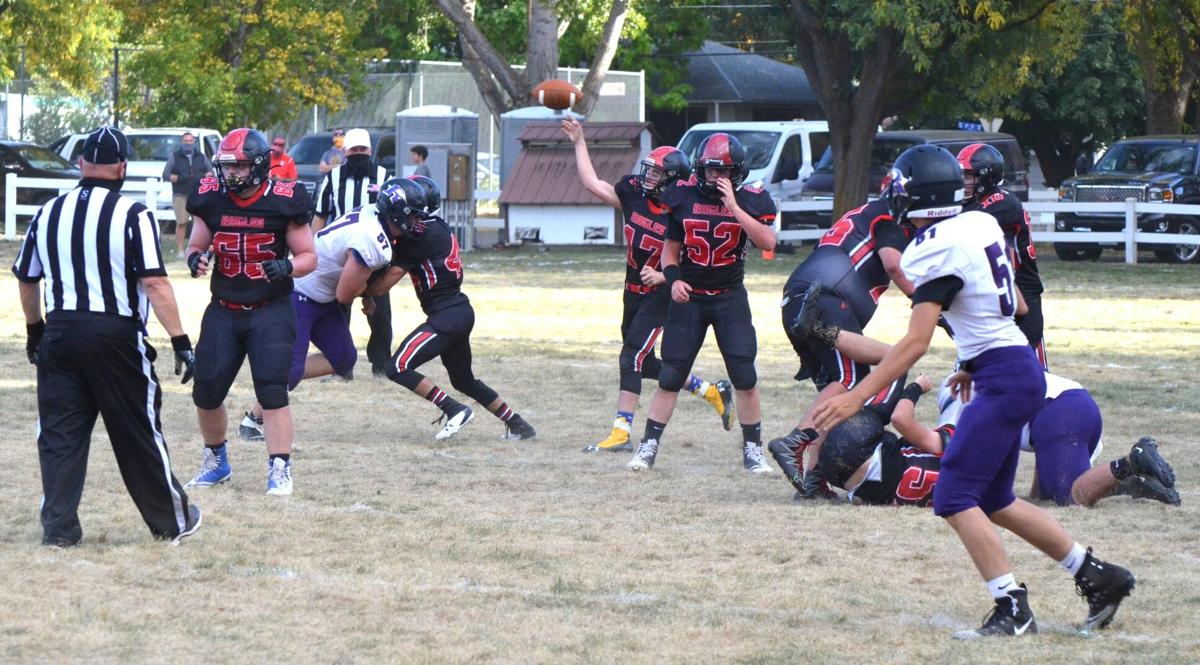 Paonia’s Jason Kuntz gets protection from his offensive linemen as he passes the ball in a 13-0 loss to Rye in last week’s 2020 opening game.

Paonia’s Zack Sievertsen (16) tackles Rye running back Daniel Indgjer for a loss in last Friday’s 13-0 loss to the Thunderbolts.

Paonia’s Jason Kuntz gets protection from his offensive linemen as he passes the ball in a 13-0 loss to Rye in last week’s 2020 opening game.

The inexperienced Paonia High School Eagles were by no means out of their 13-0 loss to Rye’s Thunderbolts in a season opener for both teams in Paonia. Turnovers were part of play for both teams as numerous fumbles kept the chain gang busy early in the first half of play.

Rye tried an onside kick to start the game, but the Eagles came away with the ball to start things off. A time out was called by Paonia coach Eric Neal as the Eagles showed confusion as they lined up for their first play. After that, the two teams traded fumbles and punts for the first quarter with a 0-0 tie heading to the second quarter.

Rye’s Hayden Polk scored an insurance touchdown in the third quarter and Indgjer kicked the extra point to give the Thunderbolts a 13-0 lead that would hold up for the game’s final score.w

The ground game for Rye was the difference in the game with Indgjer running for 89 yards on 17 carries and Polk battering the Eagles defense for 69 yards on 15 carries. Dom Felice had 50 yards on 12 carries, and Noah McDaniel picked up 35 yards on 11 carries to highlight Paonia’s ground game. In all, Paonia finished the game with 28 yards through the air and 74 on the ground for a total of 102 yards of offense. Rye had 184 yards on the ground and another 48 in the air for a total of 232 yards.

Paonia’s defense recorded 66 tackles and the Thunderbolts had 50 for the game. Felice’s 13 tackles paced Paonia with teammate Logan Farnsworth’s 10 the next highest total for the Eagles. Lane Allen had nine tackles with Edwardo Carrillo’s eight next in line. Rye’s top tackler was Polk with 12 followed by Indgjer’s nine.

Paonia coach Eric Neal had positive things to say about his team despite the loss. “It was a struggle offensively for us. The turnovers were mental mistakes but with our young team I did expect to have some (mistakes). I was very proud of the effort this young group had, and I do believe we will grow in a positive direction coming off a game like that.”

The Eagles will make the short trip to Hotchkiss for Friday’s (Oct. 16) game. The Bulldogs were in Dolores last week and had little trouble in a 52-0 win there.